Leyte is ready to take on the world through this international music festival on November 30 to December 1.

Today, October 26, is the 74th anniversary of the Battle of Leyte Gulf, one of the largest maritime battles in the history of the world. It was a decisive battle that waged over the course of four devastating days in 1944. And there's another anniversary coming up in a few weeks that we'd all rather forget: the 5th anniversary of Super Typhoon Yolanda, which hit Leyte in November 2013, destroying everything in its path, killing over 6,000 people aross the region.

Needless to say, the island has seen its share of suffering, both natural and man-made. And that's what makes For the Love of Leyte, an arts and music festival slated for November 30 to December 1, all the more noteworthy and admirable.

The two-day festival, spearheaded by the Philippines Foundation, Ginsamayan Festival, and One Love Festival (U.K.), aims to "have impact both musically and economically," as it aims to spark long-term creative and economic initiatives for the people of Leyte.

For the Love of Leyte will bring together over a dozen local and international musical acts, alongside demonstrations and workshops by Leyte artisans. Hosted on a sprawling farm outside Tacloban, the festival will feature two music stages that is best enjoyed from on-site camping.

Bullet Dumas, The Itchyworms, Ang Bandang Shirley, Ben & Ben, and Tom's Story are among the musicians in the lineup, joining local weavers and painters who will conduct the workshops. There's also a trade fair, open mic sessions, short film screenings, and other activities. 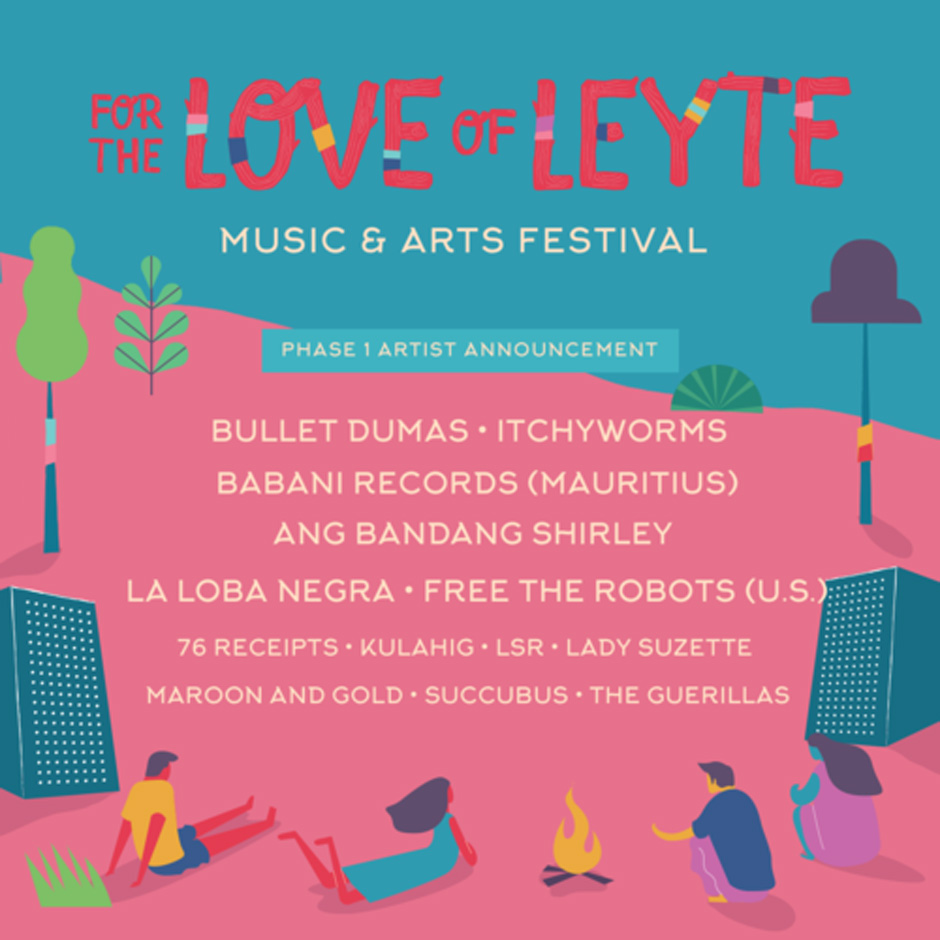 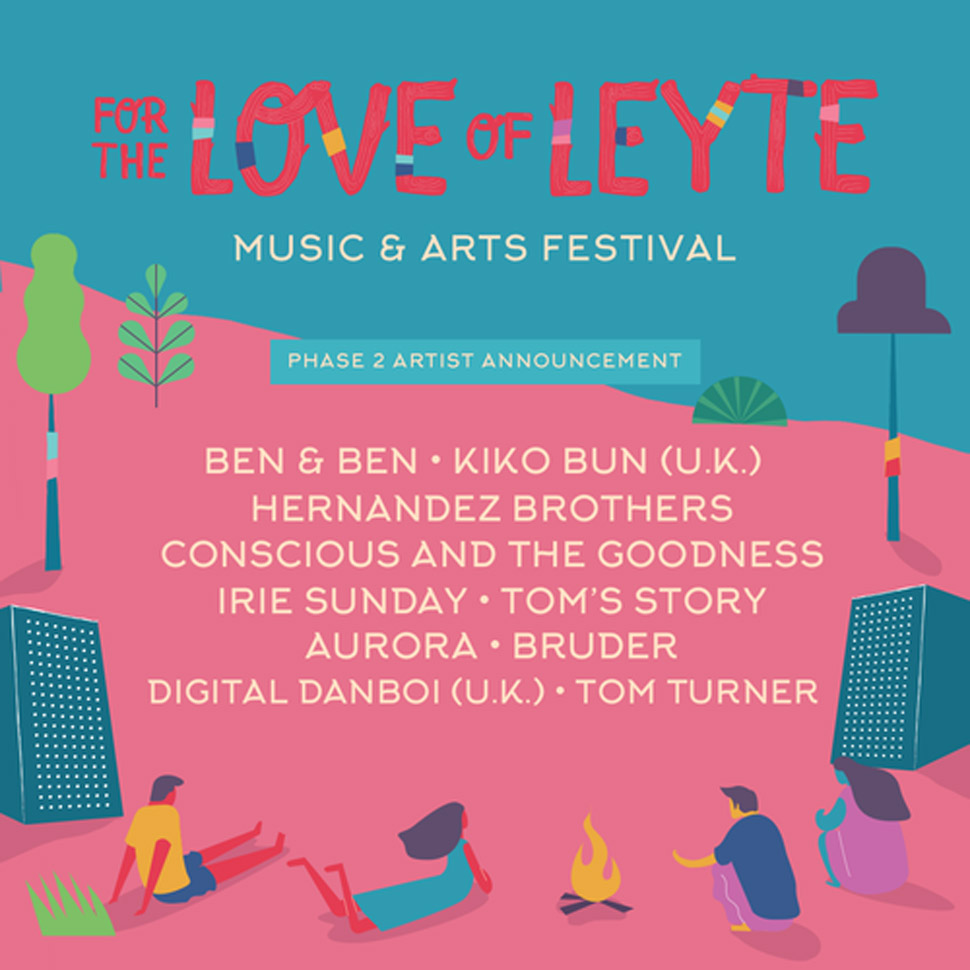 Tickets are on sale online through Mynila, and at various physical locations in Manila and Leyte. Tickets are at P1,000, with a discounted rate of P745 for Leyte residents. For more information, visit fortheloveofleyte.org.

Listen to 'Martial Law Hugot', a Throwback Playlist by 'Liway'
All Photos
Comments
View As List