It's a song that will ruin your day, your week, your month, and even your year. 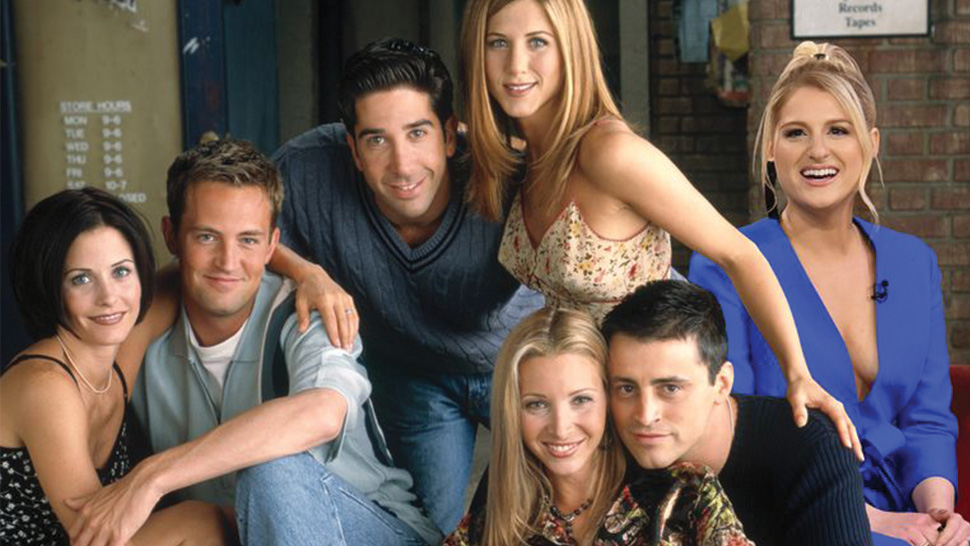 Legendary NBC Must-See mainstay Friends is celebrating the 25th anniversary of its premiere, with events like a Coffee Bean & Tea Leaf takeover and a series of cinema-only episode screenings. We can argue the show’s merits until the pet monkeys come home—it was a perfect show until the Season Two episode where David Schwimmer appeared as “Russ,” and then it was decent, and then it was a soap opera with a laugh track—but one fact is undeniable: its theme song “I’ll Be There For You” is a kicky earworm that ruins lives. Today, as the song’s unbidden 25th-anniversary Meghan Trainor remake drops, let us relive the song’s horrific history.

There are perhaps no greater victims of the song’s success than The Rembrandts themselves. Though the Friends theme has surely bought them houses, and then houses to get away from those houses, it’s also got them permanently misfiled as one-hit wonders. Not only did both Rembrandts have moderately-successful solo careers before Chandler Bing bought his first bowling shirt—get into Danny Wilde’s 1986 “Isn’t It Enough,” a lost hit if ever there was one—“I’ll Be There For You” isn’t even their highest-charting single. “Just The Way It Is, Baby” nearly made the top ten back in 1991, and is a standard in the alternate universe where Jellyfish’s Bellybutton kicked off the alternative radio revolution instead of Nirvana’s Nevermind.

Now, listen: did Friends premiere only months after I graduated college and moved to New York City? Did I watch each episode with my roommates at 8:30 p.m. in our much more modest Upper East Side apartment? Did I clap along four times at the appropriate moment? Reader, I did. As a young person with a shaky entry-level job and a tight-knit posse, I felt as though the show had been created especially for me. And “I’ll Be There For You” set the mood, co-written as it was by the show’s producers David Crane and Marta Kauffman. But as the show became a phenomenon, as its stars became gazillionaires, it began to ring false. Your job may have been a joke, and you may have been broke, but the stars of Friends were on your television offering alibis for why they couldn’t have drank the Diet Coke.

“I’ll Be There For You” has also nearly overshadowed the numerous accomplishments of its most notable co-writer Allee Willis. Willis also co-wrote The Pet Shop Boys’ “What Have I Done To Deserve This,” Maxine Nightingale’s disco ballad “Lead Me On,” and—I swear to God—“You’re The Best” from The Karate Kid. Most importantly at this time of year, she co-wrote Earth, Wind & Fire’s wedding classic “September,” which I mention because you need to watch Demi Adejuyigbe’s “September 21st” video if you haven’t already.

Last year, Willis was inducted into the Songwriters Hall of Fame, but perhaps her crowning achievement is having transformed her home into The Allee Willis Museum of Kitsch, the country’s largest collection of kooky nonsense, which is both my assessment of the situation and a claim that is impossible to verify.

Those network residuals undoubtedly bought Willis mountains of new goofy bric-a-brac, which is truly something to celebrate.

But not so fast, because now, in honor of Friends’ silver anniversary, someone got the idea to have Meghan Trainor cover its theme song. Trainor, the answer to the question “who would be the Jane Lynch in a Kidz Bop version of Glee,” was exactly nine months old when Friends aired its first episode, which means it is to her as All In The Family is to me, and I am about to ruefully contemplate my mortality. Cue the music!

Trainor—who herself was recently rebooted as JoJo Siwa—told Rolling Stone that she recorded the song in her backyard studio, with her brothers, best friend, and husband singing the background vocals. For me, the real takeaway is that Meghan Trainor’s brothers, best friend and husband are all androids. Girl’s got a type! Otherwise, she changes the key, farms the drumming out to a computer program from eight years ago, and if you’ve been waiting for someone to sand down the original version’s rough edges, this is your day, your week, your month, and even your year.

Warner Brothers commissioned Meghan Trainor for this remake, and in so doing, revealed the emptiness at the heart of our current reboot culture. Don’t take it in any unexpected directions, says Hollywood. Give us the same thing, except do it now. There is no reason for it to exist, beyond clicks and money. It’s a gig even Joey would have turned down, and if it is a shot across the bow for an eventual reboot of the show itself, I say we take to the streets.

“I’ll Be There For You” will never die, and now it can ruin your sleep in a fresh, new 2019 way. We could be more excited.

It’s the 50th Anniversary of Abbey Road by the Beatles, And We’re Still Not Over It
All Photos
Comments
View As List