COVID-19's got you down? Don't fret. There's always music. Whether you're on self-quarantine or working from home, or squeezing yourself inside a crowded MRT or UV Express, hoping the guy next to you doesn't cough or sneeze directly in your direction, here are some homegrown tracks to lift your mood up and help you get through the craziness of the coronavirus.

Populardays have been around for years. I remember catching them play gigs in the late 90s and early 2000s. Having consistenty waved the flag for indie and alternative pop since its inception, the band’s shoegaze roots have never been more pronounced than in this track, which reminds me intensely of Slowdive, particularly the song “Dagger.” It’s simultaneously dreamy and eye-opening, and a good song to play when you’re parked in your car somewhere with a romantic interest in the passenger seat

The name comes from Finnish and Filipino, and that’s what Niño Vasquez and Hannu Pietari Nyman are. There’s a story there, for sure, but the song is a great introduction to who this dynamic duo is. Starting with a snappy, sunshiny beat, “safe&warm” is all at once relaxing, upbeat and undeniably cool. Go and play this at the next barkada get-together and wait for your friends to complement you on your great taste.

It seems Ms. Lansangan always has something up her sleeves each time we do these occasional OPM song lists. In this instance, it’s this, well, tender and sweet dive into personal musings—the kind of thinking that often hits you while you’re lying in bed just before drifting off. She starts off with “I feel a weight that’s heavier these days; No, I’m not quite hurting, but I think that I’m in pain,” and follows up with “I look at photographs of myself and I insist there’s nothing wrong; But if there isn’t, why am I writing this song?” Tenderfoot is classic Reese Lansangan: captivating, thought-provoking, and makes you feel like you know her even more than you think you do.

Sony Philippines got itself a prize talent when it signed Nathan and Mercury last year. The foursome plays a mix of pop and R&B, with just the right sprinkling of almost every other genre (save perhaps for death metal?), that results in music that’s clever, fun, and unapologetically hip. “Fake Love” is no exception. It starts off with a chorus of backing vocals telling us, “I was aching, but I’m better now.” Nathan Huang’s forceful, committed vocals come in at the one-minute mark and by then the production’s got us hooked. I don’t even mind the abrupt detour at 2:12 with vocal flourishes because it launches us right back to that tasty, fist-pump-in-the-air refrain “I want that real love!” until the end.

I normally keep my distance from songs that sound like the human equivalent of dogs wailing when their master leaves them at home for the day, but I’ll give this intensely emo track a chance. We all need that slow, morose soundtrack when we’re pining over a lost love or getting over a particularly hot ex, and as heartbreak songs go, this one ain’t bad. Listen in small doses.

Sometimes you need a simple pick-me-upper, a song that can get your day started on a light and positive note. “Sputnik Sweetheart” is a good candidate. The artist, Project Orange, is a dream pop band from Bacolod signed with Lilystars Records, which of course they are—the local independednt label is a haven for exactly this type of bands and music. The track is very twee—cutesy vocals and an uplifting, uncomplicated melody. Include in the next Spotify playlist you send to your crush.

Between his duties with Orange & Lemons and The Camerawalls  (not to mention running indie label Lilystars Records), you’d think Clem Castro would spend his free time doing other stuff. But as his alter-ego Dragonfly Collector—his solo musical project—Castro is incredibly prolific. “Brave the Distance,” his latest single, starts off as a soft acoustic guitar track about a man reflecting on where he is in his life and deciding to take a bold step to discover just what lies ahead. Despite his fascination with Western indie pop, Castro has never forgotten his roots and has always championed Filipino elements in his songwriting. In “Brave the Distance,” that takes the form of the unmistakable sound of tradtional Filipino instruments, adding an extra layer to an already captivating song.

Distorted vocals, synths, a tight beat, Tagalog lyrics—“Sabay” has disparate elements that seem like they might not work on paper, but the final product is what the kids call these days “a bop.” Off the album Harana Coma, the single borrows heavily from current synth pop heroes, which should be a minus, but the band manages to put its own spin to the genre, particularly with undeniably singable lyrics, helping elevate “Sabay” into a contemporary pop gem.

There’s something Apo Hiking Society-esque in Calein’s latest single: soft, pleasant, tickles the ears. It’s the kind of song you’d love to hear just as the last vestiges of the afternoon sun bounce off the car’s windshield on the way home from a fun weekend away. I’ve had my eye on this band since I first heard their music on a playlist by O/C Records artists, and this latest song is more proof that I was right to (quietly) stan. Plus, how catchy is that refrain? “Sana mabigyan ng oras na maipadama ang aking lihim na pag-ibig…”

Modern synth-pop has seen an explosion in the country recent years, with artists like LANY, The 1975, Honne, and many others capturing the hearts of Filipino fans. KEN follows in that footsteps, and not surprisingly, lists those artists down as influences. “Dulo” is at once familiar and novel—an unmistakably fresh OPM track that also sounds like something you might have already heard, maybe from a few years ago. I like the vocal harmonies, too. Maybe in a few months you and your friend can belt it out when the song inevitably makes its way to videoke playlists.

Travis Atreo is a Filipino artist based in Los Angeles, California and “Love Drunk” is a track from his debut album of the same name. The Western influence is there for sure, particularly pop and R&B, but I can’t help noticing some traces of OPM, especially South Border and perhaps some Jay-R and Kris Lawrence, who themselves were weaned on 90s urban, R&B and hip-hop. So it’s like full circle. Whatever the case, Atreo’s vocals are on point and the song is sexy as hell.

I don’t know much about Y Ara, but what I’m hearing, I’m digging. “Great Heights” is a single off of the album “Space & Time” and it’s like listening to precocious kids that you actually like, instead of yelling at them to get off your lawn. Dance to it in your room, snap your fingers to it while in the Grab on your way to work, or play it at full blast in your car on the way to a weekend night out. However way you listen to it, it works.

How else to end a new playlist but with a fun electronic dance track? The vocals sound a bit thin, but “The Perfect Life” as a whole is joyous and wouldn’t be out of place at wherever the happening place is on a Saturday night. Not surprising considering Sondmire is a self-described DJ and music producer. Is it too early to call it dance track of the year?

And if you're too lazy to look for each individual song, we did you a favor and compiled them all in one playlist. Here you go: 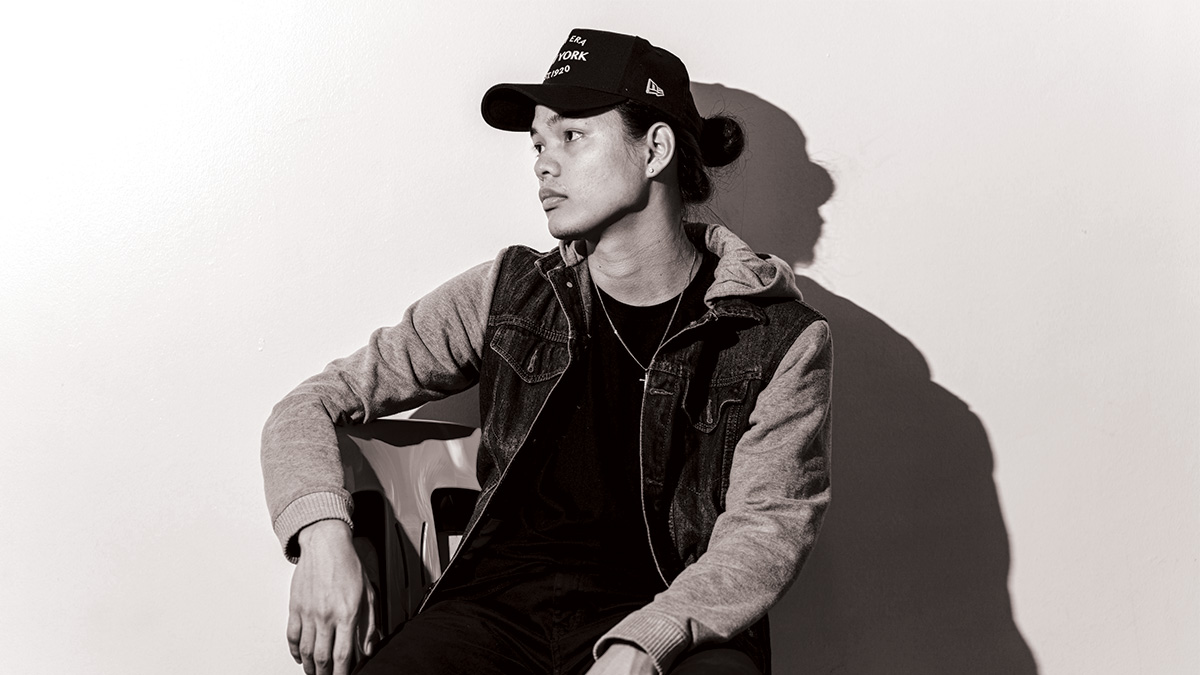 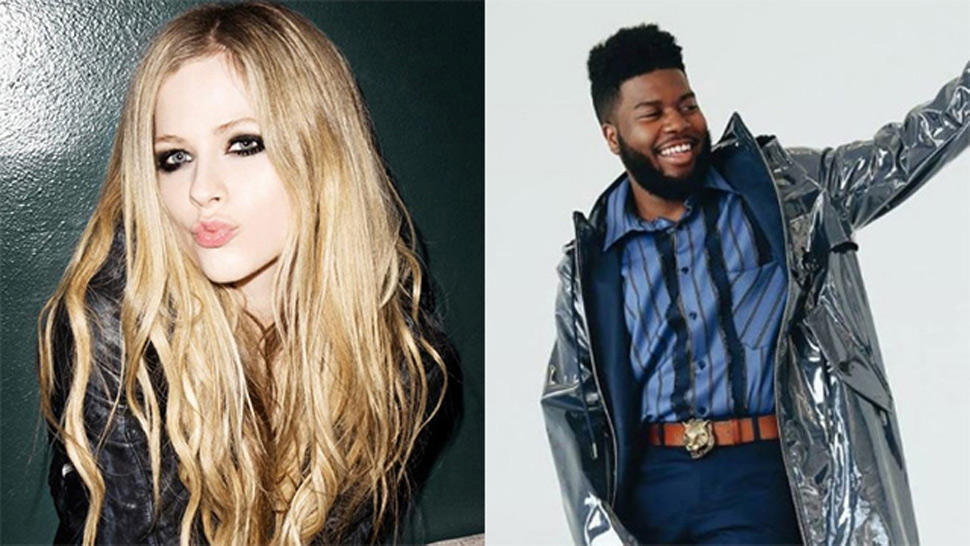