The acclaimed Japanese concert pianist was in town for a series of breathtaking performances. 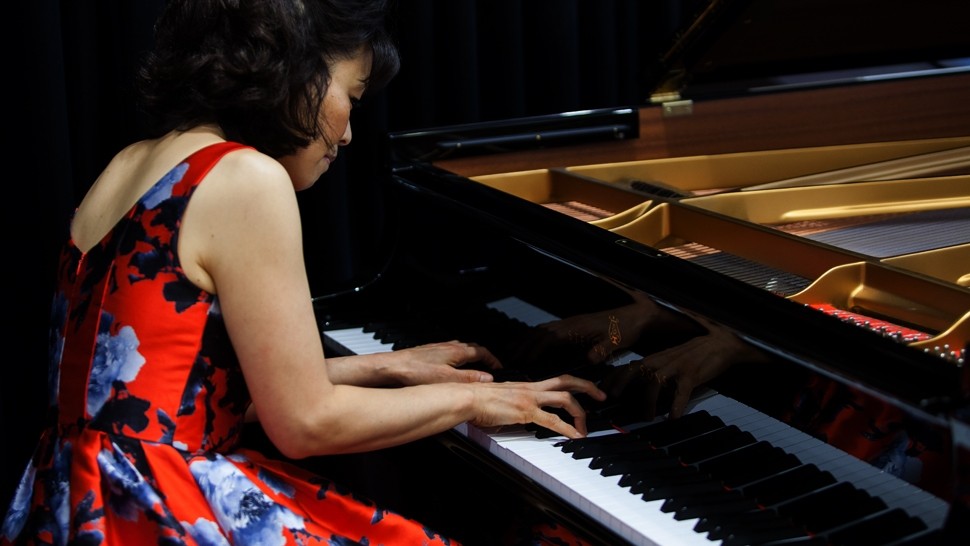 As one of the foremost experts worldwide on Claude Debussy’s piano music (her renditions being hailed by BBC Radio 3 as “the musical equivalent of a chilled white wine”), Ogawa explains that her fascination for the French composer was not something that the Beethoven-enamored Japanese classical music world encouraged. “I became kind of a secret Debussy player and that was probably good because I didn’t have an opportunity to be told off,” she shares. “So I’m free in the world of Debussy.”

Unlike most composers in the Romantic period like Schumann, Liszt, or the very popular Beethoven, who wrote piano equivalents of their emotional turmoil and discontent, Debussy wrote music for the sake of music. “Debussy simply enjoyed music and the beauty of sound. He kind of opened a window from the kind of super-worked up emotional problems (of the other Romantic composers),” she explains.

Ogawa has played on many pianos, but to her nothing can quite compare to a Steinway, handcrafted in Germany with some 13,000 moving parts. “The Steinway piano is a stern, strong instrument. It doesn’t smile at you. It’s not diplomatic. If I’m not in a good condition, the piano would tell me.” She adds that once you’ve mastered a Steinway, playing on all other pianos is easy, and that a Steinway has enough resilience to bear the brunt of Ogawa’s strong playing (she confesses she has broken piano strings in the past). “I have a very, very big sound when I want. I can go very, very loud. But Steinway pianos never ever scream. It always accommodates the strength in any pianist.” 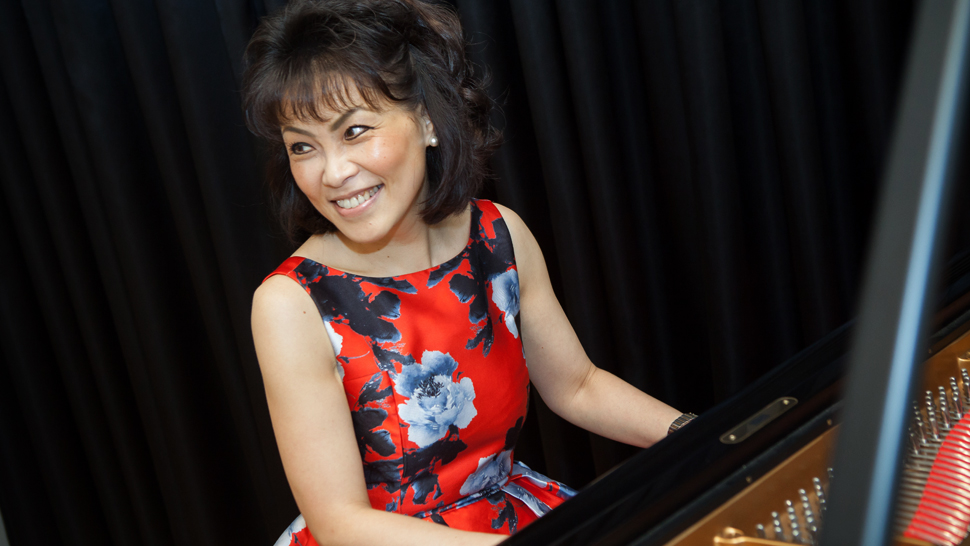 “I became kind of a secret Debussy player and that was probably good because I didn’t have an opportunity to be told off."

With her grueling concert schedule, which is sometimes booked 18 months in advance, Ogawa needs to stay in tiptop shape—fingerwise and otherwise. “It’s a kind of urban myth that classical pianists don’t carry anything heavier than chopsticks,” she smiles. “But we pianists travel on our own and carrying our suitcases ourselves!” Like all pianists, she worries about hurting her hand—and she has burned and cut her hand on a few occasions, as she loves to cook. But she’s more interested in maintaining general health.

Ogawa was taught classical piano by her mother, a piano teacher. “My mother was very demanding, and she still remains a tiger to this day. She doesn’t like it if I’m not on the front cover of a music magazine,” she laughs. “But I’m ever so grateful because without her push I wouldn’t be here.”

Ogawa’s personal advocacy is the Jamie Concerts, a series of performances she gives to caregivers of autistic children. “When I was first starting my career in London, I was a lodger in a musician’s family, where a very severely autistic boy named Jamie was born. I was purely so fascinated by him that I wanted to help him so much.” But due to his condition, Jamie spurned all her efforts to help him directly. “I’d like to do something for the parents because they were having a very stressful life,” she says. The concert series started in 2004 in Japan and Ogawa is now the cultural ambassador of the National Autistic Society in the UK.

Ogawa doesn’t have a child, but she does have a nephew, whom her tiger pianist mom also tried to teach. “His piano lessons were so bad that I told my mother ‘I don’t think he’s a musician.’” That evening, she and her mother opened a bottle of wine to celebrate. “One musician per family is quite enough!” she laughs.

About The Author
Isha Abubakar
View Other Articles From Isha
Get The Latest Updates From Esquire!
Subscribe to our newsletter!
Latest Feed
Load More Articles
Esquire Money 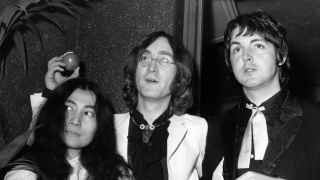 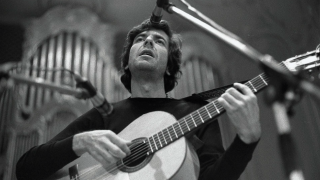 Beyond "Hallelujah": A Playlist
All Photos
Comments
View As List