A fan and former jock reminisces about NU107, once the country’s loudest and proudest radio station

I was 15 on an ordinary December day in 1987 when I started exploring other genres of music. Upon a friend’s advice, I took a radical right turn on the FM dial and chanced upon a nascent rock station broadcasting at 107.5 megahertz.

There were no DJs yapping and I don’t even remember hearing a station ID.

It continuously played “New Wave” music that sounded faint and distant, echoing from what seemed like a hollow hellhole of no return.

After being exposed to nothing but my Dad’s Matt Monroe and Frank Sinatra collection on an open reel tape deck, I found this to be all but alien.

The music wasn’t evil or malicious; heck it wasn’t even loud, as rock was perceived to be in the 1980s by sheltered altar boy types like me.

This was my first impression of NU107. 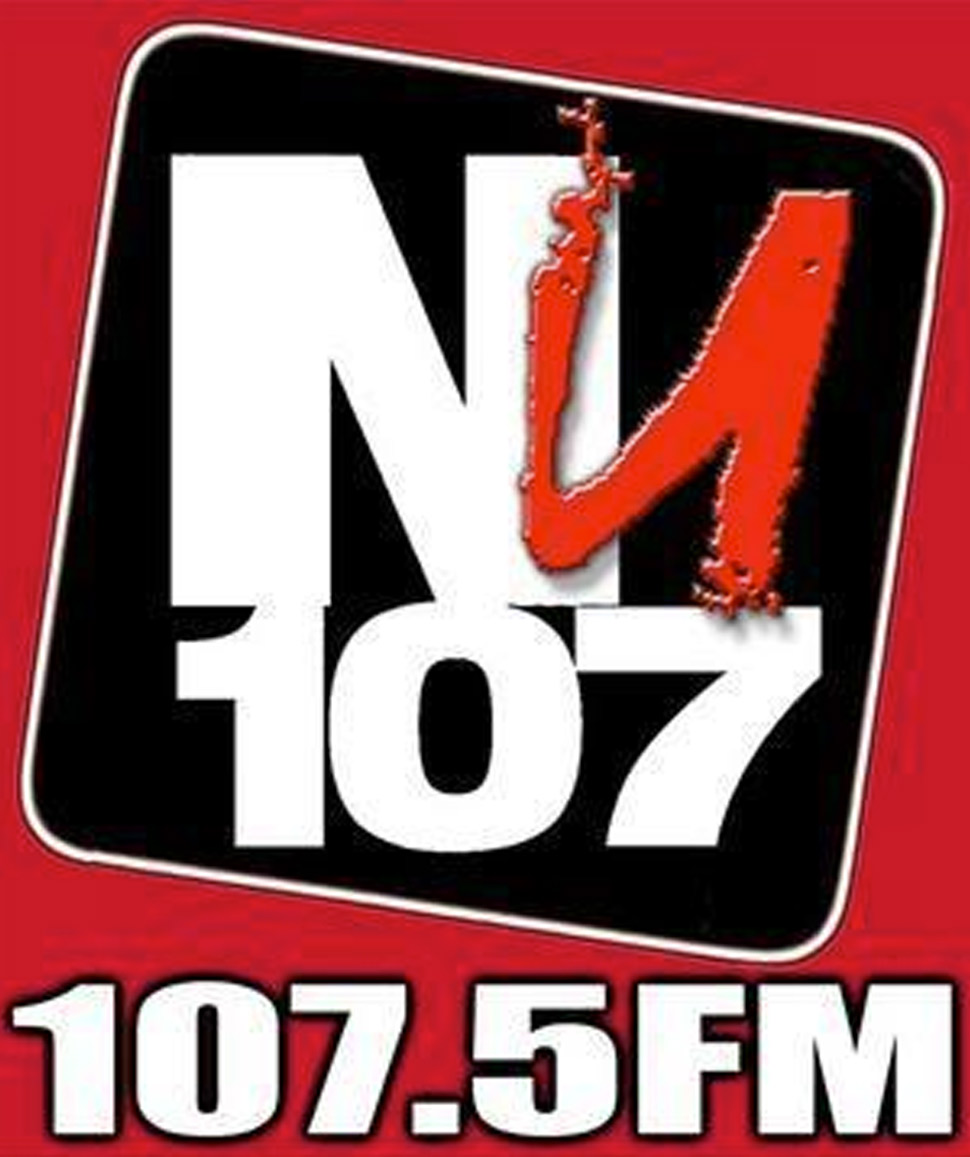 The birth of NU Rock

Your story may differ from mine but we all share the same finale: we found our voice, who we are now, in the words, the music and songs it played.

That’s maybe why, nine years since its last broadcast, we still pine for its audacious anthems and the way it subtly, but powerfully influenced the local music scene.

Being the only "credible" rock station to ever go on air obviously had its perks.

In its first three months, the hotline rang nonstop as the station shot right up to the top 10 (although, granted there were only a handful of stations back then).

“The Home of NU Rock” moved around a lot. It was born in Solidbank Building (now PSBank Center) in Makati, grew up at the second floor of Strata 200 (now 2000) in Ortigas, and retired at the AIC Gold Tower, a mere stone’s throw away from its previous home.

It didn’t matter where it stayed though. Listeners always knew where it was.

I recall DJ Charlie Y’s story in 1996. A pair of tickets to the Beastie Boys, Foo Fighters, Sonic Youth MTV-sponsored tour was up for grabs to the first listener to come down to the station and sing “Sabotage.” In a matter of minutes, a rabid fan was in the studio screaming, “Oh my God, it's a mirage! I'm tellin' y'all it's sabotage!” 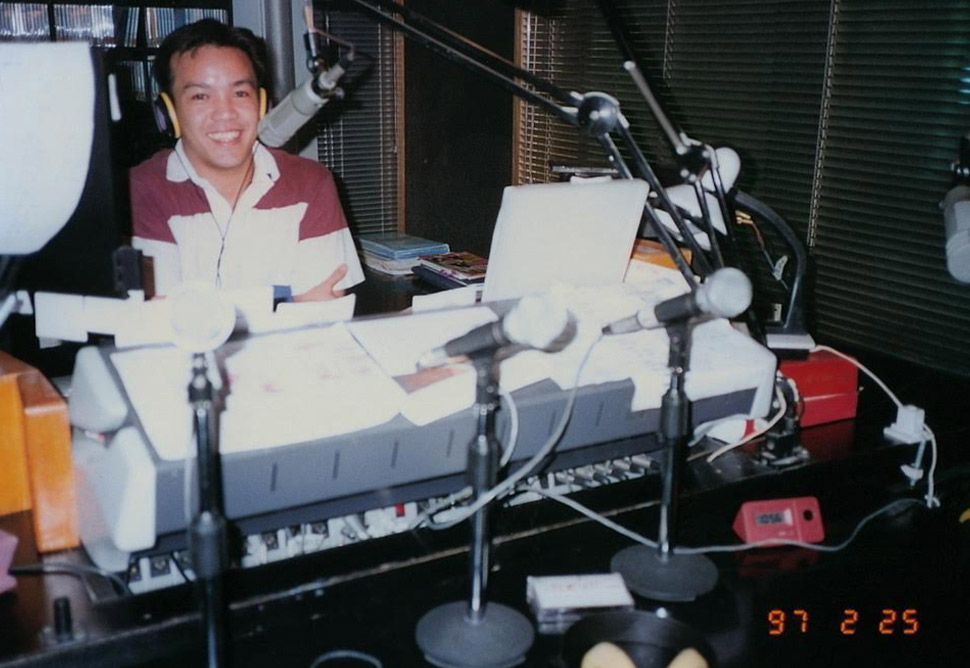 The honesty of NU107

And that studio in Strata was legendary, not just because of the music it broadcast, but also because of its décor.

Over the years of bands and artists stopping by, and even fan gifts and DJ nights out, it had accumulated an inordinate number of bone-dry liquor bottles—everything from local beers to imported spirits. Instead of throwing away the empties, NU pioneers Major Tom, Gerry Why, Mark Noodle, John Gregory and Cris Cruise decided to stack them all on top of the CD shelves in the booth, serving as a backdrop for every single studio guest to see.

If memory serves, some were even autographed, which would make them valuable collectibles now.

That was the honesty of NU107. No piece of scrap was ever absolutely worthless and not one person was above all else. You had superiors but no one was a “Sir” or “Ma’am.” Everybody was on a first-name basis with everyone, even the owners.

There was no pretense of being “cool” because honestly, what’s cooler than playing music from bands like Feet like Fins, Datu’s Tribe, Pavement and Guided by Voices.

Then there were the events.

There were pocket concerts every summer that you’d be crazy to miss. There was the time the Eraserheads played at the now-defunct Park Square II parking lot in Makati on a weekday afternoon. Of course it was packed. 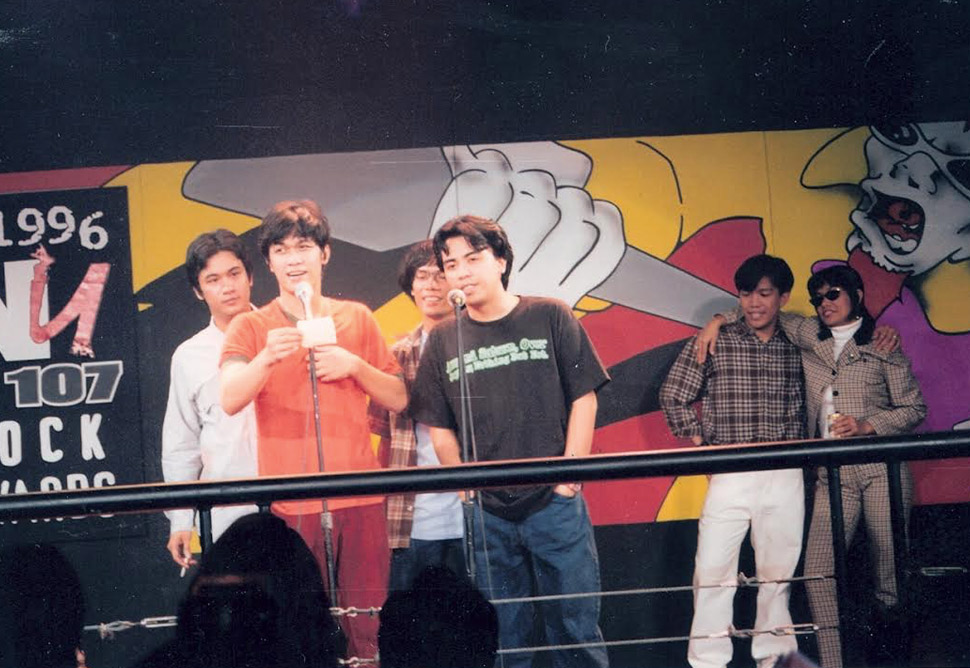 The Eraserheads at the 1996 NU Rock Awards IMAGE: Courtesy of Eric Tipan

One mall after another every weekend and fans still couldn’t get enough. Ayala Malls, SMs and Robinsons, you name it, NU was there.

There were magical nights, too, like the launch of Eric Caruncho’s book Punks, Poets and Poseurs at the Music Museum. I knew it was going to be special when Tirso Ripoll of Razorback kicked the festivities off with the National Anthem played purely on lead guitar. 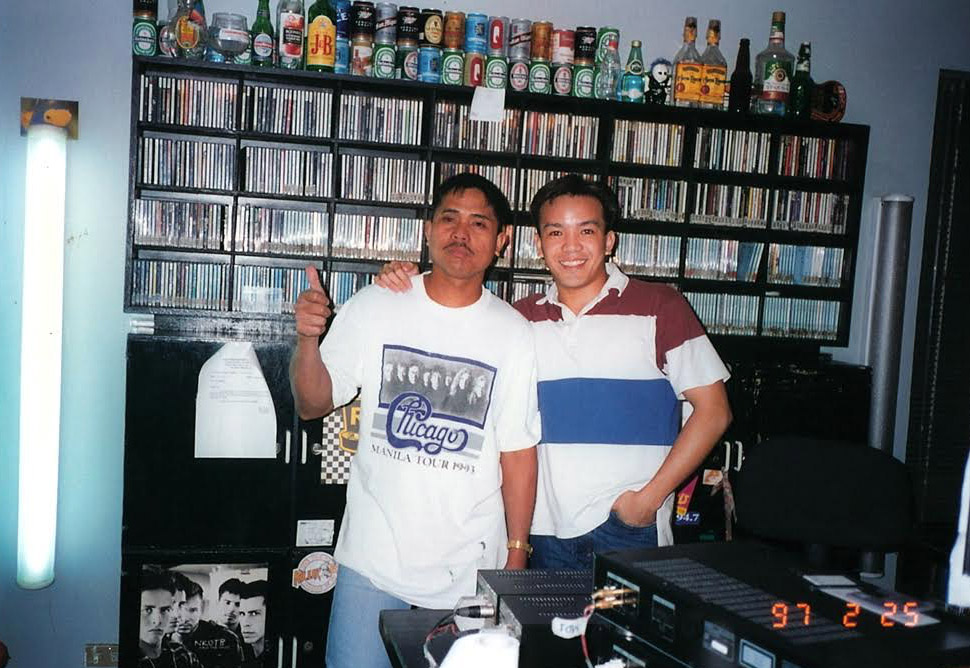 ADVERTISEMENT - CONTINUE READING BELOW
Posing in front of the shelf stacked with CDs and alcoholic beverages collected over the years IMAGE: Courtesy of Eric Tipan

Rage Against the Machine, Bush--I saw them live. People broke the rafter barriers to bum rush the former’s mosh pit and some fan hit Gavin Rossdale’s face with an empty water bottle. Those were but two of the many NU-sponsored major concerts.

If you ask me, those were the glory days, although station manager Cris Hermosisima (Cris Cruise) begs to disagree.

“It might sound exaggerated but any NU107 jock and fan would probably say that every year that NU107 was on the air (from 1987 to 2010) was golden,” he says. “Each and every single year the station was on the air, NU107 always comes up with something bands and listeners will talk about. The station never ran out of highlights. As one of our station liners says, ‘Always imitated, never duplicated.’”

And the most talked about event? That would be the NU107 Rock Awards. 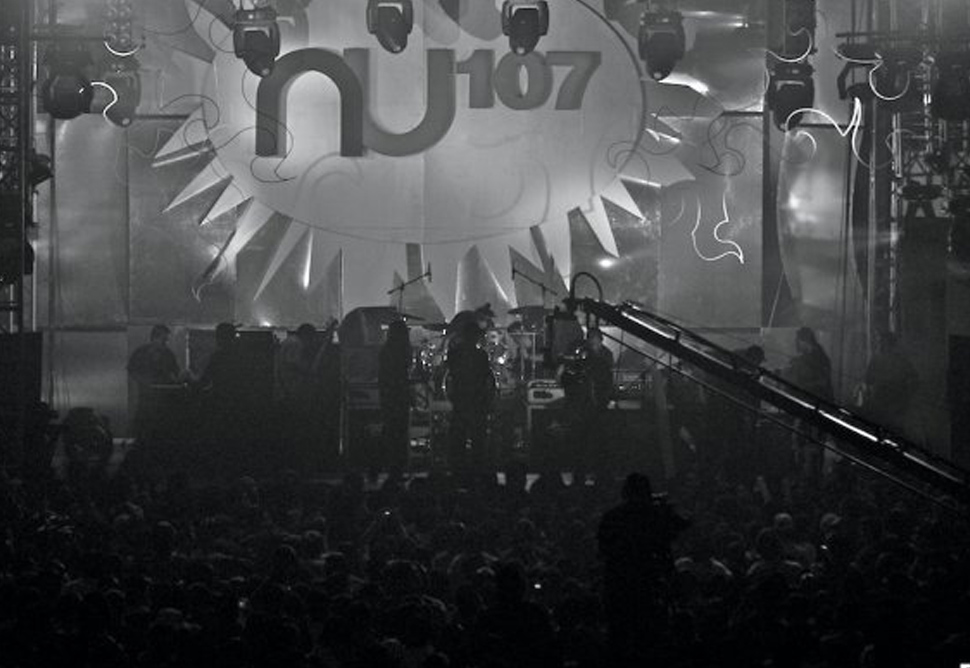 Sparked by the idea of founders/owners Atom Henares and Mike Pedero, the very first edition was held at the tiny Music Hall in Greenhills. Before too long, only venues like the Philippine Trade Training Center (PTTC) and, eventually, the World Trade Center in Pasay would suffice.

It was NU’s crowning glory—that time of the year when the best bands in the country came together and DJs dolled up for their 15 seconds of fame. Sponsors, regardless of image and appeal came a-knocking and listeners from all walks of life called incessantly for tickets and the must-have commemorative CD.

Yet despite that annual one-time, big-time bonanza, it wasn’t enough to keep the station rocking on. 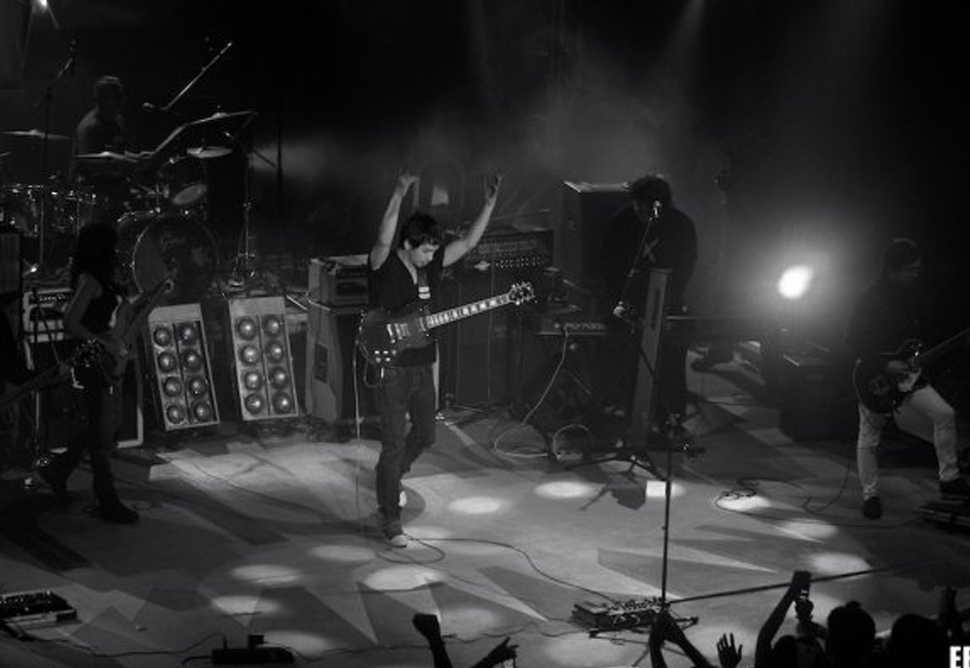 Listeners stayed, but sponsors faded away after the Rock Awards. Even against the paltry salaries of the staff, the overhead was just too much for the station, whose monthly sales averaged at just P1 to P1.5 million.

But that’s rock & roll in the Philippines for you.

When asked about selling NU107 to advertisers, Hermosisima says, “(It was) hard basically because of the ‘rock’ format. We had to convince advertisers that the NU Rock format is not about drugs, which was synonymous with rock music then.”

In some ways, it still is now.

NU107 signed off permanently on November 7, 2010. Bands played, old jocks hugged each other, and fans flocked to the station to pay their respects. They lit candles and sang along as the very last song the station ever played—the Eraserheads' “Ang Huling El Bimbo”—filled the airwaves and blared over the speakers set up outside the studio. 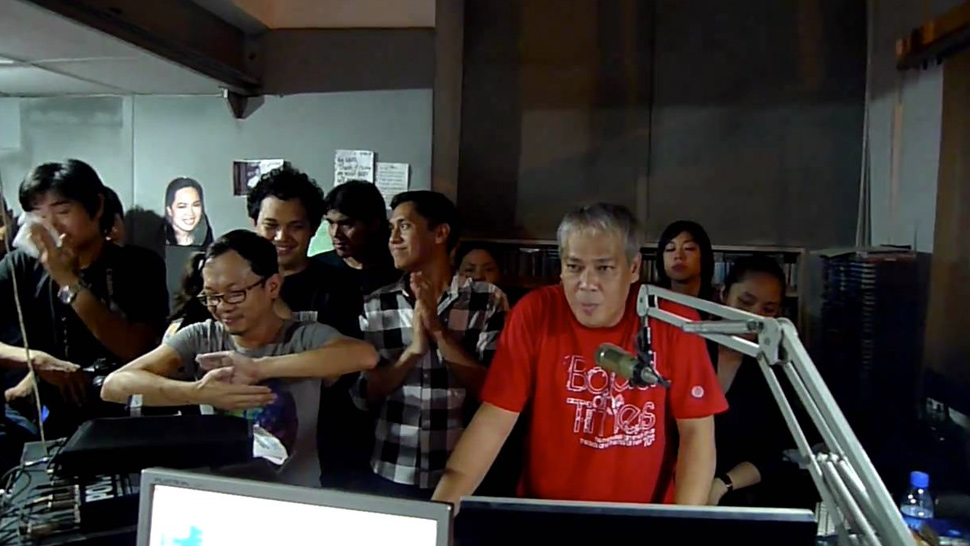 Other stations tried to capitalize on NU’s demise but as hard as they tried, they were only perceived as lame replacements. One station I know resorts to playing ‘pop’ stuff to avoid the ‘rock station’ stigma. NU107 would have never, ever done that. It was all in or nothing at all.

That’s why there’s really no replacing the OG.

Stations that came after may have had a bead on the music, but they didn’t walk the talk. And that was what made NU great and what made it memorable. From the ladies and gents behind the microphone to the 9-to-5ers answering the telephone, there was no compromise: music number was number one. Everything else was a distant second. 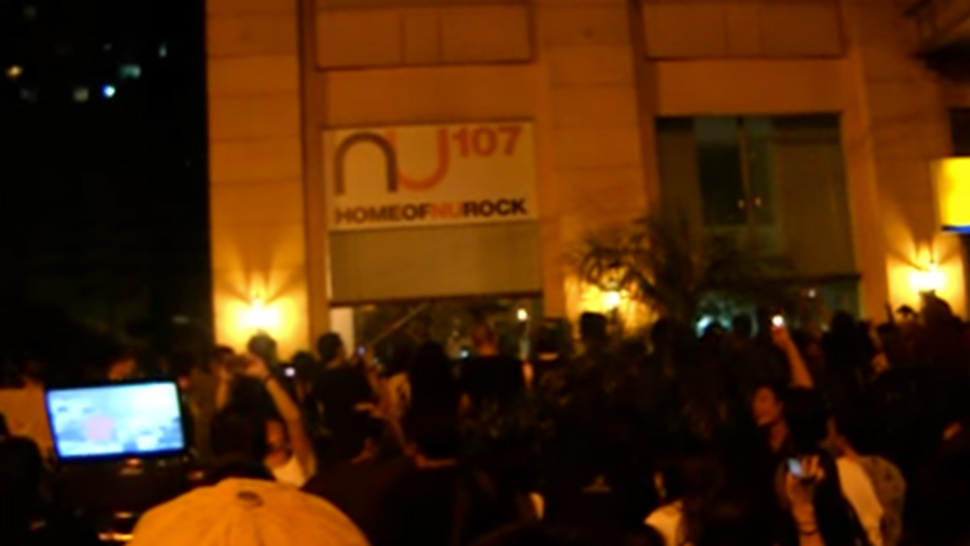 The scene outside of the NU107 studio on the evening of its final broadcast IMAGE: YouTube video still

As cliché as it sounds, it was all for the love of. The rock jocks, as they were called, knew ‘new rock’ first and were great communicators second, not the other way around. Listeners of NU could always tell the difference.

After all was said and done, the music and the passion turned a simple radio station into a home. It sounds cheesy I know, but it’s the truth.

"The Home of NU Rock" was more than just a rock radio station to the people who lived it and the listeners who loved it.

It became a lifestyle and nine years since the speakers fell silent, we’re all still living it.

The Limited-Edition Vinyl of Eraserheads' Ultraelectromagneticpop! Is Almost Here

Ja Rule is Threatening to Give Fyre Festival 2.0 a Go
All Photos
Comments
View As List