How a perfect storm of talent, teen drama, and the TikTok bump catapulted the Disney star's song to the top. 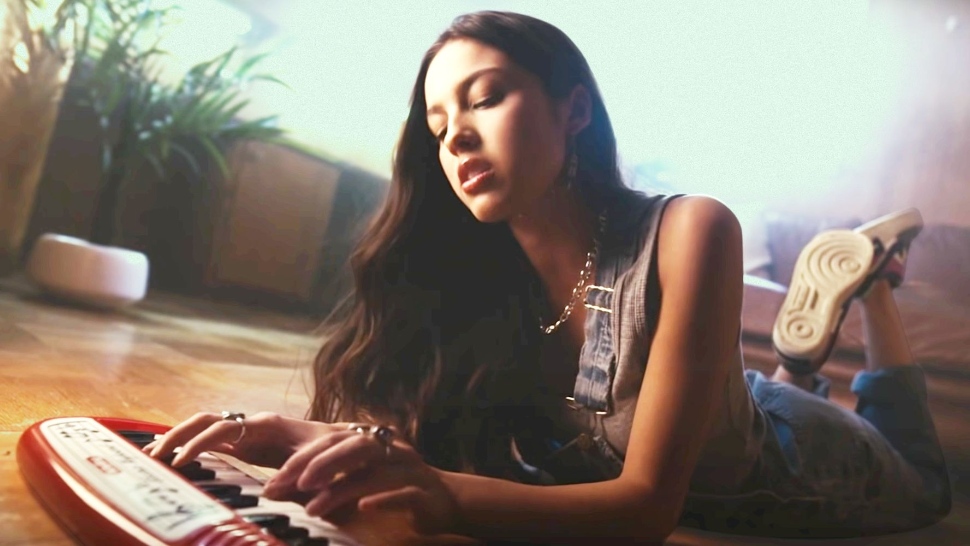 If you’ve resisted reading up on the story behind the massive success of “Drivers License” up to this point, now is the time. Olivia Rodrigo’s pop ballad debuted at No. 1 on both the U.S.-based Billboard Hot 100 Chart and the Billboard Global 200 on Tuesday. It’s broken multiple streaming records since its January 9 release, including the record for most Spotify streams in a week. It is, by all accounts, the first huge hit of 2021, and the biggest song in the world right now. It got there through a perfect storm of tried-and-true pop formulas, Gen Z social media trendsetting, Taylor Swift-style lyrical intrigue, and the pure talent of teenage Disney star Olivia Rodrigo.

On the surface, “Drivers License” is a pop song about a heartbroken teenager watching her ex move on. Rodrigo’s whisper-to-belt singing style is a beautiful medley reminiscent of Billie Eilish, Lorde, and Adele, and her diaristic, heartfelt lyrics feel very Fearless-era Taylor Swift (who co-signed the track in a comment on Rodrigo’s Instagram). But at its core, the song represents the lasting power of the teenage heartbreak anthem, for its ability to pull listeners of all ages in, and have you (literally or metaphorically) weeping and wailing along to its words.

“Drivers License” is to Gen Z what “You Belong With Me” was to millennials, a rallying cry for everyone who’s ever pined for someone who didn’t love them back. And while the pandemic rages on, the emotional firecracker that is “Drivers License” offers a soundtrack for all of us to just pause for a second and feel things. It came right when we needed it.

Beyond its emotional appeal, “Drivers License” is a fascinating display of the power of Gen Z tastes and trends, and what can happen when you mix the virality of TikToks with a catchy pop song, a classic Disney formula (star-turns-singer, with a twist) and a love triangle backstory. Intrigued (maybe more than you thought you’d be)? Allow me to explain.

Who is Olivia Rodrigo?

Rodrigo, 17, is an actress-singer-songwriter who first gained popularity in the Disney show Bizaardvark, and is more widely known as the star of Disney+ series High School Musical: The Musical: The Series, which premiered in 2019. The intentionally absurdly-titled show is a mockumentary about a theatrical production of High School Musical put on at the high school where the original 2006 film was shot, in which Rodrigo’s character plays Gabriella.

Actor-singer Joshua Bassett, 20, plays the character cast as Troy in HSM:TM:TS. Much like the real-life romance between Vanessa Hudgens and Zac Efron back then, Rodrigo and Bassett’s onscreen chemistry and behind-the-scenes friendship sparked rumors of a relationship between the two.

Fans speculate that “Drivers License” is about their breakup, and a few lyrics in particular point to a love triangle involving another Disney star, Sabrina Carpenter, 21. “And you're probably with that blonde girl / Who always made me doubt / She's so much older than me / She's everything I'm insecure about,” Rodrigo sings on the track, in a soft, silky, pained voice.

Neither actor has confirmed or denied the theories, but Bassett released his own single, “Lie, Lie, Lie,” and a car-themed music video last week. It seems his song was written pre-relationship, but it is awfully convenient release timing. And as is the case with much of the goings-on of people born in the 2000s, TikTok has theories—and they are convincing.

not me (26, lesbian) explaining #driverslicense to my friends

What is TikTok’s role in all this?

Rodrigo herself laid the groundwork for the song’s success on TikTok, the app that has taken over the music industry and essentially become a digital slot machine where you put in a song, pull the lever, and see if it snowballs into fame. When Rodrigo introduced “Drivers License” to TikTok, she explained the story of her actually getting her license, the heartbreak intertwined with the experience, the actual crying she did, and her eventual cathartic songwriting. She invited fans to indulge in the emotion and the lore, and they obliged—to astronomical results.

There are over one million TikToks set to “Drivers License,” and over 32 million views on Rodrigo’s release video alone. Most of them show users wallowing in straight-up teenage heartbreak, in all its overpowering sadness and betrayal, with a hint of cathartic self-indulgence. They know it’s a little cringey and over-the-top, and that’s the point.

In the whirlwind of factors that led to Rodrigo’s success with “Drivers License,” we have to remember that at the heart of this wild success story is a spectacularly talented and hardworking teenager. Rodrigo herself isn’t interested in feeding the rumor mill; she’s just basking in her success, as she should. When asked to comment on the fan theories, she told Billboard, “It's resonating with people because of how emotional it is, and I think everything else is not important.”

“To see it do really well—to have this really painful moment in my life, and turn it into something beautiful that can maybe help people through a tough time that they're having, like I was having a tough time—it's just so empowering,” Rodrigo said, “I feel grateful that I got to do that.”

About The Author
Anna Grace Lee
Anna Grace Lee is an editorial fellow at Esquire, where she covers pop culture, music, and entertainment.
View Other Articles From Anna Grace
Get The Latest Updates From Esquire!
Subscribe to our newsletter!
Comments
Latest Feed
Load More Articles
Esquire Money 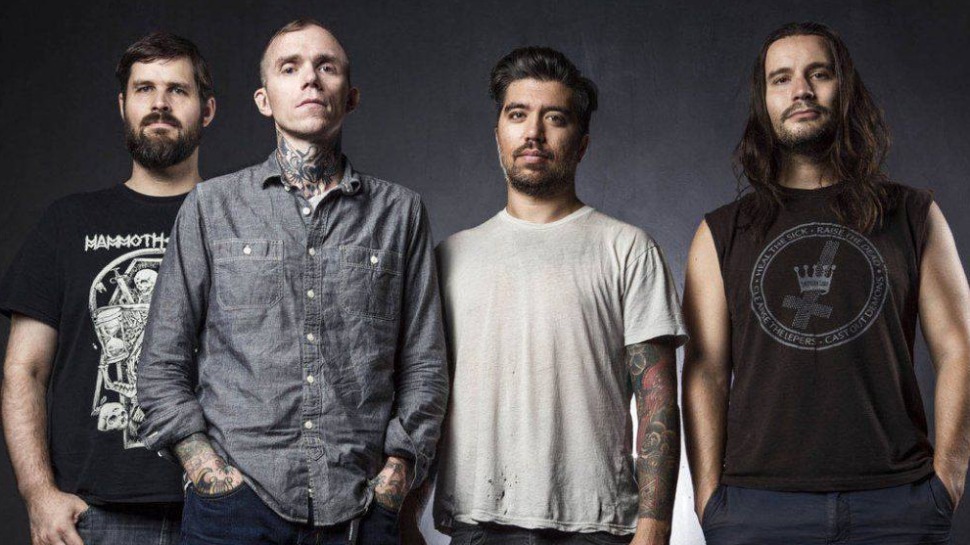 Filipinos Trolled the Wrong Converge. Instead of the Telecom, They Trolled This American Punk Band 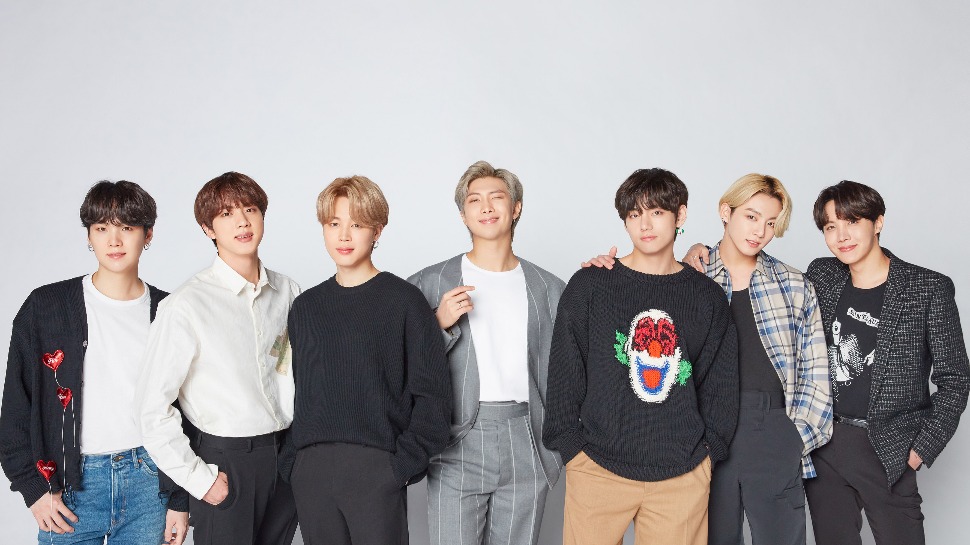