There Is Nothing Redeemable About R. Kelly. 'But His Music' Was Never a Good Enough Argument.

Following the Lifetime docuseries, Surviving R. Kelly, it's clearer than ever that it's time to turn off his music for good. 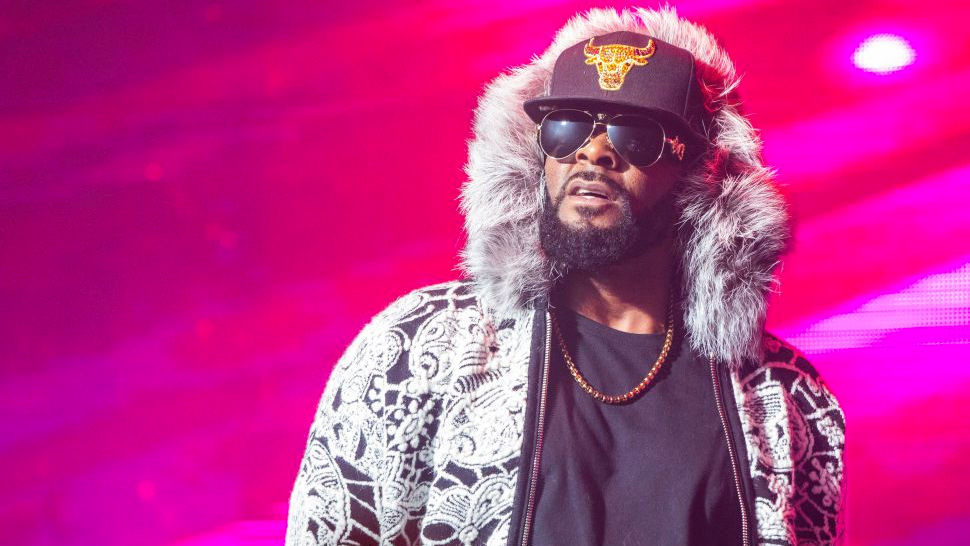 After you watch the six-part ordeal that is Lifetime's docuseries Surviving R. Kelly, it becomes clearer than ever that there can be no separating R. Kelly from his “art.”

Between what is seen in the documentary and R. Kelly's response to it, it is just as clear that he does not care about his alleged victims now, and never has. There is nothing about him that is redeemable. The question now, is will enough of us finally learn our lessons and mute this motherfucker (I use the Rep. Rashida Tlaib style guide) for good?

If one had any lingering doubts about where R. Kelly’s mindset is, look no further than his response to the docuseries and its success in expanding the conversation about long standing allegations of pedophilia and sexual abuse.

According to TMZ, Kelly will launch a site, survivinglies.com, with the intent to “expose all of his accusers as liars as well as reveal their true motivations behind their allegations.” The stunt has gone about as well as that mythical lawsuit he threatened against Lifetime to prevent the series's airing. To wit, Facebook has already shut down the page, saying it violates their community guidelines.

HOW CAN THEY STILL BE PLAYING FUCKING R. KELLY?

Admittedly, though, there is still reason to be concerned.

During the docuseries’s premiere, Spotify reported an increase in streaming of R. Kelly’s music. That is disheartening, but not totally surprising, news. Last September, while at Prospect Park in Brooklyn for a birthday celebration, my sense of joy was sharply subdued by the soundtrack another group only a few feet behind ours played to mark their own jubilee: “Step in the Name of Love.” It felt like the song was on far longer than it actually was, but the sight of happy Black people—which normally instills in me a sense of bliss—stoked rage. How can they still be playing fucking R. Kelly?

Only a few months before that, I attended an event benefiting queer communities of color, and, not long after my arrival, the DJ started playing the remix to “Fiesta.” It was completely twisted. Queer people have been just as vulnerable to Kelly’s alleged ilk—older people who prey upon much younger individuals—as our straight counterparts. I told one of the organizers it was a mistake to be playing R. Kelly at any event, much less one like this. I left not long after.

In days before and after both experiences, I have heard Kelly blasting outside of my place in Harlem. And it’s not just Black people still playing R. Kelly. Go into any mixed setting and watch white folks go wild over the “Ignition” remix, which the melanin-deficient communities seem to love-love-love. So no, it’s not surprising to see that his streams have risen, even if it is depressing.

In fact, this happened last year upon the greater media visibility of the #MuteRKelly campaign, founded by Kenyette Barnes and Oronike Odeleye. But as I wrote at the time, R. Kelly has a target on his back and no song of his will be able to rid him of that—streams be damned. 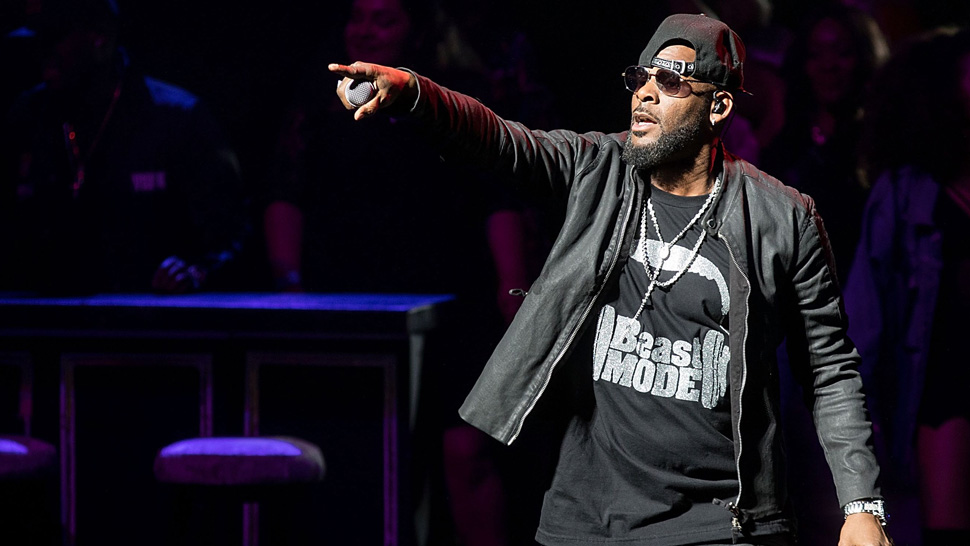 Yet, some people continue to convince themselves that they can listen to R. Kelly without grappling with his alleged deeds.

On Twitter last week, Ebro Darden, a Hot 97 personality and newly-minted global editorial head of hip-hop and R&B for Apple Music, revisited an old tweet of his in which he claimed to still enjoy R. Kelly, along with The Cosby Show, among other things, with a repetitive update: “Can you separate art from the person? It’s hard but I can.”

He writes this with such confidence, as others who harbor this sentiment do, and although Darden was rightly recently celebrated for asking the rapper Kodak Black about the rape allegations leveled against him (resulting in Black leaving the interview), his good deed there does not absolve him from the intellectual dishonesty in his stance about R. Kelly.

Lifetime’s riveting, albeit haunting, Surviving R. Kelly, while controversial, is masterful in making it plainly clear that R. Kelly’s art has never been divorced from his persona. The two are intertwined—always have been, always will be. People should have already known this, given the story of “The Pied Piper,” or frankly, back in 1993 on “Your Body’s Callin’ (His & Hers Extended Mix)” in which Aaliyah, then only 14 years old, sang innuendo related to oral sex. According to Lifetime’s documentary, she had met Kelly two years prior at the age of 12.

It’s even harder to deny the connection between the art and the artist when victims he is accused of writing songs about make it known that even his “inspirational” works are rooted in the exploitation and abuse of women and girls. See the story of the R. Kelly-penned Michael Jackson song, “You Are Not Alone,” which one of Kelly’s accusers, Lizette Martinez, alleges is based on the child she miscarried in high school during an abusive relationship with Kelly that began when she was 17. Even his “positive” works seem to be rooted in wrongdoing.

EVEN HIS “INSPIRATIONAL” WORKS ARE ROOTED IN THE EXPLOITATION AND ABUSE OF WOMEN AND GIRLS.

You cannot totally divorce Robert Kelly the man from R. Kelly the entertainer (or Bill Cosby, or Woody Allen, or others serially accused of abuse), but at this point, it feels so frustrating and exhausting to continue to try to reason with the unreasonable. But we have to do so anyway, because to throw our hands in the air is to give R. Kelly the inches he needs to go miles longer to victimize women and girls without any real consequence. My only regret is that some of my very own people are fighting against this goal either directly or through complicity.

Much of that has to do with another lingering dubious line of defense for R. Kelly: a cry of racial double standards.

For the life of me, I will never understand some Black men’s insistence that straight, cis heterosexual Black men should have the same rape privileges as their white male counterparts. It is the gendered equivalent of yelling “All Lives Matter.” Black women’s autonomy should not be sacrificed for such a perverse view that equality is merely having the same right to be a rapist as a white man. If you offer this tip from Simpletonville, you are not being revelatory so much as you are being casually callous in your admission that you don’t care about Black women or Black girls, or for that matter, the Black men and Blacks boys who also fall victim to sexual assault.

In a recent interview with Jamilah Lemieux for Cassius, Chance The Rapper apologized for his collaboration with R. Kelly, and explained that he had been “programmed to really be hypersensitive to Black male oppression,” so he perceived R. Kelly as a “victim” and was able to ignore his accusers because they were Black women, and society didn’t turn the accusations into a larger scandal as they likely would have had they been white women. In other words, he admits he prioritized Black male victimhood at the expense of other concerns like the plight of Black women and girls.

Perhaps it’s my Catholic background that includes regular trips to confession that has landed me here, but while I think we occasionally set the bar too low for lauding men for simply acknowledging fault, Chance's admission is undoubtedly ultimately good for the discourse.

Chance shared his sins in ways other R. Kelly collaborators like Jay Z and Mary J. Bligereportedly turned down the opportunity to do. Although dream hampton, who served as executive producer and showrunner of Surviving R. Kelly, explained that their reluctance to appear on camera is not a declaration of support for R. Kelly.

“It’s not because they support him, it’s because it’s so messy and muddy,” she explained.” However, she correctly highlighted the consequences of such decision. “It’s that turning away that has allowed this to go on.”

Yes, R. Kelly and the abuse he has been accused of engaging in over decades, is messy, but it is one of many people’s making and it will take all of us to clean it up—which is unexpectedly a tall order for much of the public.

Admittedly, there is no specific formula on how to measure just when is it time to let go of an artist that has abused people in some way. Yet, it should go without saying that maybe, just maybe, when a man is serially accused of pedophilia and varying other forms of abuse and has created an ecosystem of protection based on the fortune achieve by his music, it’s time to turn that shit off.

About The Author
Michael Arceneaux
View Other Articles From Michael
Get The Latest Updates From Esquire!
Subscribe to our newsletter!
Latest Feed
Load More Articles
Esquire Money