A tribute to the band that's dragged rock music sideways to the future.

To mark twenty-five years of the British Esquire, we recall twenty-five men who have shaped the country since we first went to print. Here, Andrew Harrison pays homage to the scintillating soundscape of Radiohead and how the post-rock kings of reinvention have influenced music for the last two decades.

In 1997, when your correspondent still had the constitution for midweek drinking, Radiohead's bassist Colin Greenwood used to join us in the pubs of Stockwell. At a friend's flat after last orders one night, Colin asked if he could put a tape on. The band had finished some stuff, he said, and they weren't sure whether it was any good.

This is how I first heard OK Computer, the album that marked Radiohead's elevation from mere best-in-class rock band to pathfinders for a new century, quantum scientists of sound. I think Colin knew it was good all along.

OK Computer was just the beginning, of course. Subsequently Radiohead would dive deep into the seething subconscious of modern electronica on Kid A/Amnesiac, questioning the unthinking ritual of rock music in a world of infinitely malleable sound. With later records like In Rainbows and 2016's A Moon Shaped Pool they arrived at a compelling replacement for the spent form of the rock song. Their obsessively worked swatches of feeling would capture the confusion, dislocation, fear and occasional elation of life in the 21st century.

They changed the industry, too. By releasing 2007's In Rainbows without warning, direct to fans on a pay-what-you-want deal, Radiohead overturned a deadening, marketing-led approach which made music into a commodity instead of an event.

Singer Thom Yorke's politics and impressionistic dancing are acquired tastes, sure. His edicts against Spotify can sound Luddite. But would Radiohead have dragged rock music sideways to the future without some need for vindication in their hearts?

"Bands are like battery hens these days," Yorke told me in 2008. "You need to have gone through that battery hen process, like we did, to have the nerve to say 'fuck you'."

About The Author
Andrew Harrison
View Other Articles From Andrew
Get The Latest Updates From Esquire!
Subscribe to our newsletter!
Latest Feed
Load More Articles
Esquire Money 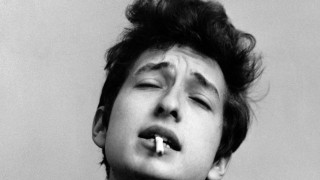 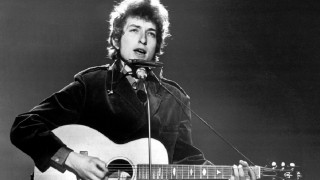