The ageless Ant-Man star turned the big five-zero last Saturday, and the internet can't believe it. 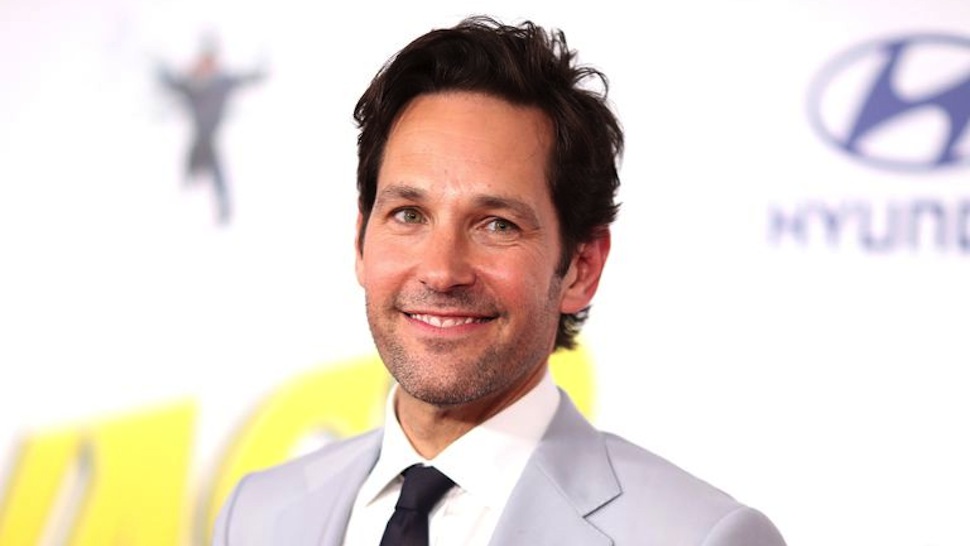 Paul Rudd can do it all. Over the years, he's appeared in everything from rom-coms like Clueless and Knocked Up, to buddy comedies like Role Models and I Love You, Man, and now even helms his own action franchise as Ant-Man. One thing the guy can’t seem to do, however, is age. Today the Avengers star turns 50, and the internet duly lost its mind over his impossibly boyish looks.

How this dude not aging?
This scary to me. pic.twitter.com/Po9suOL3i2

Me learning that Paul Rudd is 50 years old pic.twitter.com/qdpaSKnhuo

Why isn’t medical science studying Paul Rudd for clues into the aging process? Why hasn’t his dermatologist been hauled before Congress for an explanation? https://t.co/IYVm4IxZ4s

Ant-Man director Edgar Wright wished the star a happy birthday, and offered a hint as to how Rudd has won his battle against the sands of time.

Happy 50th to the ever charming, ever boyish Paul Rudd. Fifty is incidentally the number of virgins whose blood he baths in per annum. pic.twitter.com/M1nH8kA5u9

God adding anti-aging genes to Paul Rudd when he was making him... pic.twitter.com/foDUJ4KImk

There were also dissenters, including singer-songwriter Jason Isbell, who found support in comic Andy Richter.

It's a fair, but sadly wrong hypothesis. Gerard Butler is very handsome, as is Matthew McConaughey and Peter Dinklage, all actors who turn 50 this year. You can be handsome and have crows' feet and laugh lines, sun damage or a receding hairline. That's not the case with Rudd: What he's got going on has to be witchcraft.

We took this picture with Paul Rudd when he was 13 YEARS OLD. #ageless #timeless #blackdontcrack #pauldontfall pic.twitter.com/bowmw1SVE3

Rudd has offered a few tips on how he's achieved an ageless visage, and sadly there appears to be no secret fix—he told InStyle that he chalks his boyish looks up to the fact that he's a "big believer in sunscreen." If he has any less obvious anti-aging secrets, he’s kept mum about them. "I'm 80 years old on the inside," he joked last month at a reunion of the cast of Clueless. "In here, pure darkness," said Rudd, pointing at his chest. "And a little moisturizer."

The Esquire Guide to How to Drink Whisky: 8 Things You Need to Know Before Taking Your First Sip
All Photos
Comments
View As List