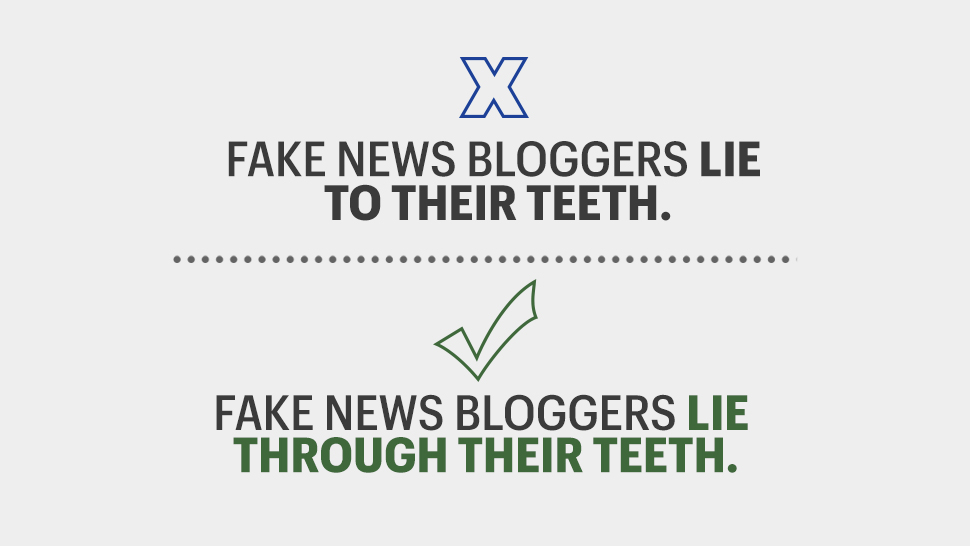 When you’re trying to make a point, using a phrase or expression incorrectly doesn’t just look silly—it can distract people from what you wanted to say in the first place. This is exactly what happened to blogger RJ Nieto when he said Rappler CEO Maria Ressa “lies to her teeth.” 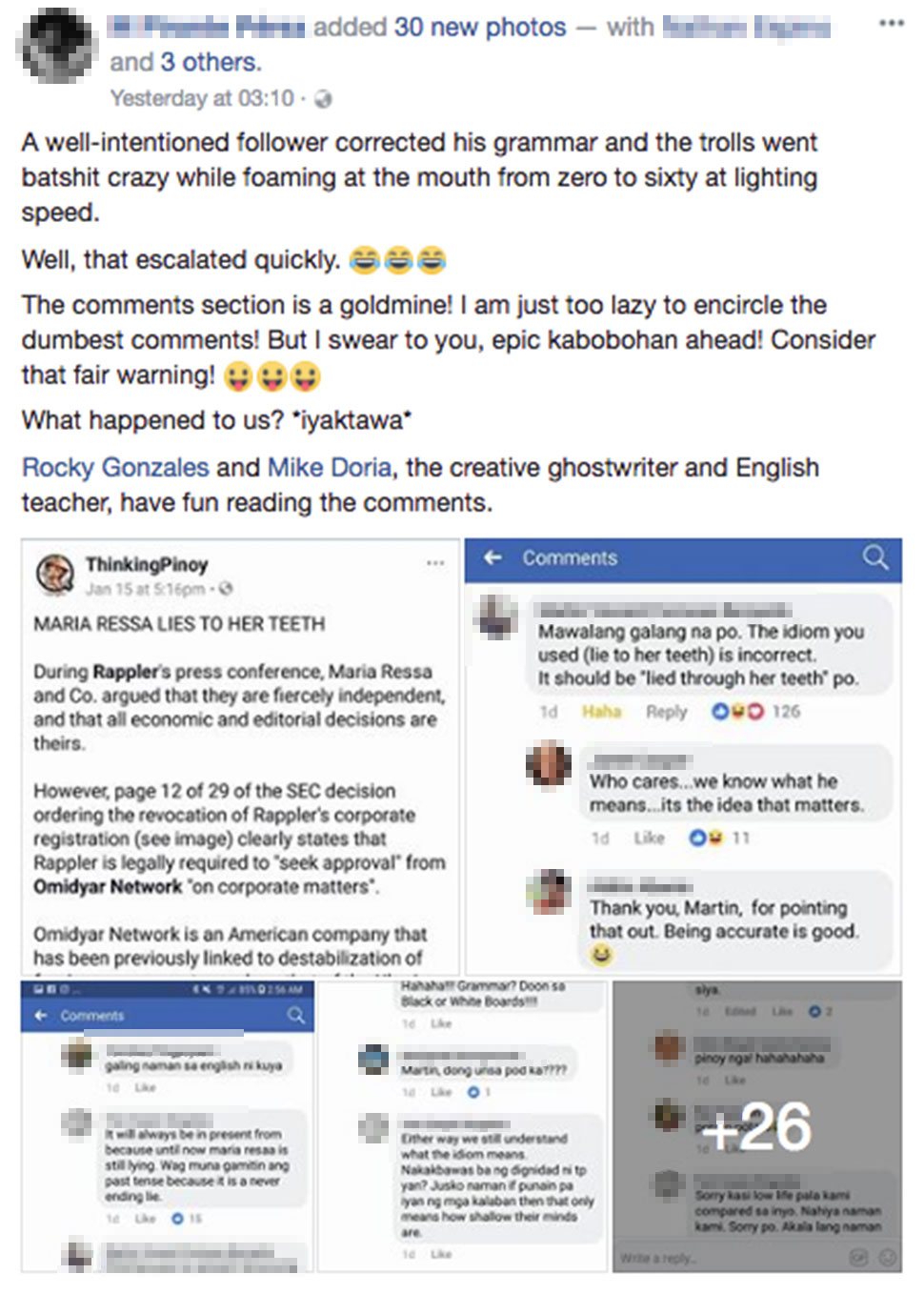 A concerned follower gently pointed out that the correct usage would be “lied through her teeth.” After all, one would assume Nieto doesn’t mean that Ressa tells falsehoods to her molars—though many of his other followers hilariously thought the phrase meant that Ressa was literally lying to her teeth, and therefore herself. (What.) 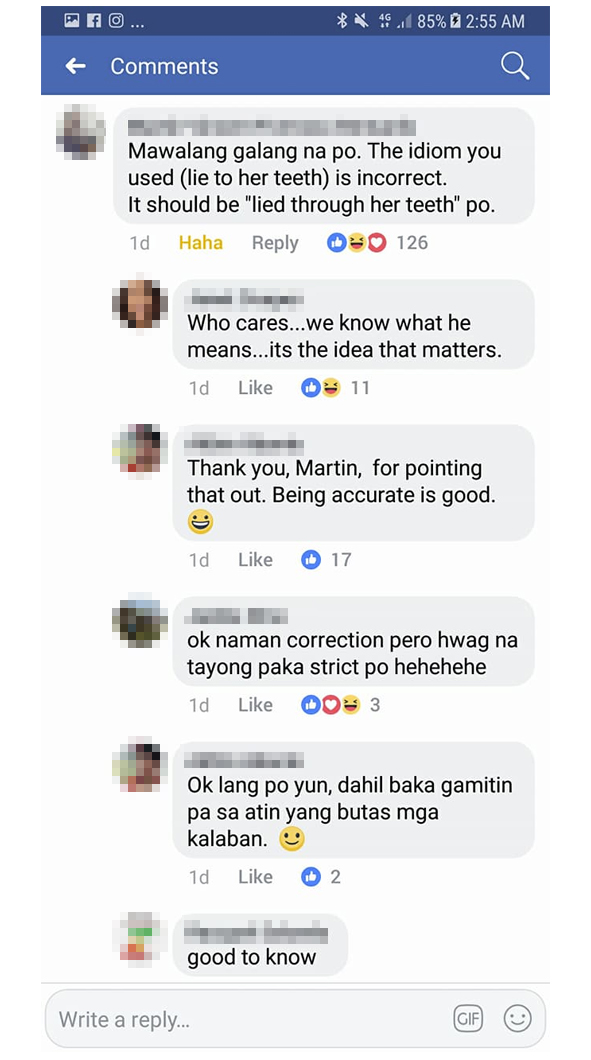 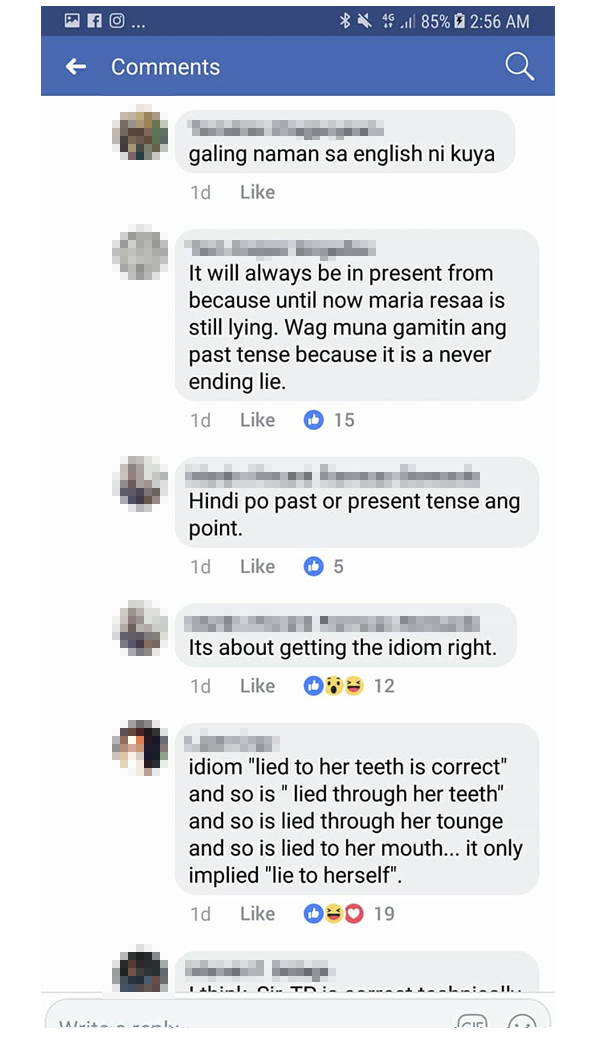 Here are some phrases people often mix up: 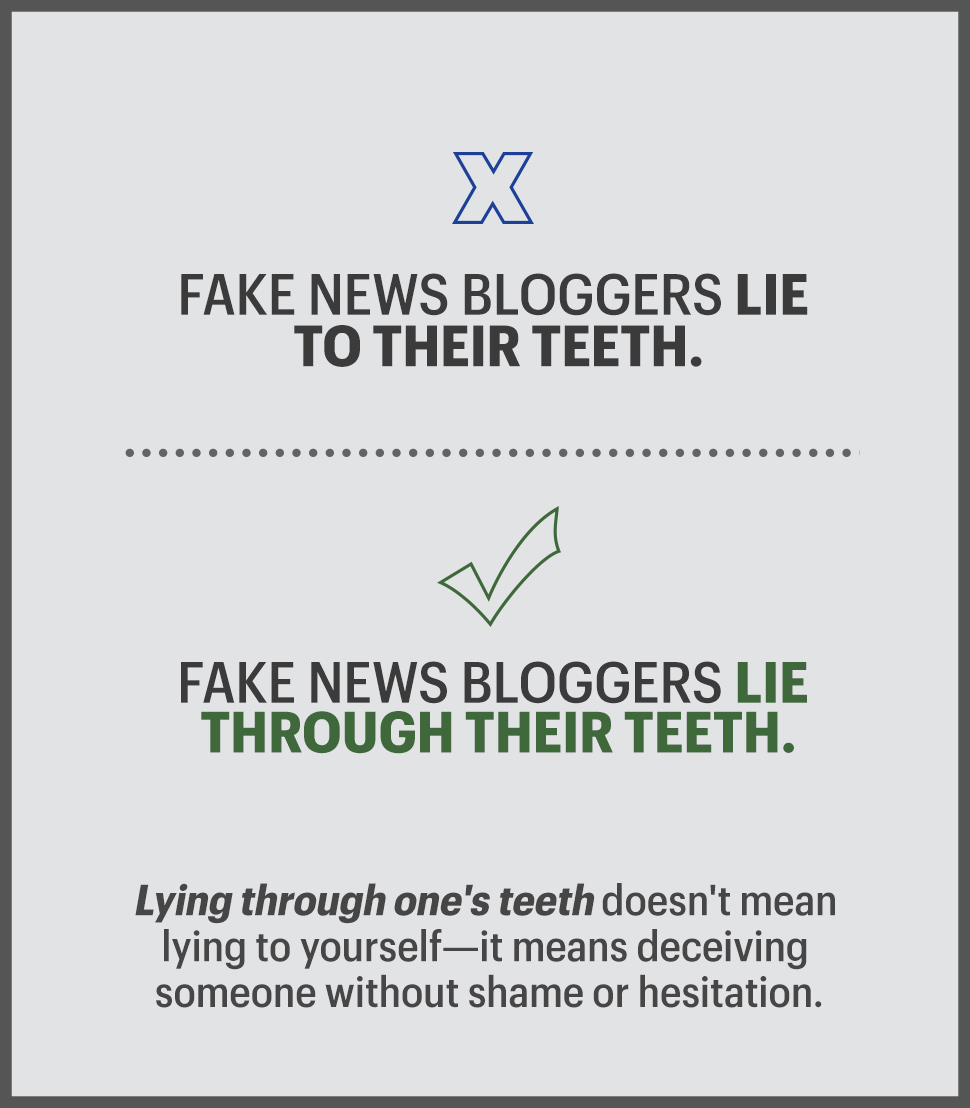 Lying through one’s teeth means you’re saying something completely false without guilt or remorse. The phrase “through one’s teeth” evokes the image of someone smiling or looking at ease while lying. There's no such expression as "lying TO one's teeth." 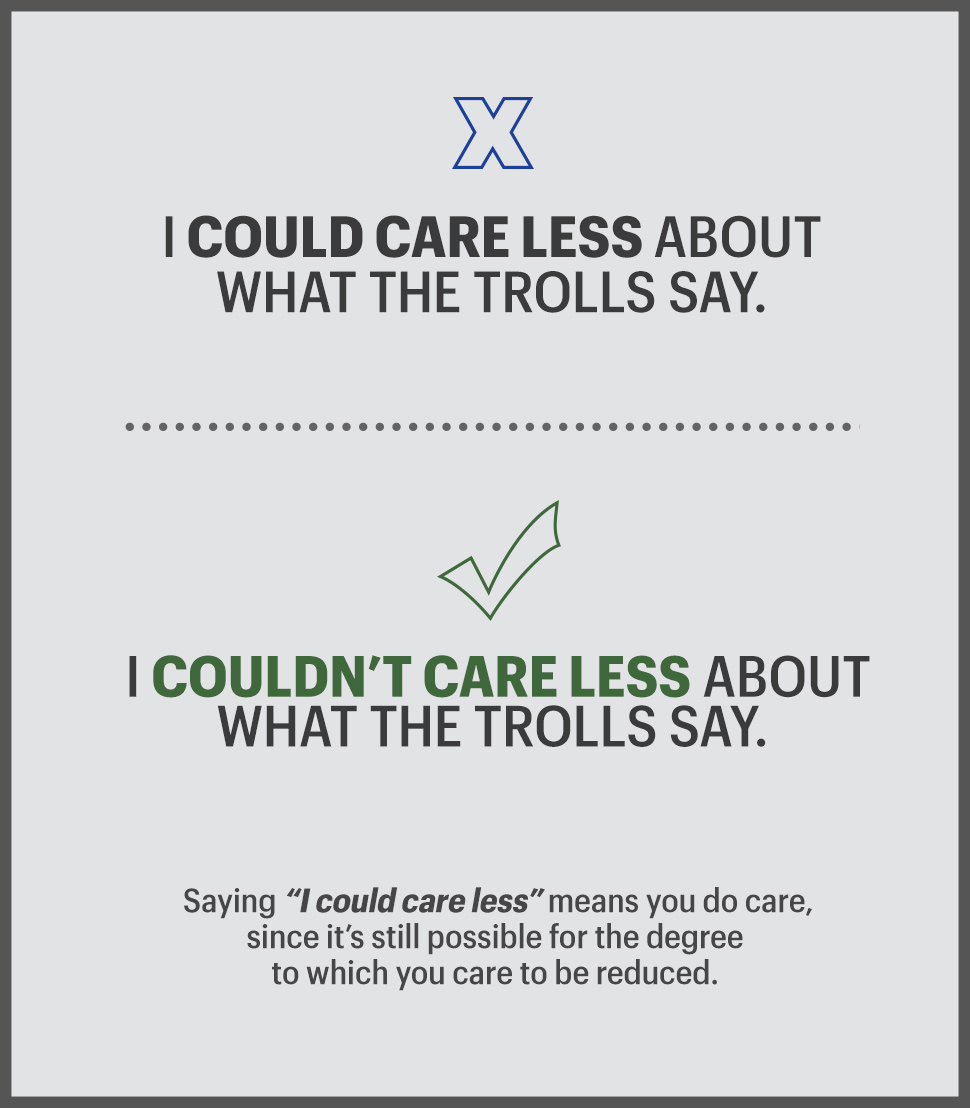 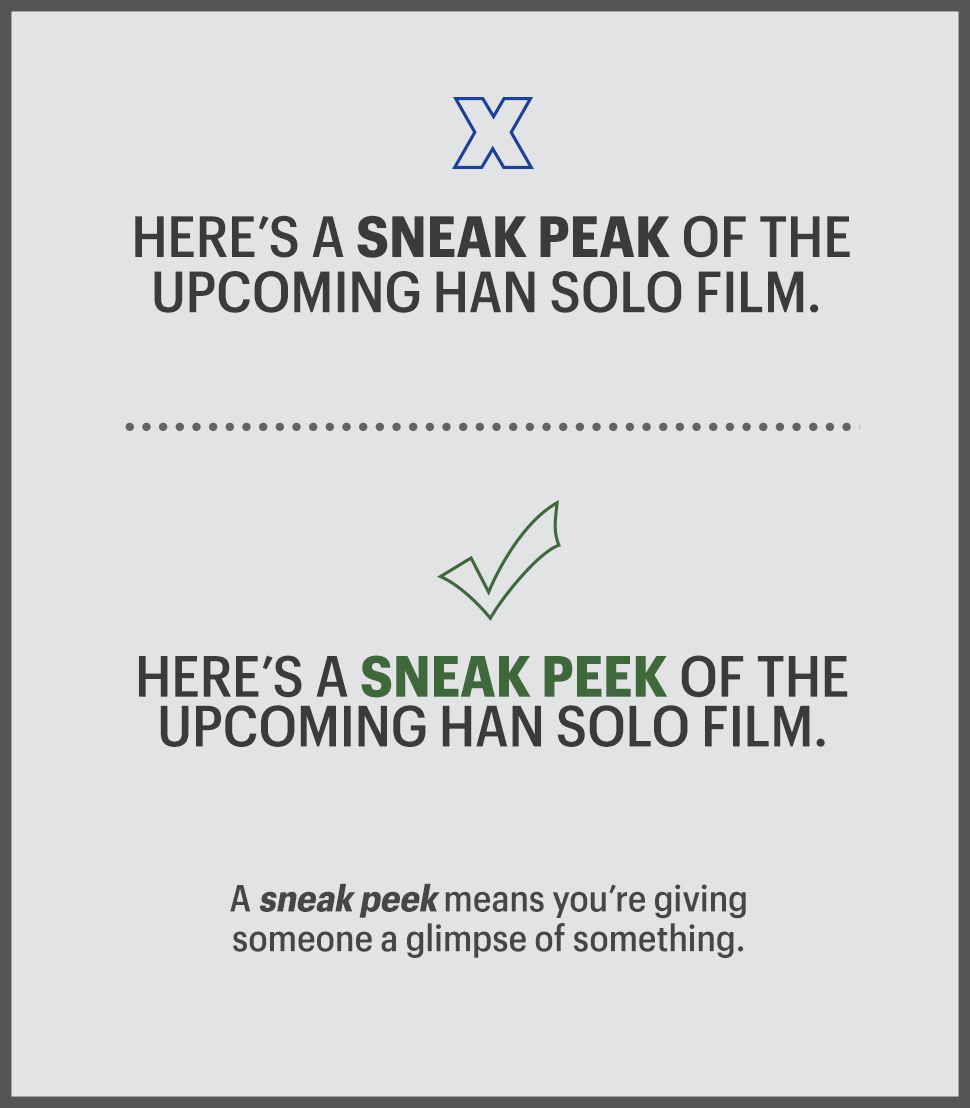 People often mix this up because "peek" sounds the same as "peak." However, to "peek" means to glimpse, while a "peak" can mean the top of a mountain or to reach the highest point of something. So giving someone a "sneak peak” doesn’t make much sense, unless you mean that a mountain peak is sneaking around somewhere. 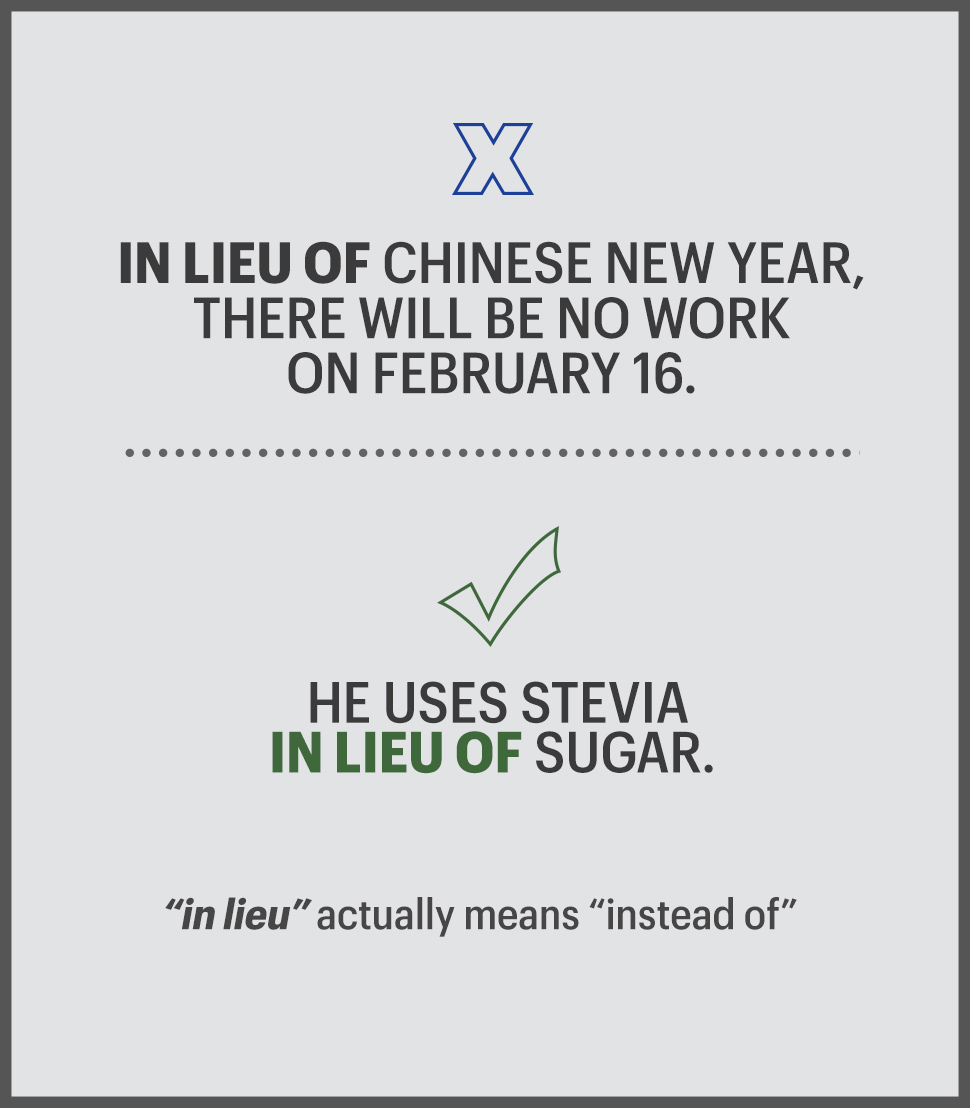 We’ve seen signs saying “In lieu of Holy Week, we shall be closed during these hours.” A lot of Filipinos seem to think "in lieu of" means "because of," when it really means "instead of." The moral of the story? If you're not sure what an expression means, make sure to find out before you use it. And there's nothing wrong with stating things in the simplest way possible, rather than embarrassing yourself by trying to sound fancy. 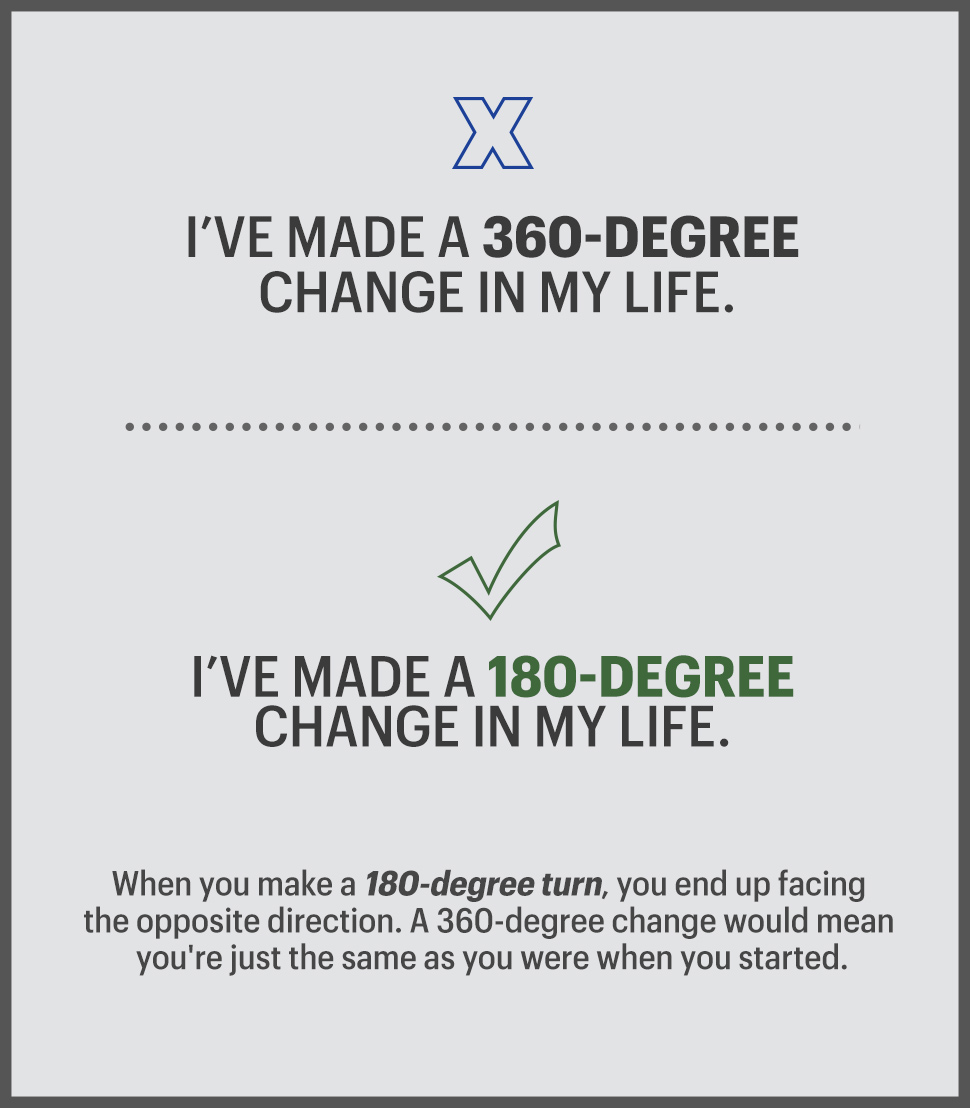 When an object makes a 180-degree turn, that means it’s now facing the opposite direction from when it started. Thus, making a “180-degree change” means you’ve completely changed your ways. If you say you’ve made a 360-degree change, that just means you’ve gone right back to where you started, since turning 360 degrees puts you in the same direction you were facing before. 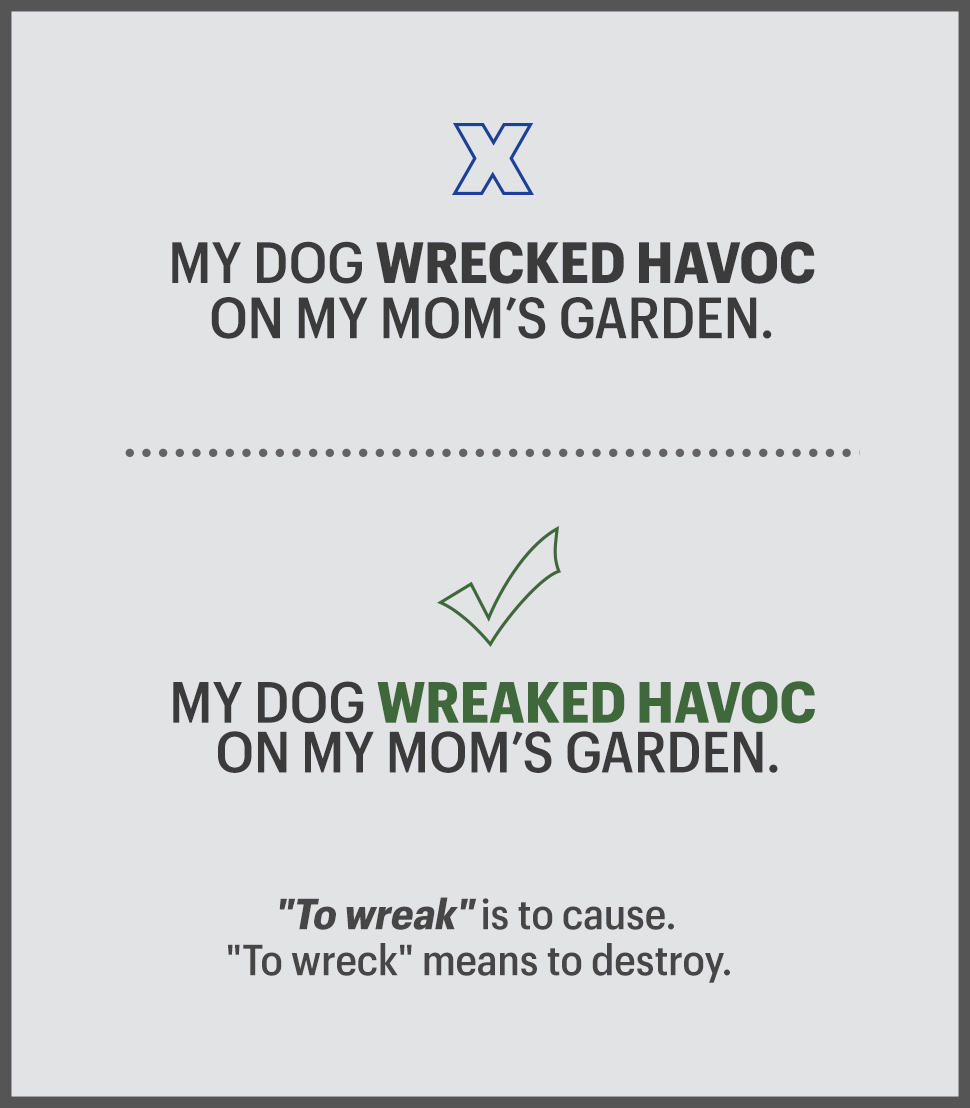 This is another case of people mixing up similar-sounding words. But again, you can avoid confusion if you consider what the words actually mean. To wreak means to cause, so "wreaking havoc" or causing complete and utter chaos makes complete sense. On the other hand, "wrecking" havoc isn't just wrong—it technically means the opposite, since you're saying you're destroying or eliminating havoc. 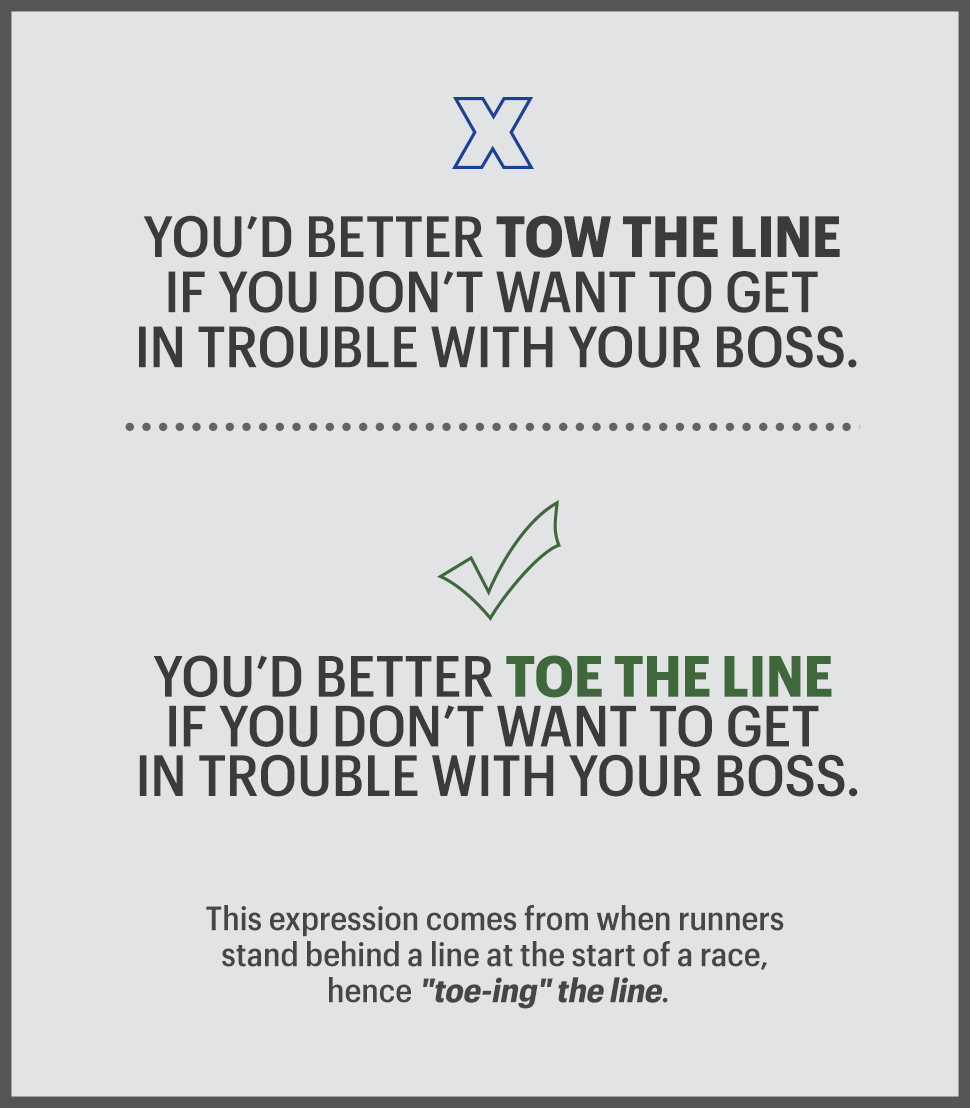 Toeing the line means to know your place, or to submit to a certain authority and do what's expected of you. Some etymologists say the expression originates from people staying behind the starting lines at races. Others believe it comes from the lines on the floor at the British House of Commons. Each party was supposed to stay behind their line, and this practice prevented the opposing parties from rushing forward and attacking each other when debates became too heated. If you want to keep things simple, just think of toeing the line as the opposite of crossing the line. 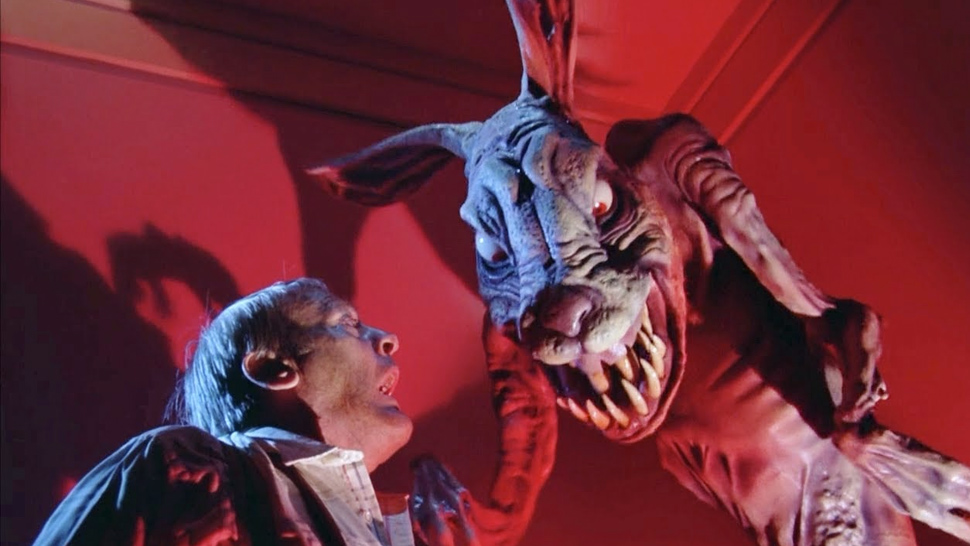