Raymond Gutierrez Was Born Into Showbusiness-He Built An Empire Instead

No one expected Raymond Gutierrez to jump ship from mainstream showbusiness. His father was a matinee idol, his mother an actress, and his siblings—twin brother Richard included—decided to follow in their footsteps. He’d started doing movies when he was three years old. By all means, his place in the pantheon of Filipino showbusiness should have been a birthright. Instead, Gutierrez took a leap of faith and decided to pursue a career as a TV host.

“Stepping out of mainstream showbusiness [is the biggest risk I’ve taken so far],” he recounts. “I saw it as a safety net. There was a point in my life where I knew I wanted to try something else—but what was I going to do next? There were so many things in my head, and that’s when I started to just funnel it into something creative.”

The road to multi-hyphenate

Gutierrez has carved his own path, and it’s led him in many different directions. From hosting reality shows and entertainment news programs, he’d found himself in a completely different field after a chance meeting with a former editor in chief for Preview magazine. Soon, he’d become the publication’s society editor and later the fashion director for Esquire Philippines.

“I had to prove myself in that field, because as a TV host, I had no kind of education or background in writing or journalism,” he recounts. “It was a big title, a big role. I went through the stress, submitting a portfolio, what my pages would look like, did the interviews, did the HR, the whole thing.”

After he organized Esquire’s launch in the Philippines, he received an offer to put together a launch for a premium ice cream brand and started producing events from there. Partnering with an established nightlife entrepreneur for the launch of 71 Gramercy was another turning point that would lead Gutierrez to co-own The Palace, perhaps the biggest nightlife destination in Metro Manila.

“I enjoyed the process of bringing people together, creating a moment, creating an experience,” he describes. “And there’s a natural high that came with it. And I said, ‘I want to keep doing this.’”

“[These were] things that people didn’t expect me to do,” Gutierrez continues. “And I always like surprising people.” 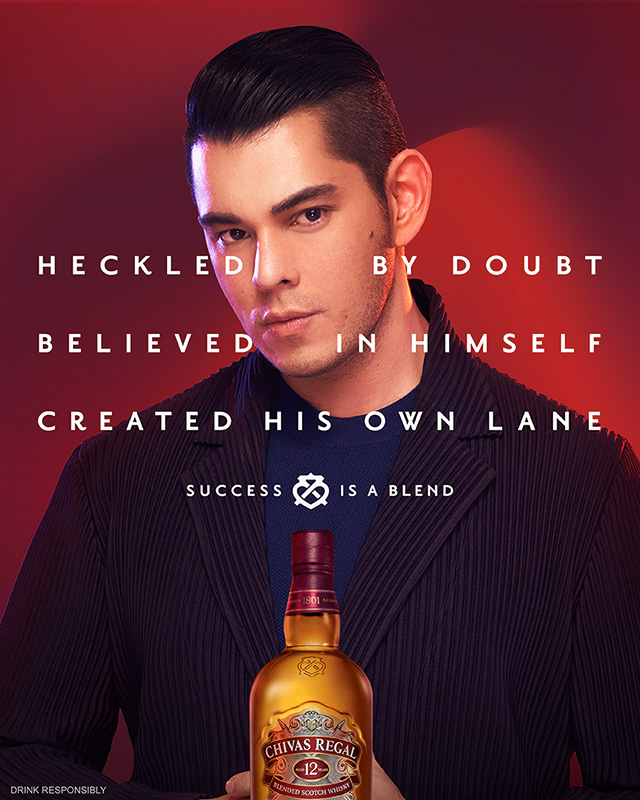 Keeping it all together

These days, Gutierrez simply introduces himself as a consultant and producer who happens to do some television. He is the embodiment of the modern multi-hyphenate with an aspirational lifestyle, but he doesn’t rest on his laurels. It’s a habit that’s come with the pressure of having a family that’s never left the public eye.

There’s a pressure that comes with everything Gutierrez touches, a need to prove himself and top whatever he’s done before. “You will still have self-doubt no matter how confident you are, no matter how successful you are, and no matter how many hats you’ve tried on,” he says. “But you have to get that out of your head. You are your biggest hurdle.”

Gutierrez has redirected his focus toward pursuits he’s passionate about, and uses those as a barometer for success. “Success is defined by your own happiness,” he explains. “I think it’s self-fulfillment. If you’re content with what you did and if you think you did a great job, that’s successful. There are small wins in your daily life, but you can also have big successes like taking on risks that work out for you.”

By pursuing different passions and taking huge risks, Gutierrez has blended different facets of his life to create an image of success uniquely his own and undefined by one job title.

In the same way, Chivas Blended Whisky blends together fine ingredients to create a timeless classic. Its components are special on their own, but when mixed together, they become extraordinary. Success is, after all, a blend—each one unique to the individual.