Because we want to showcase what Manila has to offer.
CREATED WITH HEINEKEN
Jun 6, 2017
Shares
Share
Tweet

You think you know Metro Manila. On the surface, our plot of the world is everything it’s cracked up to be: a boiling stew of dust, noise, sweat, and congestion that’s as mean as it is messy. It shouldn’t be difficult to acknowledge the truth, that our little urban jungle tends to come off as abrasive, even to its own inhabitants. But that’s only on the surface.

Falling in love with Metro Manila is an affair that demands your effort—if you really want to get to know this place, you have to draw the curtains and open it up yourself. You have to take the time to explore its arteries and dig into its nooks and crannies.

The best things about Metro Manila aren’t in the malls (however much we love our malls) or anywhere in clear view of the public eye. No, its heart lies deeper, in its crevices: the holes in its walls, its side-streets and alleys, its underground scene, its grooves and furrows—places you wouldn’t think to look. And once you really step out into Metro Manila and open it up, you will find a much more intimate picture of our capital region: one that’s bursting with character and flavor—one that deserves to be shown to the world.

Heineken recently launched its Open Manila campaign to prove that Manila is indeed a city of the world–a city that can stand against its other bigger counterparts. There are many secrets of Manila to share and things easy to love, and Heineken knows this too well. Finding these places, and indeed, knowing Metro Manila, is a perpetual endeavor. You’d need to live in it and explore it constantly to feel its pulse. But to get you started, here are a few of its lesser-known restaurants and establishments that are worth a visit. Seek them out and expect a pleasant surprise. That would be a step in the right direction for anyone looking to see Metro Manila for what it is: a city of the world.

Historia in Quezon City
Conveniently located in the middle of Quezon City, this bar in Sgt. Esguerra is a favorite among laid-back locals and professionals. It’s a good place to share stories, ideas, and the less serious stuff over bottles of Heineken. 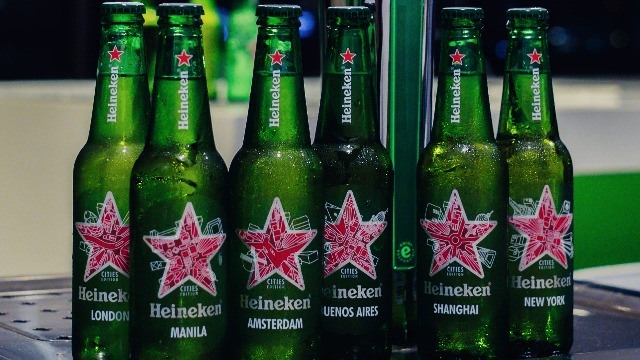 Little-known Thai restaurant in Marikina
Just along the side of Marikina Public Market, there’s a Thai place that’s renowned by locals as an icon of Marikina dining. It’s easy to miss, because it’s fairly nondescript and the market is surrounded by different stores and establishments. But once you do find it, treat yourself to the city’s best Tom Yum Goong.

Affordable XLB place in Malate
All the fancy, three-syllable Chinese restaurants in our malls serve xiao long bao, a dish that has become a famous fixation among their wealthy patrons. But if you’re looking for some XLB that’s much cheaper and just as good if not better, seek out this 24-hour dimsum place located in the busy street of Mabini in Malate.

Balut industry of Pateros
Foreigners don’t understand it, Filipinos are so quick to defend it, and yet too few have tried the realest of the real when it comes to balut. Pateros, a municipality in between Taguig and Pasig, is the best place to buy fresh balut in Metro Manila.

Café Lupe in Antipolo City
Well, technically Café Lupe isn’t in Metro Manila, but it’s just few kilometers away. This restaurant has a magnificent view of the metro’s skyline and silhouettes of high-rise buildings of Pasig—great place for drinking cold Heineken, if you ask us.

Boutique shops in Kamagong Street
It’s a bit of a stretch to call these tiangges “secret” or even relatively obscure, but as far as upscale menswear stores go, these Kamagong Street boutiques may just be the best one that’s still on the down-low. Some stores even stock imported garments, and a lot of brands that the fashion set really seeks out.

Vinyl and old records stores
Vinyl record collectors and enthusiasts will point to Quezon City's Cubao Expo, Kamias Road, and Maginhawa Street as the best places to go digging. The vinyl shops in those areas are a hotspot for the growing vinly community in the country. From rare records to more contemporary ones, these shops may have the right LPs for you. 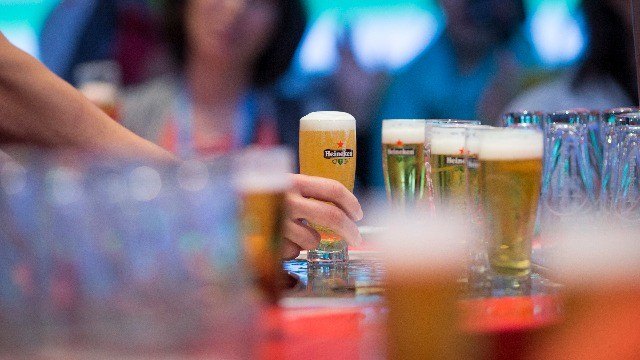 The great thing about Manila is that it's open to those who want to explore and re-discover it. Heineken has Manila's back in turning secrets into free-for-all knowledge. The guys behind the popular premium beer brand want to open Manila to individuals who dare to be different, to be outside of their comfort zone, to seek possibilities.

As part of Heineken's Open Manila campaign, they are giving people a chance to win trips to Amsterdam, London, or other cities in the world by unlocking secrets or hidden gems of Manila. Just take a photo of you with the Open Manila sign found in bars and restaurants across Metro Manila, share it on Instagram with #OpenManila and #HeinekenPH in the caption, and tag and follow @heineken_ph. To know more about Open Manila Challenge, visit this website and go to Heineken's Facebook page and website today.

Shares
Share
Tweet
This article was created by Summit StoryLabs in partnership with Heineken.
MORE FROM HEINEKEN

Where to Drink Now: 5 Metro Manila Bars for a Chill Night