Enduring love. Lasting lust. They're not in great shape right now. The idea of staying in a relationship with one human from early adulthood until death has been branded as outdated, naïve, and unadventurous. What's the opposite of "having a moment"? Fidelity is having that.

Happily, I'm not here to navel gaze and pluck out a list of hyper-practical ways faltering lovers can recapture the urge to smush their genitals together. There's no "date night" you can put into your iCal; no office flower delivery app to call upon. None of those things alone can win back that which a stale relationship has lost: its tenderness. 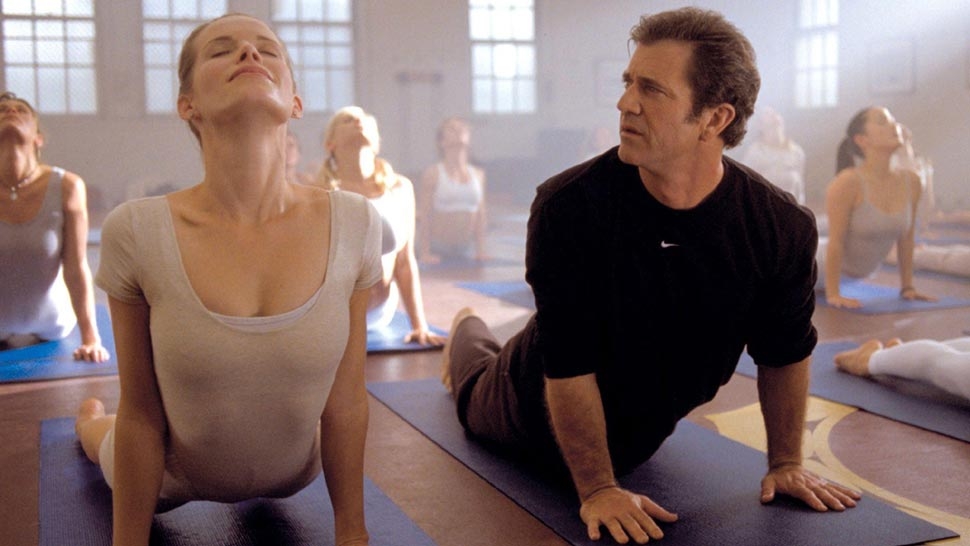 Really, in all matters of the heart, tenderness is the lynchpin.

I hear you rolling your eyes. But let's follow the thought through.

A writer who is no longer tender won't be terribly good at writing anything at all. How can you observe the nuance of human behavior, without feeling the full spectrum of human emotions? Why do so many actors begin to make abominable turns in abominable films in their 40s, 50s, and 60s? Money, sure. But think bigger picture: they've lost their sensitivity—their ability to connect to a character.

We felt shown up; our chemistry had been blow out by two veteran lovers.

And so it goes with relationships, too. Tenderness is the lynchpin. Cynicism is the cyanide.

We know this intuitively. We feel it when it happens—our goodwill and thoughtfulness pulling away from a lover like a low tide. When people talk about the "little things", this is what they really mean. And as with savings accounts and those meals you eat when you're hungover, the little things add up.

Look, in defense of lazy writers—I have time for cute/cheeky/surprising gestures. They can and should be done, if only in the name of cuteness/cheek/surprise. But, much like alcohol, they won't manufacture good feelings so much as amplify what's already there.

The good news is that tenderness is remarkably easy. But, much like a burdensome plant, it requires upkeep.

In the summer of 2015, my girlfriend and I found ourselves in an overpriced Japanese restaurant in San Francisco.

The couple next to us must have been in their fifties. He wore a crisp shirt and trousers with a crease. She was in a sun dress and had a jacket draped over her shoulders. Maybe they were playing Roman Holiday dress-up. They'd gone to an effort.

Before we could so much as order a sake, they had cold prosecco dancing around shabby glasses and raised a toast.

"Here's to a beautiful day in San Francisco—with you," he said.

It was the sweetest, simplest thing. We felt shown up; our chemistry had been blown out by two veteran lovers. Maybe it reads as banal—maybe you had to be there. But I assure you, his words could have melted your heart quicker than that "San Junpiero" episode of Black Mirror.

To this day, we'll still use his tenderness power move ourselves. (Sometimes we do it to take the piss: "Here's to a beautiful day in this crowded IKEA cafeteria—with you.") For the most part, it's a little reminder to be nice to each other. In relationships, habits matter. That's a good one.

Think back to the very start of your relationship. You sent over a tweet, a wink—and behind damn well all of it was your best.

Not that maintaining a flame is simple. Sure, I empathize with those that suffer the occasional wandering eye. I understand that there is a fantastic cornucopia of beautiful people out there. 2017 is a wonderful time to get laid. Such is the propagation of dating and digital, you could feasibly have a rip-roaring time with several eligible, effervescent strangers a week.

But of course, the richest rewards in life require more effort than a swipe and some chat. John Ruskin, the 18th-century writer, said: "Quality is never an accident. It is always the result of intelligent effort." Let's amend him gently: Quality is the result of continued effort. This hits at the guts of things.

Think back to the very start of your relationship. You sent over a tweet, a text, a wink, a nod, a swipe, a wondrous piece of banter—and behind damn well all of it was your best. With all your might, you were trying. Summoned up in that moment—or those moments—was every lesson learned from a botched piece of chat, a too-sloppy kiss, a text not responded to. Your partner, at one point, was an embodiment of everything you'd been questing for. And you got them.

Naturally, questing has to end. Naturally, at some point we ask ourselves: What now? What even is the point of this?

We all want the Seinfeld of relationships: that glorious unicorn that still makes millions off re-runs, decades later. The one that still pulls in viewers, new and old. The one that all others could and ought to be measured up against.

But, I suspect, the way to get that unicorn is not to find it—but to build it. With tenderness, sure. But build it with small things and big things and shitty things overcome. Inevitably, much like that grim construction site you pass by on a morning commute, you'll one day look up and find something worth admiring. Even the most towering of feats is made of individually insignificant little parts.

A few weeks ago, a friend of a friend passed away at 79-years-old. His turn into illness was sudden but not sudden enough to squash a long, drawn-out goodbye with his loved ones. His life was a testament to building things—one of those men whose departing leaves behind a mass of friends and admirers that blends generations.

When he passed, his last words were for his wife. They were small, they were tender, and I've no doubt they had been spoken many times before. "I love you. I can smell your perfume."

About The Author
Adam Baidawi
View Other Articles From Adam
Get The Latest Updates From Esquire!
Subscribe to our newsletter!
Latest Feed
Load More Articles
Esquire Money

This Is How People's Sex Lives Have Changed Since the 1990s

11 Ways to Have Sex Better, According to Science
All Photos
Comments
View As List