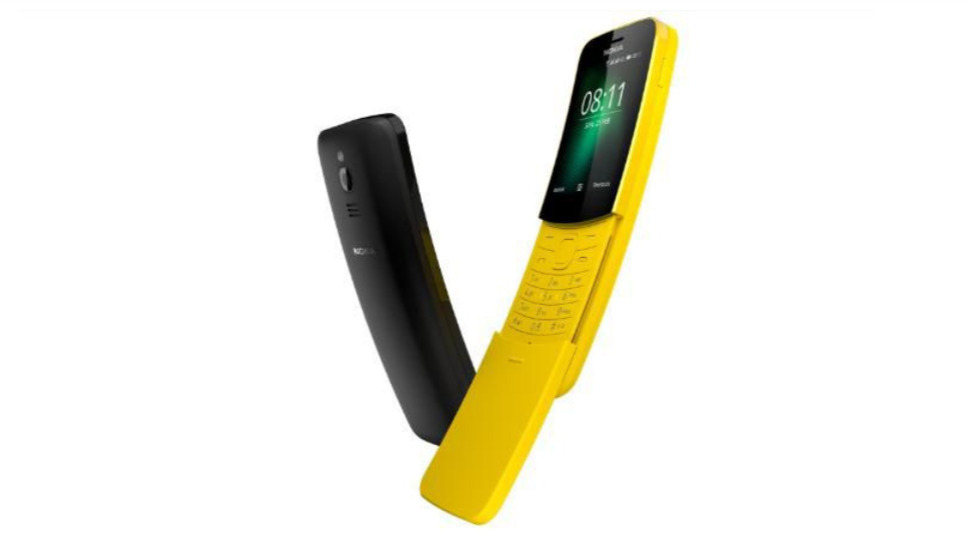 This weekend saw the 2018 edition of Mobile World Congress, a Barcelona get-together for phonemakers that featured the launch of new top-of-the-line smartphones including the Samsung Galaxy S9. However, this nostalgia offering from Nokia was a surprise star of the show.

The original 8810 dates back to the dumbphone era dominated by Nokia devices. This one got its star turn as Neo and company's cellphone of choice in 1999's The Matrix, which was definitely the only film in that franchise and don't check my facts on that.

Nokia's new version, the 8810 4G, retains the bananaphone shape (and comes in a bright yellow color option to match). This isn't exactly a flagship smartphone in terms of capability, but it will run Facebook, Twitter, Google Maps—and yes, Snake, like a true 1990s device.

We're not expecting the bananaphone to re-conquer the world. But there's something more at play here than just a 90s nostalgia gag. The 8810 is cheap and reliable, which is worth something on its own. And in other throwback, it has enough battery life for 25 days in standby mode.

In the days leading up to 2018's Mobile World Congress, we were talking about our love for weirdphones—devices where tech companies are experimenting with something beyond the bad-battery-life black rectangle that defines the modern smartphone. The 8810 4G isn't for everyone, but at least it's different.

About The Author
Andrew Moseman
View Other Articles From Andrew Moseman
Get The Latest Updates From Esquire!
Subscribe to our newsletter!
Latest Feed
Load More Articles
Esquire Money

With One Tweet, Kylie Jenner May Have Made Facebook’s Stock Rise

Admit It, Your Kitchen Would Look a Lot Nicer with a $50,000 Fridge
All Photos
Comments
View As List