From Sword and Shield to Red and Blue, with some spinoffs in between. 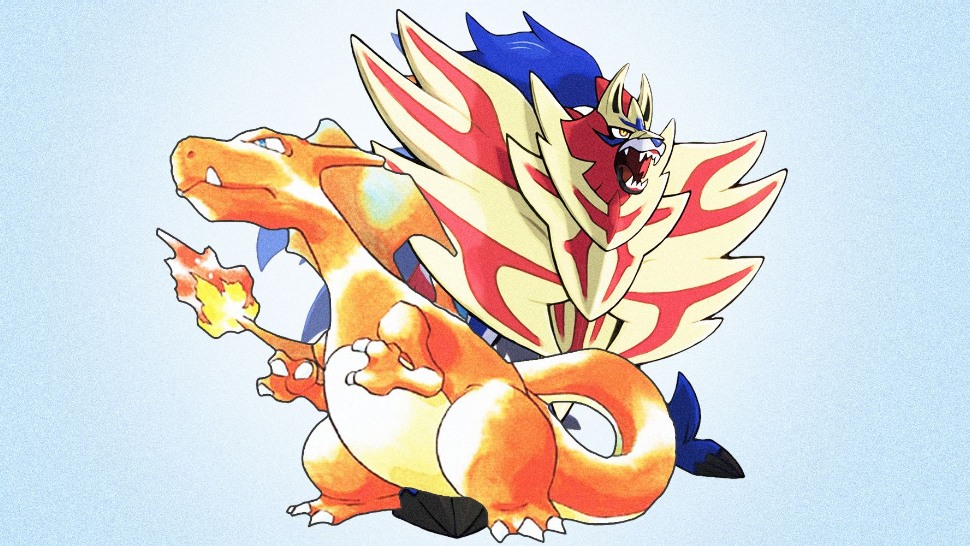 Few games have had the same manic run of the market as Pokémon, a series that's so cute and yet so ethically wrong. (Capturing creatures and forcing them to fight? Okay.) From Red and Blue to Go, Pikachu and his pocket monster friends always seem to find their way into the spotlight every couple of years. So with the recent-ish release of Sword and Shield, and the controversies riddling it like Dexgate, we thought it was about damn time we ranked the best ten Pokémon games. Now, maybe we’re being unfair, mixing spinoffs with the main series titles, but if it's got that adorable electric rat involved, we say it qualifies. If we’re lucky, with Pokémon's 25th Anniversary being celebrated in 2021, we’ll have a lot more Poké-goodness to consider for this list by the end of the year (Gold and Silver Let’s Go!, maybe?).

Pokémon are cute—that's like 90 percent of the draw—so why not make a game about watching Pokémon be cute? In Pokémon Snap you acted as a nature photographer but in the world of Pokémon, taking snapshots of the pocket monsters in their natural habitat. It was relaxing, as well as a collectathon, which is a must for Pokémon fans. Best part is a new Pokémon Snap is coming out in April for the Switch, so if you don't want to get an N64 all hooked up you can just wait for what should be a polished and equally adorable photography experience.

Imagine taking Elite 4 battles and making Mario Kart-style Grand Prix’s out of them. Pokémon Stadium saw players running through cycles of battles, and thus was the first non-roleplaying Pokémon battle game. But battles weren’t the only thing the stadium offered; this title had one of the best collections of minigames, along with a wonderful way to emulate the Game Boy games on the Nintendo 64. While we got a pseudo-sequel with Colosseum, we’d love to see Pokémon Stadium get a Switch revival similar to Pokémon Snap. With this third coming of Pokémania, we don't think it's completely out of the question.

This took Pokémon battles to a whole new level: You were no longer the trainer, but the Pokémon. As the name suggests, this came from the same team who makes Tekken, and as you can imagine, put Pokémon head-to-head in a more traditional fighting game style, for battles that did those badass fights in the anime justice. It was absolute spectacle. Pokkén got the “deluxe” treatment a lot of Wii U titles have received with the release of Pokkén Tournament DX, but we would love to have a totally new title with a bigger and deeper roster, which seems a lot more feasible since one of the game’s producers stated they'd be more than open to it.

Generation Three was many players' favorite, featuring the likes of Ruby and Sapphire and then the definitive Emerald. Emerald brought a new technological aspect to the store, some inventive Pokémon designs, a sick-ass dragon, and goddamn outer space. Honestly, if that's not a recipe for success, I don't know what is. The first generations all really stand apart from each other, with unique personalities and constantly evolving gameplay and environments. While it acted as a sort of game-plus for Ruby and Sapphire, this new content and the quality of life changes made Emerald much more refined. It is a title many look fondly back on, and being the definitive Pokémon game on the definitive Game Boy, it acted as a lot of people's intro into the series.

Pokémon may have a lot of spinoffs but rarely has it rebuilt its standard formula from Red and Blue; save for some new features, the gameplay stays static. Then, when Pokémon Go was streamlined to primarily focus on catching, the powers that be decided to release a home console game with the leftover ideas. Pokémon Let’s Go! Pikachu and Eevee were remakes of Pokémon Yellow, taking place in the Kanto region with competitive (albeit simple) battles and the removal of battles before catching, save for legendaries. The catching system used motion controls to throw the Pokéball similarly to Go, and even connected with Go before the release of Pokémon Home. While it may not have been a traditional Pokémon game, it was a blast—a welcoming title that was open to everyone and anyone. After the refined gameplay and amazing features (like partner Pokémon in the overworld and shiny chains) it’s almost tough to go back to the standard model.

Pokémon has a long history of remaking its own games with newer models and ridiculous titles. From FireRed to SoulSilver, the retro remakes are plentiful. But none benefited as much from a redo as Ruby and Sapphire. Originally hailing from the aforementioned Third Generation, they were retooled a decade later on the 3DS. Omega Ruby and Alpha Sapphire made better on nearly everything from their past selves, adding a larger Pokédex, mega-evolution, and stunning visuals, while retaining that same charm the Hoenn region gave us the first go around.

Oh man, your fingers must be on fire right now. But how could this make the list, there’s no national Pokédex. The models are lazy. The starters are lame. Listen up. Am I sad that a few crucial members from my long-time team couldn't join me in the Galar Region? Sure. Is the game good? It’s damn good. Sword and Shield recapture that same joy and charm that unexplored regions and games gave us back in the early generations, feeling truly new. There's a sense of adventure again, something the series had started to lose. Features like the wild zone are implemented wonderfully and add a lot of depth, as do the quality of life changes—like finally being able to access your Pokébox remotely, which may have seemed sacrilege but helps us all stop pissing our lives away jogging back to PokéCenters. The game is polished, fun, exciting, and extremely well done.

It may not be the summer of 2016, but Pokémon Go still has a massive base of loyal players, along with some truly cool features that anyone even slightly interested should try to hop back into. More Pokémon, more battles, and a lot more to collect—Pokémon Go has transformed into a completely new game. Pokémon Go also connects with myriad Pokémon games, like Sword and Shield and Let’s Go!, through the groundbreaking Pokémon storing app Pokémon Home. To bring Pokémon into real life was nothing short of brilliant, and there are few moments the world banded together and actually went outside like it did in 2016. Getting out of the house remains fun.

Does this title get special treatment because it was the first in the series? Yep, but not without reason. Red and Blue was the first Pokémon game released internationally, and it brought collect and battle gaming to a whole new scale. The game introduced nearly all of the most identifiable characters, and still holds such immense nostalgia with players now. There’s a reason Red and Blue won't stop popping up in newer games. It’s amazing how much of the core gameplay this title just nailed right off the bat, and honestly how little has actually changed since its release 25 years ago. It was a huge feat to have 151 uniquely designed little monsters, and they remain some of the best designs in the series, from Pikachu to Charizard. This is where it all started, and you couldn't ask for a stronger foundation.

While Generation One was close to taking the crown, nothing has ever felt quite as good as playing Pokémon Gold and Silver. The Johto region brought a plethora of new Pokémon, the game was in color, and the starters were wild (and some of the most incredibly inventive Pokémon to date). But most importantly, it proved that Game Freak wasn't a one trick pony, that it had a much larger plan for a massive Pokémon world. Gold and Silver showed exactly why we all still love Pokémon today. We got a whole new region to explore and more of those adorable critters to discover. It also introduced mainstays in the series like a real world clock and everyone's favorite post-game goal, shiny Pokémon. Game Freak has always been good at keeping things under wraps, even with rampant leakers, and it's clear why. To capture the same type of magic that Gold and Silver made, you have to have familiarity with the system, while entering a world that still feels fresh. Gold and Silver of course did get remade into HeartGold and SoulSilver a decade later in 2009, and that game is phenomenal too, with arguably better systems and gameplay, but the OG still beats it out for the way it extended the series through sheer innovation. 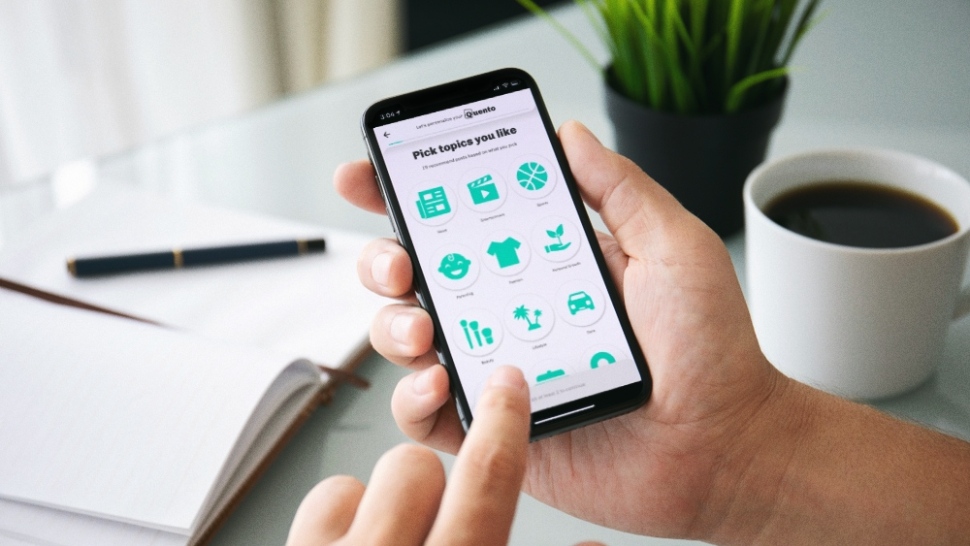 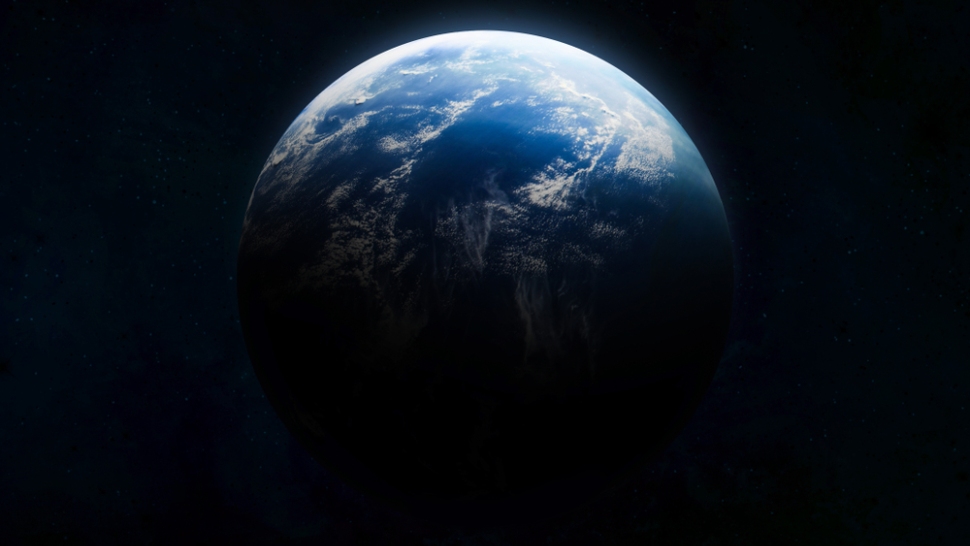