With every new console generation comes a new power struggle.

Every three-to-five years, video game fans are treated to a new generation of consoles. In this way, gaming is different than any other artform—it’s as if there was a new way to experience music or movies every few years. Sure, technology advances over the decades in all mediums. But gaming is founded upon these so-called console generations.

At any given time, there are usually three massive companies duking it out for players' attention: Microsoft, Sony, and Nintendo. In past years, we’ve seen huge systems from Sega, Atari, Intellivision, and others, but today, the big three absolutely dominate the console market. And, as the companies vie for dominance, the success of each studio ebbs and flows. Sega and Nintendo competed back in the '90s. The online capabilities of Microsoft’s Xbox changed the game in the early 2000s. And today, the PS4 remains the best-selling console on the market.

But it’s not just sales that make a console great. Games, of course, are everything. A system is only as good as the applications that support it. The quality (and quantity) of original and third-party titles can make or break a console. And while we’ve had some technologically powerful consoles over the years, only a select few have been propelled by a sizable catalog of exceptional video games. Here are the best consoles in the history of gaming. 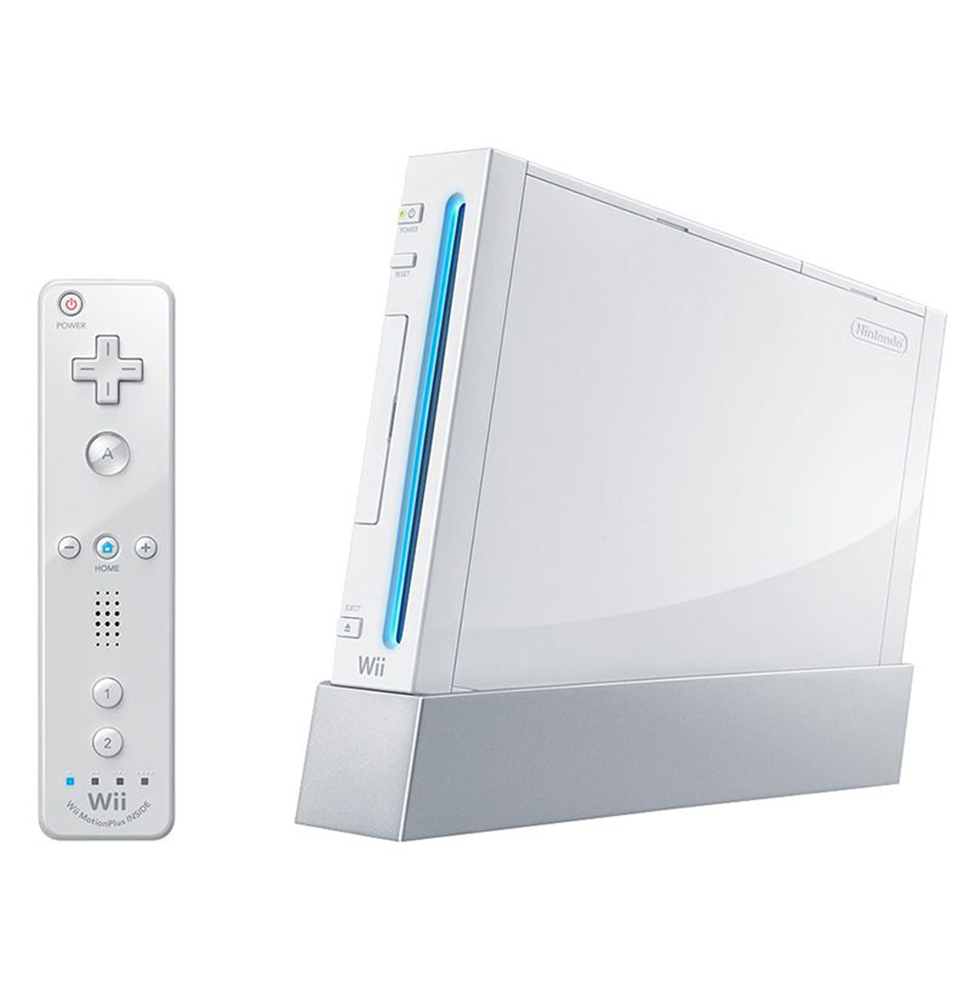 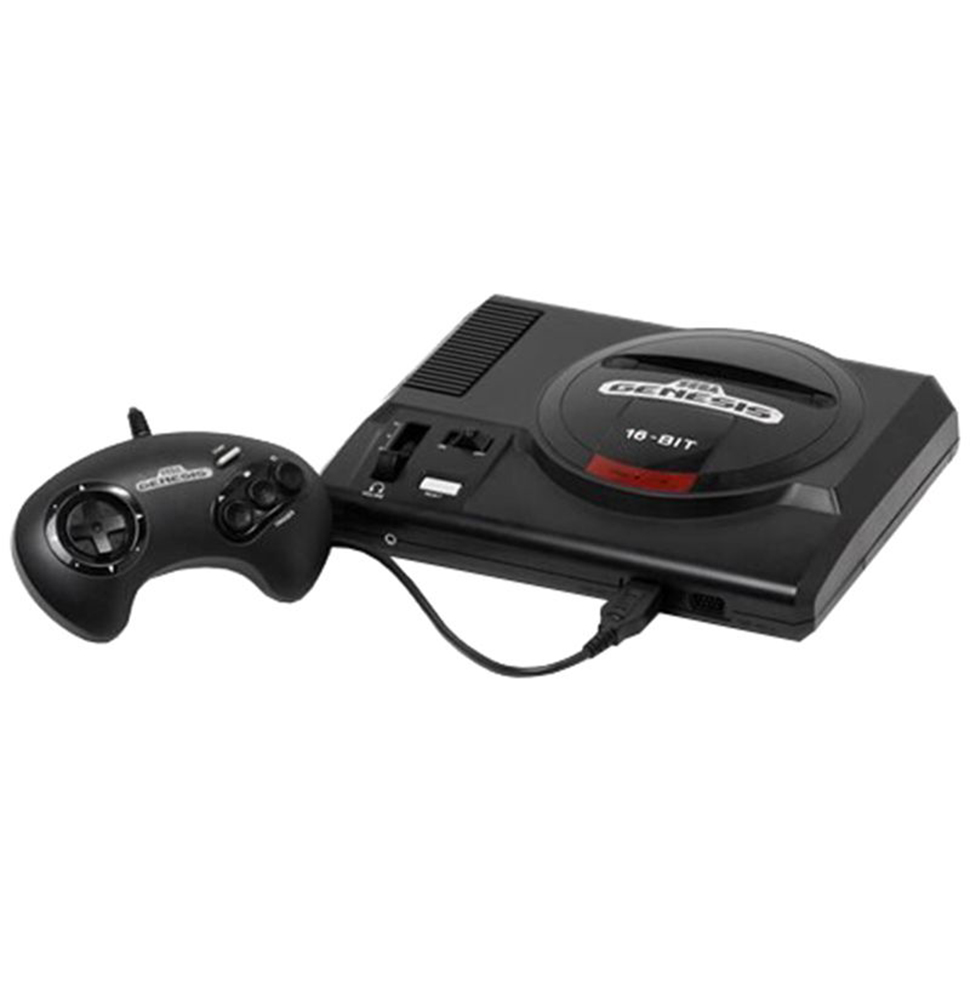 It’s no secret that I'm the president of all Wii Sports fan accounts and clubs. And honestly, Wii deserves to be on this list just for Wii Sports. The Wii was a remarkable turning point for the gaming industry—not because of gimmicks and motion controls, but because it renormalized gaming. Everyone, and I mean kids, teens, parents, and grandparents, knew what it was and how to pick it up and play. It was the hottest thing on the market, with its family-friendly, “let's bond over gaming” attitude. The Wii helped make gaming accessible for everyone. It also had a killer library, with some of the best Mario titles (Smash, Mario Kart) and many other remakes and new IPs, making it a near perfect console for its time. —C.S.

Sega entered the game in 1989 in an effort to be the cooler, hipper alternative to Nintendo’s more kid-friendly programming. And while that may seem like an arbitrary choice now, for a good chunk of years, it really worked for Sega. Titles like Sonic the Hedgehog, Golden Axe, and Earthworm Jim really broadened the canvas of the industry. These games captured the spirit of the '90s, and while the Genesis or its predecessor, the Master System, aren’t exactly as well-remembered as Nintendo’s landmark consoles, they did leave an impression. Heck, the Genesis sold 35 million units; that’s more than even the Nintendo 64. —D.N. 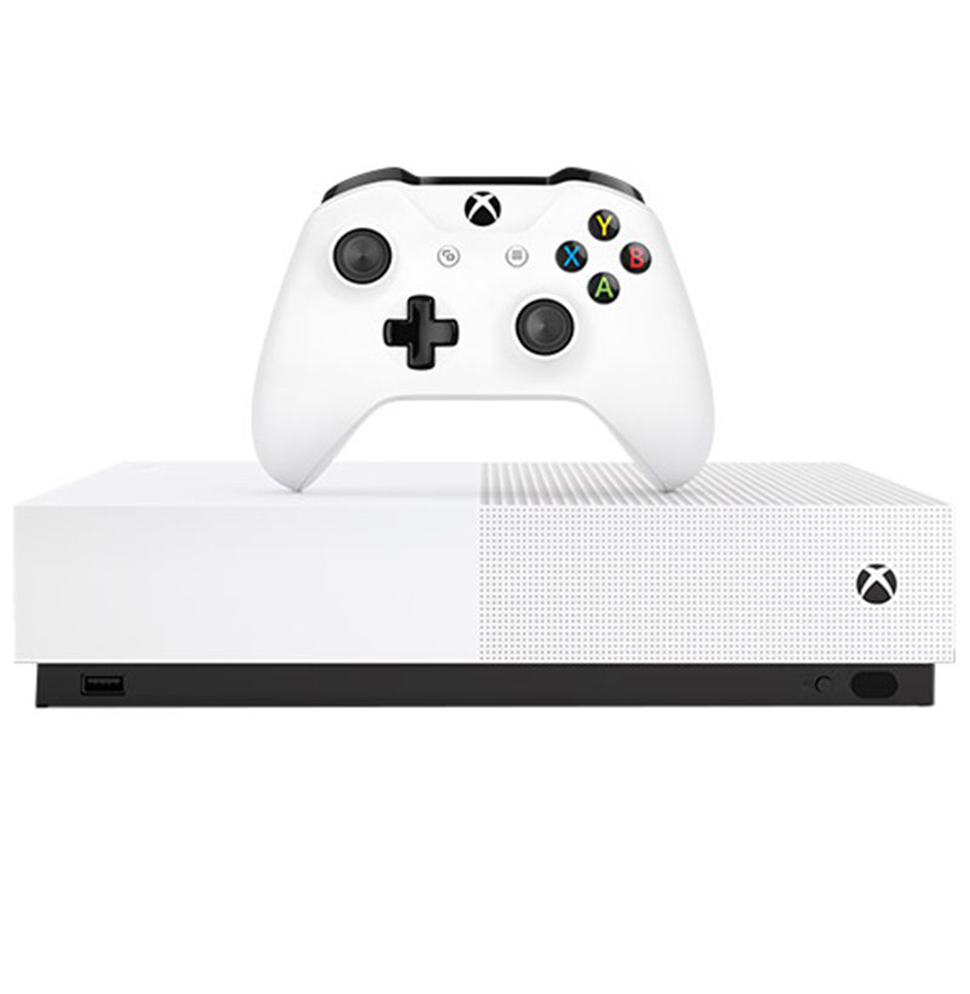 It was a close call between the OG Xbox and the 360, but we felt like the freshness of the original just edges out the later model. The original Xbox console started Microsoft's now-massive gaming empire, and it brought the vastly popular Halo franchise to the gaming world. Above all else, the first Xbox revolutionized the way we now play online with Xbox Live. It was a monumental gaming achievement that made such a splash that its online practices are an industry standard today. —C.S. 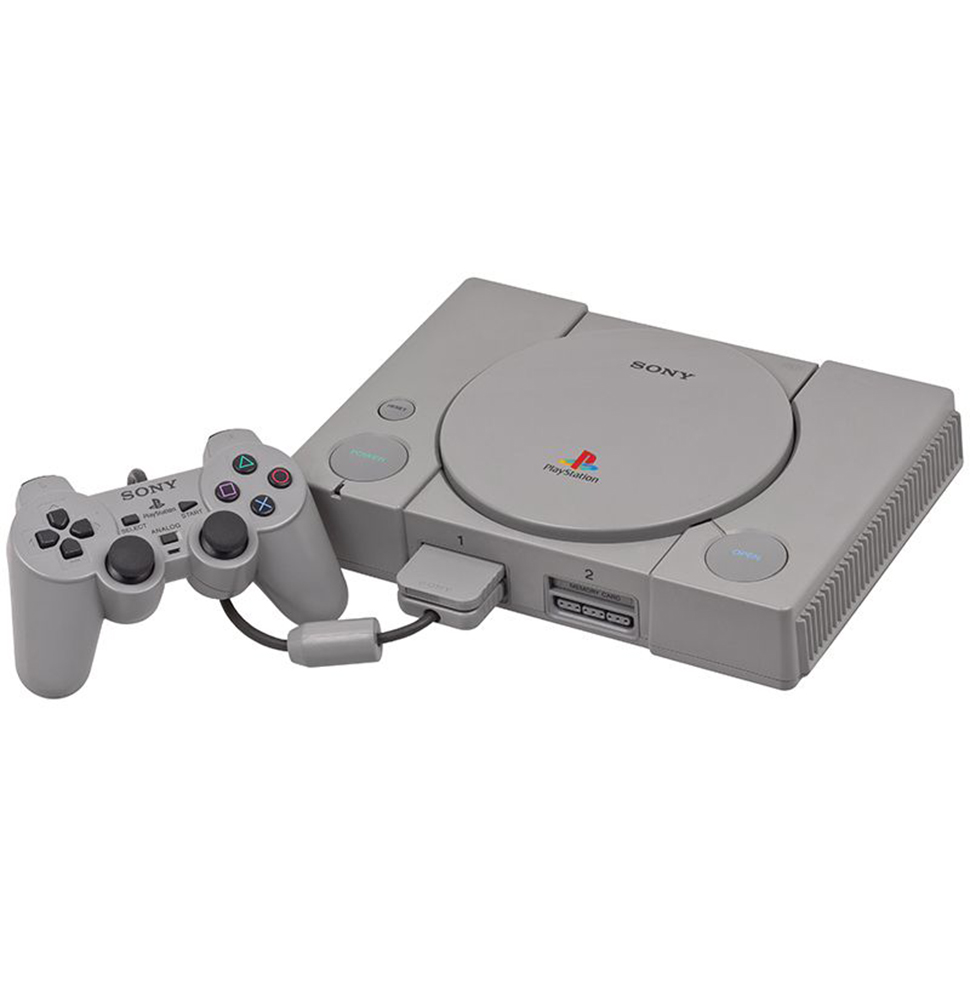 Contrary to what you may remember, the Sony PS1 actually came out before the N64. While Nintendo’s 1996 console is regularly regarded as the system that launched the industry into the third dimension, it was actually the PS1 that pushed everything forward in 1995. Sony’s console took gamers into the 3D space with titles like Metal Gear Solid and Final Fantasy VII. It offered a more serious, adult take on the industry, while still providing zany kid games like Crash Bandicoot and Spyro the Dragon. The PS1 was a landmark console. But in the end, it was overshadowed by its vastly superior successor, the PlayStation 2. —D.N. 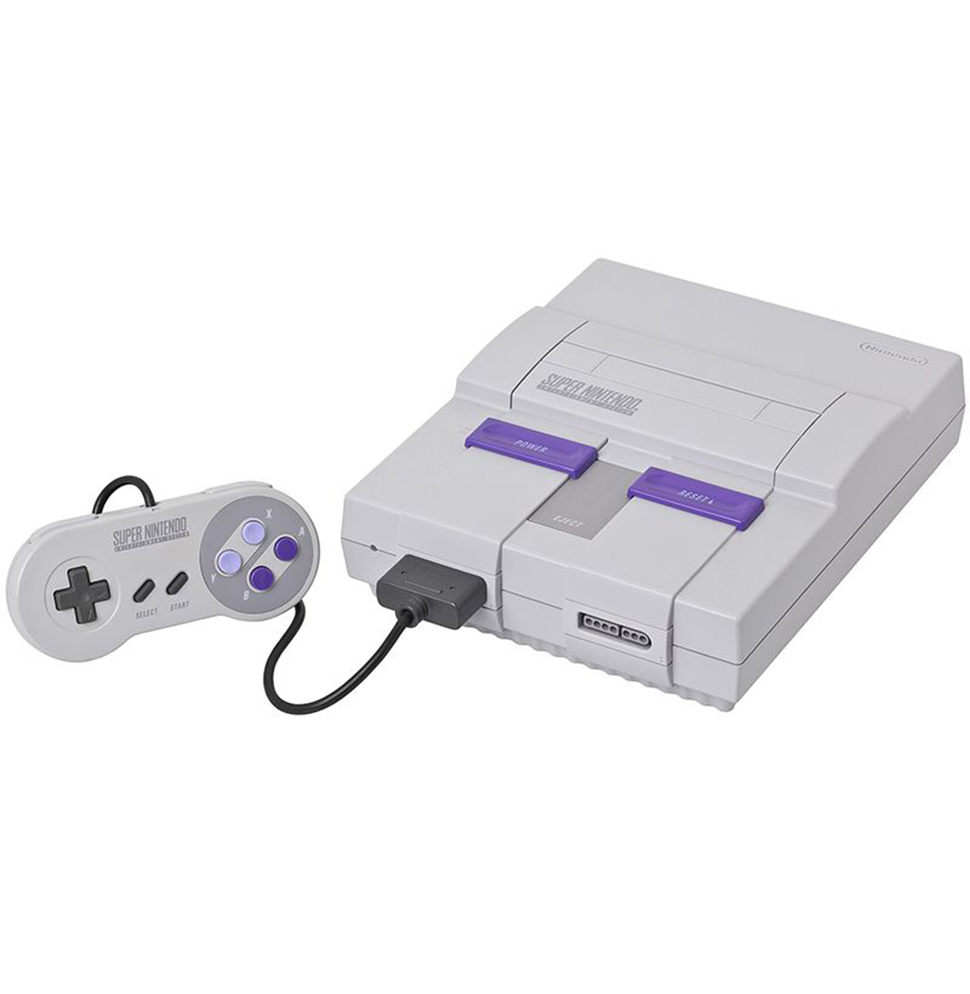 For many, the Super Nintendo, or the SNES, as it’s called, is still the gold standard for video game consoles. Pushing the industry into the 16-bit space, the SNES boasted forward-thinking graphics and was even capable of some primitive 3D, too. But what was most impressive about the SNES was its seemingly bottomless library of groundbreaking games. Super Mario World rewrote the book on platformers. The Legend of Zelda: A Link to the Past practically created an entire genre. And then there’s Donkey Kong Country, Super Metroid, Star Fox, Super Mario Kart—the list goes on. With the SNES catalog getting added to the Nintendo Switch’s online service, people are rediscovering the glory of the Super Nintendo. I envy those who are just now getting the chance to play it for the first time. —D.N. 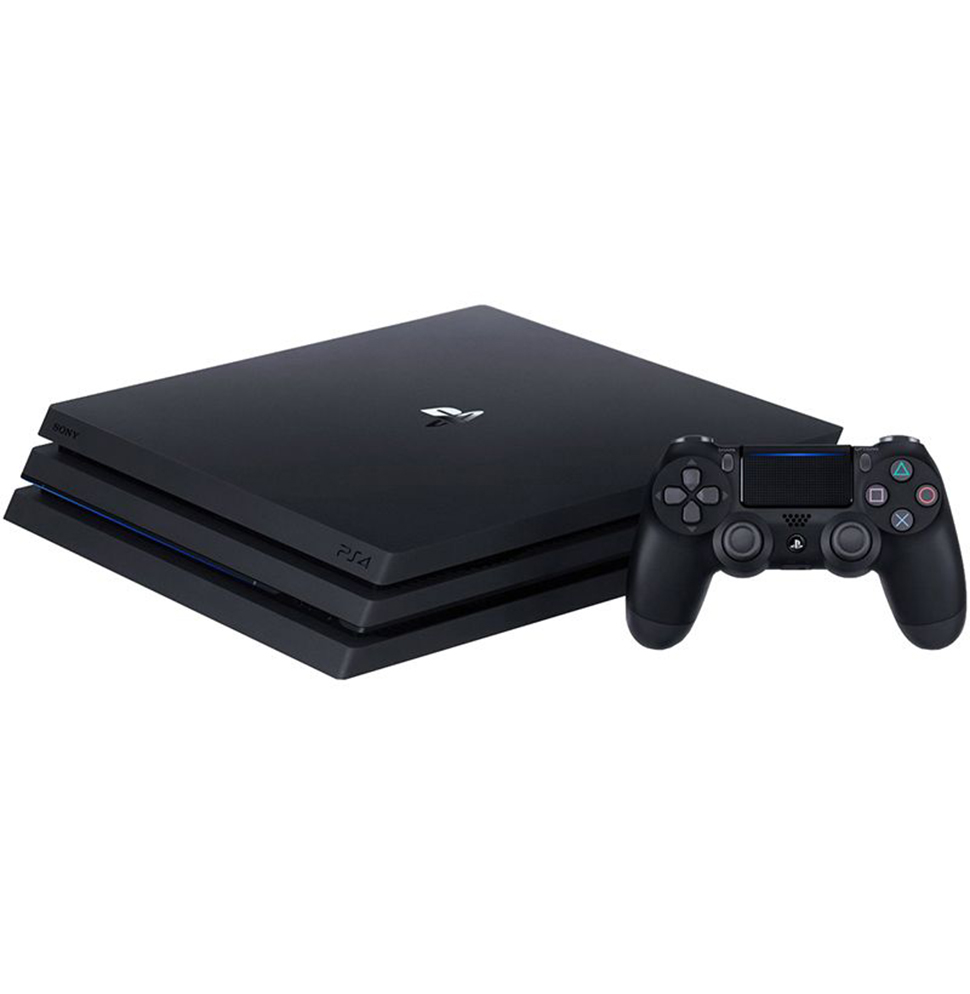 The newest Sony system, the PS4, has led the console war this generation after PlayStation 3 staggered behind Xbox 360 last round, and it's easy to see why. Just look at its huge catalog of exclusives, from God of War to Spider-Man, to upcoming games like the Final Fantasy VII remake, Death Stranding, and The Last of Us 2. The exclusives have just kept coming throughout its life. In addition, it's the only console with a “true” VR headset—sorry, Labo—that works pretty well for a much more affordable price than the likes of Vive and Oculus. The PlayStation 4 has versatility and a phenomenal library to boot. —C.S. 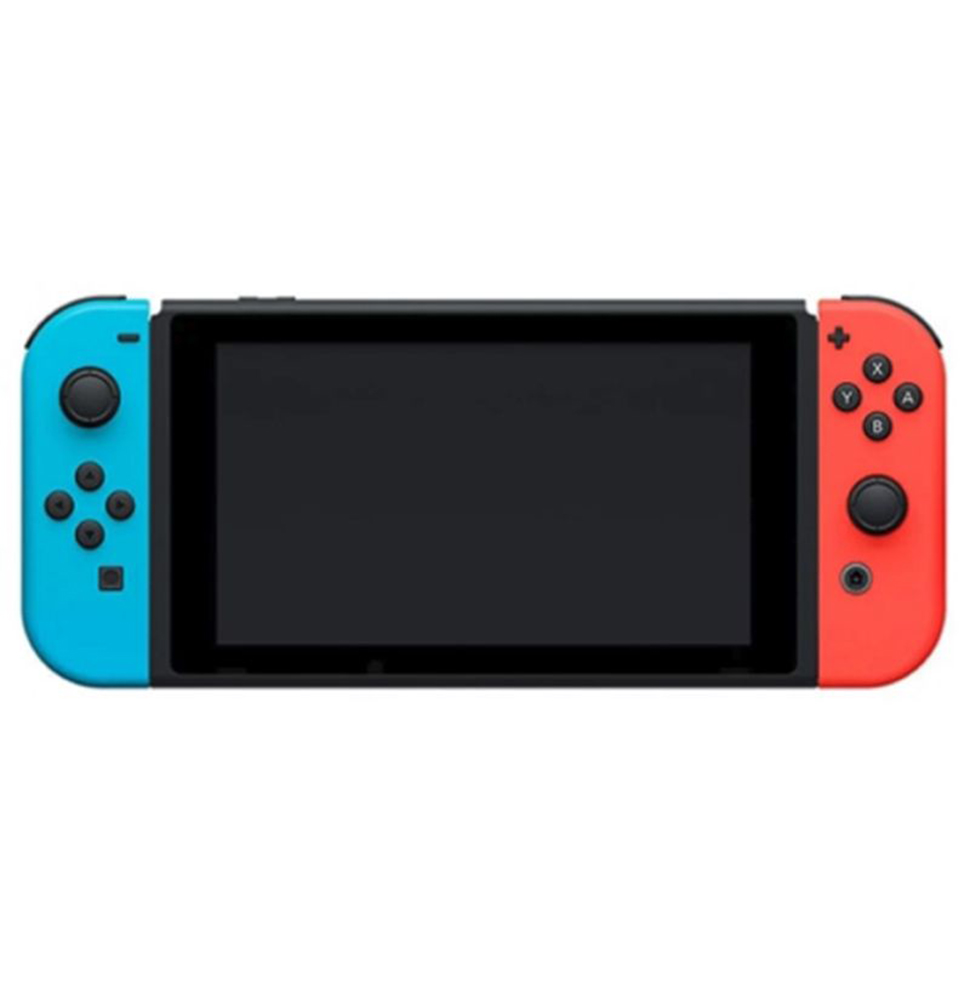 After years of irrelevance with the poorly selling Wii U, Nintendo seemed like it was going the way of Sega: no longer producing consoles and just distributing its games to the superior systems of the day. But then Nintendo shocked everyone with the release of the Nintendo Switch. Upon its first reveal in October 2016, not everyone seemed sold on the idea of a console that could somehow double as its own portable handheld. But with huge titles like The Legend of Zelda: Breath of the Wild, Super Mario Odyssey, and Mario Kart 8 Deluxe, for fans of gaming it seemed impossible not to opt into Nintendo’s weird new idea. And opt into it gamers did. The Switch continues to sell like hot cakes, and with Microsoft and Sony's recent attempts to deliver their console experiences on portable screens, the enduring influence of the Switch can be plainly seen already. —D.N. 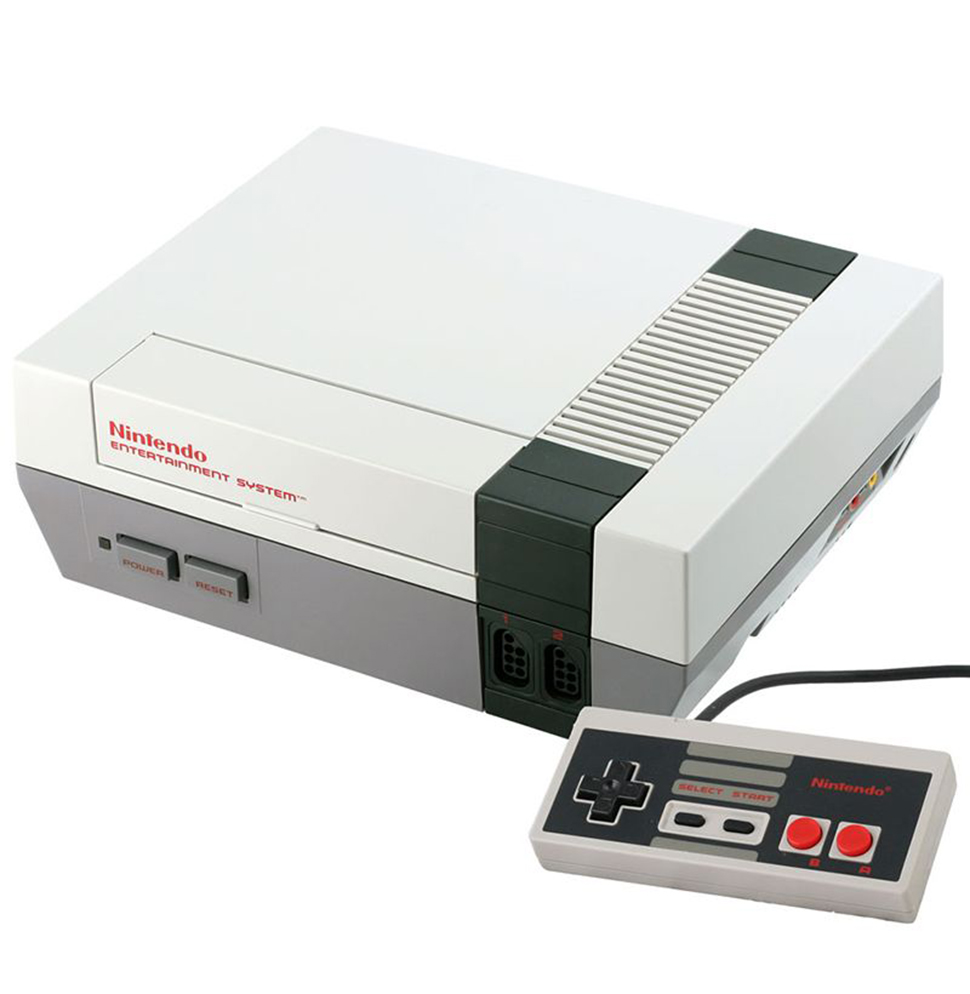 The NES console completely reinvigorated at-home gaming after the Atari nearly collapsed the market. This was a jumping-off point for many of gaming’s most successful franchises, with some of the biggest faces in video games—like Zelda, Kirby, and of course, Mario—getting their humble start on this grey brick. There’s a reason these games keep getting re-released: Many of them are still extremely fun and addictive. The NES console itself had a huge library and little competition (until Sega jumped in), along with some cutting-edge tech, like the in-home light gun for Duck Hunt. Almost everything about this 35-year-old console still holds up today. —C.S. 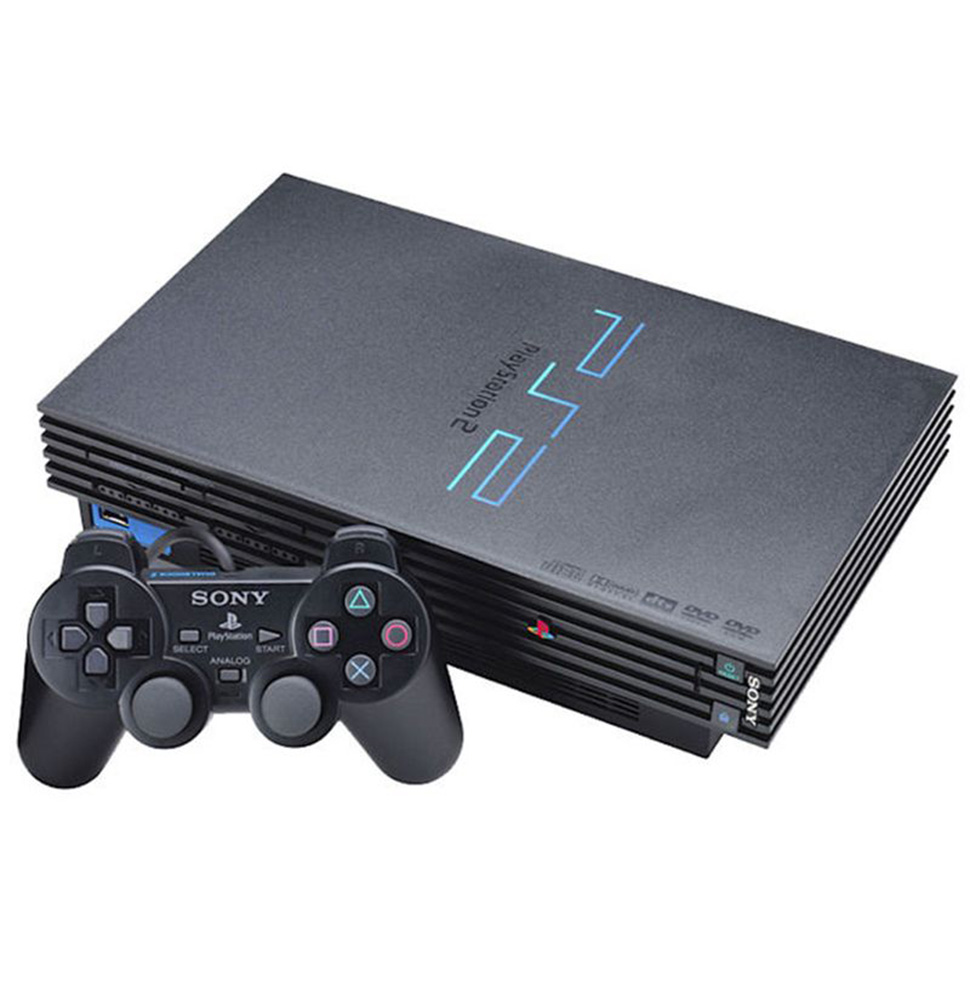 This console had games. So many games. Every type of game. Any game you wanted. Great shooters, fantastic licensed games, the only really good Bond games outside of GoldenEye, amazing RPGs, racers, open worlds, GTA’s, Kingdom Hearts, TimeSplitters...all of it. Everything in gaming at the time was here, save for Halo and a few other Xbox exclusives. The graphics felt amazing, and the new DualShocks and quality-of-life improvements from the PS1 made it remarkable. The PS2 system was also notoriously easy to develop for, allowing for a mound of titles yet unseen on a console up to this point. Many of my favorite games today lived on this console, as they did for many others, easily earning it a top slot on this list. —C.S. 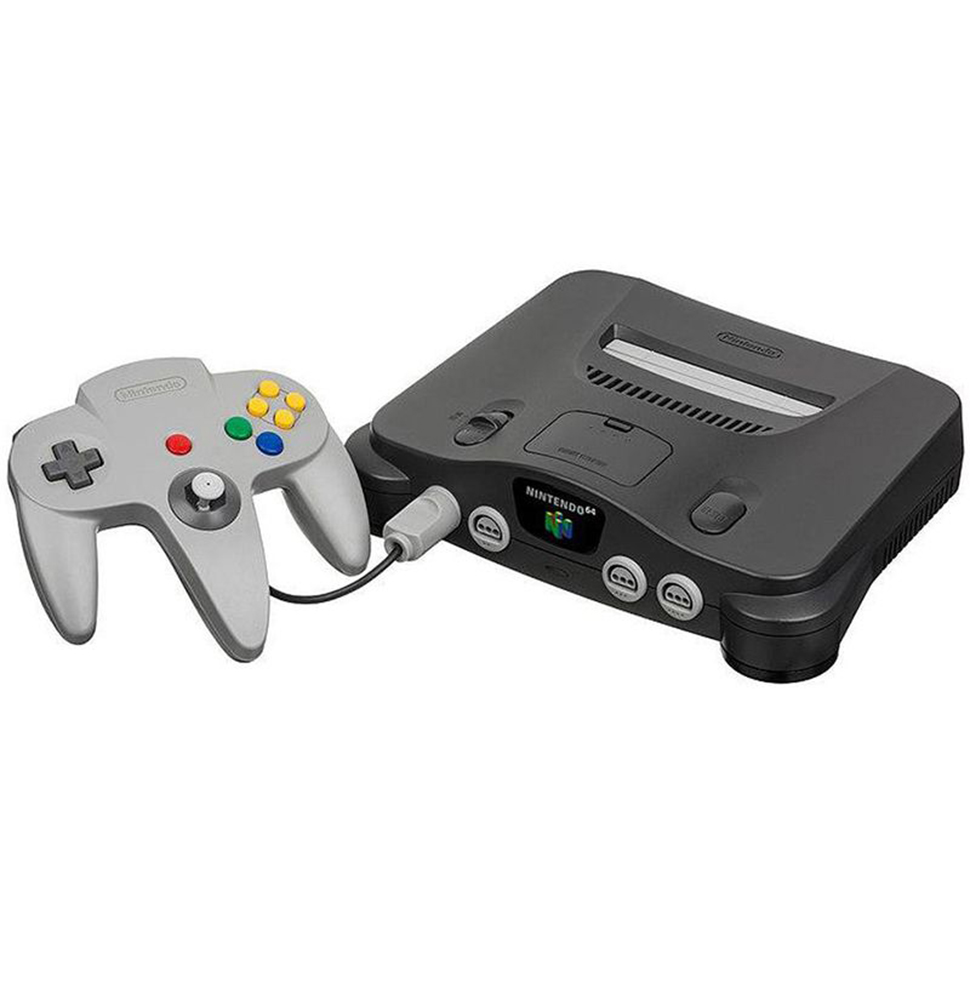 For folks who were lucky enough to grow up in the ‘80s and ‘90s, the Nintendo 64 defined our childhoods. Though Sony’s PS1 helped bring gaming into 3D, it was the N64 that really showed the breadth of experience that 3D games could deliver to players. Mario 64 made 3D platforming an artform unto itself. And The Legend of Zelda: Ocarina of Time was arguably gaming’s first masterpiece. Though the N64’s controller was clunky, the cartridges were awkward, and the console could sometimes barely run its more demanding titles, the imaginative and forward-thinking N64 still remains a pinnacle for the industry. And no, you can’t beat me in GoldenEye. —D.N. 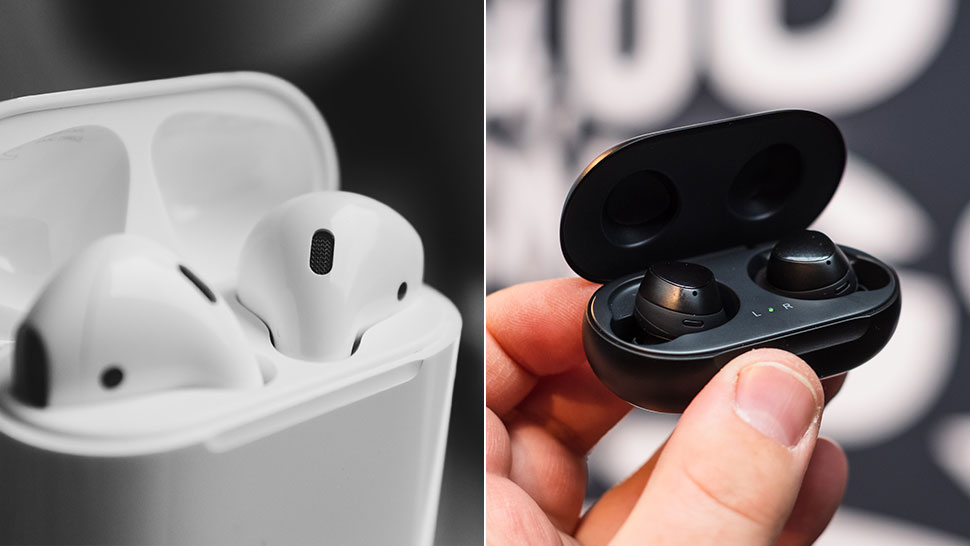 9 Impressive Wireless Earbuds That Are Not AirPods 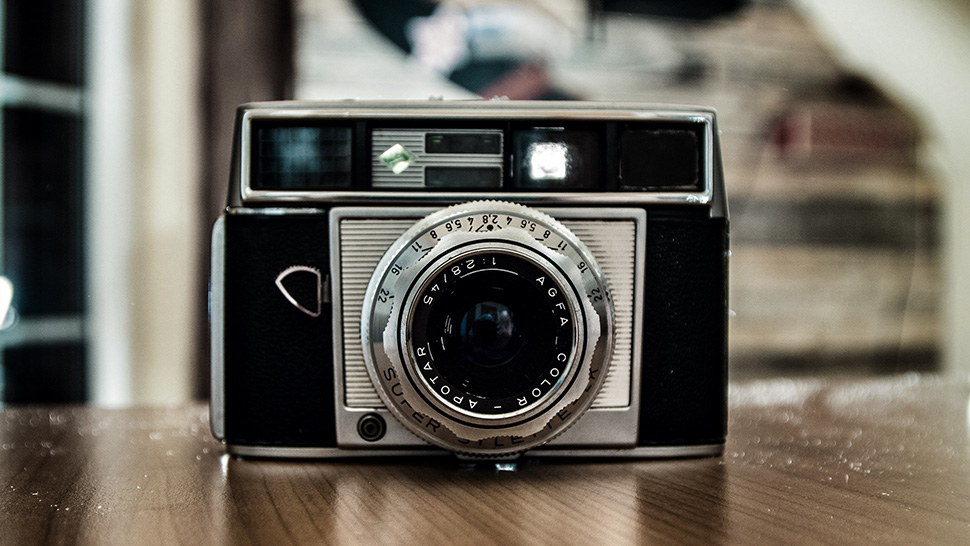