Flagship Phone Face-off: The OnePlus 5 Versus The HTC U11

We pit two promising (and nearly identical!) Android phones against each other. 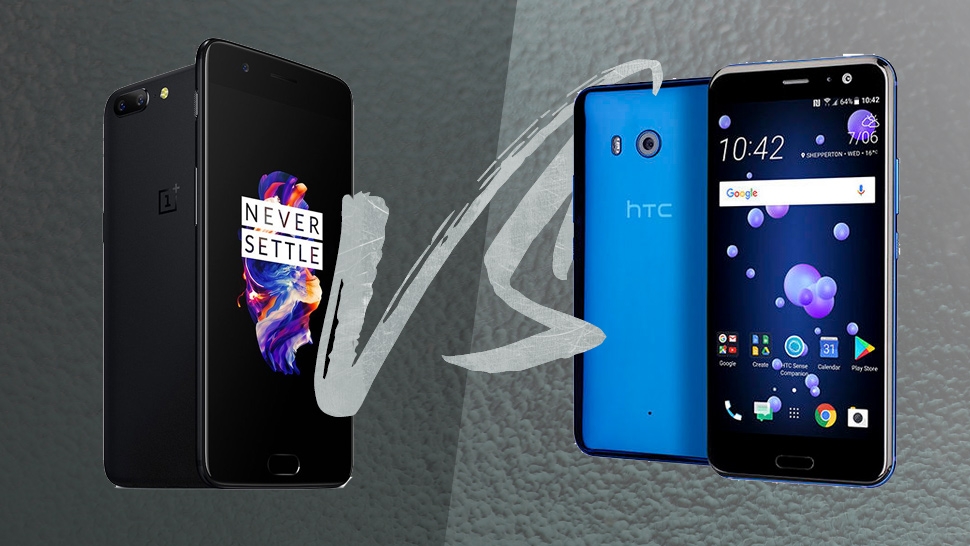 Officially released in the Philippines just a week apart, the OnePlus 5 and the HTC U11 are perfect contenders for a flagship face-off. Despite the crowded Android smartphone market, these two premium phones are ready to duke it out with impressive hardware specs. The two are almost similar under the hood, and they’re both packed with enough tech and design flair to make them both stand out. We took a look at them side by side, and here’s what we’ve found.

The OnePlus 5 comes in a compact, minimalist retail box with a velvet texture. There are no headphones included, but the phone comes with a screen protector pre-installed.

There’s a proper feeling of heft to the phone, and the matte texture of the metal chassis resists fingerprints and ensures a good grip despite the wafer-thin edges. A casual observer may notice a passing resemblance to the iPhone 7 Plus, especially from the back where the placement of the dual camera and the flash are identical in both phones. From the front, there’s almost no bezel and no hint of branding. In terms of physical button placement, it’s similar to Samsung’s layout with the power button on the right side and volume controls on the left. The most useful addition, however, is a three-position switch that activates the phone’s alert modes. It’s a useful feature that other Android phones should incorporate.

On the other hand, from the moment you open the low-profile clamshell box of the HTC U11, you know right away that you are seeing something special. Instead of an all-metal build, the U11 is largely made of ultra-shiny glass. The shimmering glass casing comes in several colors, including metallic red and blue. The mirror-like exterior covers the entire back of the phone and if you’ve seen those fancy cars with foil film wrap, it’s pretty close. It’s quite dazzling, but it’s also a fingerprint magnet. HTC has thoughtfully included a clear case for added protection in the box. Besides a cleaning cloth, USB-C cable, and quick charger, the U11 also comes with headset with built-in active noise cancellation. The screen sticker on the phone is also informs the user of the Edge Sense squeezable sides feature.

The right amount of curves makes the OnePlus 5 easy to use and hold, despite it falling into the phablet category with its 5.5-inch screen. The full-HD AMOLED screen is bright enough for outdoor use and the punchy color display does not disappoint. The fingerprint scanner is one of the fastest out there and it quickly unlocks the phone without any perceptible lag. Those coming from different Android phone models will be pleased to find that the Recent and Back buttons can be swapped. The phone’s killer specs, which include Snapdragon’s latest mobile chip and gobs of RAM, translates into a blazing handheld. Demanding 3D games takes seconds to load and frame rates are butter-smooth. Regular apps also launch without hesitation. The OnePlus 5 has power to run with the best smartphones out there. The OnePlus 5’s battery life is good but not the best. Thankfully, Dash Charge quickly charges the phone from empty to full in about an hour. Perhaps the only thing that the phone lacks is water resistance.

There is no arguing that the HTC U11 wins a lot of style points for the gleaming exterior. There is something beyond the phone’s flashy looks and it’s the way it can handle any apps you throw its way. Power users won’t be disappointed by the phone’s snappy performance. In day-to-day use, the phone sizzles. The phone’s 5.5-inch QHD screen is comparable to most flagship phones but we can’t help but notice it’s slightly below the competition in terms of brightness. It’s also not as fancy as the edge-to-edge layout of other flagships. The squeezable edge, called Edge Sense by HTC, can be configured to launch context-specific actions with a short and long squeeze such as activating the shutter in camera mode or turning on the flashlight. As expected from a flagship, the U11 is dustproof and water-resistant.

On the software front, OnePlus 5, OxygenOS user interface avoids the usual bloatware and adds extra features such as on-screen gesture controls to launch specific apps. Other enhancements such as Reading Mode, Auto Night Mode, Gaming Mode, and the Shelf improve the overall user experience. The phone’s dual-camera setup works really well and autofocus is fast and accurate. Photos are well exposed and the dual lens setup really helps create impressive portraits with pronounced background blur. Rounding out the phone’s imaging capabilities is the ability to record 4K video and a front-facing 16-megapixel camera.

HTC U11’s audio capabilities are really impressive. The built-in speaker is quite loud and delivers impressive sound. The bundled USB-C noise-cancelling phones work well in situations such as a noisy commute. The phone’s camera can take really great photos under demanding lighting conditions. The optically-stabilized lens ensure blur-free shots even during indoor scenes. Because of four microphones in the unit, the phone can record 3D positional audio along with 4K video.

Both phones have proven that both China and Taiwan-based Android phone manufacturers are ready to challenge the dominance of phones from South Korea once again. The OnePlus 5 and HTC U11 are two great flagship phones for the price, introducing notable improvements in smartphone design. They’re a great addition to the top Android handsets of 2017. 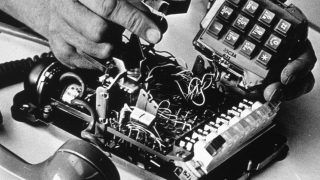 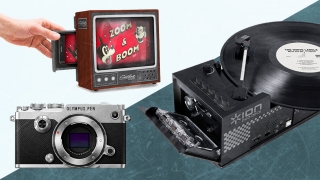