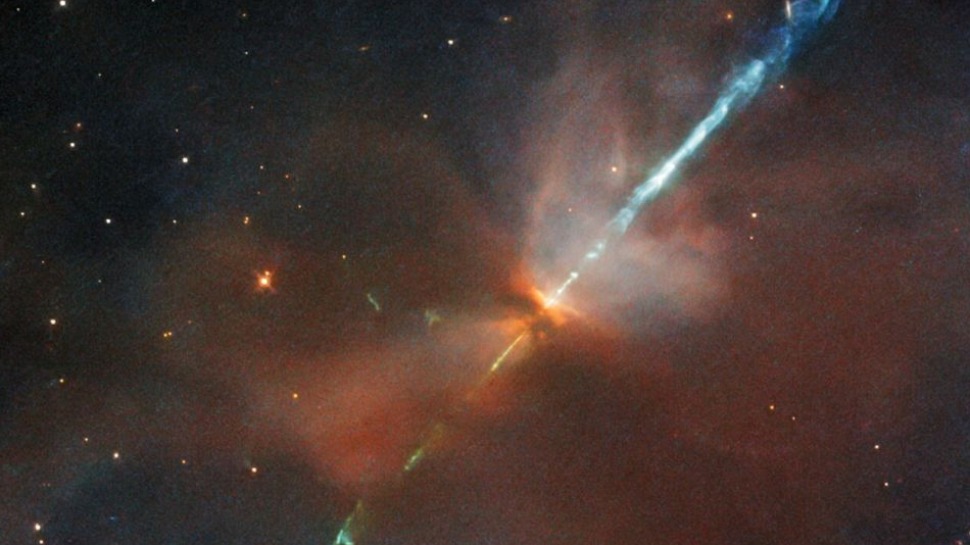 Is this Loki jumping through the multiverse? Could it be an attack on a Star Destroyer? Or is this actually the universe in action?

It seems the latter is the correct answer. This isn’t a scene from the MCU or Star Wars. It’s not even a cool album cover. This was a real event that happened somewhere in the vast expanse of space that the Hubble Telescope was able to capture in a mesmerizing photo.

The image above is of a Herbig-Haro object, a celestial phenomenon that is rarely, if ever, captured on camera. This particular Herbig-Haro object has been named HH111 and it was shot with Hubble’s Wide Field Camera 3 (WFC3).

For the regular stargazer and astronomy enthusiast, it looks like a giant light beam and the stuff of every sci-fi movie lover’s fantasies. To the more poetic, it resembles a flaming space sword piercing what appears to be a giant cloud of red dust.

According to the European Space Agency, this is what’s actually happening:

“Newly formed stars are often very active, and in some cases they expel very narrow jets of rapidly moving ionized gas—gas that is so hot that its molecules and atoms have lost their electrons, making the gas highly charged. The streams of ionized gas then collide with the clouds of gas and dust surrounding newly-formed stars at speeds of hundreds of kilometres per second. It is these energetic collisions that create Herbig–Haro objects such as HH111.?”

In other words, what you see is actually twin jets of ionized gas from opposite poles of a newborn star colliding with a cloud of red dust and gas. Hubble managed to actually capture the birth of a star, which is no easy feat.

According to ESA, Herbig-Haro objects are difficult to even see let alone capture as the surrounding dust and gas absorb most of the visible light. Luckily for astronomers, Hubble’s WFC3 is able to take images at optical and infrared wavelengths, making it possible for the telescope to capture such a rare occurrence on camera.

At 30 years old and counting, Hubble continues to gift us Earth dwellers with stunning images of the world beyond, but the old-timer may only last until 2030 or 2040. However, Hubble’s successor, the James Webb Space Telescope, is ready to launch and may be in space by the end of this year. 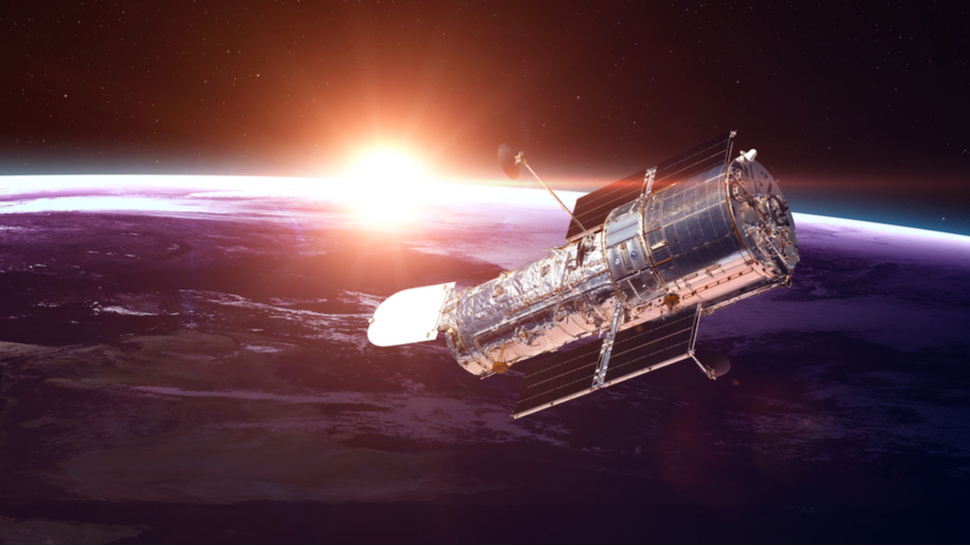 Is the Hubble Dead?
More from EsquireMag.ph

WATCH: NASA Is Sending a Time Capsule Into Space With an Inspiring Message to Future Humans
CONTINUE READING BELOW
Recommended Videos 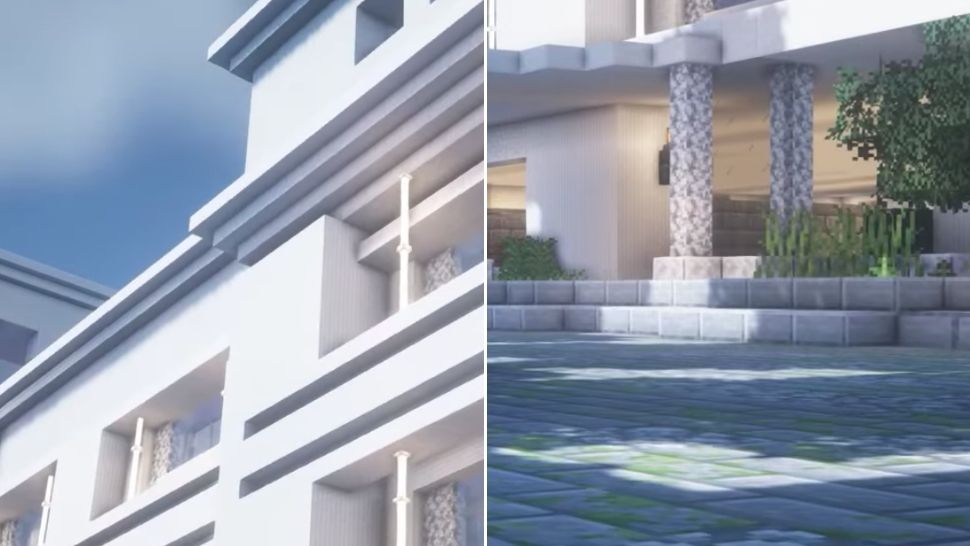