It will still be able to recognize your face in the dark.

Apple is going to reveal it's newest, highly secretive iPhone in September—we think. It will call its new phone the iPhone 8—probably. And this so-called iPhone 8 will very likely make a huge design change from previous iPhones. The signs all point in this direction, if you can translate the latest leaks from tech guru speak.

A standard September release date for the new iPhone (as well as the iPhone 7S and 7S plus) is all but guaranteed, especially considering Apple's forward guidance for its fourth quarter, which closes at the end of September. As BGR reports, it predicted a big spike for the next quarter, which likely means it's also predicting a big sales jump before October. A new iPhone 8 would definitely do the trick.

There's also Tim Cook's less-than-helpful hint: "We've put everything we know into coming up with the guidance," he told Bloomberg. "We really like what we see for the beginning of the back-to-school season."

There are more leaks about the iPhone 8's design, too. When Apple released firmware for its new HomePod smart speaker last week, developer Steve Troughton-Smith found evidence that Apple will use infra-red technology to make facial recognition an unlocking mechanism. Infra-red works well in low-light situations and at different angles, TechCrunch reports, so you can still unlock your iPhone in the dark and if it isn't directly in front of your face. This could replace or complement Touch ID.

So yeah, not that juicy, but it's something. The cutout at the top would likely contain a camera and sensors. This leak is also on par with mock-ups produced from outside sources, where the home button is nixed and the front is all glass for a sleeker look. ("Bezel-less" means no material around the glass screen to hold it in place.)

These leaks, hidden in the HomePod firmware, were probably unintentional. As Troughton-Smith tweeted, "A lot of people at Apple are going to have a nasty Monday…" Fun for us, though. 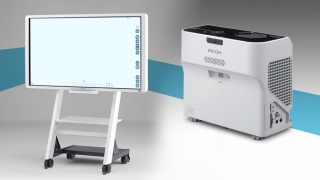 How to Bring Your Workplace Into the Future 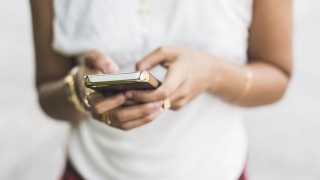