Even in countries where the virus hits the hardest, interests for iPhone SE 2020 are still rising and even overtaking interests in crucial Covid-19 information. 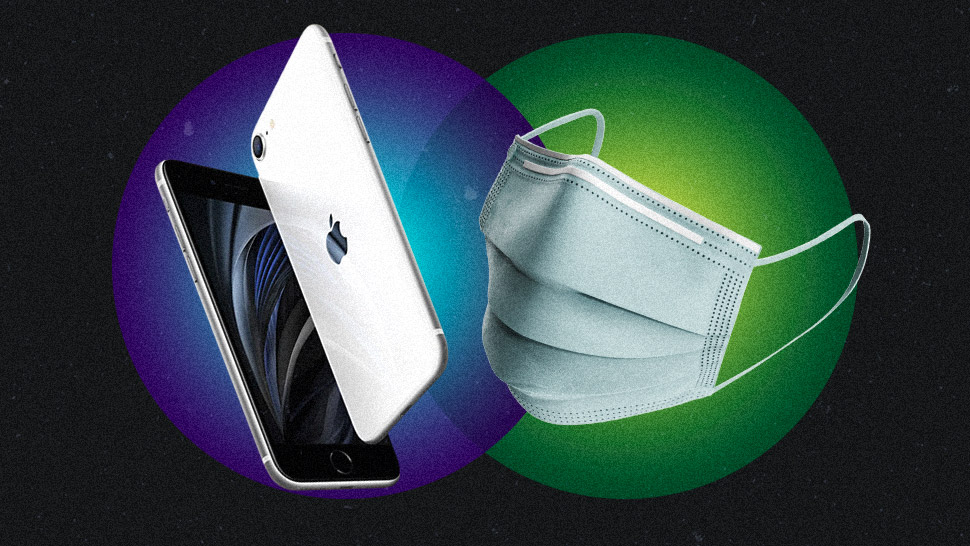 Today, Apple has considerably more competition and so sales for its signature mobile device have not quite reached the heights that it used to. Still, these numbers give us an idea of the immense popularity of the iPhone.

This popularity is backed by a recent study of the iPrice Group.

The ecommerce aggregator analyzed search data on Google in 17 different countries and regions, including 7 countries with the most cases of Covid-19 plus several potential big markets for the iPhone SE such as the Philippines, Thailand, Vietnam, Brazil, and India.

The study revealed a clear trend: for all countries surveyed, worries and curiosity about coronavirus started to drop significantly by April, around the same time rumors about Apple’s new smartphone began to surface. 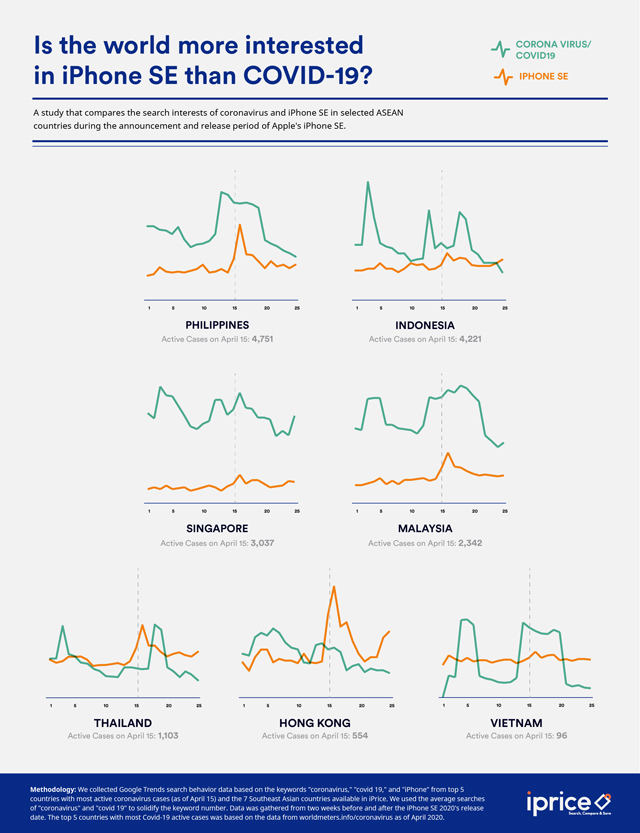 In late April, when the phone started shipping to consumers, searches worldwide for keywords such as “coronavirus,” “COVID,” and “COVID-19,” started to go down by as much as 46 prcent compared to its peak.

In the Philippines, specifically, searches for coronavirus keywords decreased by 59 percent, while searches for the iPhone SE surged up to 178 percent within two days of Apple’s announcement. The iPrice Group says this is a clear indication that the unusually affordable iPhone has a potential market in the country.

The same trend could also be observed even in countries with the highest numbers of active cases. In the US, Italy, and the UK, the proportions of searches for coronavirus keywords have decreased by 76 percent, 43 percent, and 47 percent respectively, and are still dropping. 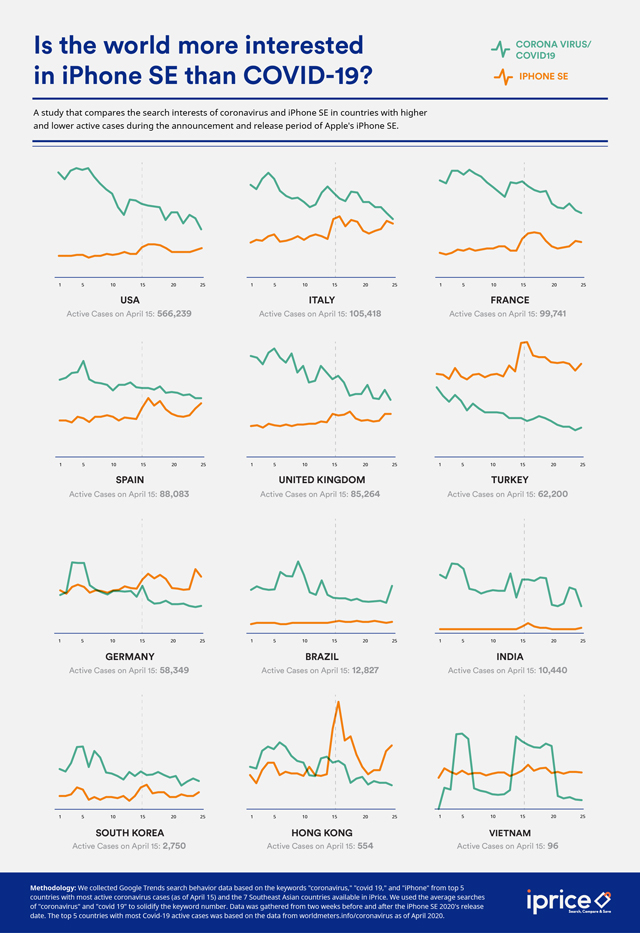 Of course, it’s entirely possible that, after over two months of living in fear and isolation, consumers have decided to move on and look for things to distract themselves. Consumer electronics has turned out to be a popular choice. Just consider the explosive sales of the Nintendo Switch.

Within 30 days of April, the proportion of searches for iPhone keywords worldwide went up by 17 percent.

The trend is most obvious in developing countries, including the Philippines, which are presumably the most excited about the iPhone SE’s relatively lower price range.

And as if that’s not enough, by May, more people are now officially searching for Apple’s latest offer than information on coronavirus in Vietnam, Thailand, Indonesia, Turkey, and Hong Kong.

It’s perhaps more evidence that people are generally over the virus and are more than ready to find a semblance of normalcy in their everyday lives. 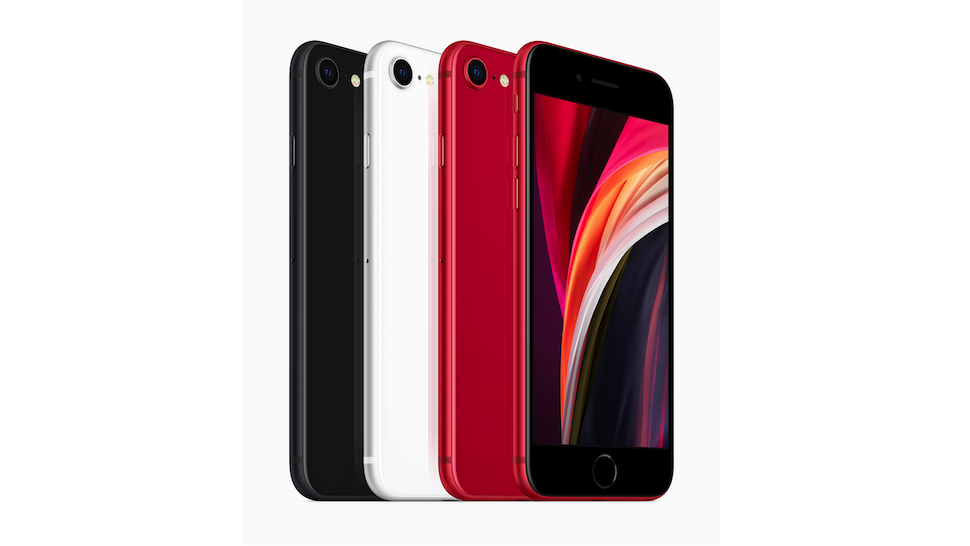 Huge Price Drop on iPhones Up to P28,000 Off at Power Mac Center
All Photos
Comments
View As List