LinkedIn Reveals What Job Skills You Need to Survive in 2018

We’ve all seen those sci-fi movies where robots take over practically every job known to man. And according to LinkedIn, that future isn’t as far-off as we think. “It has been estimated that by 2020, robotic automation and artificial intelligence will be responsible for a net loss of more than 5 million jobs across 15 developed nations,” the company states in a report called The Digital Workforce of the Future.

The Digital Revolution is rapidly changing the nature of our jobs and the skills we need to remain valuable assets to our employers. It’s no longer just IT professionals who need to have digital skills. Executives in traditional industries are keen on harnessing technology to stay ahead of their competitors—so much so that in the Asia Pacific, 80% saw an increase in the proportion of digital skilled hires made.

So what competencies should we develop to make sure our jobs aren’t taken away by robots? The most in-demand skills across the region are Artificial Intelligence, Big Data, and Cloud Computing, also known as ABC talent. The supply of professionals who possess these skills isn’t enough to meet growing demand, meaning that if you’re someone with ABC talent you’ll be an ideal hire not just in Asia, but in countries like the United States, Canada, United Kingdom, Germany, and UAE as well.

And as we’ve mentioned, IT won’t be the only industry open to you—in the Asia Pacific, the sectors that are hiring the biggest proportion of ABC talents are hardware and networking, media and communications, entertainment, and corporate services. 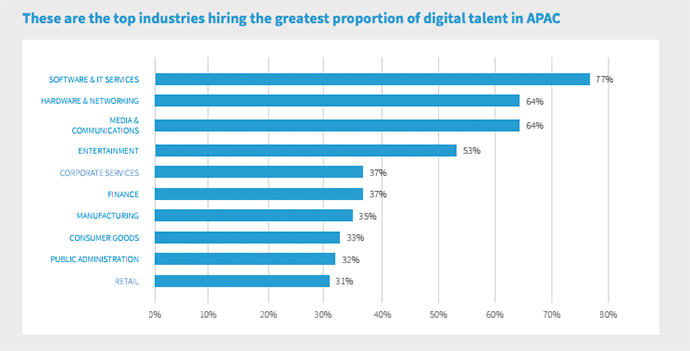 The agriculture, transportation and logistics, and legal sectors have also seen the most rapid growth in percentage of digital hires. In the Philippines, big data is the most desirable digital skill, followed by cloud computing, mobile development, and artificial intelligence. 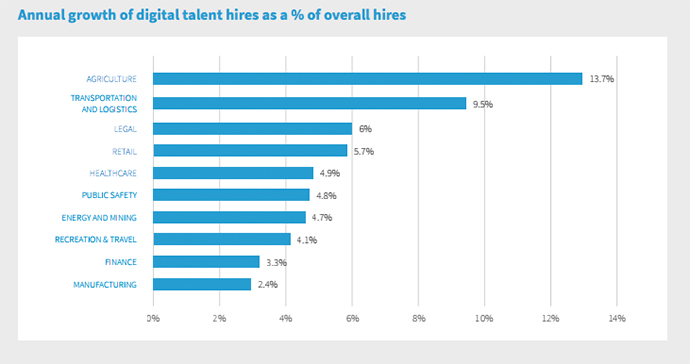 But staying ahead of the pack isn’t just about the so-called hard skills, such as being well-versed in digital technology. Employers also value soft skills—in other words, it’s also important to hone human skills that AIs don’t have, such as critical thinking. Unfortunately, Filipino small-medium businesses (SMBs) consider critical thinking to be the most difficult skill to find in new talents, according to another local LinkedIn survey.

On the bright side, it turns out that Filipinos value continuous learning: 87% hope to develop the skills they need on the job, while 20% believe they can obtain them through training classes paid for by the company, and 20% are willing to fork out for training themselves.

If you’re looking to become better at your current job or expand your professional horizons, add programming and coding courses, along with reading books about critical thinking to your list of New Year’s resolutions.

13 Of The Weirdest Time-Wasters On The Internet 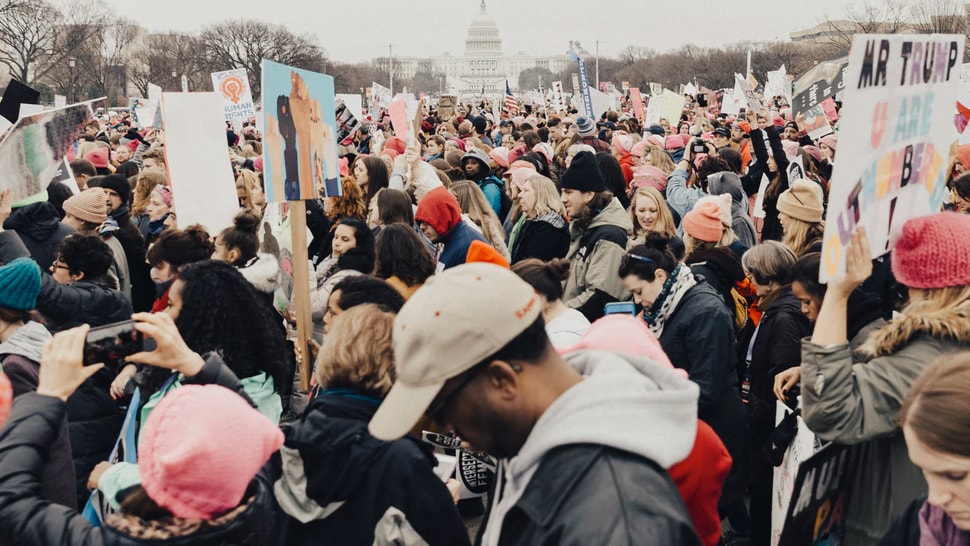