An iPrice Group study breaks down the most searched-for mobile phone brands in the country. 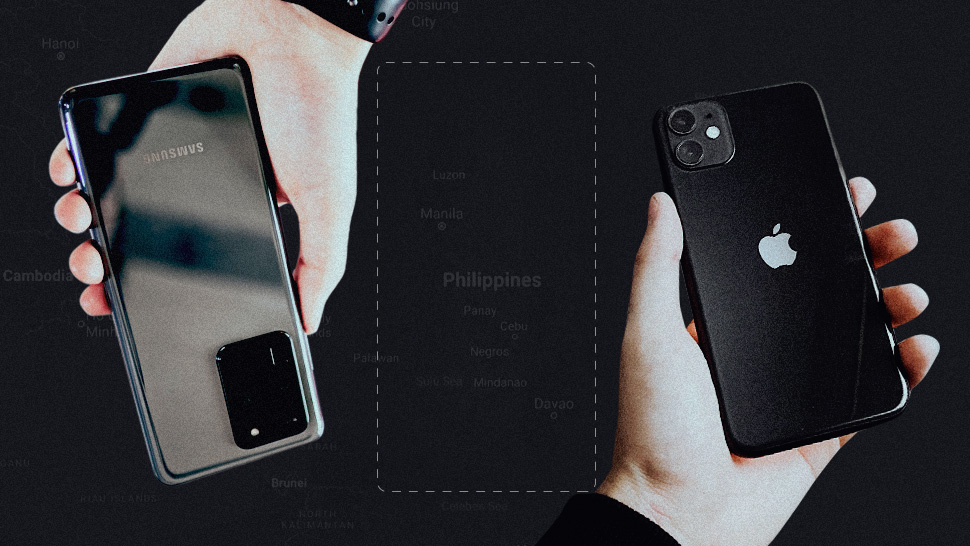 What’s the most popular smartphone brand in the Philippines? Most people would probably answer Samsung and Apple only because their ads are just so ubiquitous and they’ve had such a chokehold on the market for years.

But as the results of an independent study will tell us, the real answer may come as a surprise.

Meta search website iPrice analyzed the most popular smartphone brands in the Philippines based on searches on its platform and compared it with the results in Singapore. The logic to this, according to iPrice, is to find out whether spending power has something to do with what smartphones people are searching for, considering how Singapore has a much higher household income compared to the Philippines.

The iPrice Group picked the brands based on a report by Counterpoint Research on the global market share in 2019 and added Cherry Mobile and MyPhone for the Philippines. The study also recorded each brand’s highest and lowest priced smartphones from their official websites/marketplace.

Here are five key insights from the study:

1. Mid-tier smartphone brand Oppo is the most popular brand in the Philippines

Oppo is the most searched for smartphone in iPrice’s Philippine platform despite the fact that it is not the cheapest brand. Its newest flagship model, the Find X2 Pro, is worth as much as P65,990, which, iPrice notes, is only P4,000 less than Samsung’s flagship Galaxy S20 Ultra.

Meanwhile, Oppo’s entry-level model, the A5s, is priced at P6,990. Certainly affordable but still not the cheapest smartphone available in the market.

2. The most popular brands in Singapore are also some of the most expensive

3. Huawei’s wide price range makes it popular in both Singapore and the Philippines

Priced at P139,999, Huawei’s Mate X is one of the most expensive smartphones currently available in the market. However, Huawei also offers the Y5 Lite, which, at P3,990 is also one of the cheapest smartphones you can get. (Only Xiaomi’s Redmi Go is cheaper at P2,990). According to iPrice, Huawei’s wide range of expensive and affordable phones, makes it one of the most popular brands in both the Philippines and Singapore.

4. Big Brands Samsung and iPhone aren’t as widely searched for in the Philippines

There was a time when the competition for smartphones was practically a two-way fight between Samsung and Apple. Those days are long gone. Today, although the two brands are still popular in the Philippines, they have since been replaced by mid-tier brands like Oppo and Vivo as the most searched-for smartphones in the country. Again, iPrice surmises that it’s likely because not all Filipinos are able to afford the flagship models of these brands, so they look for more affordable models.

Interestingly, more people are searching for Chinese brand Xiaomi on the iPrice platform than Vivo and Oppo in Singapore. Although the company’s international headquarters is in Singapore, iPrice says awareness there could be attributed to more than just that fact.

Manwhile, in the Philippines, Xiaomi has gained some ground against local brands like Cherry Mobile and MyPhone, which once dominated the market for cheaper smartphones.

In the IPrice group study, the definition of “popularity” was based on impressions from 2019 to 2020, which were obtained by aggregating smartphone phone products from product pages of more than 100 online merchants through https://iprice.ph on Google Analytics. The prices of each phone brand were recorded from each brand’s official websites/marketplace. The highest and lowest phone price listed on each brand’s website were recorded.