So Where Did That 'Philippines, Province of China' Geotag Come From?

Plus, how was it created? 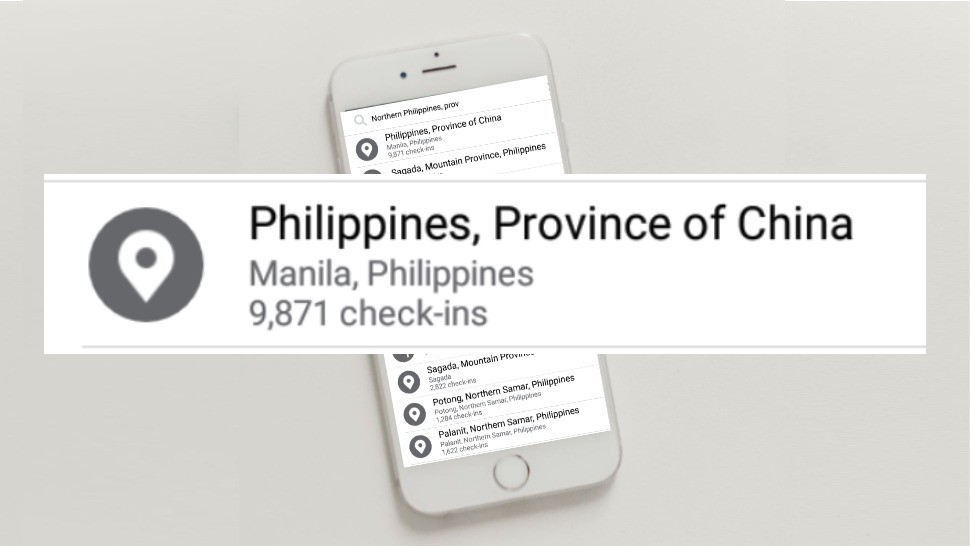 Over the weekend, Filipinos were angered to discover a geotag on Facebook and Instagram labeled “Philippines, Province of China.” Right now, the location tag is still present on the two platforms, with 15,726 check-ins.

On May 18, presidential spokesperson Harry Roque dismissed the geotag on Facebook and Instagram as fake news. “I also call the attention of Vera Files and Rappler. They are the fact verifiers on Facebook. Why did they let this slip them? They should flag all fake news because this is clearly fake news and is not worthy of comment,” Roque said in an interview with Inquirer.

What is a geotag?

A geotag or geographical tag is information about the location where any form of data, such as social media check-ins, photos, and status updates, is created.  Geotagging involves tagging a location to social media posts, like where you are eating or where you are going.

Geotagging lets your friends know where you are and what you're doing there, giving them a glimpse of your life, while you add a digital footprint about your habits.

How was the ‘Philippines, Province of China’ geotag created?

You can create your own geotags on Facebook. The following are steps on how to do it.

2. Type any letter on the “Search for places” field. Scroll to the bottom and click on “Add a new place.”

3. You can set the location of the place anywhere using your phone’s GPS or by selecting a pinpointed location on the map.

4. Another way to create a geotag on Facebook is by creating a page for a business or organization. You can name it anything (e.g., Philippines Province of China), and set the address details. It will be added in Facebook’s database.

Once published, your geotag will be accessible by anyone, and will also be visible on Instagram, which is owned by Facebook.You cannot to erase your geotag once you publish it.

Facebook has its own Maps API called Mapbox. Facebook relies on third-party developers such as Mapbox for location tagging. Hence, all available locations on Mapbox can be geotagged on Facebook. Users on Mapbox can design a map and add geotags such as the “Philippines, Province of China.”

Upon investigating, we also discovered that someone added the “Philippines, Province of China” location on Google Maps over the location of Malacañang Palace and labeled it as a grocery store.

This geotag has since been deleted by Google, which updated its system to make it harder for people to create fake tags. The update was launched on May 21. You can help Google erase fake geotags and other forms of false information by using their Flag Content Feature. 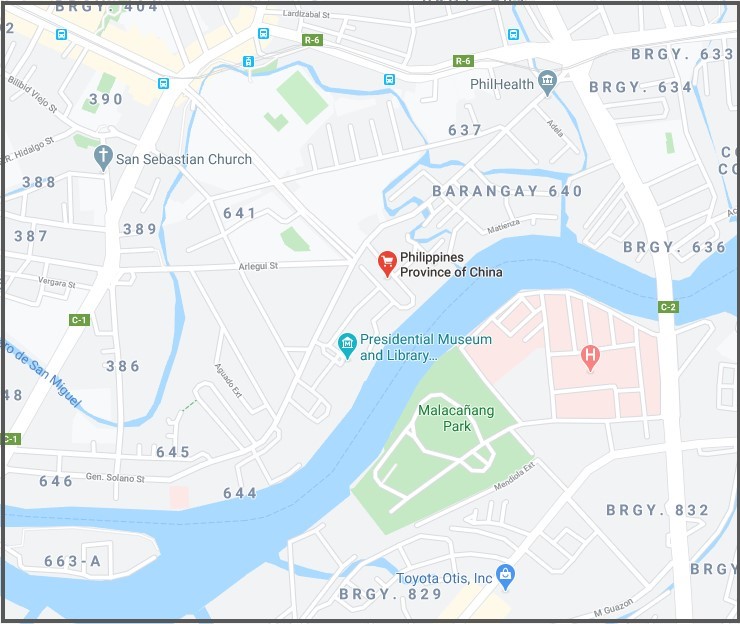 It is likely that the geotag was created as a form of protest against the government’s pro-China policy.

Prior to the Google Maps update that purged false geotags such as the “Philippines, Province of China,” and made it difficult for fake tags to be added, it was fairly easy to create location labels on Google Maps. Simply click on a location on the map and add a label. You will be asked to add a category for your location and input address details. Depending on whether you set the location as publicly viewable, people will be able to see it and use it as a geotag on Facebook once Google’s algorithm determines it as not a residence or private location.

Adding locations on Google Maps makes it easier for businesses to be visible online, especially when people search for stores and businesses on the map.

In 2018, banners with the words “Welcome to the Philippines, Province of China” were hung on foot bridges around Metro Manila. It was deliberately done on July 18, the second anniversary of the Philippines’ international arbitration case victory against China regarding disputes in the West Philippine Sea.

The geotag and the banners are simple but send a very powerful message to Filipinos and their government. It is a masterstroke that uses the words of President Duterte himself: “Why not make Philippines a province of China?”

Duterte’s supporters argue the comment was made as a joke. But now the joke is haunting us. As long as the government continues to appease and make excuses for China’s unfavorable policies toward Filipinos, we will always remain the Philippines, Province of China.

The Moon May Have Cradled Life Four Billion Years Ago, Research Shows 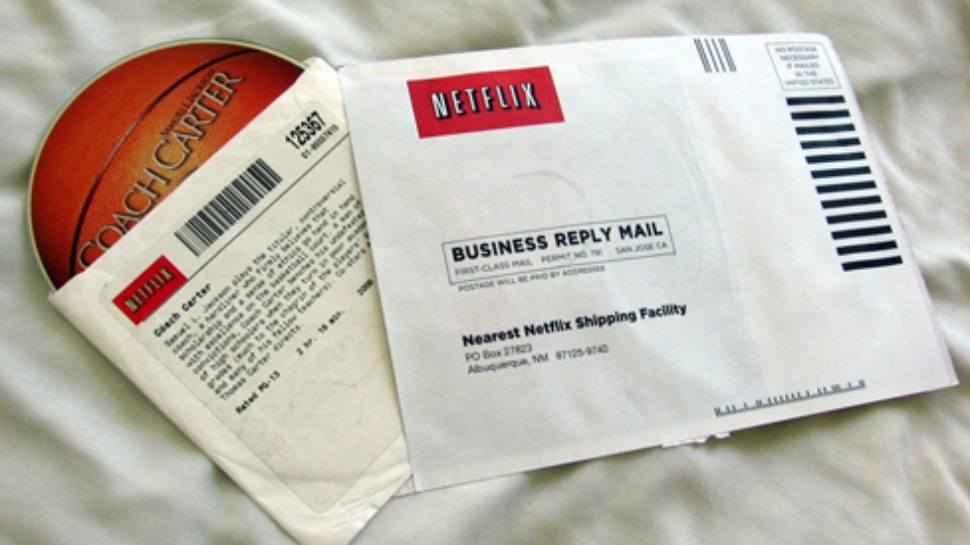