Long gone is the Game Boy, but these handhelds still rule.

Long live the Game Boy. The portable Nintendo device—and all of the handheld gaming platforms of its ilk—is a thing of the past. But before the Switch, before PlayStation got out of the portable game, before Sega stopped making hardware, when words like “Neo Geo” and “Lynx” still meant anything, there was a thriving ecosystem for handheld gaming. Anyone who had a home console also owned a Nintendo DS or a PSP for long bus rides, family vacations, or their older siblings’ piano recitals. Hell, I even owned a Sega NOMAD at one point. That thing was amazing.

Today, there’s really only one handheld that has any relevance anymore: The Nintendo Switch. Or, two handhelds, if you count its little brother, the Switch Lite. In 2020, the once-booming portable market has been replaced by a much more complicated, but nonetheless colorful, industry that’s focused much more on games than on hardware. Mobile games (you know, apps) are where it’s at. The smartphone has completely changed the way developers approach non-console games. Some of the most promising studios have found their voices on platforms like Apple Arcade, the App Store, and the Google Play Store.

Instead of Game Gears, kids play on their parents’ iPads. Millennials reprogrammed TI-83 calculators to play Tetris; Gen X flosses on Fortnite straight from their mobile phones. Handheld gaming is totally different today. With services like Google Stadia, Xbox Remote Play, and PS4 Remote Play—most of which can be enjoyed across all mobile devices—there are so many new ways to play video games on the go. So here’s a roundup of the best handhelds you can get right now, in 2020. 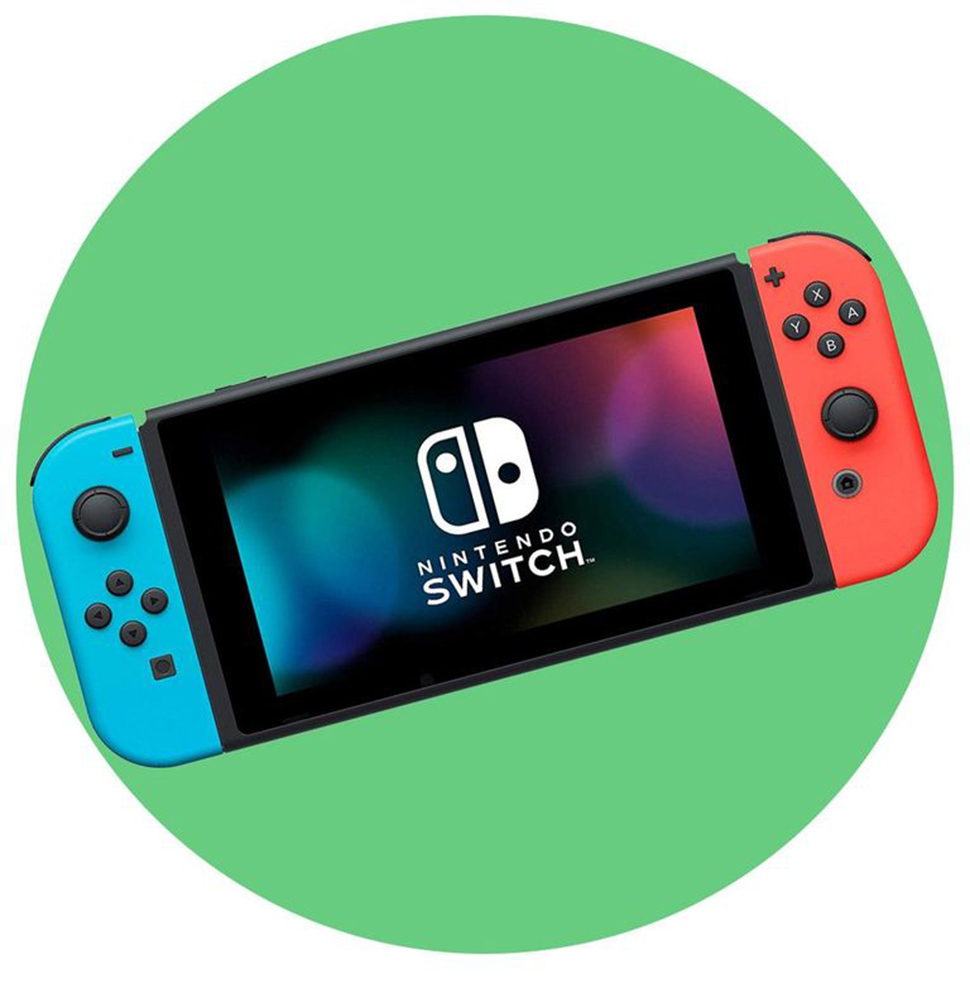 I’ll be honest, I didn’t think the Nintendo Switch would work. When I first saw an announcement for the console back in late 2016, I wondered if the Switch would spell certain doom for Nintendo. The company had failed to establish its relevance with the Wii U and relied too heavily on clunky motion controllers and gimmicks. It had become, well, just kinda sad. I was wrong. The Switch, man. The Switch! Nintendo nailed it with a console for the first time since the Wii. It worked as a home console—and it worked as a handheld, too. Aside from the fantastic support from first party development, third party studios, and indie devs, the Switch wins because you can really play it anywhere. On your TV, on your lap, in your bed—anywhere. And it looks to be another huge year for the console with games like Animal Crossing: New Horizons, No More Heroes III, and potentially even a sequel to Breath of the Wild set to drop in 2020. 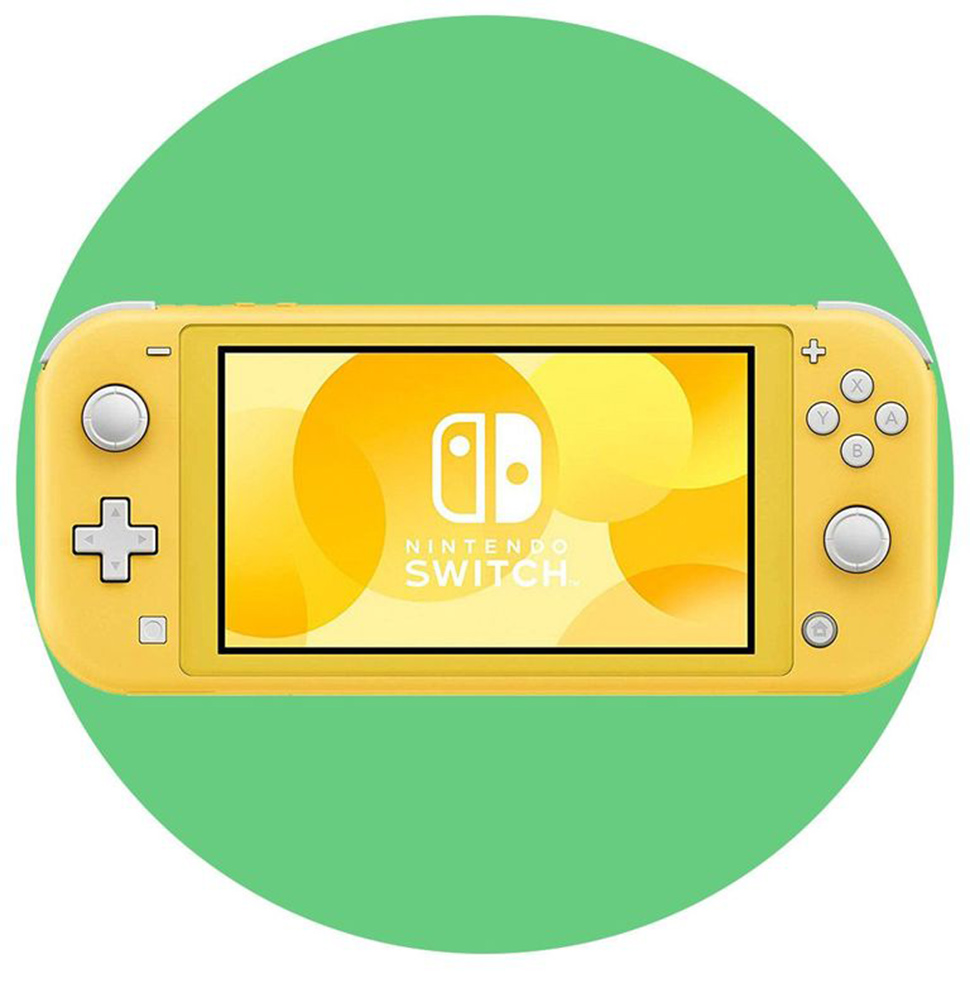 Some Nintendo fans were hoping to get a bigger, more powerful Switch in 2019. Others expected a slimmer version of the console that could be more of a replacement for the Nintendo 3DS, the company’s previous portable offering that the Switch had since swallowed up. It turned out the second camp was right: The Nintendo Switch Lite represents everything we love about the portability of the multi-use handheld and takes out the multi-use part. You can’t plug it into your TV. You can’t plug it into anything, actually. The Switch Lite is a true handheld, albeit a pretty large one. It makes the most sense for titles like Pokémon Sword and Shield, which don’t really need the giant screen. But you can play Breath of the Wild on it, too. If you want to. Me, I’d recommend sticking with the good ol’ Switch. 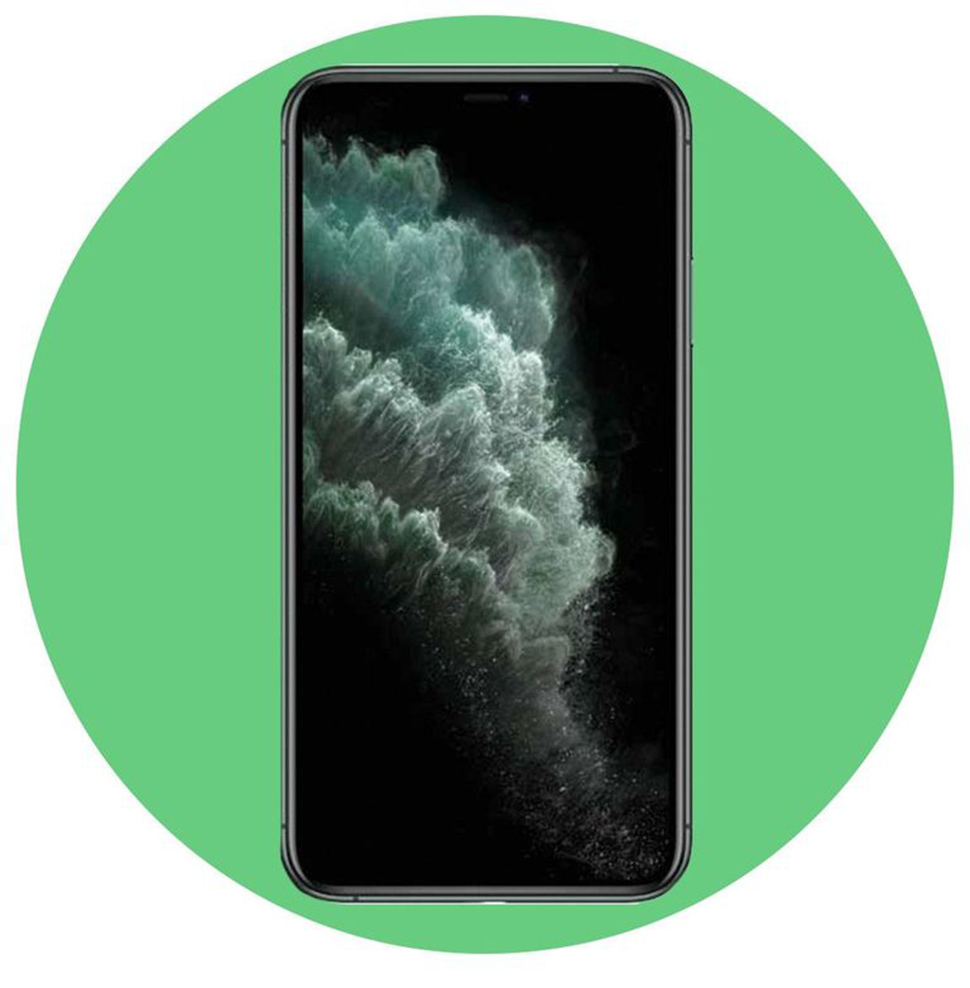 It feels a bit odd to put the iPhone on a list of the best handheld gaming devices. Apple’s game-changing phone isn’t really known as, like, a Game Boy. But, for all the things the iPhone gets right, gaming is yet another that is really done well. Especially with Apple Arcade, the new subscription service that draws together some of the best and brightest developers for players to enjoy at a measly $5 monthly fee. After the paywall, all the games on Apple Arcade are free, and can even be played offline. And if you have an iPhone, you can still enjoy the thousands of games available on the App Store as well, making Apple’s flagship device one of the greatest platforms that the industry has ever seen. Now, if it could only add a few buttons and a joystick. 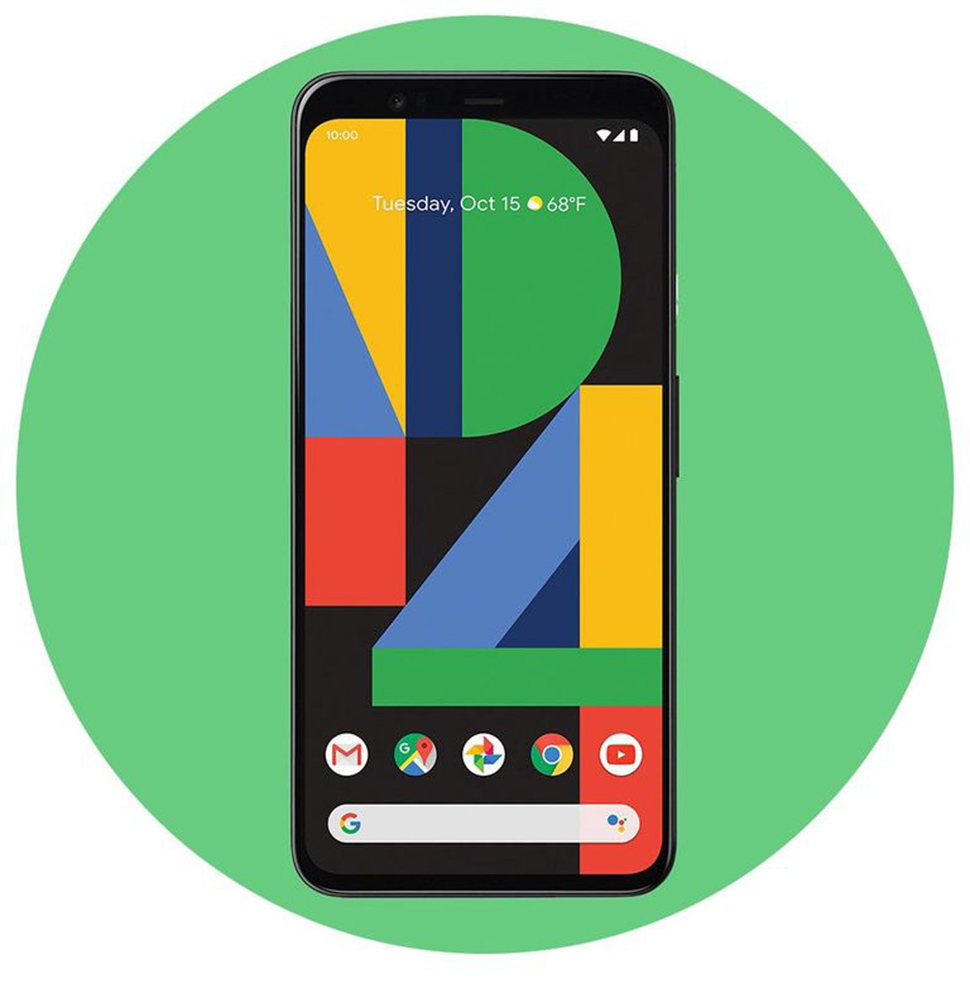 Apple’s App Store and its new Apple Arcade are curated pretty extensively. That’s Apple’s way of filtering out the scams, the viruses, the bullshit. The Google Play store, which is available on Android devices, however, is a bit more lenient in that regard. We can’t recommend you do this legally, but if you have an Android-powered device like the Pixel, you could easily run all sorts of games from the Super Nintendo all the way up to the PlayStation, if you had the correct emulators and roms (again, if you choose to break the law, that’s on you—we’re just saying it’s an option). What’s even more significant about the Pixel, though, is its seamless connectivity with Google’s new gaming service, Stadia. For a while, Stadia was only available on Pixel phones, but Google has been slowly rolling it out to other devices. If you’re hoping to spend some time with the ambitious—maybe too ambitious—Stadia, the Pixel is a great place to start. 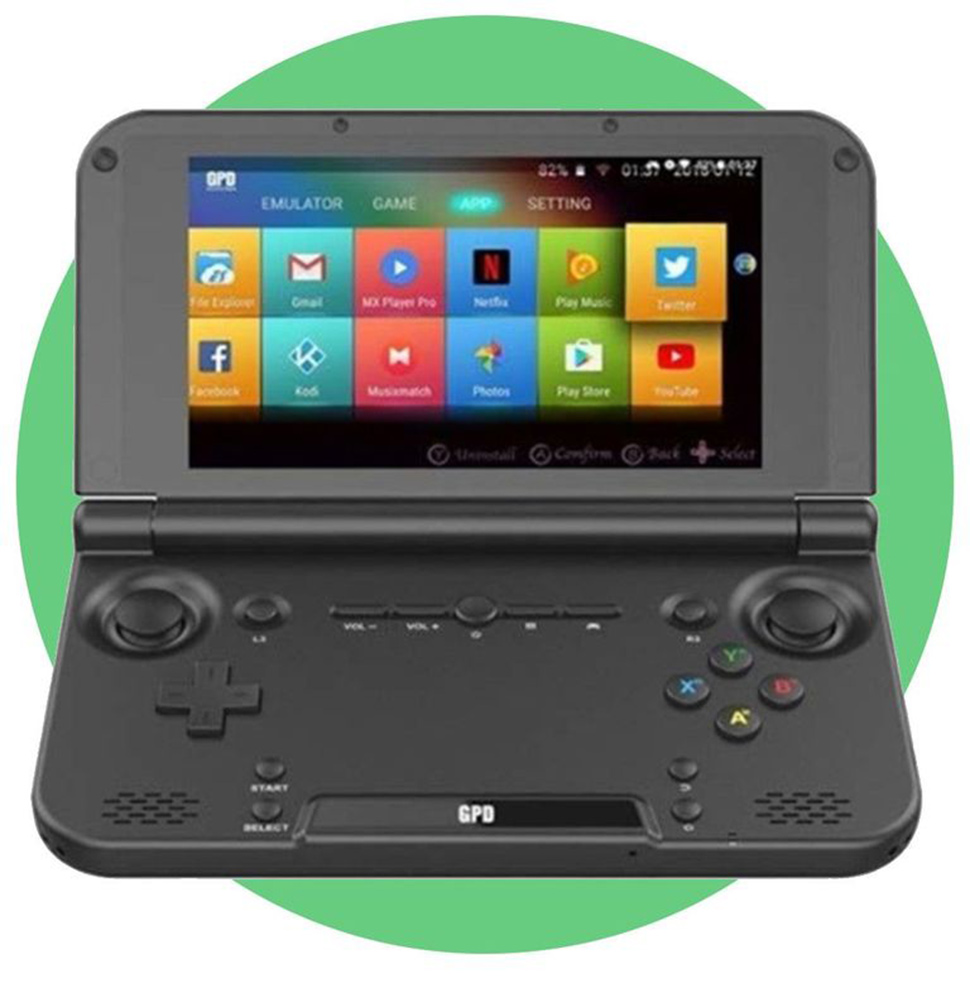 You probably haven’t heard about this weird little machine. I’ve been hoping for a chance to write about it! A few years ago I was on a retro gaming kick (completely legally, of course). I came across this strange device on Amazon—it’s essentially an Android tablet with buttons and a joystick. The thing looks curiously like a bootleg Nintendo DS with one screen. This isn’t a shitty Hackintosh sort of deal, though. It works. Since it is Android-powered, you can download any Android apps you want right onto the machine. It’s touchscreen, if that’s your thing. I’m not going to say that I got an N64 emulator and enjoyed some of my favorite N64 games right on the device, but one could, theoretically, do that, just so you know. Make sure you get up to date on the laws about retro gaming emulation before you go any further, please. 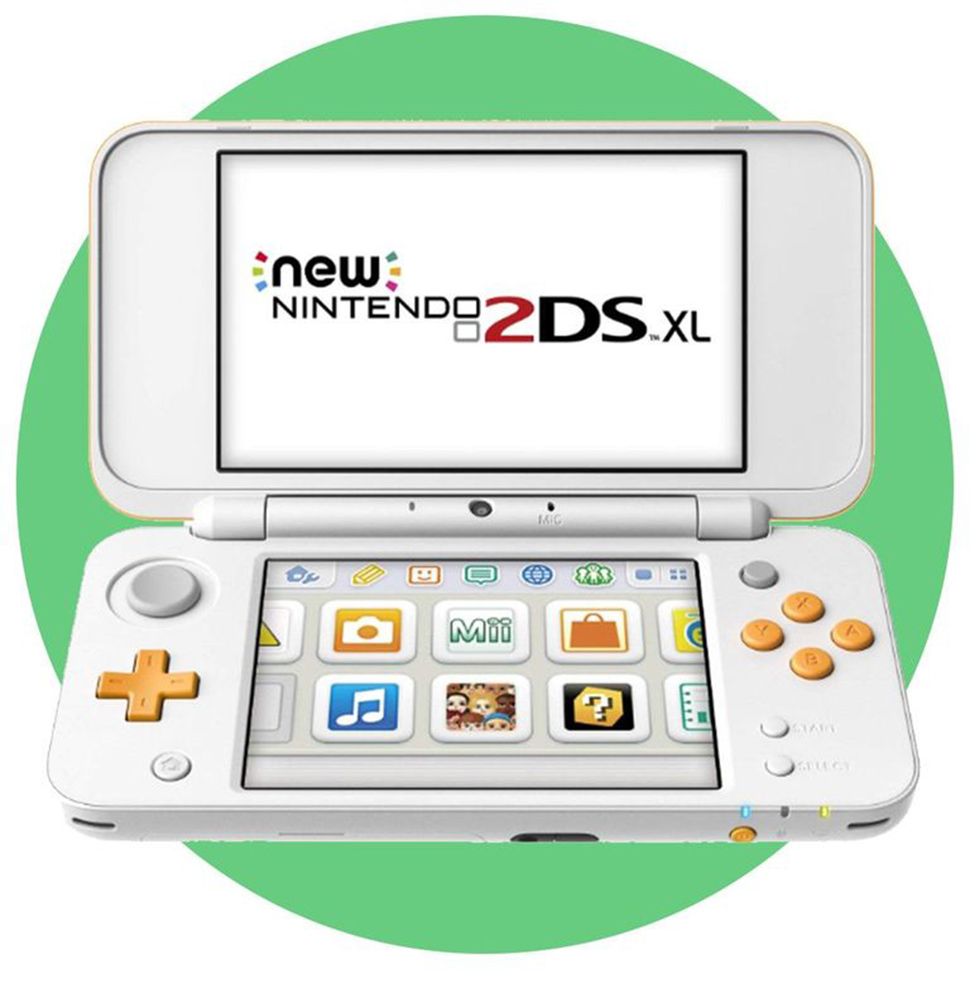 Fuck it. The Nintendo 3DS, and its whole family of systems, is still relevant. I don’t care what anyone says. Nintendo may no longer really support the damn thing, but 3DS still rocks. Between the huge catalog of games, the battery life, the two gigantic screens, and that great clicky sound it makes when you snap it closed, the 3DS is still far and away the best handheld I’ve ever gotten my grubby hands on. The 2DS XL is $150. That’s about half the price of a Nintendo Switch. It does away with the 3D stuff, but that shit was shoddy anyway. Going on a long trip somewhere? Get yourself a 2DS XL. Download the Majora’s Mask remake. Maybe it’s just me, but I’m not ready to say goodbye to the 3DS just yet.