These are the PS5 games that will have you spending hours on the couch. 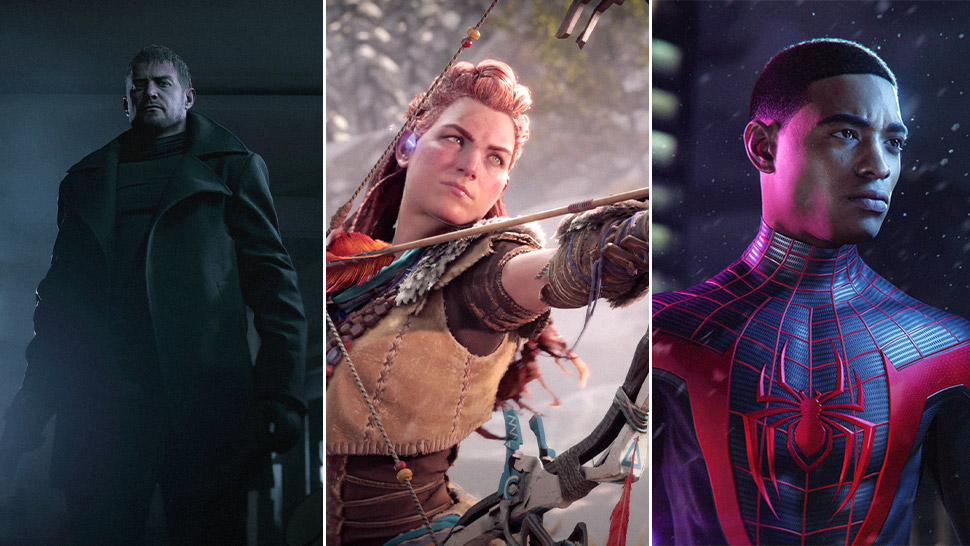 Gamers are practically frothing at the mouth for news of the next generation Playstation console from Sony. The PS5 is expected to hit store shelves later this year, right in time for the holiday rush.

According to an independent analyst, Sony expects the PlayStation 5 hardware to sell about six million units from its launch to Marsh 31, 2021. It's about a 20 percent decline compared to the the 7.5 million the company sold at launch.

No official pricing and release dates have been announced, but a simple Google search will reveal plenty of high-quality rumors floating about.

And speaking of Google search, just as anticipated as the console are the PS5 games that go along with it. Simultaneous with the announcement of the PS5’s design, Sony also revealed some of the titles coming to the console. Naturally, what followed was furious Googling for the titles by hardcore gamers, and it’s this search behavior that online shopping startup iPrice Group looked at to figure out what the most anticipated games are for the new console. 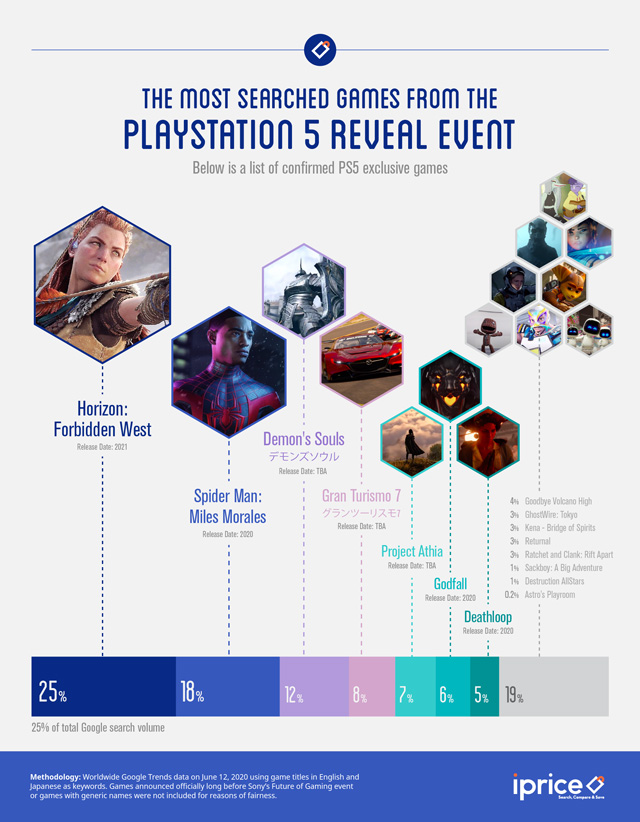 Horizon Forbidden West is the one that generated the most interest of all the games. The sequel to the immensely popular Horizon Zero Dawn had already drawn intense curiosity from fans, who posted endless rumors and expectations about it.

The gamealone took one fourth of all Google searches for all exclusive PlayStation 5 games, according to iPrice’s calculations

Horizon 2’s trailer features the return of main character Aloy along with new environments and all-new enemies. I

Marvel’s Spider-Man: Miles Morales comes second in the chart of exclusive games, taking 18 percent of all Google searches for these games.

Developed by Insomniac Games, which is famous for the Spyro series, the Rachet & Clank series, and the 2018 hit Marvel's Spider-Man, Marvel’s Spider-Man: Miles Morales no doubt benefits from the popularity of the superhero character.

After the surprise announcement of the remake, interest for Demon's Souls is off the charts, especially in Japan, where Google search interest for the game increased by 50 times within only two days.

As for Square Enix’s Project Athia, all we know so far is that it is developed by the same team that made Final Fantasy XV. This shroud of mystery probably inspires many to enlist Google’s help in hope of learning more about the game.

In this catergory, Resident Evil 8: Village was clearly on top, surpassing Spider-Man: Miles Morales with 31 percent more search volume. However, iPrice says it’s worth noting that the game might have gained extra attention from fans of PC and Xbox Series X for being available on these two other platforms. 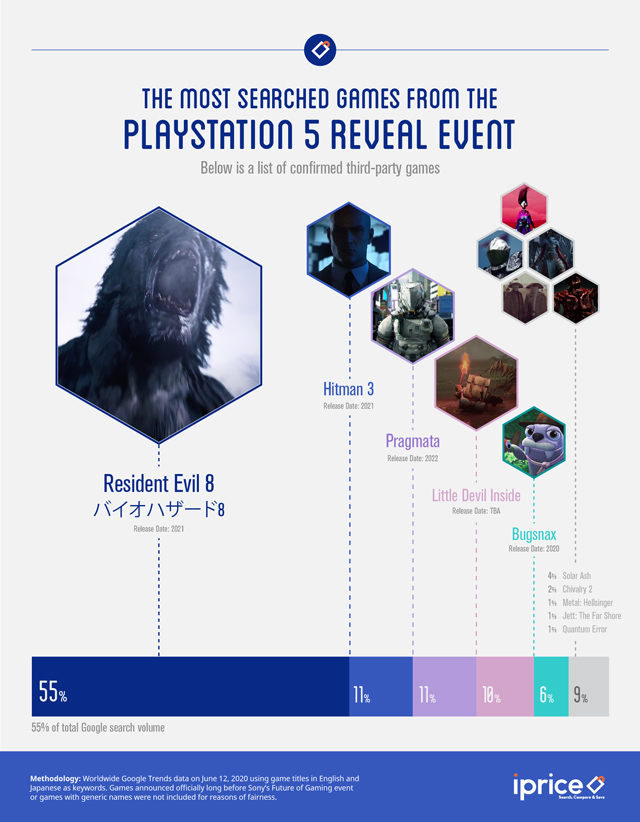 Indie games Little Devil Inside, BugSnax, and Solar Ash complete the top five in the category.

Methodology: iPrice examined worldwide Google Trends data on 12 June 2020 using the games’ names in English and Japanese as keywords. Games announced officially long before Sony’s Future of Gaming event (such as Assassin's Creed Valhalla and Oddworld Soulstorm) or games with generic names (such as Stray) were not included for reasons of fairness.

This Tesla 'iPhone' Costs a Staggering P385,000
All Photos
Comments
View As List