...And That's How You Take Advantage of an Employee's Viral Video

The retail giant noticed one of their employees in SM Lipa whose sales spiel had gone viral. 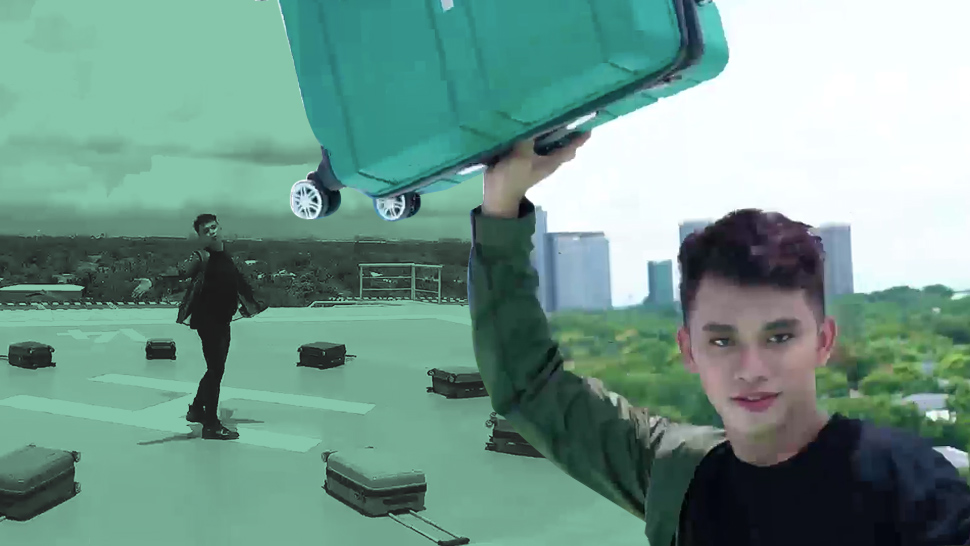 You've probably seen Xian Tecson, though you may know him better as #SMLuggageBoy, whose enthusiastic—not to mention gymnastic—sales spiel was captured by a customer and uploaded on Facebook some weeks ago.

In case you missed it (but how could you, with over 1.5 million views to date?), the viral video was a rarity among viral videos. Tecson was genuinely talented, and he was genuinely charming. He was neither self-conscious nor falsely self-deprecating; he truly seemed like he just wanted to show off this wonderful piece of luggage, and enjoyed every second of it. When the customer made an off-color joke, he blithely shrugged it off like a pro.

It helped that the product really did look like it was a good buy—it survived multiple body slams, and was, at 50 percent off and at Php2,499, a real bargain.

Before you could even finish reading the long comment thread on the post, SM Luggage Boy managed to snag guest appearances on shows like TV Patrol and Kapuso Mo Jessica Soho. Better yet, the retail giant that employed him took notice and gave him his own web ad.

This isn't even the first time an SM Malls employee has gone viral. In 2013, an elevator operator caught the delighted attention of customers who were cheered by her banter. Like Xian Tecson would do years after, Cheridel Alejandrino also managed to get featured on TV shows, even including Maalaala Mo Kaya.

Virality isn't something companies can easily manufacture, and once out, it's not a phenomenon that can be controlled. Social media is a wild animal, after all, and companies are probably well advised to handle it with great care.

Not everyone has the courage or the perfect timing needed to ride on a viral post: Remember Suntukan sa Ace Hardware? The fictitious event went crazy within hours, eventually getting more than 60,000 people to sign up, and countless thousands of others joining in on the comment thread fun.

But when a news outlet reached out to the company for comment, all they could muster was a wan disavowal of the event. Only later did Ace Hardware manage to untwist their panties and get in on the joke, as its Lucena City branch put up a photo wall for customers. An advertising exec's advice on how the online phenomenon could've been better exploited was widely shared in the aftermath.

It takes balls (in this case, those of a luggage salesman named Xian) to throw caution to the wind and embrace virality. Of course, it can go horribly wrong; but when it goes right, it can do the kind of magic for a brand that money can't buy.

Blue, Orange, and Gold iPhones May Be Coming Soon
All Photos
Comments
View As List