The Most Popular Smartphone in the PH Is... 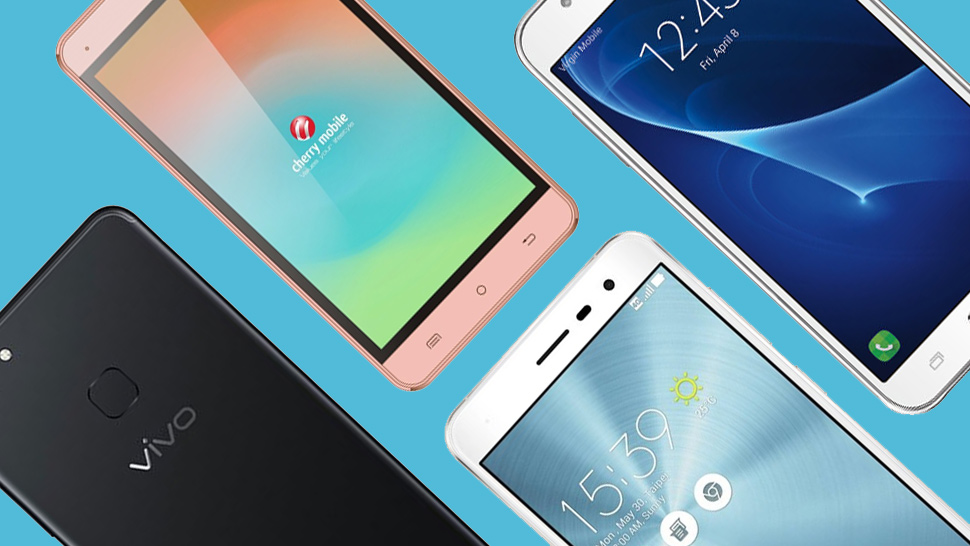 In a media briefing held last April 5, IDC Philippines unveiled its latest analyses of consumer trends in the smartphone and personal computer (PC) markets in the country. Among these analyses were the top five smartphone brands in the country for 2017, which IDC Philippines identified as: (1) Cherry Mobile, which accounted for 23 percent of total unit shipments; (2) Samsung, with 17 percent; (3) OPPO, with 12 percent; (4) Vivo, with eight percent; and (5) Asus, with five percent. (See infographic)

“In 2017, the reason why Cherry Mobile has been able to maintain its rank as market leader is because Cherry Mobile has always been very strong in the rural areas,” explained Jensen Ooi, senior market analyst for client devices at IDC Asia-Pacific. “Most of their phones cost less than $100, targeting the more price-conscious crowd.

Ooi added that what sets Cherry Mobile apart from other local brands that sell smartphones in the same price points and target rural areas is their extensive marketing strategy. “They are constantly reminding you about it,” said Ooi on the brand.

Though Cherry Mobile is the market leader, it is the only local brand to make the top five, which Ooi attributed to the quick rise in popularity of Chinese brands OPPO and Vivo. Having entered the Philippine market only in 2014 and 2015 respectively, the two now command a fifth of local smartphone shipments combined.

“The reason why they’ve been able to expand their market share and grow is because of their cash-rich marketing strategies and campaigns,” Ooi said to describe the growth of OPPO and Vivo. “They hire celebrity endorsers, they partner with events… and they also tie up with popular mobile phone games.”

Overall smartphone shipments to the Philippines amounted to 15 million units in 2017, a seven-percent decrease from the year before. According to IDC, this marked the first time smartphone shipments experienced a year-on-year decline, which the company attributes to “intense competition from top brands…resulting in some vendors being ousted from the market.” 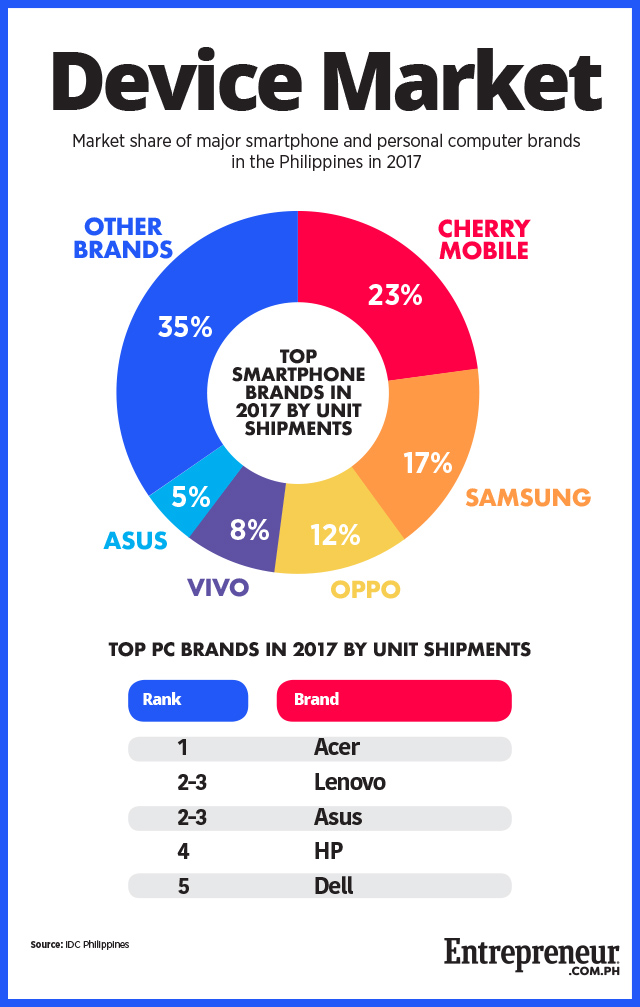 Meanwhile, Sean Paul Agapito, associate market analyst at IDC Philippines, talked about trends among PC devices in the Philippines during the media briefing. At the sidelines of the event, Agapito also revealed the five most popular PC brands in the country for 2017, based on unit shipments: Acer, No. 1; Lenovo and Asus, which tied at No. 2 and No. 3; HP, No. 4; and Dell, No. 5.

While Agapito did not provide figures, he revealed that Acer commanded a wide lead over all the other top PC brands for 2017. As well, similar to Cherry Mobile in the smartphone space, Acer has maintained its top position in the PC space for “at least five years,” which Agapito attributed to its solid network of suppliers in the country.

“Here in the Philippines, they’ve established pretty good relations with their supply chain—their distributors, their dealers, even up to their retailers,” Agapito told Entrepreneur Philippines. “And they’re continuously expanding their market reach through these channels. This is one of the reasons why they can push for big shipments here in the country quarter in, quarter out.”

He added that Acer has also benefited from education-related purchases, as according to Agapito, they are “the only ones active in the education space.” He highlighted the brand’s program for partnering with schools called Acer Academy.

Around 2.1 million PC units were shipped into the Philippines last year, according to IDC data. That marked a small jump of one percent from the year before, which IDC believes will continue to grow due to the rising popularity of telecommuting among working professionals and esports among consumers and enthusiasts.

View More Articles About:
Tech
More Videos You Can Watch 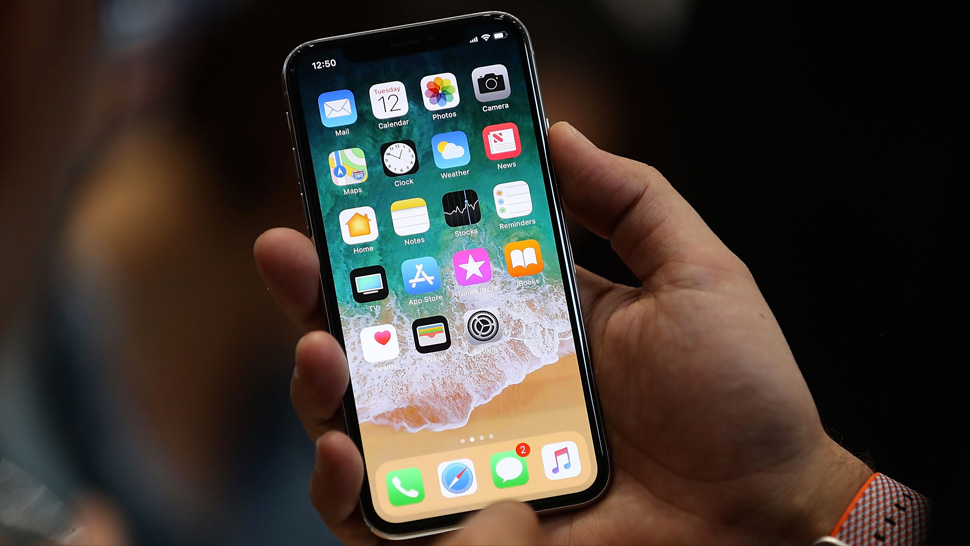 Are You One of the 1.17 Million Filipinos Whose Facebook Data Was Stolen?
All Photos
Comments
View As List