Internationally acclaimed Filipino toy designer QUICCS is collaborating with Smart Communications, Inc. for TEQ5G, a limited-edition designer toy collectible that lucky subscribers can get a chance to win.

This partnership comes at a time when designer toys have created a phenomenal following of their own. Now, more than ever, people are gravitating towards high-quality collectibles, with so many toymakers experimenting on designs and collaborating with different brands. It has definitely piqued the interest of most, and if you’re not in on this hype yet, you’re likely missing out. 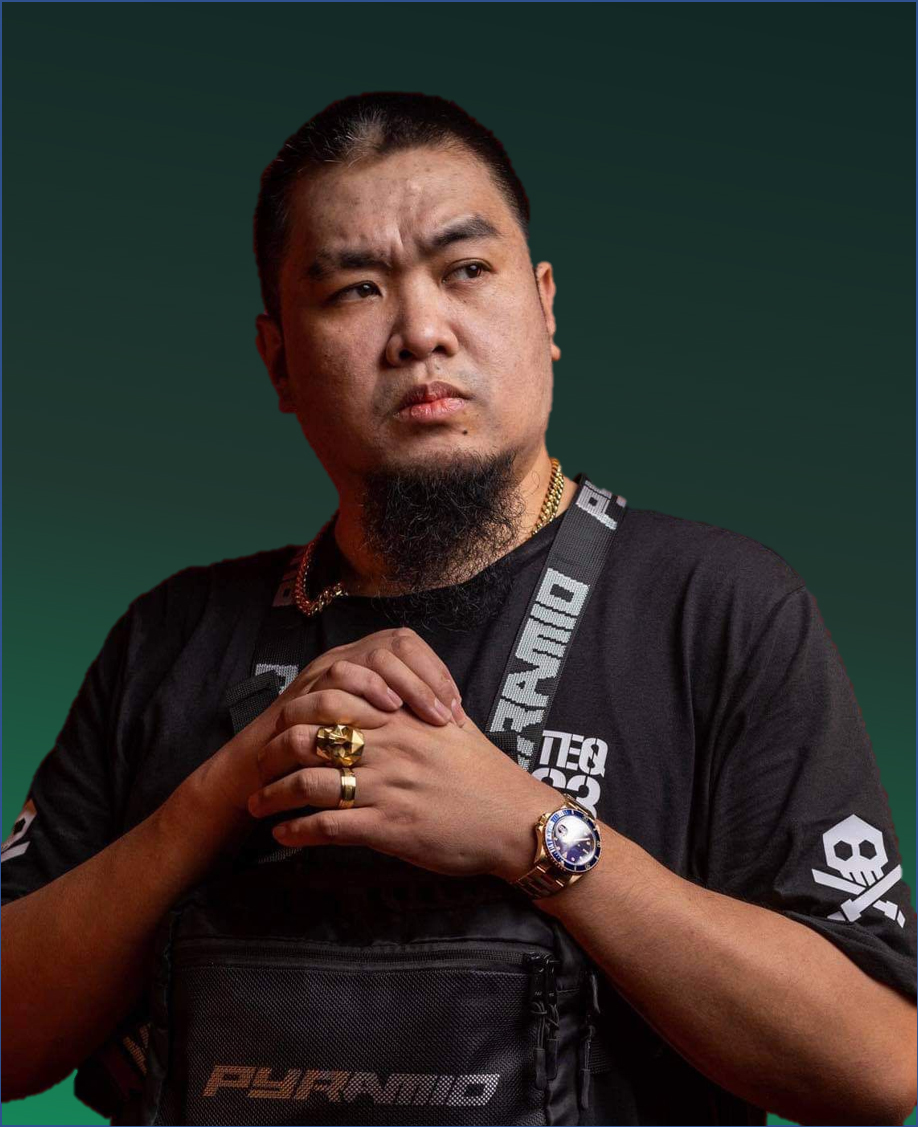 Passionate dreamer and goal-slayer
Juanito Maiquez, a.k.a. QUICCS, is a homegrown toy designer who, after a lot of determination and perseverance, has now become an internationally-renowned visual artist. QUICCS is a big deal in the fields of hip-hop, basketball, street fashion, toys, and the street art world, and part of his cred includes working with famous brands around the world to create stunning pieces that reflect his one-of-a-kind style and artistic vision.

By no small coincidence, his creativity was also partly molded by PLDT and Smart growing up. “My dad was an executive in PLDT and Smart for 35 years where he dedicated most of his life to,” QUICCS shared. “My sister, who is also my manager, also worked with PLDT and Smart for a time. Back then, PLDT was known for holding art competitions, and my dad would encourage me to join every time.”

While he grew up to become a graphic designer, his main dream was to create, design, and produce his own toys. His road to becoming a famous toy designer in the Philippines was no doubt challenging, but his passion never wavered. QUICCS would eventually see his passion bear fruit, especially with the advancement and accessibility of technology.

That grind would eventually turn him into the internationally sought-after toy designer and artist he is now. After a long journey, his toys have become must-have icons among toy collectors and street culture aficionados all over the world, drawing tons of hype with each highly-anticipated release. He would also eventually land his career-defining partnerships with brands such as adidas, which hugely contributed to his rising stock.

He embodies the passionate dreamer in Smart Signature customers by being a certified goal-slayer who has managed to bring his passion and love for the arts to life with the help of the world-changing power and possibilities of technology.

“You don’t need to follow the blueprint of being a traditional artist,” QUICCS said. “Back in the day, artists are expected to join art competitions, connect with galleries. Now, you can use social media as a tool to make your own gallery. You don’t have to follow the norms, there are other paths that artists can take. The world is your gallery.”

QUICCS’s trailblazing work and journey is fitting for his partnership with Smart, as the telco giant is also leading the way to new and limitless possibilities for its subscribers. 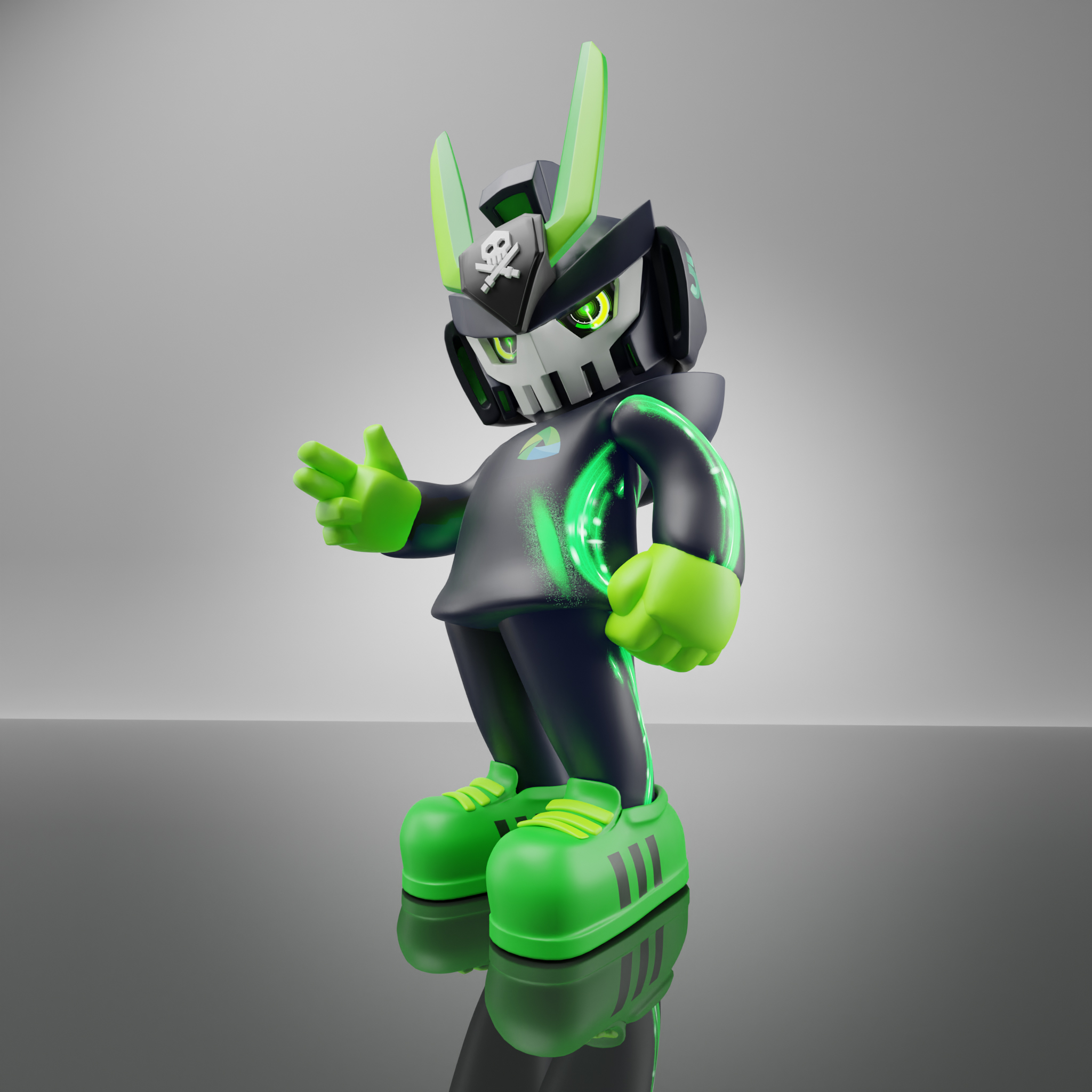 Win a TEQ5G toy collectible with Smart 5G
The designer collectibles made by QUICCS are all one-of-a-kind, carefully crafted, and much-anticipated pieces that people are willing to pay big bucks just to own, and the TEQ5G toy collectible exclusively designed for Smart is no different. QUICCS designed TEQ5G to embody the game-changing power of 5G technology and inspire subscribers that they, too, can turn their passions into reality.

TEQ5G is a limited-edition release with only 500 pieces available, and only Smart Signature 5G subscribers will get a chance to get their hands on it. They can be a lucky owner of the TEQ5G collectible for free by experiencing the power of Smart 5G.

To join, subscribers only need to use Smart 5G mobile data, conduct a speed test, take a screenshot, and share it at smrt.ph/Quiccs5G, along with their full name and Smart Signature mobile number. Subscribers may submit their entries anytime between September 10 and 30.

This unique collaboration is in line with Smart Signature’s “Live Larger” campaign, which empowers goal-slayers to further excel and dive deeper into their passions powered by the Smart 5G. Smart Signature enables customers to live larger and finally make the shift to 5G with its 5G Plans and wide selection of Smart 5G-certified handsets that suit every lifestyle. That’s not all: Subscribers can also expect bigger things to come from QUICCS and Smart Signature in the future.

Ookla®, the global leader in internet testing and analysis, recently cited Smart as the country's fastest 5G mobile network for the first half of 2021. Smart has also reasserted its dominance as the Philippines' fastest mobile network for the fourth year in a row, based on analysis by Ookla of tests taken with Speedtest® within the same period.

On the other hand, Smart scored a rare sweep in the April 2021 Philippines Mobile Network Experience Awards by independent analytics firm Opensignal, essentially reestablishing it as the Philippines’ fastest network.