We spoke to Gary-Ross Pastrana about his beginnings as an artist, and about the creation of one of our covers for our all-illustrated issue. 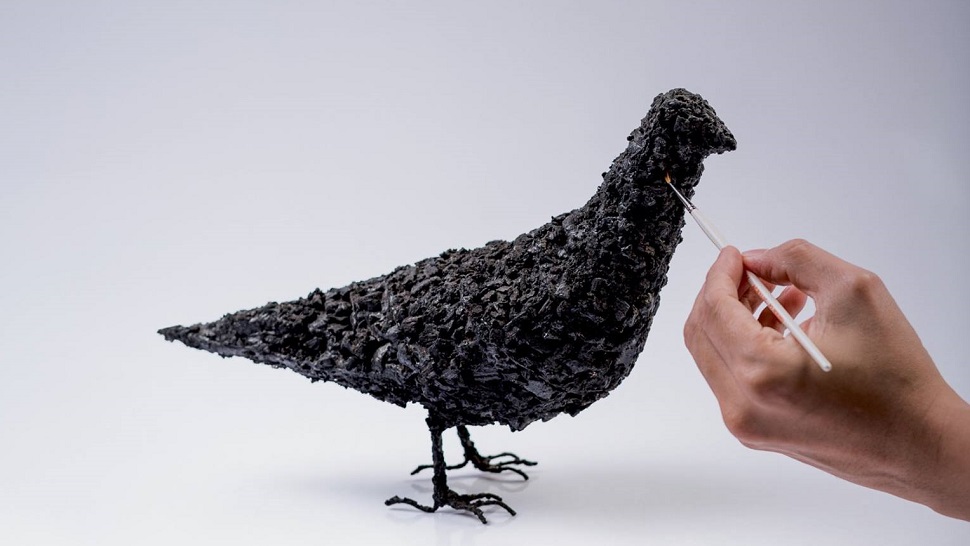 GARY-ROSS PASTRANA created the central image for one of the five covers of our fifth anniversary issue: A pigeon, reconditioned from his 2003 work “Set Fire to Free.” Pastrana is a conceptual artist, curator, and a CCP Thirteen Artists Award recipient whose work has been exhibited at several prestigious galleries and international art fairs both here and abroad—notably at the 2008 Busan Biennale in Korea and the 2010 Aichi Tiennale in Japan. He is also a co-founder of Future Prospects Art Space in Cubao.

We spoke to him about his beginnings as an artist and the process that went into creating the original “Set Fire to Free.” 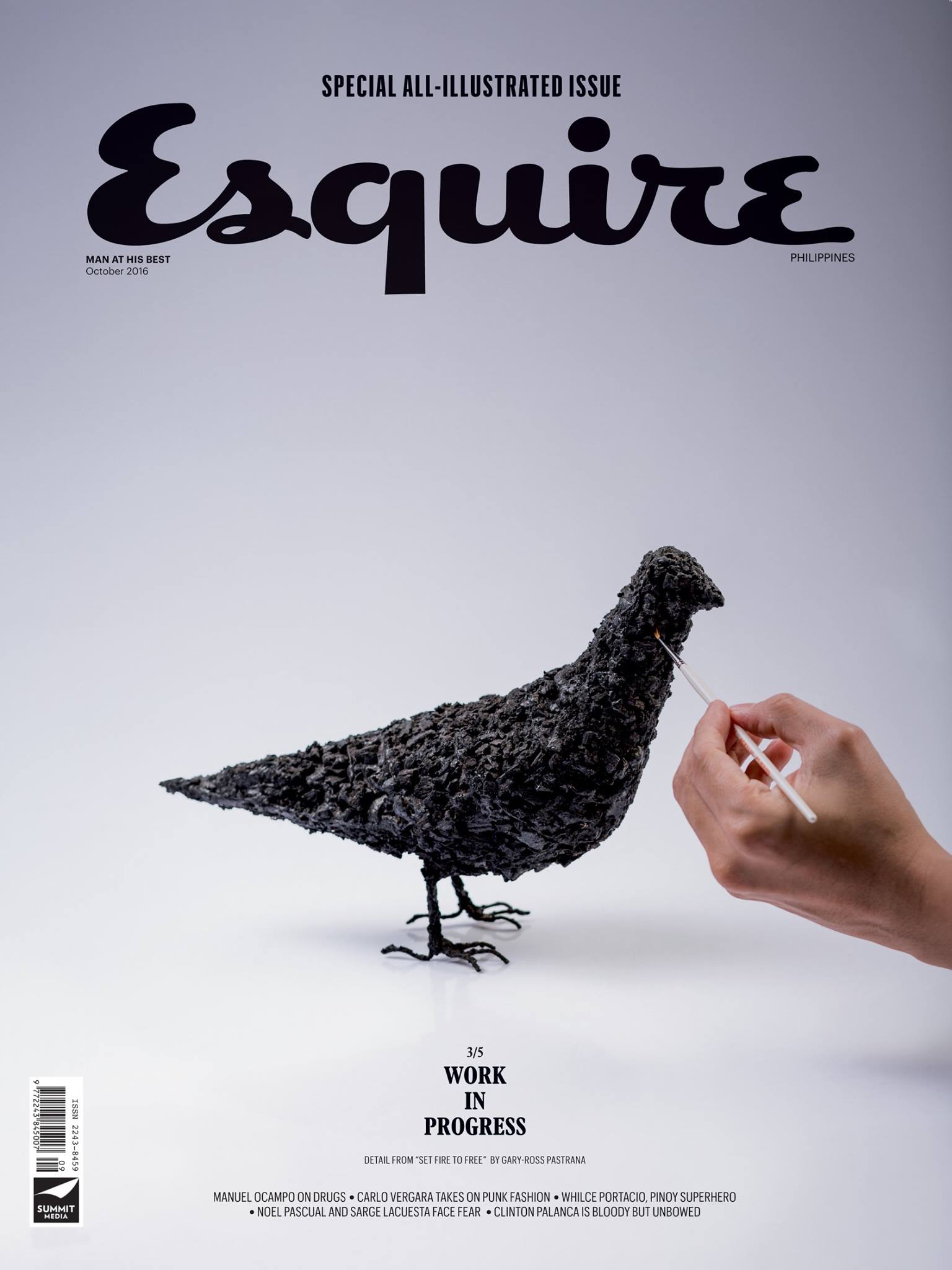 ESQUIRE: How did you start making art? Did you always know you were going to be an artist?

GARY-ROSS PASTRANA: I started quite late; I only came to know about contemporary art when I was already in art school. I was initially interested in music and film, which were more accessible to us at that time.

GRP: I guess I was and still am inspired by creative people. I observe creators from different fields, aside from music, film, and art. I've also invested quite some time looking into industrial design, philosophy and quite recently, economics. I'm inspired by original thinkers and I think I'm motivated by the desire to celebrate or live up to their example.

ESQ: Describe your style as an artist, on a technical level and a conceptual level. What are your most common themes, and how do you usually express them? What medium do you use most often, and why?

GRP: I guess the simplest way to answer this is that I see myself as an object maker. I like looking into objects and things.

At this point, I was thinking, what if an object loses its function? Would it still be considered [the same object]? How would you call it? How would you define it? But I was also looking into the poetic possibilities of process—of subjecting objects to different processes. For example, in this case, there’s some kind of destruction. I was also looking into materiality, in a sense. Other times, I would combine two separate objects into one—but in this particular case, it was about splitting apart an object.

If you were to contextualize this, you could say that I’m looking into my own archive, my own catalog of the things that I’ve done and revisiting it.

ESQ: Would you say that it’s one of your more significant works?

GRP: I guess, itong work na ‘to, it signaled my investigation towards objects. I trace back the series of works that I’ve done about objects to this work. After this, I made a work [entitled] “Two Rings” which I combined together—I melted the gold, and then I made a small sword, and then I made a small cut on my arm, then pinaghiwalay ko ulit. Then there was another time that I had a boat cut into small pieces, and then I sent them to a different country, and then someone reassembled the boat. Looking back, I think ito ‘yung work that signaled that. Diyan nagsimula. You could say that I revisited the work that [started] looking into the constitution of objects.

ESQ: Can you tell us about the local art scene?

GRP: A work like this—I made it in 2003—at that time, would be characterized as uncollectible for sure. Actually, the original ladder that I had made for this, I lost. Someone used it as firewood, ironically. But maybe now, after thirteen years, the scene has changed. Maybe there’s a market for it. Maybe something like this can be collected now. In a way, it’s a little bit more market-driven, for better or worse. Of course it’s good to be able to support yourself doing what you love. Before, we all needed to have second jobs to support our practice. I was doing production design and fabrication. But for the past three years, I’ve been able to be a full-time artist. Frankly, I don’t know how long I can sustain that. I don’t know if that will continue. Maybe something will happen and the market won’t be as good as now. I’m not totally reliant on it. But I’m happy that there is more interest in art now. That’s part of what we working on [when] we opened an art space 10 years ago. We tried to develop new collectors, new patrons, getting young people interested in art.

ESQ: Do you have any new works coming up? Any projects you’re working on?

GRP: Right now, I’m working on [something] called Calle Wright. It’s a new space focused on research. It’s in Malate—on Vasquez Street. I’m helping to set that space up. The focus will be on artistic research and we will have workshops. It’s not market-driven; it’s focused on producing knowledge. 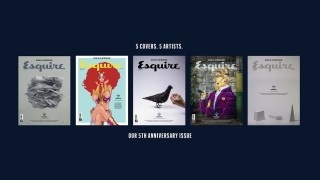 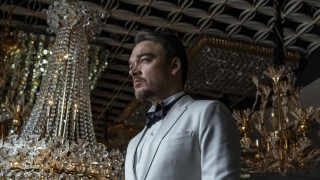 The September 2016 Issue
All Photos
Comments
View As List