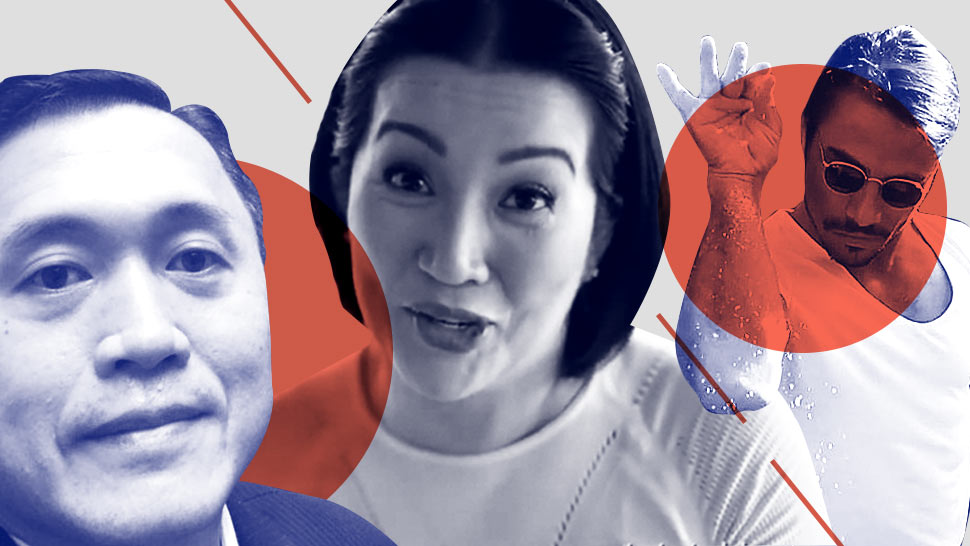 One could argue that in 2017, memes have been among the few remaining vestiges of positive—if incredibly shallow—human interaction on social media. They’re nothing if not ways to share humor, after all, and to laugh with each other about a mutually understood unit of culture. So as an appreciation of things that we actually enjoyed, or at least laughed at, on social media, look back at some of the best memes of 2017:

Salt Bae
One of the earliest memes of the year was Salt Bae, a Turkish chef named Nusret Gökçe, whose manner of sprinkling salt on an expertly cut steak became the universal flourish for the rest of the year. 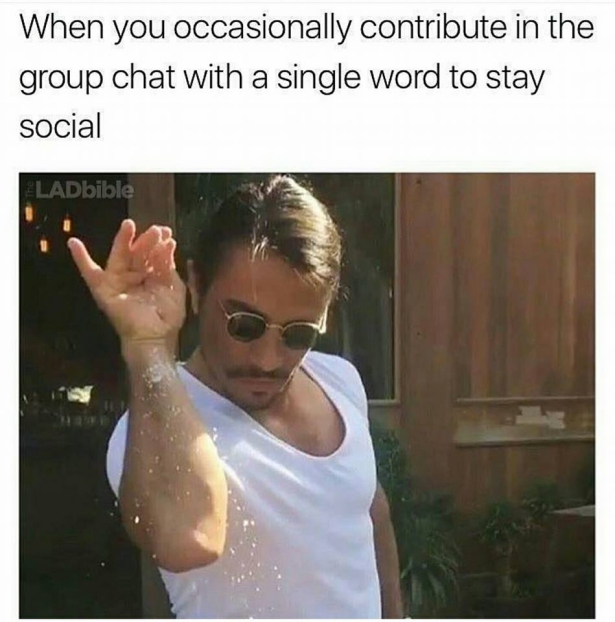 Pangit Ba Ako?
Aside from the fact that it starred Liza Soberano, My Ex and Whys was a fairly unexceptional romcom when it released last February. One line did stand out though: Cali, played by the hilariously beautiful Soberano, asks: “Pangit ba ako?” The dissonance was obviously meme-worthy. 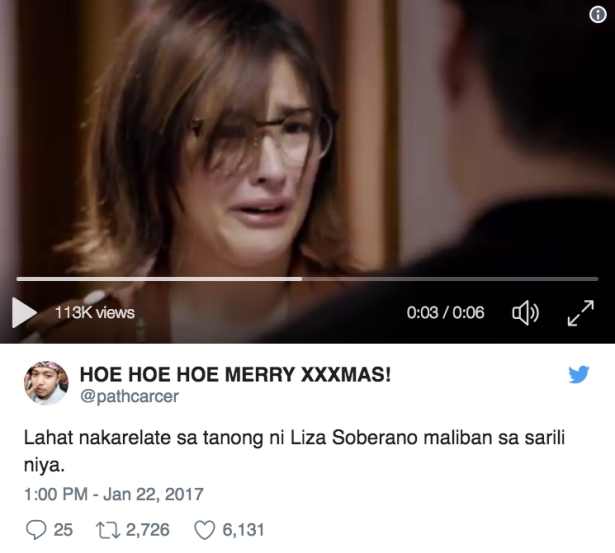 Blinking White Guy
Drew Scanlon, one of the podcasters for video game website Giant Bomb, was reacting to a video game, not knowing that his disbelief would be shared by millions of people in 2017.

Roll Safe
“Roll Safe” is the nickname of the character portrayed by actor Kayode Ewumi in a web series entitled Hood Documentary. This frame from that series became a popular way of mocking logic and decision-making. 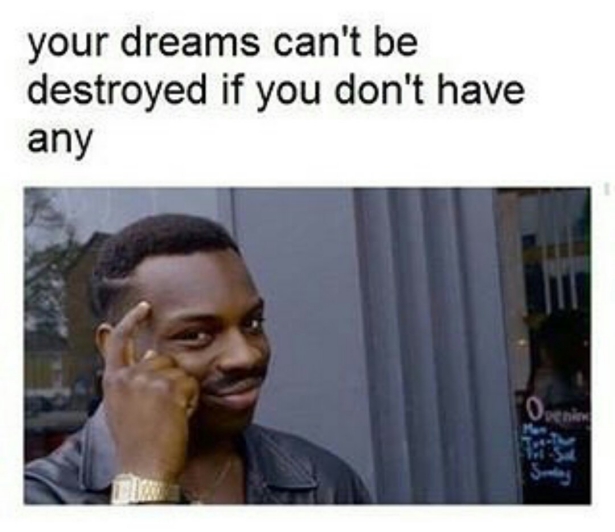 Cash Me Outside, Howbowdah?
Appearing on Dr. Phil to address a troubled relationship with her mom, 13-year old Danielle Bregoli decided she would challenge the show’s audience to a fistfight. Her display of insolence made her a meme; and then sadly, even more famous. 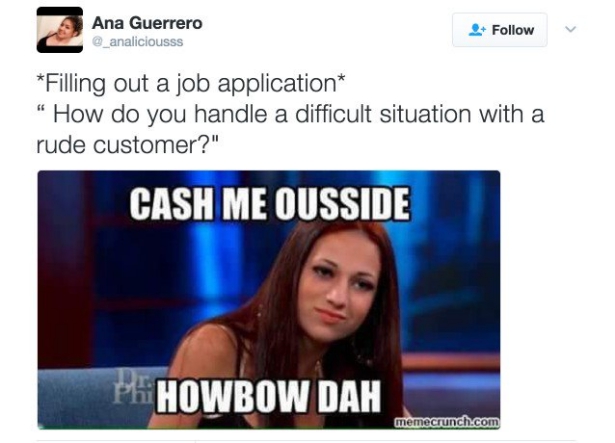 Arthur Fist
It’s been years since Arthur ended its run, but the show remains an icon of the ’90s and close to millennials’ hearts. One frame of Arthur’s clenched fist was the ultimate way of showing repressed rage in 2017—a year that definitely had a lot to be mad about. 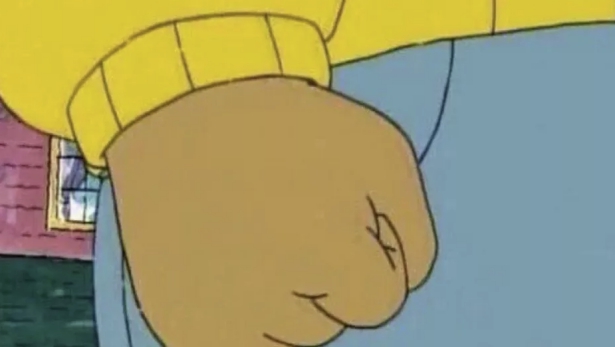 Spongebob Mocking
An unfortunate Spongebob Squarepants frame, used in tandem with uNevEn aNd sporAdiC caPitaLizaTioN became the Internet’s favorite means of mocking others this year. 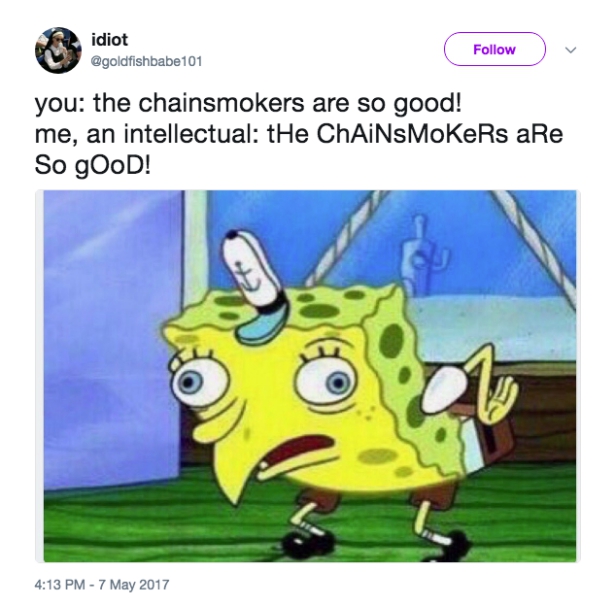 Kris and Bimb
Few local celebrities owned the Internet as hard as Kris Aquino and her son, Biiiiiiiiimbbb did. Apart from becoming her own content creator, she and Bimb became the subjects of several different memes throughout the year. Most are quotes from Kris TV, some (like the insanely popular bow-and-arrow meme) were from previous years, unearthed with her resurgent popularity. 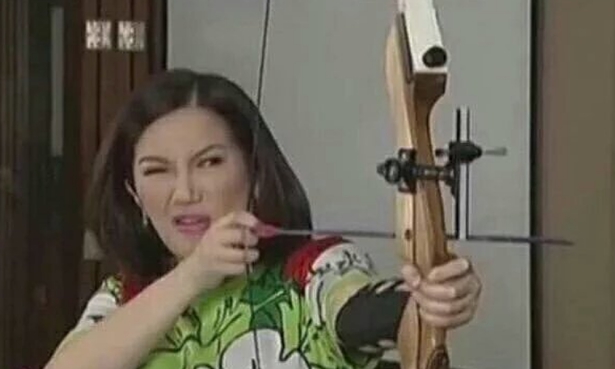 It Down Here
This year’s film adaptation of Stephen King’s It brought people to recall the the 1990 miniseries adaptation of the same. The older It spawned a lot of memes, none more widespread than the frame of Pennywise in the drainage, offering you your heart’s desires. 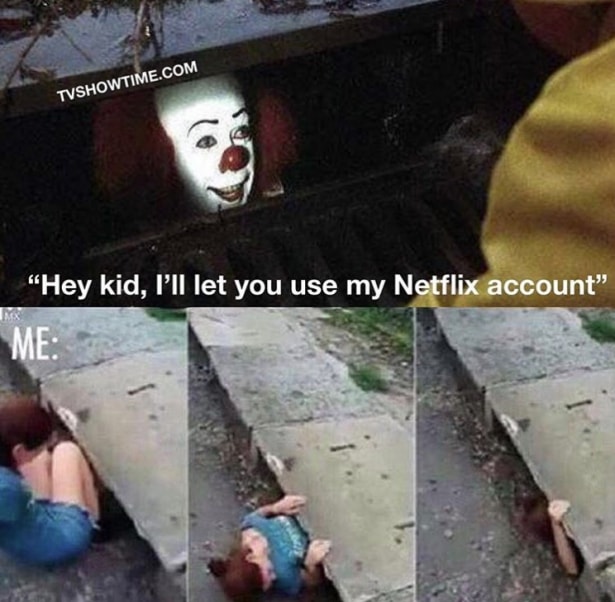 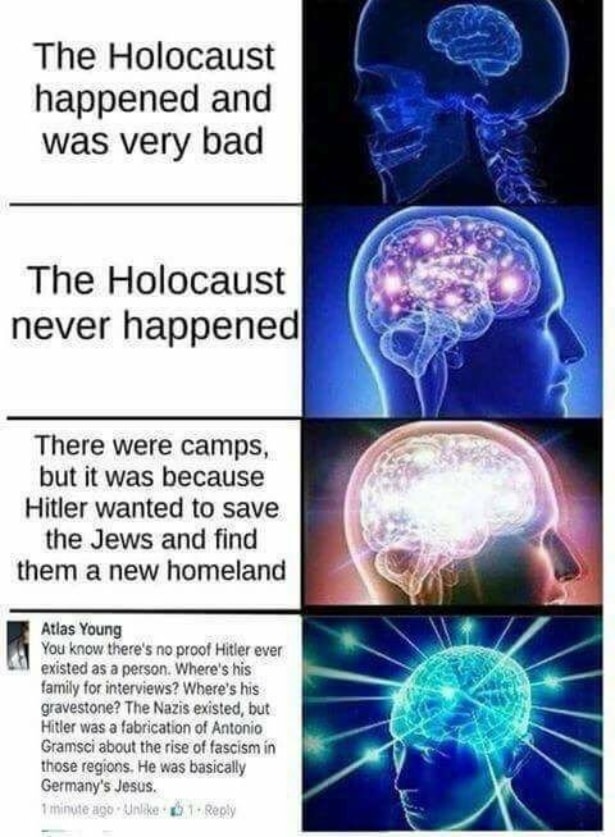 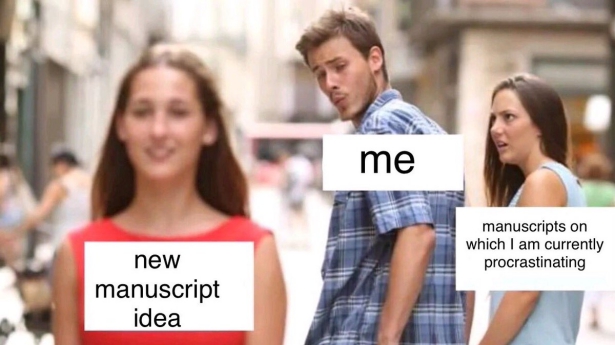 Ika-6 Na Utos
GMA-7 had its fair share of ridiculous moments on primetime television, including the greatest flamethrower ever on Alyas Robin Hood. But the worst and most hilarious belonged to the confrontation scenes of Ika-6 Na Utos. One particular confrontation scene, in which Ryza Cenon’s character threatens a pregnant woman with a toy gun, became a meme for expressing agitation. 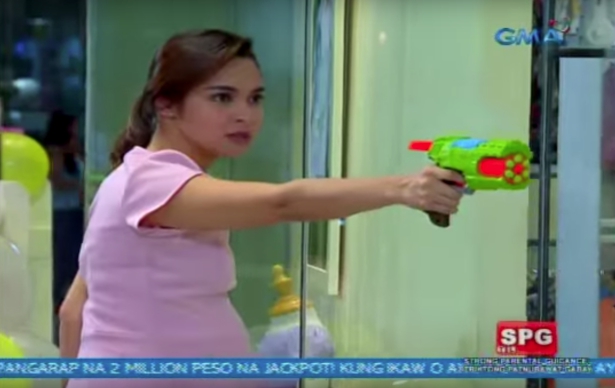 Spotify Playlist Sentences
One prototypical Filipino meme that just won’t die is Janina San Miguel’s answer to a pageant question in Binibining Pilipinas World 2008. It came to life again this year in the form of another popular meme: a Spotify playlist. 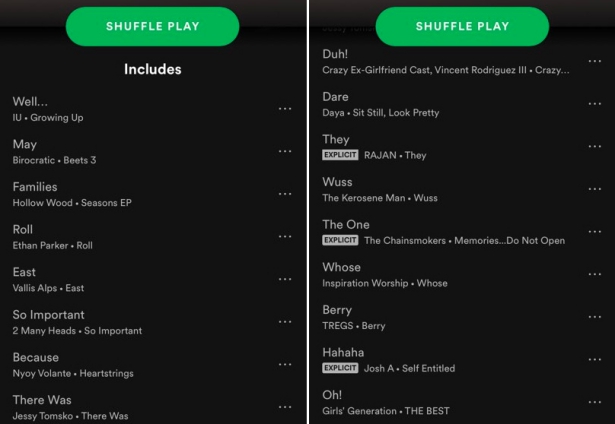 Bong Go Selfies
As the Special Assistant to the President, Bong Go has featured heavily in this administration’s important public moments. At the Asia-Pacific Economic Cooperation (APEC) Summit last November, he snapped a few too many selfies with world leaders. Naturally, the Internet mocked him for it, even creating a profile photo template with Go in the foreground. 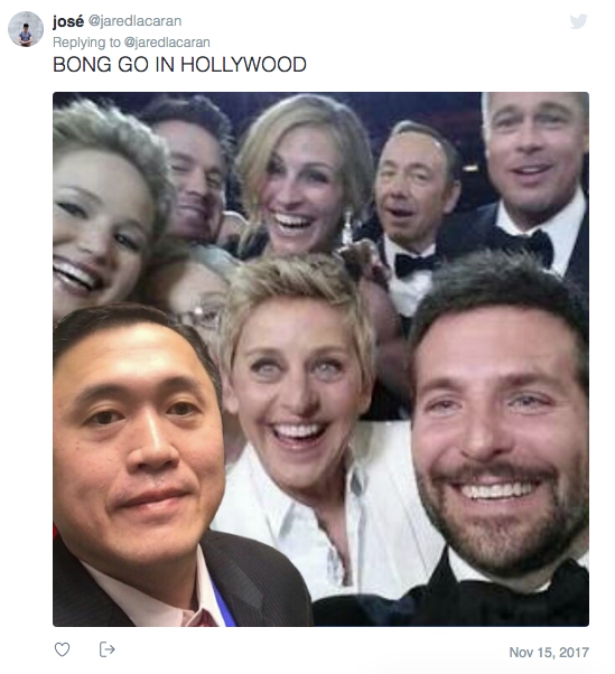 MRT Detachment
We Filipinos pride ourselves in being able to laugh at casual atrocities like the detachment of the MRT car. But it’s never enough to laugh at anything, in the social media capital of the world. You have to make a meme out of it, too. 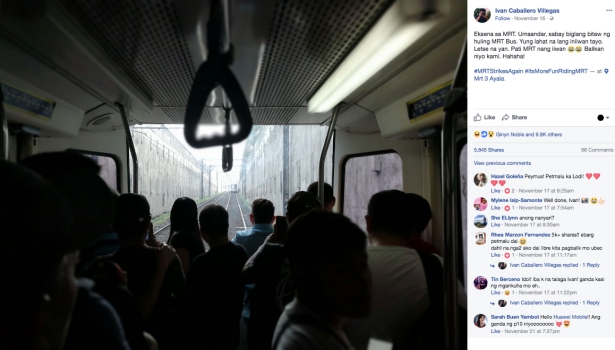 Shocked Yael
Spongecola vocalist Yael Yuzon was one of the many famous people who attended the wedding of Anne Curtis and Erwan Heussaff last November, and among the crowd that got to witness Marc Nelson administering a lap dance to model CJ Jaravata. It turns out that Yuzon’s overly animated reaction was something that a lot of people could relate to.

It's 2017
When asked about her cohabitation arrangements with boyfriend James Reid, Nadine Lustre clapped back at the apparent criticism by saying "C'mon, guys, it's 2017!" And throughout the year, it became the de facto response to everything that we've had to leave in the past. 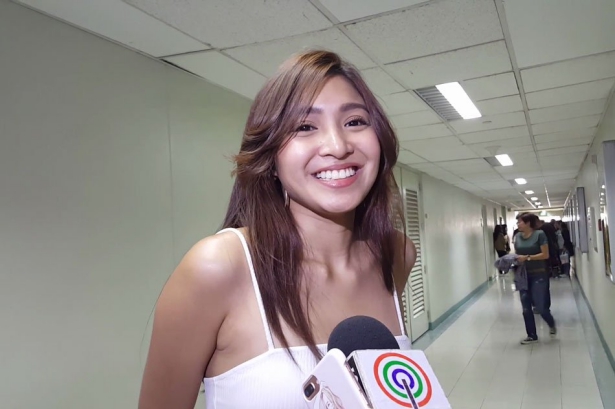