There's nothing quite like a tall glass of really cold beer poured fresh from the tap. Draft beer—beer dispensed from a keg using a tap—is considered to be uniquely aromatic and flavorful, mostly because of its freshness. Purists would even tell you that the freshness of draft beer gives it a different mouthfeel—a special energy that can tip you into the weekend at the first sip.

Via Mare at The Manila Golf Club

Come for the game, stay for the beer. Manila Golf Club’s 44-hectare property, located between the borders of Makati and Bonifacio Global City, is home to more than just a world-class golf course and club—it’s also one of the best places to grab a bite. Via Mare has found a home within Manila Golf Club and it serves up a delicious fusion of seafood dishes along with Filipino favorites. From oyster specialties to kakanin for merienda, Via Mare has all the perfect side dishes that will go great with a glass of draft beer—perfect for a quick pick-me-up before heading back to the green.

The thirsty southerners of Alabang can head to Players Pub and Bistro for San Miguel Super Dry on tap. This ambient tavern, with its dark wood furnishings and impressive bar menu, is the perfect Irish pub to bring the boys to. Order a pitcher, a liter, or a pint of draft beer to go with your cocktail shrimp and quesadillas for a relaxing night out. On some nights, you can expect great live music too.

District 8 Gastropub is tucked away in one of the buildings in Greenhills Shopping District. It’s a little break from the frenetic energy of one of San Juan’s most popular shopping destinations. With its warm lights and red brick walls, District 8 provides its customers with a friendly, calming ambience that’s perfect for date nights or group hangs. Its mural walls, hearty barchow (brick oven squid ink pizza, anyone?), and of course, San Miguel Super Dry draft beer are the perfect accompaniments to your weekend plans. 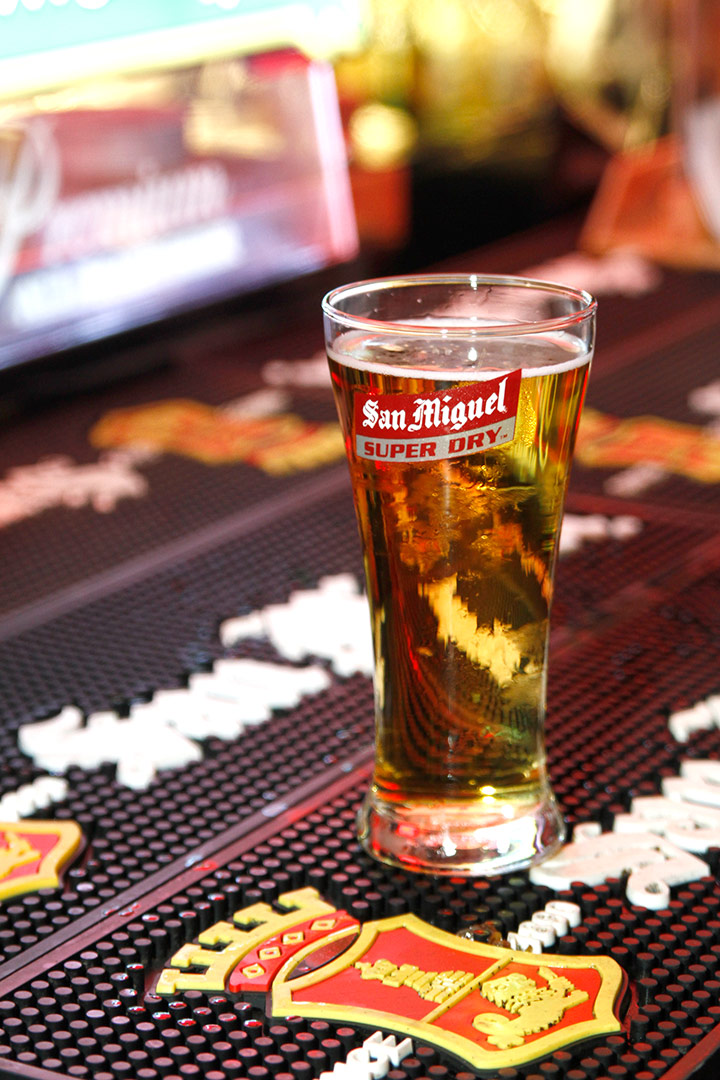 The even better news is that San Miguel's new draft beer system has arrived in Makati, too. Penthouse 8747, a luxurious rooftop bar with warm lights and art deco walls, launched the new system on Saturday, November 30. Penthouse is a great place to unwind—the kind in which you can sip on draft beer, staring through a thick haze of cigar smoke while enjoying a smooth jazz record. It's the kind of place that deserves fresh, ice-cold San Miguel Super Dry.