Whisky can be intimidating. There. We said it. No one likes to admit it, at first, but hardly anyone really gets whisky within their first few sips of the stuff. If you're just starting out, it's okay to feel a little overwhelmed.

To understand whisky the way that more seasoned connoisseurs do, you'd have to dig into the drink the way you'd dig into your favorite filmmaker's body of work. It takes research, repetition, and a keen attention to detail. But before you get to all of those, you need a place to start.

For a lot of people, Johnnie Walker Black Label is that place. It's a drink you know, and a drink you've probably had quite a bit of already.

There's a reason why it's a popular drink of choice: the original Black Label is considered to have a well balanced flavor profile, making it a "just right" whisky. According to the Johnnie Walker brand, it's right smack in the middle between light and rich; between smoky and unpeated. If you don't yet know what those terms mean, use this original Black Label as your point of reference in trying to divine them. From there, you can begin to explore its different variants that, altogether, can be your Rosetta Stone to the whisky world.

Delve deeper into Black Label's variants, like Johnnie Walker Double Black. As its name suggests, it's the original Black Label's much more intense cousin in terms of smokiness and richness, so you can easily discern the difference. Comparing the two will help you get a hang of whisky tasting on a basic level.

Then, once you can understand flavors well enough, you can start to study whisky in the context of heritage. This is really what sets connoisseurs and enthusiasts apart from the uninitiated: the ability to see the connections between a whisky's flavor and its origins and history. 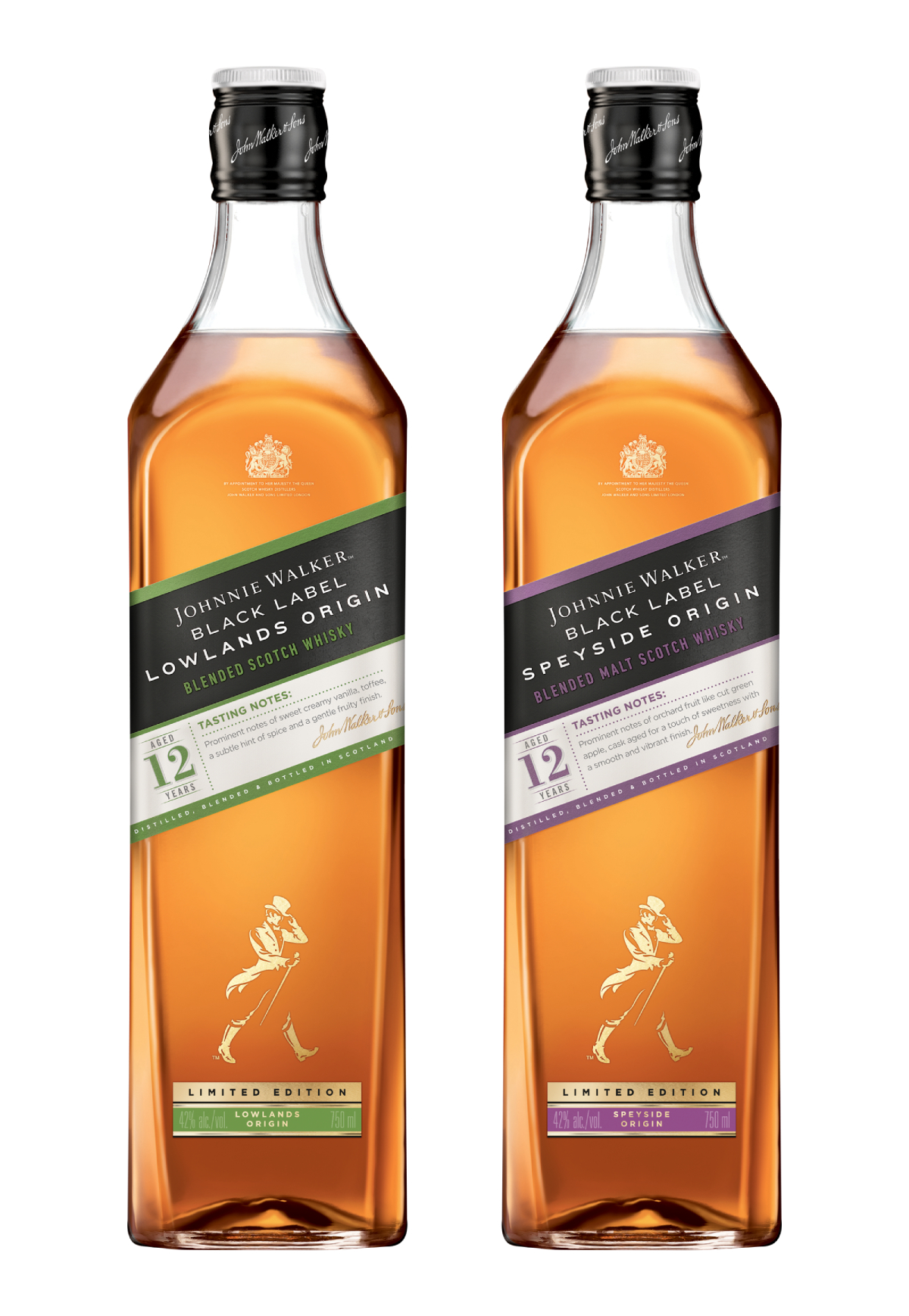 The Speyside region is in the northeastern area of Scotland, and the Lowlands region is down south. Each region has its own unique way of making whisky, and both are world-famous Scotch whisky capitals that inspired Black Label.

According to Johnnie Walker, the Speyside Origin blend has a "light and fruity" taste, "with hints of cut green apples and orchard fruit," while the Lowlands Origin blend is said to have "a sweet, creamy vanilla character and notes of toffee." Get a noseful and a taste of both and you'll slowly start to distinguish the difference between whisky that's made in one place and another.

If you ever have trouble with it when you're starting, that's okay. The key here is to compare: If you can get a taste of all these different variants of just one whisky—Johnnie Walker Black Label—it becomes easier to develop reference points and deeper whisky knowledge. Notice the subtle differences between each and you can start to understand whisky on a new level. You'll understand why the flavors of a Speyside whisky come alive with a splash of soda, as a lowball; and why a Lowlands whisky makes for an extra-smooth Old Fashioned.

Once you understand these, you can talk to other enthusiasts about them, and they may in turn help you learn more. From there, it's up to you to explore and enjoy whisky not just as a drink, but as a culture.