Or you probably weren't alive back then for these tito tagayan hits. 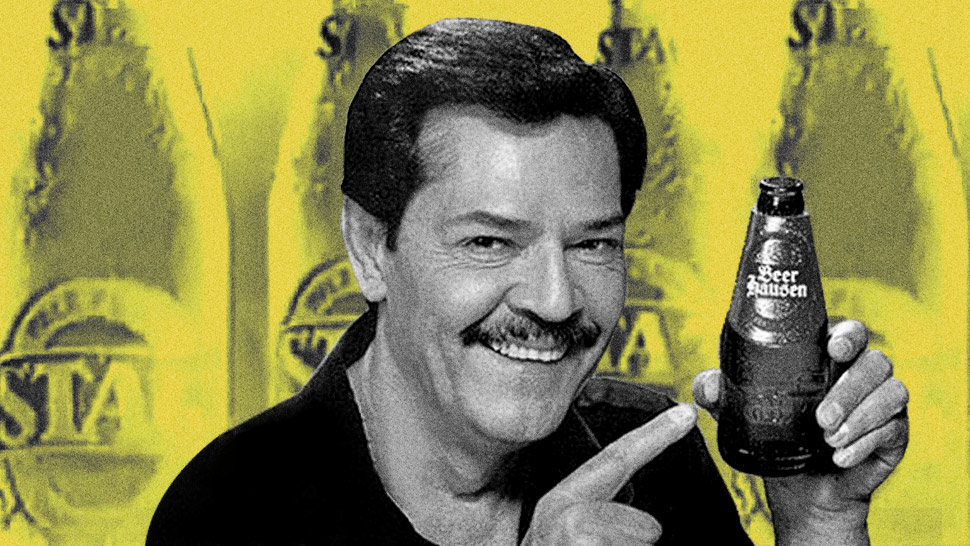 Craft beers may be the literal and figurative buzz these days, but it may take some time before the traditional tambays get their taste of these golden brewed beverages on tap. The market is still dominated by the bottled brews that we have all grown used to—San Miguel Pale Pilsen, Red Horse (that comes with the corresponding Happy Horse urban legend) and San Mig Light (mahaba-habang inuman!).

For those who have started drinking from the ‘80s onwards, though, they would recall a time when there were more choices that could be bought from the neighborhood suking tindahan. We look back at some of these drinks that our titos, titas, and tatays enjoyed back in the day. 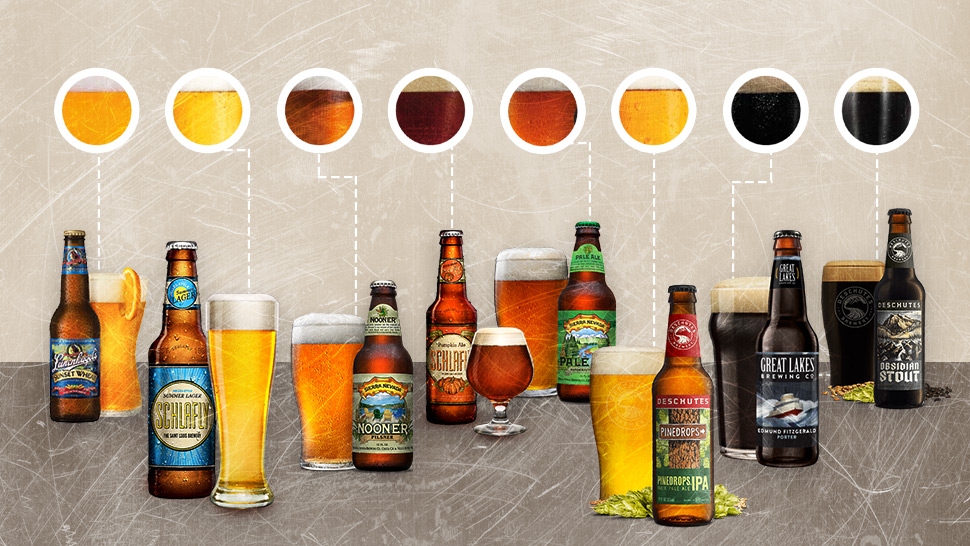 Gold Eagle Beer
It was a light-bodied low-cost beer that was made for “easy drinking” by the San Miguel Corporation. The target market was the workingman, with endorsers such as Ka Freddie Aguilar in a sepia-toned homage to the simple life in the countryside. A cheeky commercial with Idol April Boy Regino extolled the virtues of having a cold one as a reward to getting over daily challenges while dishing out innuendoes about a farmer na magaling mag-araro, and a mechanic na magaling mangalikot, with pretty girls smilingly serving the beverages. 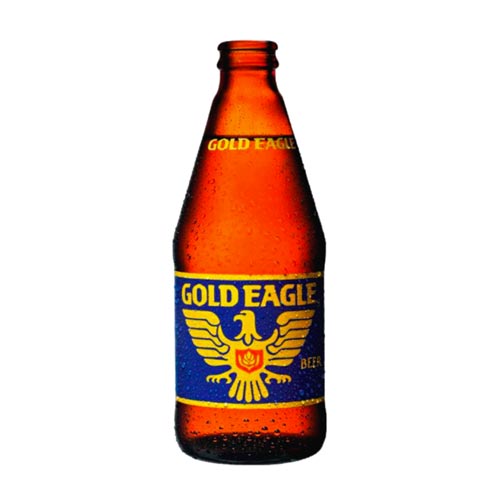 Stag Pale Pilsen
Because of its cheap price, this slightly bitter beer with a “complex” aroma by Asia Brewery found an unintended market – high school boys sneaking in a few drinks at house parties. Its most notable endorser was action star Jeric Raval, who is said to embody the young market at the time, with a campaign titled “Sa Daigdig ng Malaya” where the message is you can be anything you want to be.

Manila Beer
It was sold as a low-cost extra strong beer, perfect for hanging out with the boys. It was launched in 1985 and has since been reformulated and relaunched by Asia Brewery sometime in 2010 as a walang sabit and no-hangover beverage to reach a young, hip market. 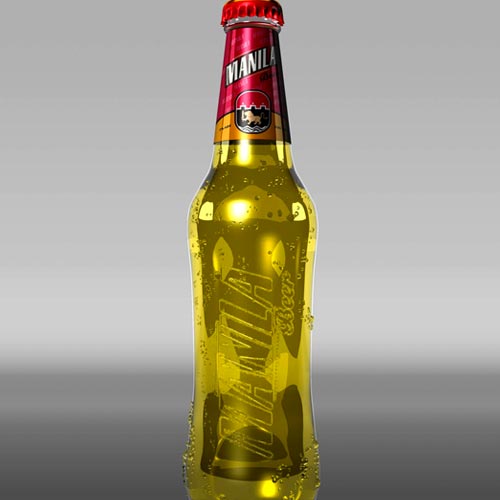 Beer Hausen
Its main draw was that it was a “natural beer” because it was brewed using mountain spring water. It was the first beer brand launched by Asia Brewery in 1982 to go against San Miguel’s decades of dominance.

Since beer and sports traditionally go together, here’s a little basketball trivia: Beer Hausen had its own PBA team headlined by El Presidente Ramon Fernandez. It was the start of the Fernandez-Jaworski rivalry as the two former Toyota teammates battled it out for several seasons for hardcourt dominance.

Carlsberg
In 1987, Asia Brewery received the license to brew the international brand in the Philippines, and it received so much hype. Pinoys who wanted to be seen as more worldly jumped on the chance to try this new premium beer that came in a green bottle instead of the usual amber/brown. Taste-wise, the Euro pale did not really fit with the Filipino palate, and its aroma was a sharp contrast to the sweetish smell of “chico” that Pinoys are used to.

Beer na Beer
It was originally launched by Asia Brewery as Beer Pale Pilsen in 1988, and it caused a big controversy in Philippine industry as San Miguel claimed copyright infringement and unfair competition. Asia Brewery won the first round at the Pasig Regional Trial Court but the decision was reversed by the Court of Appeals in 1991, Asia Brewery was prohibited from using the brand name. Beer Pale Pilsen was then renamed Beer na Beer.

The big to-do didn’t stop there either. In a battle that was said to be the clash of the Titans, Lucio Tan-led Asia Brewery filed a case at the Marikina Regional Trial court against then-Danding Cojuanco-led San Miguel in 1997, claiming that San Miguel allegedly hoarded, smashed, and illegally removed Asia Brewery's empty beer bottles and plastic crates from circulation.

Flavor-wise, Beer na Beer is said to be preferred by 9 out of 10 beer drinkers in a blind taste test, for its "Smooth, clean, and refreshing" beer taste that won three Monde Selection Gold Medals in Brussels.

Lagerlite
Drinking beer was often seen as the province of manly men, but the entry of San Miguel’s Lagerlite showed the successful women can imbibe too. With commercials that featured then-newscaster Loren Legarda, pop singer Joey Albert, and director Laurice Guillen taking a break, many of Manila’s career women took notice and started to celebrate their own personal successes with a cold beer in hand.

The tagline was “Lady, you deserve a break,” and it was a groundbreaking move that liberated many women from societal expectations—to give you a picture of how it was, the only other alcoholic drink marketed towards women at the time was Maria Clara Sangria (you get the picture, right?). Of course, it has to be said that Lagerlite was originally targeted towards men but they did not take to it well, thinking it was not “macho” to drink light beer, so advertising shifted to women.

Max Premium Beer
Do you remember Max Beer? The internet doesn’t. What we do know is that it was the second beer product launched by Asia Brewery, launched in 1983 as the company’s answer to San Miguel’s Red Horse.

Halili Beer
This brand of beer was said to have gone head to head with San Miguel in the 1960s. Halili Beer was manufactured by former Bulacan Governor Fortunato Halili’s F.F. Halili Enterprises at their plant located in Balintawak along with non-alcoholic drinks Mission Orange and Goody Root Beer. They also had their own transportation line, Halili Transit & Taxicab. Rumor was that it was so successful San Miguel tried to buy them out. 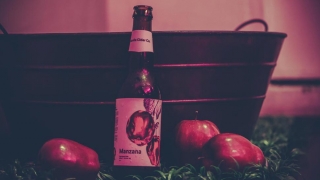 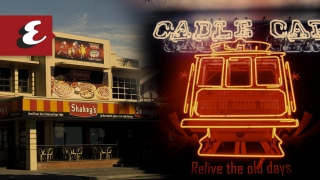