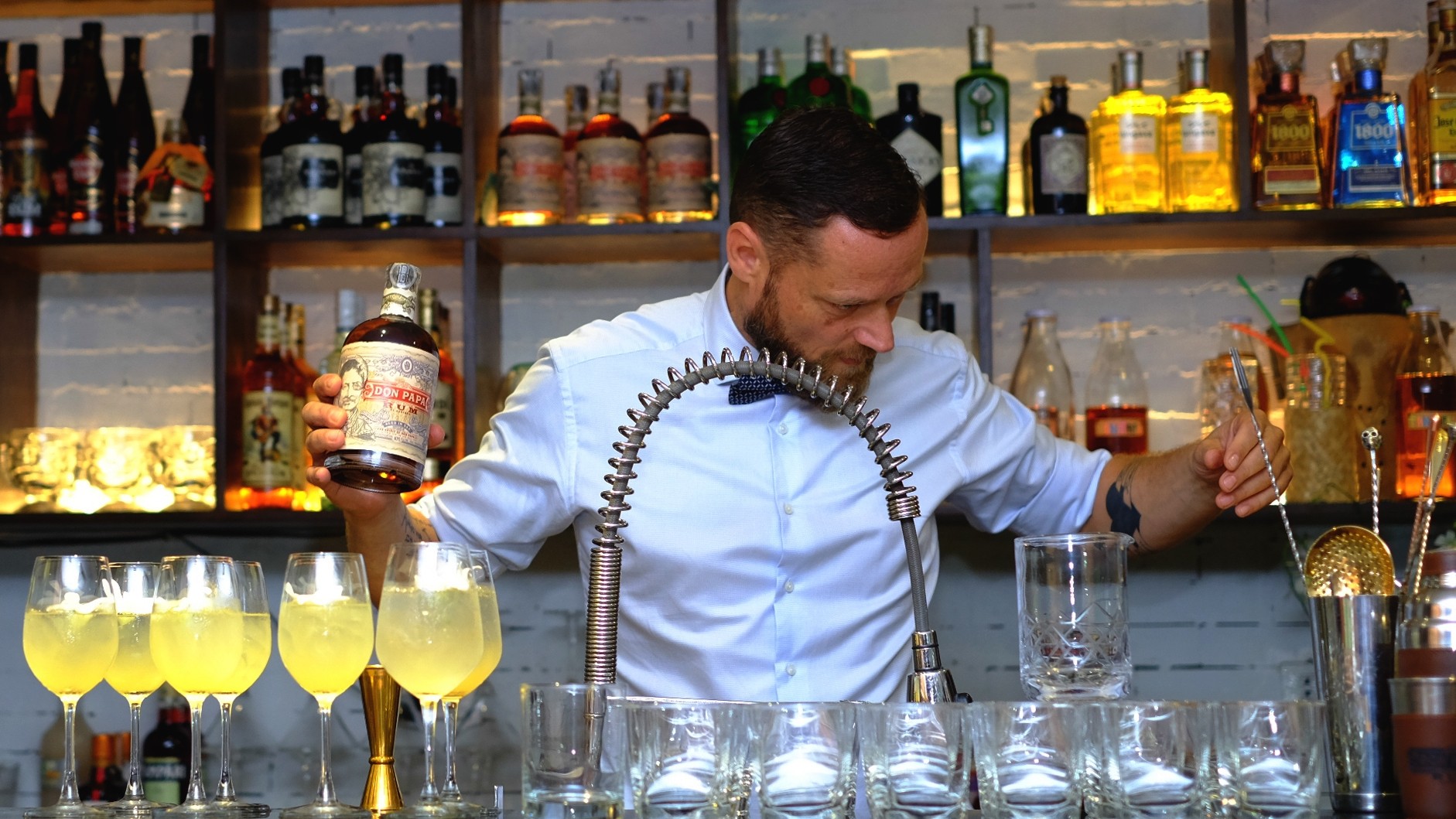 Allow me to get straight to the point: I love my alcohol, and I love being slightly inebriated—just enough for my worries to fizzle in the background and my laughter to become two notches louder. I like drinking with friends, with my family, on a date, by myself; during dinner (often during happy hour); and when the going is rough, lunch onwards.

In fact, I had just poured myself a drink—rum on the rocks—before I began to write this article, like a friend to accompany me when I hit a block. Or maybe as a reward for when I complete a trail of thought. (Drink.)

When I learned that Don Papa Rum was bringing in Michel Dame, one of Amsterdam’s finest bartenders, to teach eager drinkers the art of mixing cocktails, I quickly signed up.

At the second floor of the fairly new Papa Loa restaurant in Bonifacio Global City, I expected to learn the basic techniques of mixing, and be given secrets to combining seemingly incompatible flavors together. More than anything, I expected to get smashed.

Unfortunately for me, that did not happen.

Instead, I learned about merits of ice (dilutes and cools your drink and keeps garnishes in place), the importance of proper measurements (mixing is almost like baking), the many ways to create balance (stir, pull, and shake), and when the Old Fashioned was created (sometime in the 1800s).

It was a typical classroom lecture, attended by a dozen or so students, made interesting by drinks being passed around. “Tube ice will dilute your drink faster. So always go with cubes, without holes,” Michel advises as he makes a Dark and Stormy.

When they asked for volunteers to go behind the bar and mix a drink, I surprised myself by being first to raise my hand. Paired with another eager beaver, we went to the bar.

“What are you going to do,” Michel asks. I don’t the fuck know, we couldn’t tell him. Thus started my education. As with life, I learned you can’t be successful in cocktail class if you didn’t know why you were there, or at the very least, what it was you wanted to do.

At the very last minute, we decided to make an updated version of the Old Fashioned (cue in: evil snickering).

An immediate Lesson No. 2 appeared: even if you know exactly what to do, the bar is a very confusing place with too many good things in store. Unless you are already a professional and/or Bill Murray, forget about downing a couple of tequila shots. Instead, you should get organized and stay focused. Keep the three most important tools—the jigger, the strainer, and the bar spoon—within reach.

And so we began. In a tall glass full of ice (you should have another one to serve the drink in), we put in the two full jiggers of rum, followed by half a jigger of pandan syrup. “Add two dashes of bitters,” whispered Michel.

We remedied that seemingly innocuous mistake by adding a jigger of lime juice. He then gave me the bar spoon, told me to keep it upright, and to stir as fast as I could, keeping the spoon close to the glass. “You’ll know it’s ready when the glass begins to sweat,” he says.

The move required excellent motor skills, of which I had little. Thankfully, stirring is all our drink required. “If you decided to make a drink with cream in it, you would need to shake it. And shaking? You only shake if you really know how,” our teacher instructs.

Stirring, shaking, and pulling are techniques that bring the flavors together, yes, but they have specific purposes, too. Stirring is for drinks that don’t use thick ingredients, for example, the Old Fashioned. Shaking is to remove the curd-like particles that show up in cream-based drinks. Pulling your cocktail, a move familiar with drinking tea or coffee, thins it out.

As we started to pour our drink into another glass, Michel told us to give the drink a little height. “You’re putting on a show. Take your space and make gentle moves.” According to Michel, mixing drinks is almost like a performance. “Everybody is watching you.”

Here, he brings up a corollary: Because people are watching, good grooming and self-care are important. “If you pick your nose or touch your hair, wash your hands! It is a performance. Also, remember, you are the host, so act like it. It’s important to be presentable.”

The star of the show, though, isn’t you. It’s the cocktail you’re making, so make it worth their while. “Garnish is very important. It actually makes your drink look sexy.”

He looked at our plain Jane of a drink and decided it needed some sex appeal. He peeled a lemon, quickly curled the peel and laid it down on the bed of ice. Jesus, it made a difference.

Later, he would remind me that garnishing isn’t all about beautifying your drink. “I like to double garnish,” Michel says. “One to make my drink look better, and then other, to make it taste better.”

“It is a pity when I make a cocktail for 15 minutes and I see people guzzling it down as though it was tequila. It’s such a waste,” he laments. “People should be able to nurse their drinks.”

I tell him it’s exactly my problem. “It’s a problem that going to take a little while,” he counters. “We are impatient people. We’re always thirsty and we want to drink.”

What I wasn’t able to tell him was that his class may have just changed me.

I am myself surprised: that drink I poured when I began this article? I’m just halfway through it. 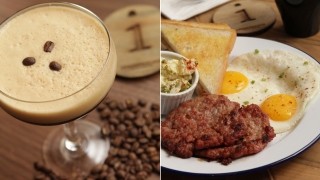 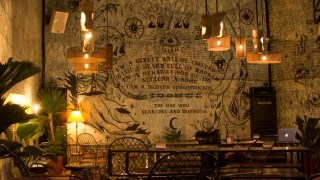 This Bar is for Adults Only: 20/20 and XX XX
All Photos
Comments
View As List