We're calling attention to the tequila makers who use traditional methods-with a few exceptions.

Americans are in love with their spirit to the south, tequila. Year after year, the category continues to grow in the States, according to the Distilled Spirits Council. Forget about , the subpar blend of agave and sugar juice that inevitably leaves you with a bad hangover. We’re talking 100-percent blue agave tequila (actually a sub-category of mezcal), which can only be distilled in five Mexican states.

The traditional method of making tequila involves harvesting agave, cooking the piñas (the heart of the plant) in an oven, crushing them with the (a large stone wheel), and then fermenting and distilling the juice and fiber. Of course, technology has advanced and some distilleries use more modern methods, replacing the with a mill or even using something called a diffuser to “cook” the agave. A diffuser is basically a giant machine that extracts sugar using hot water (and sometimes sulfuric acid). This results in what some unflatteringly call “," which is often infused with additives to boost the flavor.

Naturally, this method is unappealing to hardcore tequila fans who believe diffuser-made tequila is an inferior product. But some argue that using a diffuser actually makes tequila cheaper and therefore accessible to more people. Overall, tequila makers aren't very forthcoming about the use of diffusers, which is part of the problem—transparency goes a long way in the spirits industry.

For this list, we tried to focus on brands that use traditional methods, with some exceptions. And we couldn't include everything—even George Clooney's baby Casamigos, which was sold to Diageo for close to a billion dollars in 2017, didn't make the cut. Ultimately, regardless of whether a brick oven, stainless autoclave oven, or diffuser was used to make the tequila, it’s all about taste. So here are 12 of the most important and iconic tequila brands available right now. Try them all and decide for yourself. 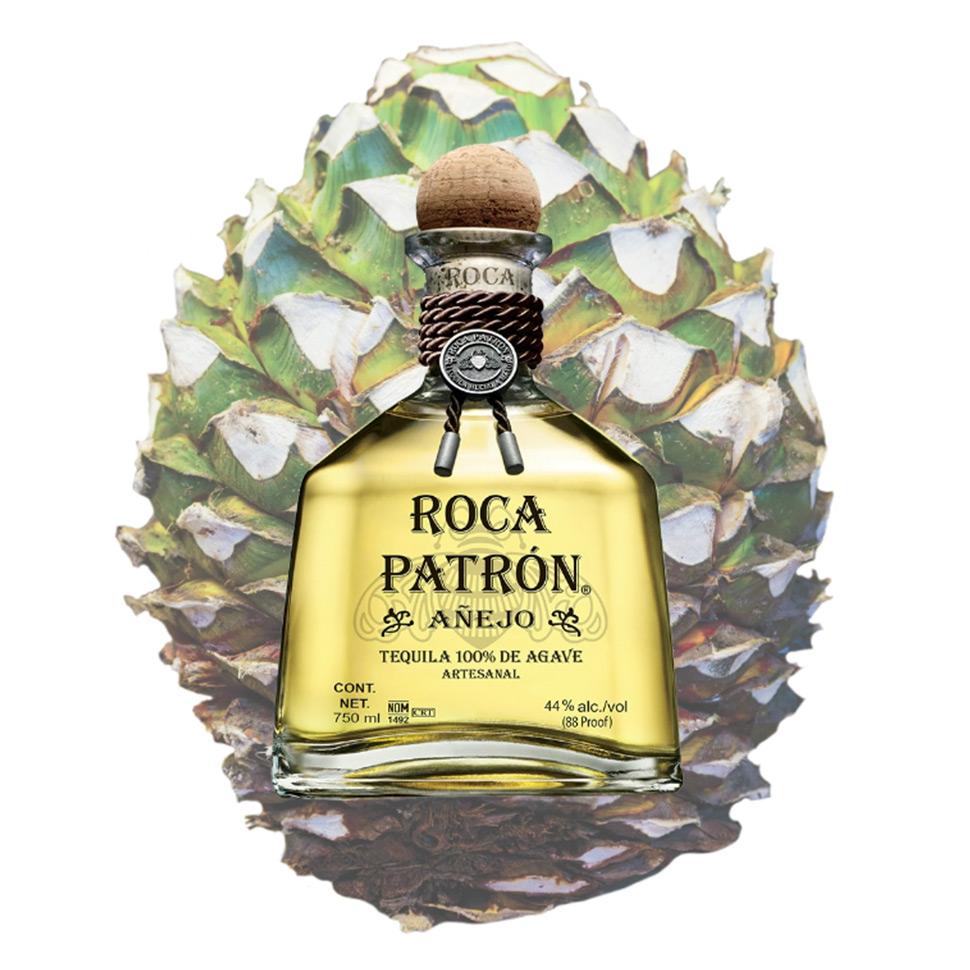 Patrón helped to define premium tequila when it launched over a quarter century ago. Everything from the bottle design to the marketing to the higher price tag was meant to reinforce its position as a higher-end spirit, and it worked. Nowadays the premium tequila category is thriving, and Patrón (now owned by Bacardi) remains one of the best, with the Roca range at the forefront. Roca differs from the standard Patrón lineup in that the piñas are crushed solely using a traditional stone instead of a mill, resulting in a more agave-forward flavor. (Patrón uses a combination of the and mill for its core range.) All of this adds up to a great sipping tequila, whether it’s the silver, reposado, or añejo expression. 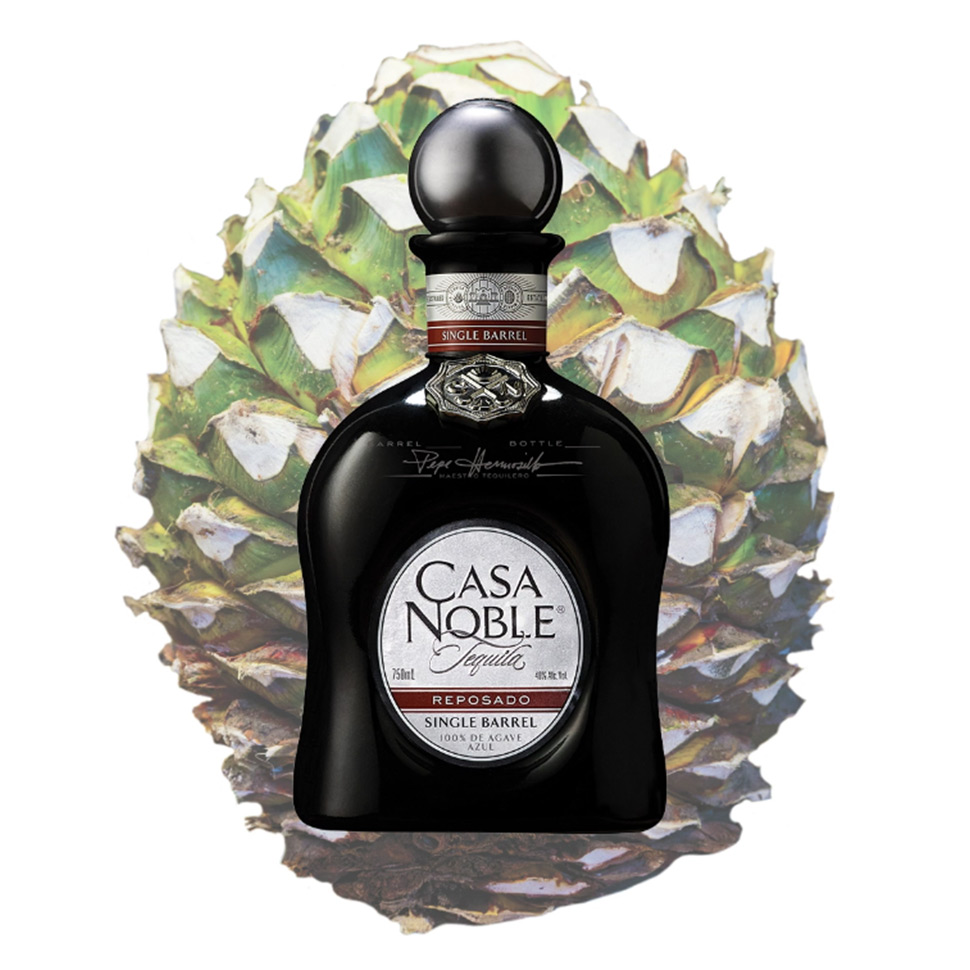 Casa Noble is one of several organic-certified tequila brands, but that’s not why it’s good. No, this is good tequila because it’s a crisp, spicy, flavorful, and very versatile spirit. There is a expression available, which is a that’s been aged for just six weeks in a barrel, something many brands don’t offer. But what really sets Casa Noble apart from the competition are its unique single barrel offerings. There are currently two available, an oaky reposado and a rich extra añejo, both of which are matured in French oak casks. While a few other tequila brands also offer single barrel expressions, Casa Noble consistently releases some of the best. 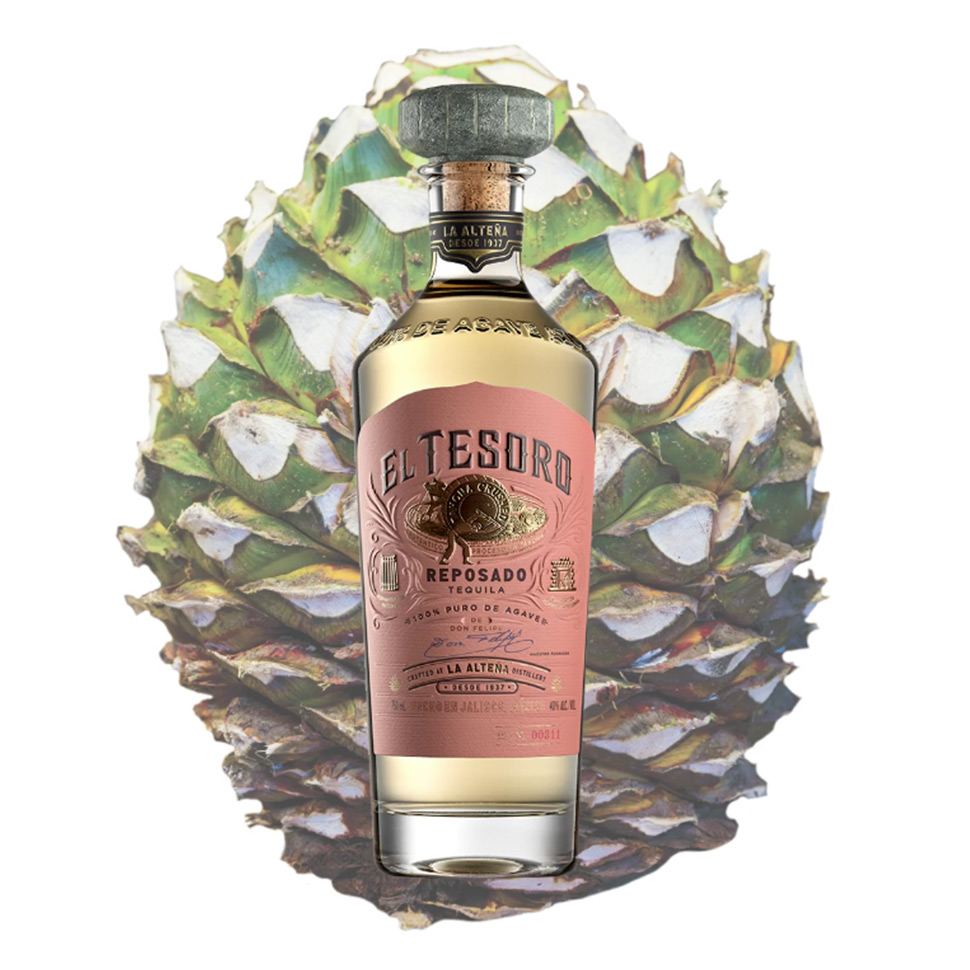 El Tesoro has the power of Beam Suntory behind it as far as ownership, but the tequila stands strong on its own with a history dating back to the 1930s. From to añejo, El Tesoro produces excellent sipping tequilas, with vegetal notes that play nicely with the sweet agave undercurrent. For something truly special, try El Tesoro Paradiso (featuring a newly redesigned label), a complex extra añejo tequila aged for five years in French cognac barrels that pops on the palate with bursts of vanilla and fruit. El Tesoro claims to be the first tequila brand to use cognac casks for maturation, as well as creating the first extra añejo in the '80s, which it called "muy añejo" at the time. 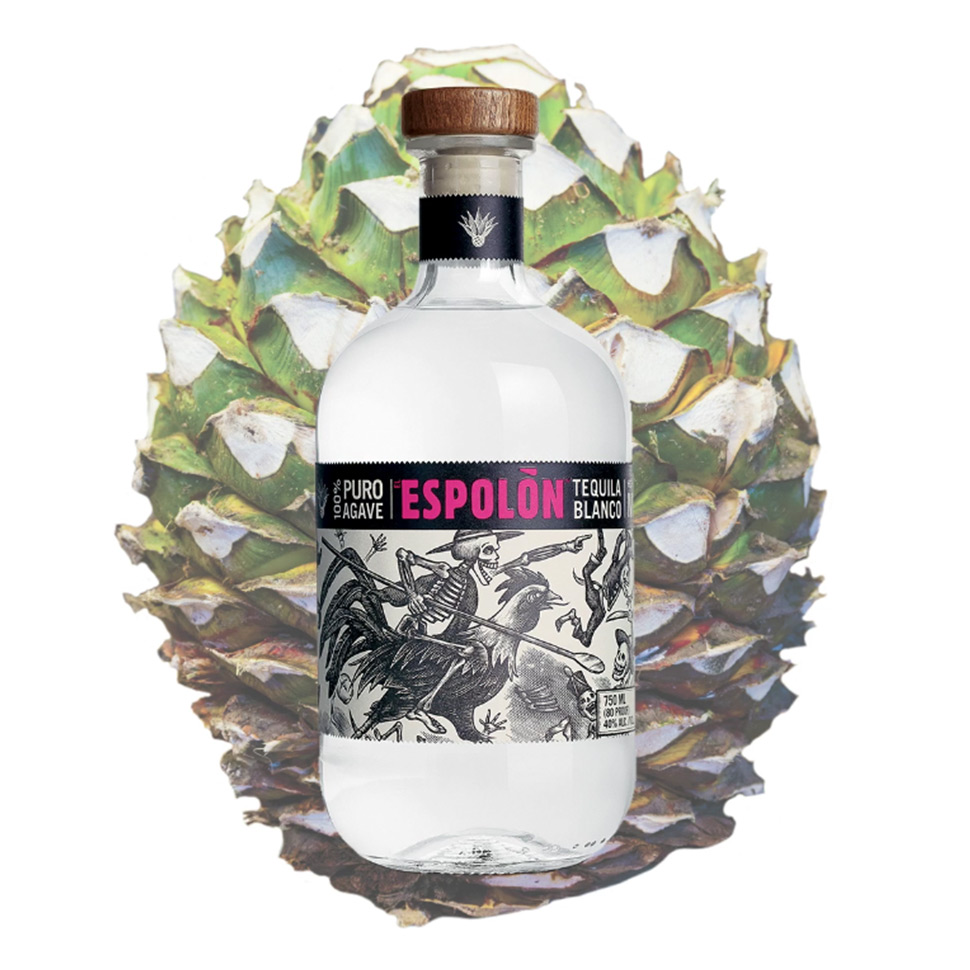 Espolòn, part of the Campari America family, is an inexpensive tequila option that still bursts with notes of agave and spice. The distillery, located in the Highlands of Jalisco, cooks the piñas in modern autoclaves instead of traditional ovens. The tequila is then distilled in both pot and column stills, and the aged expressions use smaller virgin American oak barrels with a lighter No. 2 char, although the añejo is rested for an additional two months in heavily charred barrels that once held Wild Turkey (also part of the Campari family). Overall, Espolòn is a solid option if you’re looking for a dependable tequila that doesn’t cost much. 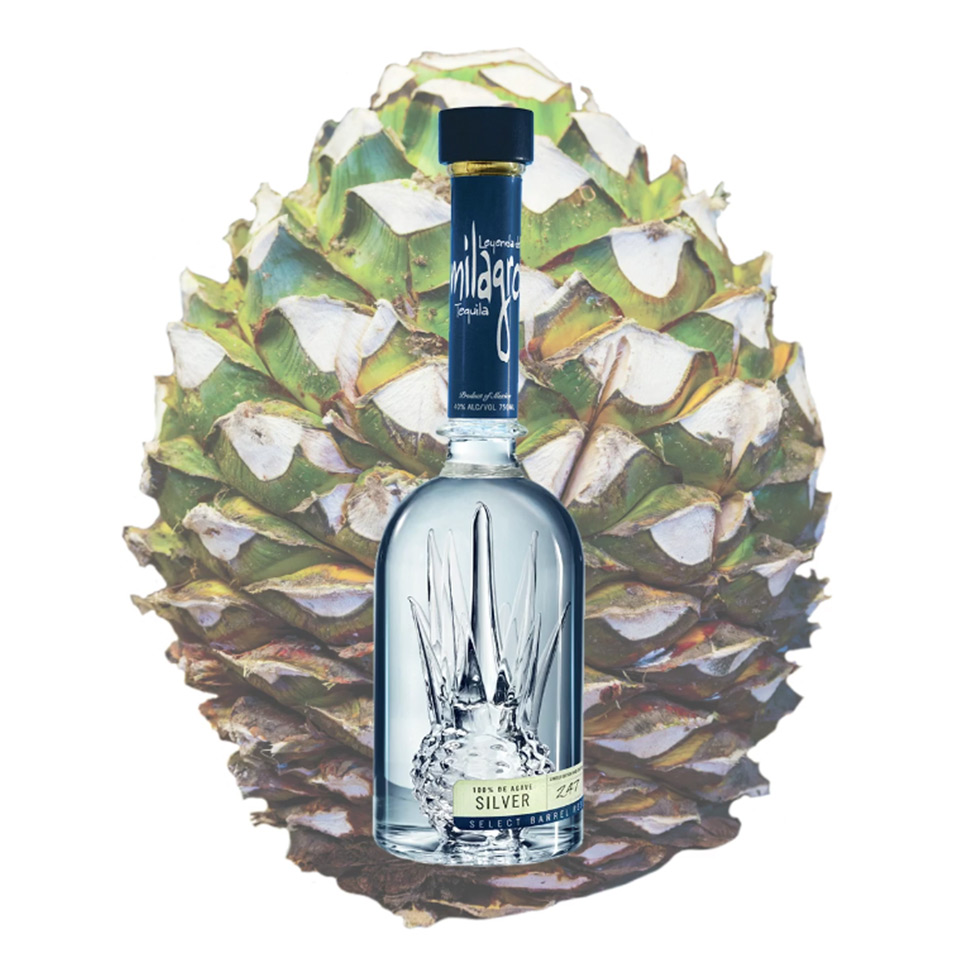 Milagro is a relatively recent addition to the tequila world, created by two friends in 1997. Apparently, they had a good amount of foresight about the future popularity of the category, and William Grant and Sons purchased the brand in 2006. Milagro bottles are instantly recognizable—tall, sleek, modern looking, and completely different from any other tequila presentation out there. The liquid within is soft and slightly floral with notes of sweet and spice. In addition to the core lineup, there’s also the Select Barrel Reserve range (aged in both French and American oak), and Unico II, a blend of silver and aged tequila that is filtered to remove the color. 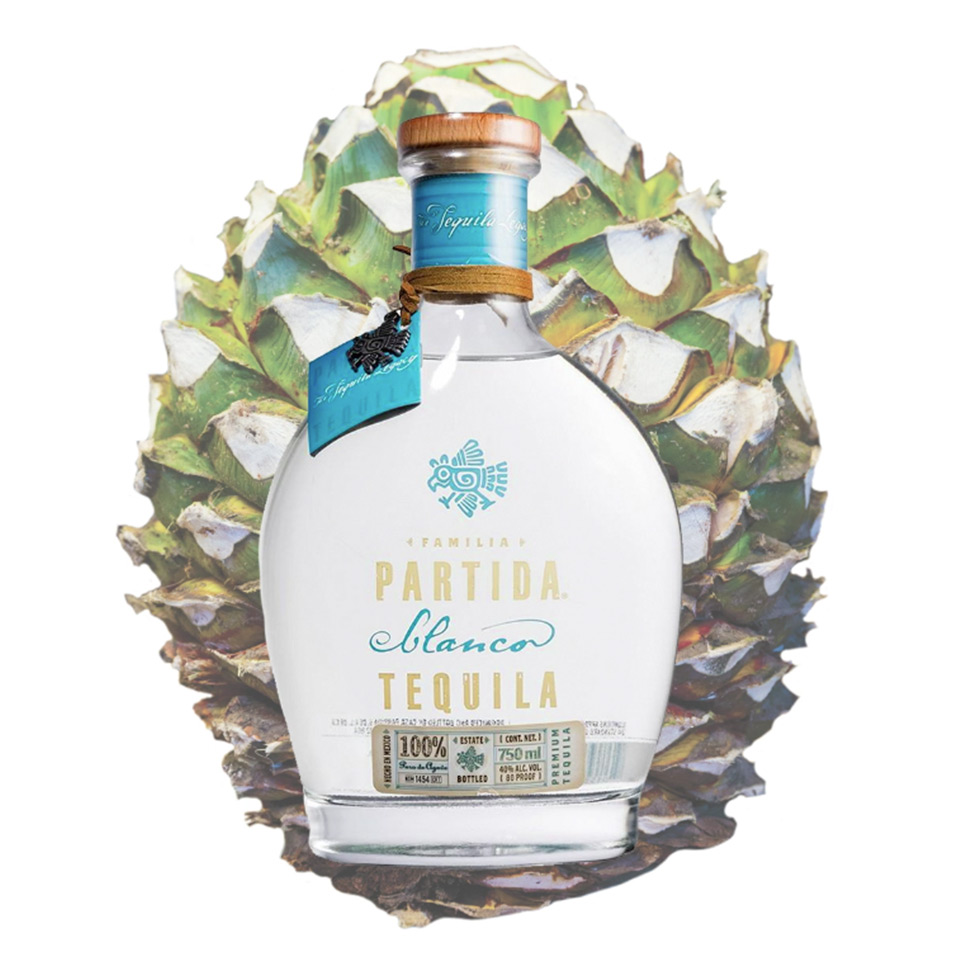 Partida, another newcomer on the scene, is named after the late agave farmer Enrique Partida. The brand came together in the early 2000s with the intention of creating another high-end entry in the premium tequila field. At the distillery, the agave is cooked in autoclaves before being fermented and double pot-distilled. It’s a lovely spirit—particularly the , which is a remarkably vibrant un-aged tequila that sips very nicely on its own and also works well in cocktails. 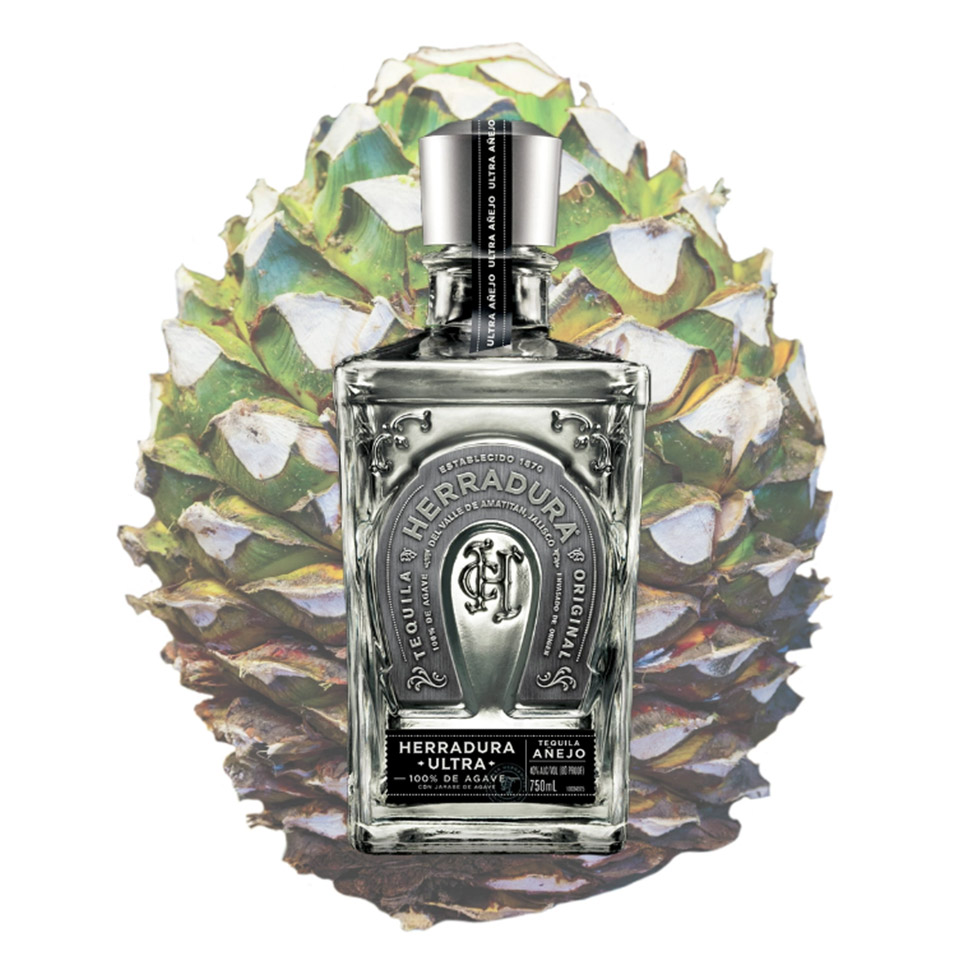 Herradura is Brown-Forman’s popular flagship premium tequila brand. Several other brands are produced at the same distillery, like the cheaper El Jimador, that rumored to use the diffuser method instead of ovens to cook the agave. But Herradura officially says that only clay ovens are used for its portfolio. In addition to the core range, there are special bottlings like the Double Barrel Reposado, which is aged for an additional 30 days in new charred barrels after an initial 11 months in oak, and the extra añejo Seleccion Suprema, which is aged for 49 months in white oak barrels. 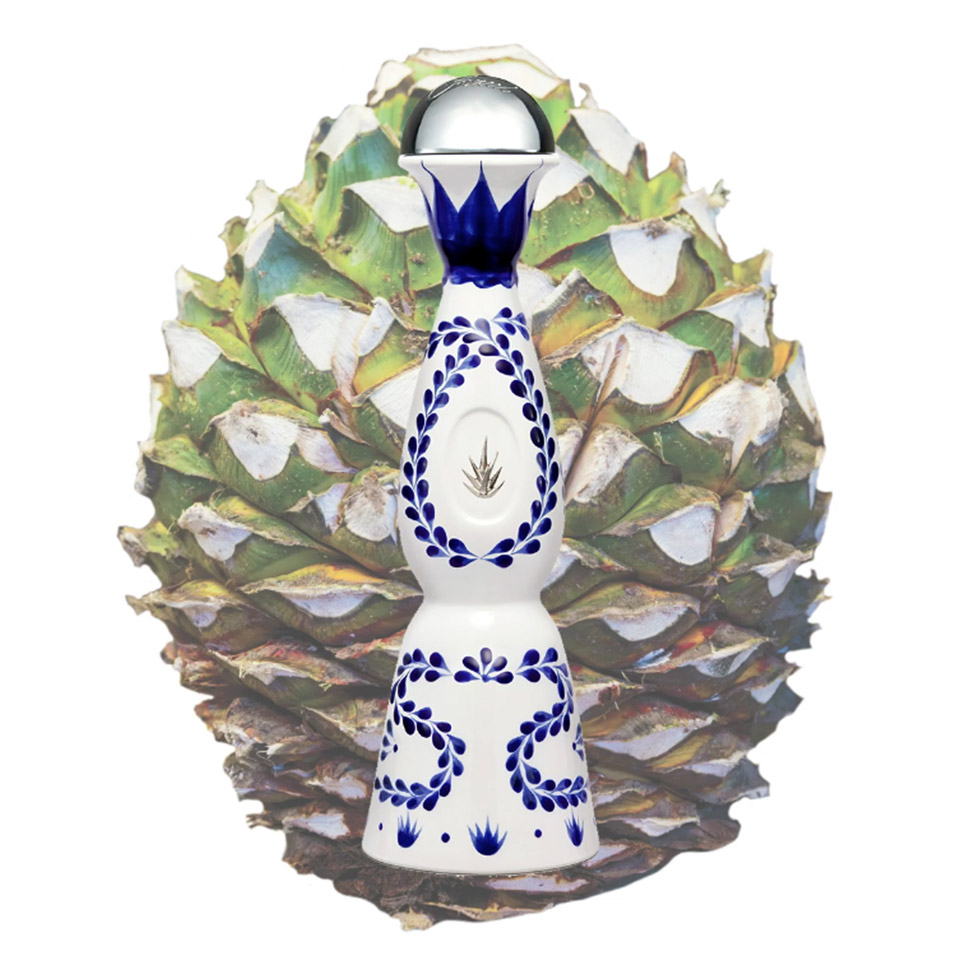 The price tag might be high, but the spirit inside the beautiful bottles of Clase Azul is elegant and flavorful. According to a distillery rep, the brand does not use diffusers, only stone ovens to cook the agave, and no additives are used to flavor or color the tequila. The bottles themselves are towering ceramic pieces handmade in the town of Santa Maria Canchesda. Perhaps that helps explain the hefty price tag, which can reach as high as $1,700 for the Ultra expression (it’s aged for five years in sherry casks and bottled in a decanter with platinum, silver, and gold embroideries). In fact, the brand encourages you to upcycle your bottle after it’s empty and turn it into a lamp or use it for the legs of a bedside table. 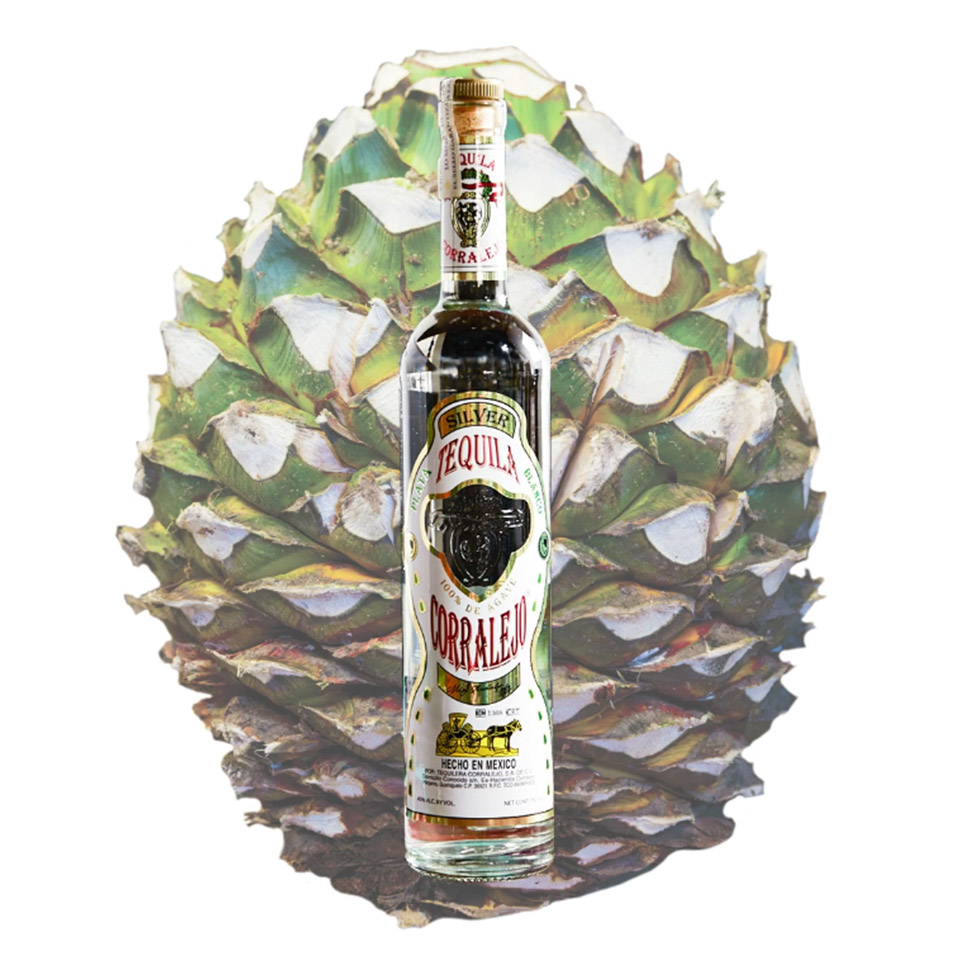 The history behind Tequila Corralejo dates back a few centuries to the founding of Hacienda Corralejo in 1755. Nowadays agave piñas are slow roasted for 27 hours before being distilled using the Charentaise distillation method, taken from the French process of distilling cognac. This basically means that the tequila is distilled for a second time in alembic copper pot stills, along with a few other details, but it’s also a nice marketing story to help set it apart. Fortunately, the tequila lives up to the hype, with the reposado and añejo aging in American oak, and a few other products like the triple-distilled reposado and some extra añejo expressions. 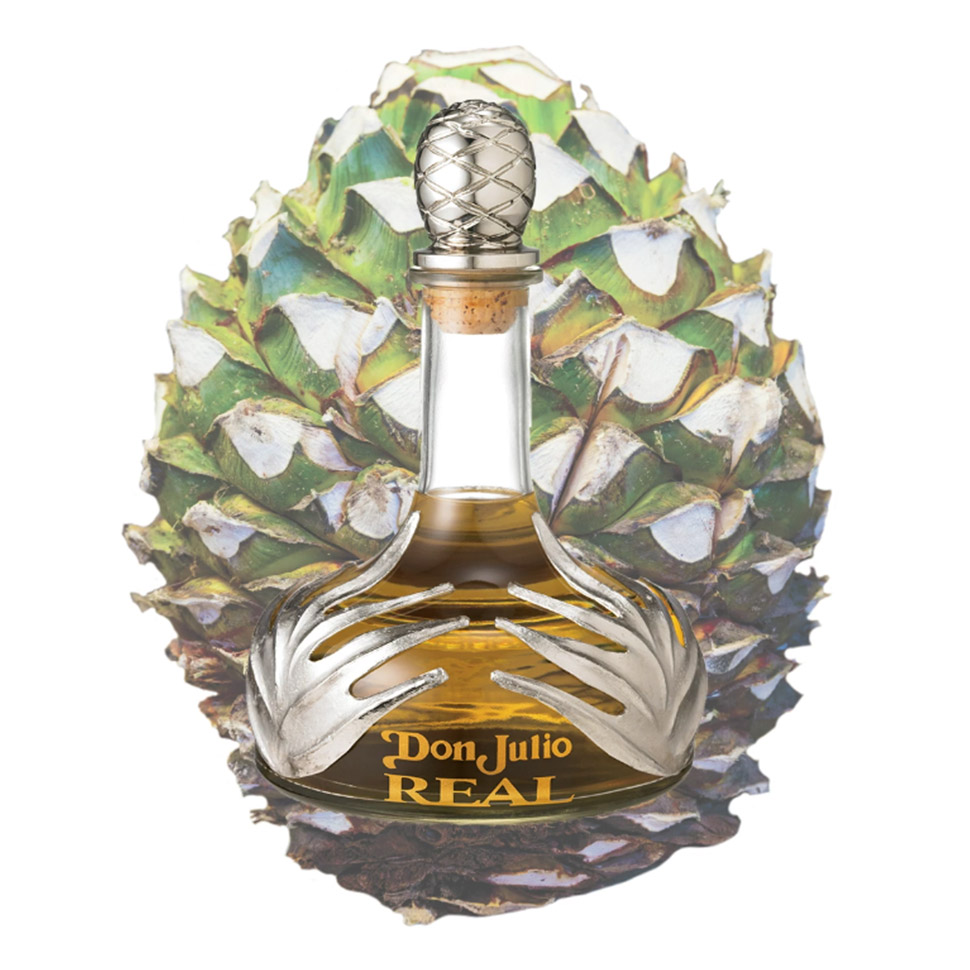 Don Julio, which is owned by Diageo, has been around for close to a century. The brand is famous for its 1942 expression, an añejo aged for a minimum of two and a half years that has become a symbol of high-end, luxury tequila—and a staple of the nightclub scene. But the rest of the range is worth checking out as well, such as the recently released Reposado Double Cask that was finished in Buchanan’s barrels. According to a statement from a brand representative, the agave piñas are “steam cooked in traditional masonry ovens for three days.” 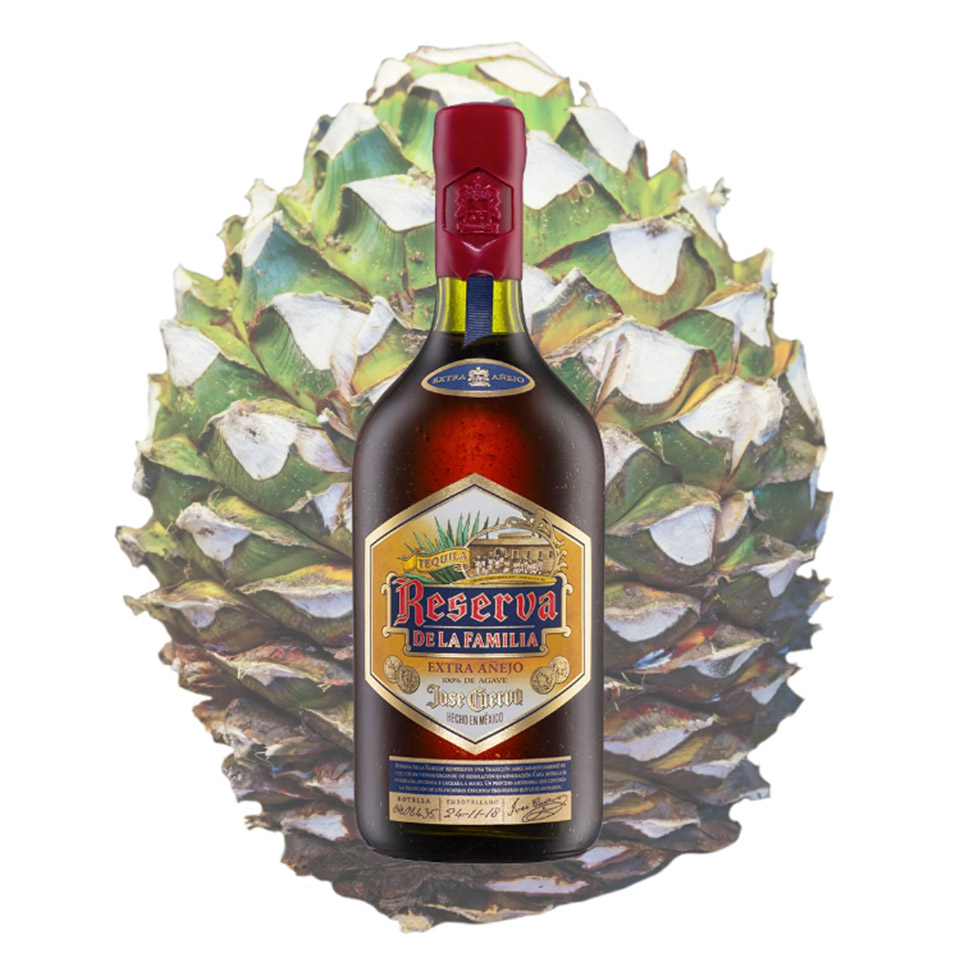 Yes, Jose Cuervo deserves a spot on this list, haters damned. The brand is enormous and has permeated the public consciousness. For many years the Especial range was the only exposure to tequila that Americans ever had. But consumers are better educated now and have hopefully moved on from and prepackaged margaritas, because Cuervo actually has some pretty good 100-percent agave tequila in its lineup, particularly the Reserva de la Familia. This extra añejo is made up of tequila that is aged for at least three years and can include liquid up to 30 years old that is “hand selected” from the Cuervo family’s “private collection,” according to the brand. The packaging is nice to look at as well, as Cuervo collaborates with a different Mexican artist each year. Give this one a try and erase those unpleasant memories for good.

Gran Centenario is an inexpensive tequila brand that is owned by Casa Cuervo and imported and distributed by Proximo Spirits. The agave is cooked using both traditional ovens and diffusers, according to the brand, to create various flavor profiles. There are three main expressions available: (aged for up to seven weeks in oak), reposado (four months), and añejo (16 months). Gran Centenario uses something called the “Seleccion Suave” process, in which it blends together newly rested and aged tequilas for some of its products. Look for distinctively earthy, almost smoky notes here that set this tequila apart. 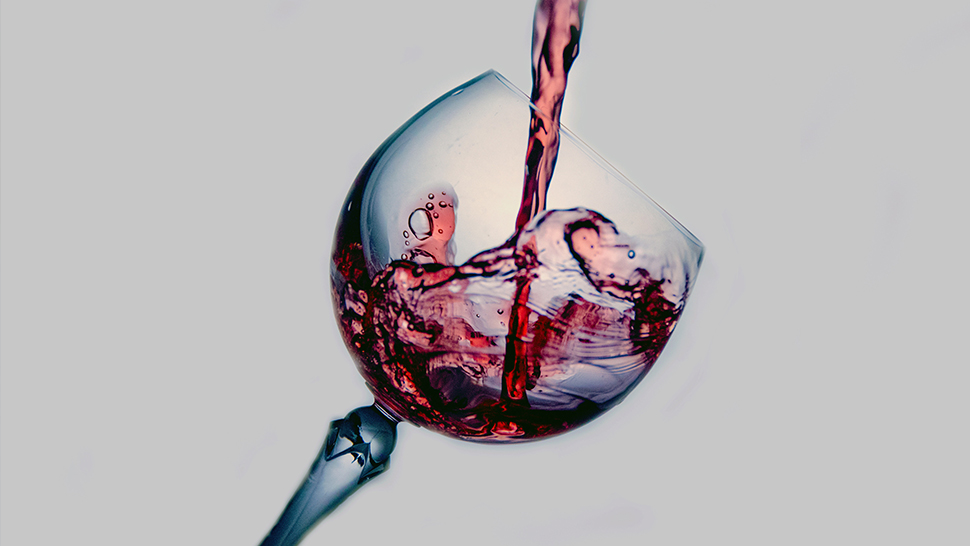