Cheech and Chang opens on September 29. 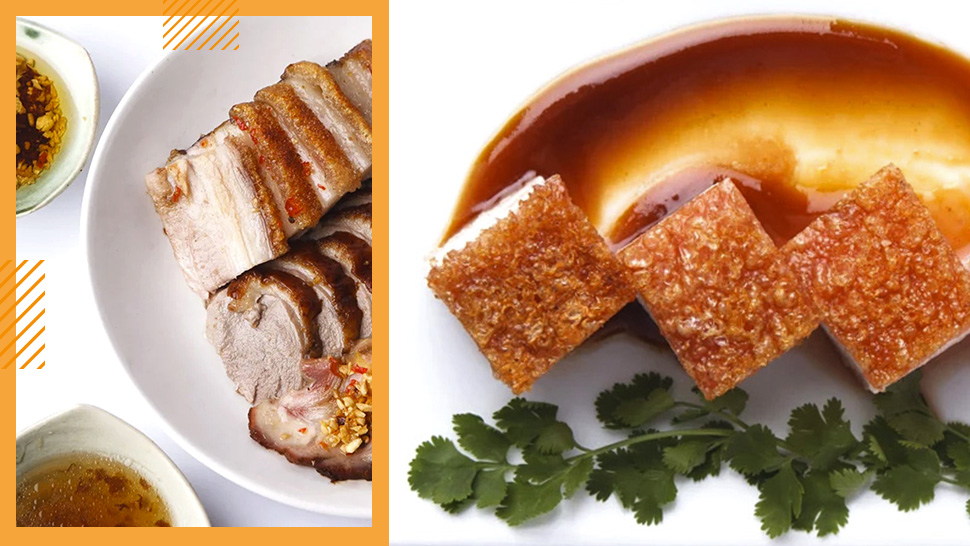 If you're a fan of '70s stoner comedy, then you'll probably get it right away. Cheech and Chang (named after comedy duo Cheech and Chong, in case you missed it) is a soon-to-open eatery in Kapitolyo featuring new ways to enjoy Hong Kong roasts and baos. You might have to meet the young entrepreneurs behind it to understand the comedy connection, but the common denominator is that you'll end up having a great time.

The story of Cheech and Chang starts with a group of worldly friends—Iñigo Uy, Miguel Munnariz, Vince Alvarado, Raf Ysip, David Yulo, Angelo Balili—who had a eureka moment and decided to open a restaurant. The fact that most of them had some sort of restaurant pedigree only validated matters. They were Poblacion mainstays who were already looking for the next best thing, and they realized they could possibly make it instead. 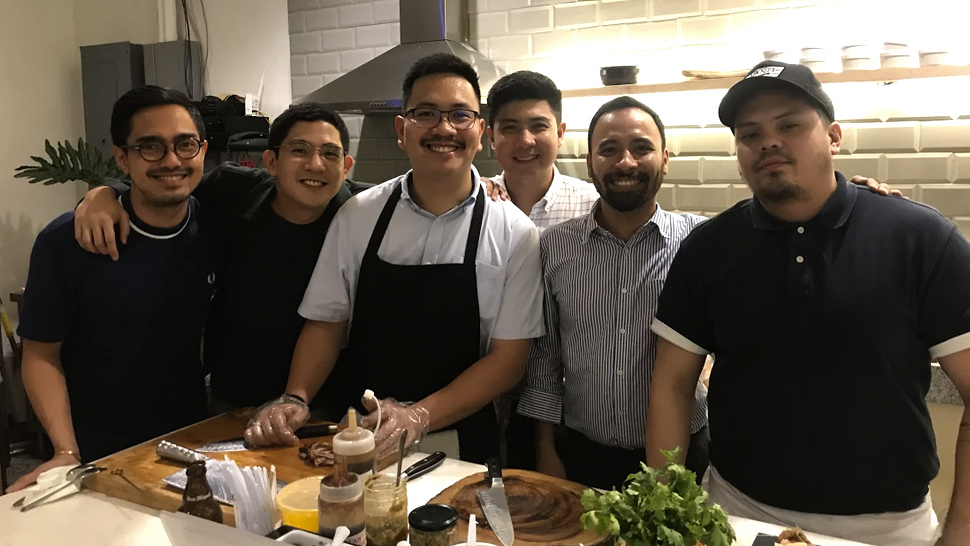 The original idea was to peddle brick-oven pizza, but after some back and forth, they ended up with good ol' Hong Kong roasts, which they felt was much more relatable especially after they revise it to a more ready-to-eat scenario.

Convenience and comfort are the catchphrases at Cheech and Chang. Duck, for example, is usually sold whole and might be too much for a lone person who has a craving for Peking duck and plum sauce. The Cheech and Chang solution: soft fluffy baos stuffed with all the good things that remind you of the beloved Chinese dish. The name might be a inside joke, but these men are dead serious. Take the bao, for example. Most places would emphasize the filling and let that do all the work, but here the pristine bun–made specially by Miguel–is soft yet impressively unyielding and impervious to its saucy contents (no messes here!). Their house-made chili garlic sauce needs to be bottled and sold separately, because you'll want to take it home. 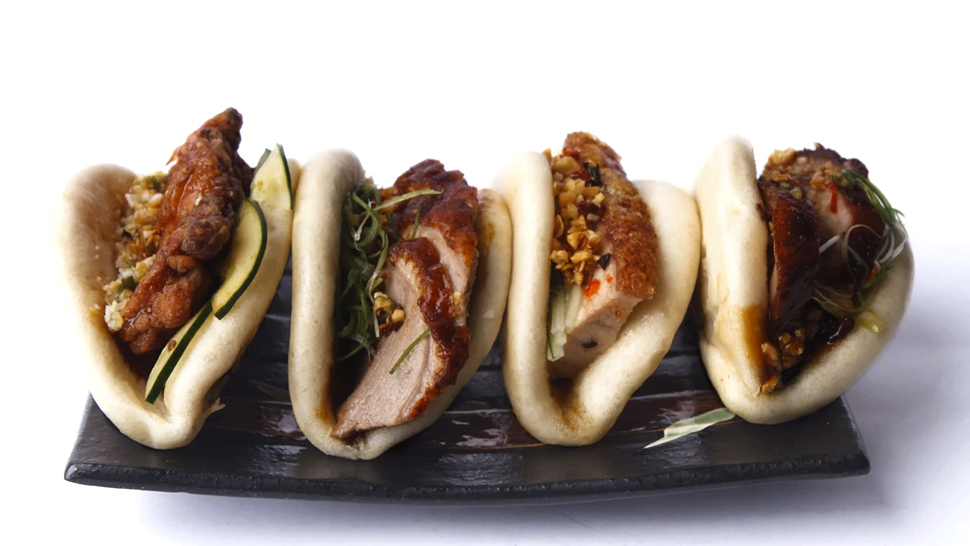 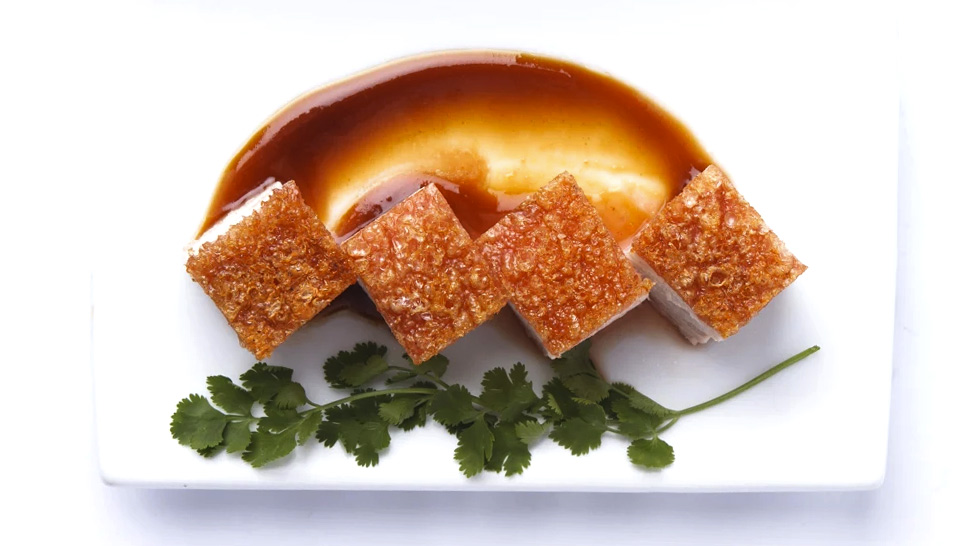 ADVERTISEMENT - CONTINUE READING BELOW
Recommended Videos
A peek of their Hong Kong roasts IMAGE: courtesy of Cheech and Chang 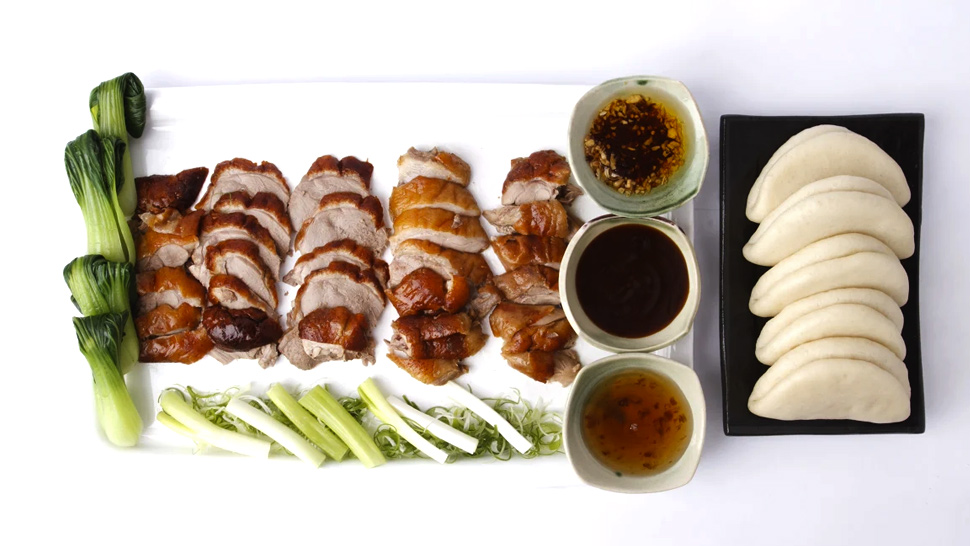 Your new party tray: do-it-yourself buns. The team makes sure to balance each bun with the right amount of sauce and greens. IMAGE: courtesy of Cheech and Chang 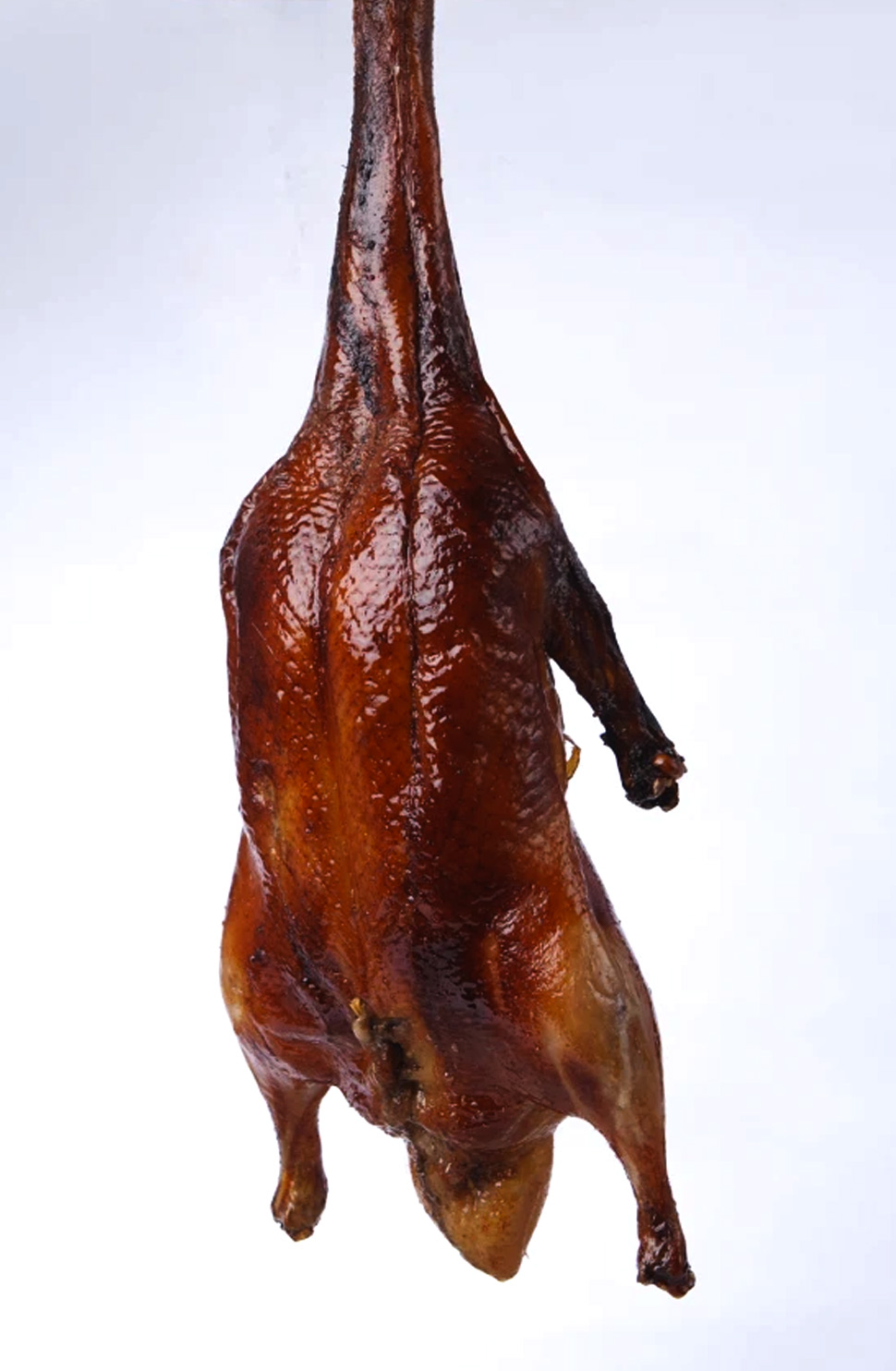 The duck is marinated for five days. IMAGE: courtesy of Cheech and Chong 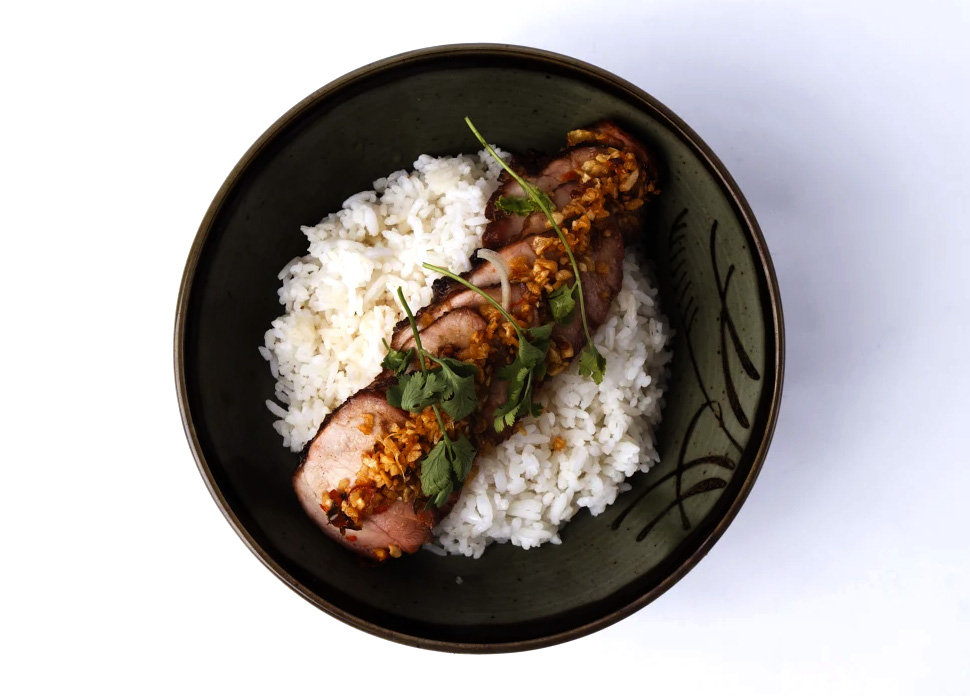 ADVERTISEMENT - CONTINUE READING BELOW
Cheech and Chang has these quick lunch bowls that they've made appealing to nearby residents and the soon-to-rise office spaces. IMAGE: courtesy of Cheech and Chang

Other options include fried chicken, which will predictably be a bestseller, and a crowdpleasing charsiu. The duck, chicken, and pork are also available with rice and in takeaway platters. Iñigo also took inspiration from other Asian favorites like dandan noodles, Hainanese chicken rice, seafood rice, and one that's particularly sentimental to him the bak chor mi. "I worked in Singapore for a while, and one of the noodle dishes I tried there was bak chor mi. It's a simple minced meat noodle, so comforting, but it's something that's too much to do at home," he explains.

The goal is to eventually integrate themselves into the Kapitolyo crowd—though they ironically opting for a location away from the hustle and bustle of other establishments in the area. Once they've settled in, there are also plans to launch a gin and tonic bar. High volume conversations, great music (David moonlights as a DJ while Angelo is the group's designated hype man), delicious, food, Cheech and Chang knows the formula to a good time is an uncomplicated one.

View More Articles About:
going out
dining
restaurants
More Videos You Can Watch 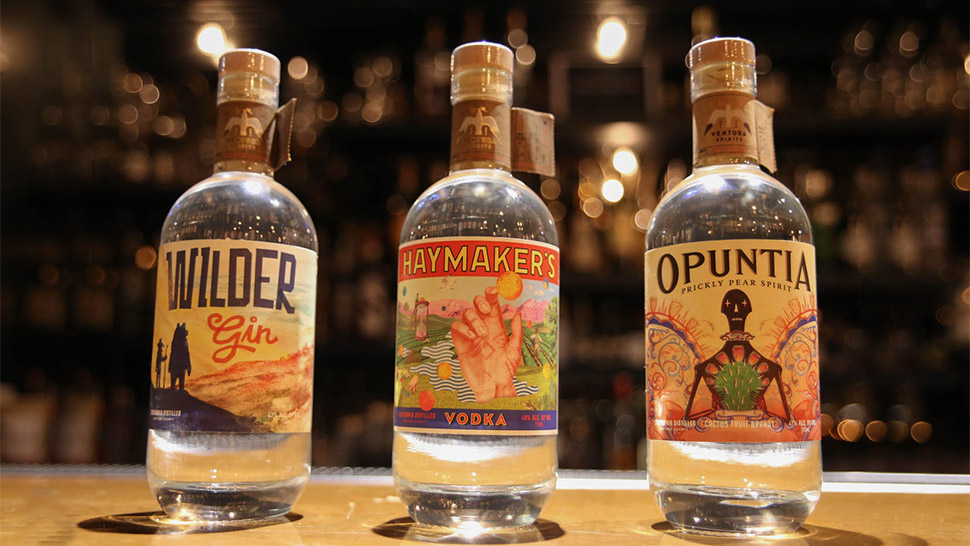 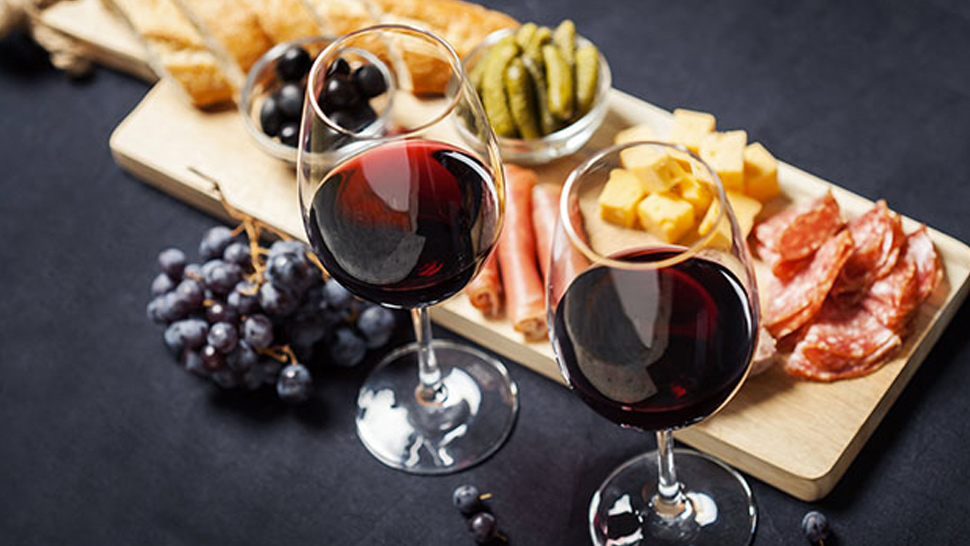 Happiest Hour: Where to Go For a Night Cap in Metro Manila
All Photos
Comments
View As List