On getting well and truly blootered in Singapore. 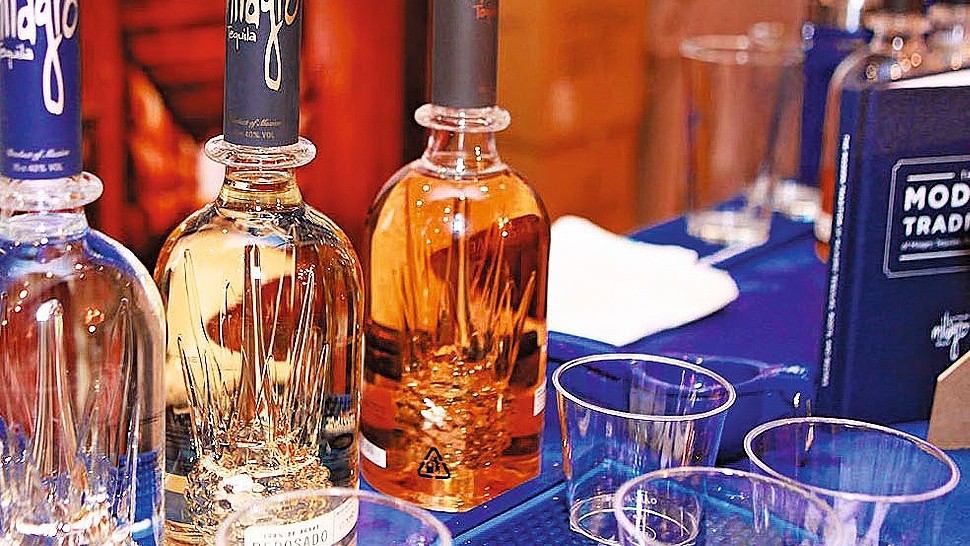 When one is asked to go have a drink at a venerable hotel like the Raffles in Singapore, it’s something—like an offer from Robert de Niro—you can't refuse.

The Raffles is an exceedingly good place to go for a drink, especially if you are a writer; the hotel is home to the fabled Writers Bar, after all, named to honor the long roster of writers who have gone there to nurse their raging cases of alcoholism.

So, on the invitation of William Grant & Sons, I found myself on the Friday evening after-work flight to Singapore—the second-farthest distance I’d ever traveled specifically for a drink. Now, if I were to be adopted by a family, I’d like for it to be by the Grants. More than the Jolie-Pitts, even! Because the Grants are heir to a large and increasingly interesting portfolio of spirits, with a number of whisky labels, including The Balvenie and Glenfiddich, which bring respect to the house of Grant; but also newer spirits like Milagro tequila and the newly favored Hendricks gin.

Meeting the Grants and their liquors was going to have to wait till the next day. Upon checking in to the hotel, I was handed a handsome wooden traveling case by the clerk. Oh goody, samples! I thought. 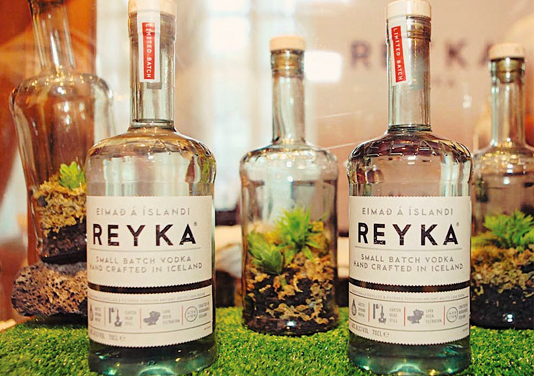 Milagro tequila is for sipping and savoring, not for fueling behavior that you will regret the next morning and the rest of your life.

It was not. In my room, I opened the case to find that it was The Gentleman’s Guide to Not Getting Blootered. “Blootered,” the accompanying literature explained, being the Scottish term for what traditionally happens when you have more than, say, five fingers of whisky. The case contained a number of small, faux-artisanal packages wrapped satisfyingly in brown paper. Upon closer examination, they were found to contain folk remedies for inebriation: a eucalyptus inhaler (to sniff), a handful of coffee beans (also to sniff, and to brew), a spool of red line (to walk upon), the Chinese remedy called Three Legs Cooling Water (to chug), and some yeast (did not read what for). I was disappointed to find that the pile of greasy American food also mentioned in the literature was not included.

The event William Grant & Sons were hosting was called Whisky Live Singapore, and it was not, as one might imagine, an elegant affair in the iconic hotel. It was a tasting event for scores upon scores of whisky brands, gathered in the hallowed halls of the Raffles, along with a similarly impressive list of emerging liquor brands, housed in another wing.

The one-day festival was less about snooty connoisseurship than it was about convivial, amateur, enthusiastic appreciation, just bordering on outright alcoholism. The doors had opened in the humid Singapore midmorning, and in a few hours, the place was happily buzzing, and buzzed. For once it was not a bad thing: “brand ambassadors” called people over to their tables, pouring generous samples into our tasting glasses. Scotch whiskies, Irish whiskies, Japanese whiskies, bourbons, single malts in the Whisky Hall; rum, tequila, vodka, gin, in the Spirits Room. Scores of brands. Mountains of bottles. Cascades of liquors! I was, as a friend once observed, like a kid in a liquor store.

There were spittoons for serious tasters, but spitting up liquor goes so much against my nature; I instead strategized which tables to stop by. Yamazaki (admittedly, not a William Grant brand) was the darling of the common floor, seeing as how they were only a few weeks away from being bagging the top spot in the holy Jim Murray’s Whisky Bible, but I had to pass it up in favor of the labels I’d never tried.

Also new to the William Grant stable was the Hudson Whisky range, produced out of New York state. If you’re the kind of man who enjoys going to the new generation of “speakeasies” (in quotation marks because they all have liquor licenses), you will enjoy the rough, made-in-a-bathtub quality of this charming descendant of moonshine. 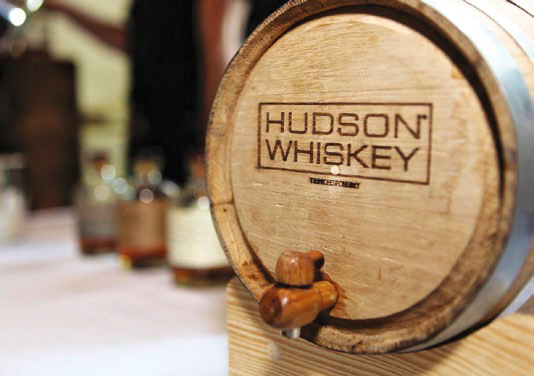 Hudson Whiskey comes from a site that used to contain two granaries, which were converted into the first whiskey distillery in New York State since Prohibition.

Over in the much smaller Spirits Room, however, were some stellar samples. Hendricks, newly launched in the Philippines (but a favorite of bartenders for a while now), proffered beautifully made cocktails that highlighted the cucumber and rose flavors of the gin. The portfolio’s Milagro tequila has a small selection of select bottle reserves that should make for a great introduction to fine sipping tequilas for frat boys and heathens who otherwise know tequila only as that burning taste in one’s mouth that precedes a great deal of being sick. 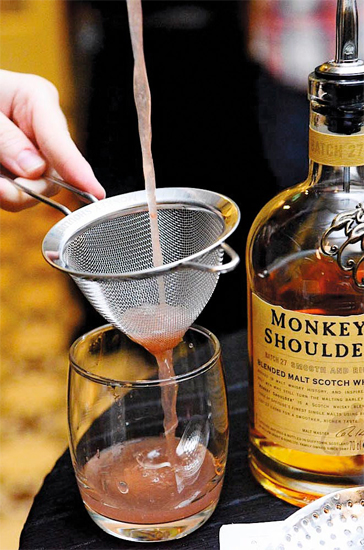 Reyka vodka is gentle and smooth and our writer drank far too much of it.

Reyka—not yet available in the Philippines, much to my dismay—was a vodka that came with a story: Made in the first, and still the only, distillery in Iceland, Reyka was made with “the purest Icelandic spring water from the nearby Grabök Spring” and filtered through “lava rocks from the Icelandic landscape.” One would like to be able to scoff, but Reyka is as gentle and smooth as no other vodka I’d ever experienced.

In a few hours, I was on my way to getting well and truly blootered, so I paused to take in the happy irony that Singapore in particular, and Southeast Asia in general, was the emerging market for whisky and other spirits. Singapore had just raised its already-steep liquor taxes another 25 percent just last February, but here we had a good portion of its residents happily finding new ways to fund the government.

Everywhere, too, the brand ambassadors for the different global brands were talking about their excitement at entering the Asian market—thanks to the growing buying power of its citizens, one presumes. But we are also the global capital for developing that sickly red rash, aptly called the Asian Flush, that signals the alarmingly efficient way our own bodies are poisoning us.

Nevertheless, this was the third Whisky Live event in as many years, with talk of having similar events elsewhere in Asia. The Philippines—in case anyone missed it—is a multibillion-dollar market for liquor. We’re responsible for producing our own delicious sources of drunkenness for the most part, but we are increasingly more aware of the wide world of fine liquors out there. And so, as I helped myself to another Hendricks gin and tonic, I thought: Take my money, you fools.

This article originally appeared in the February 2015 issue of Esquire Philippines. Minor edits have been made by the Esquiremag.ph editors. 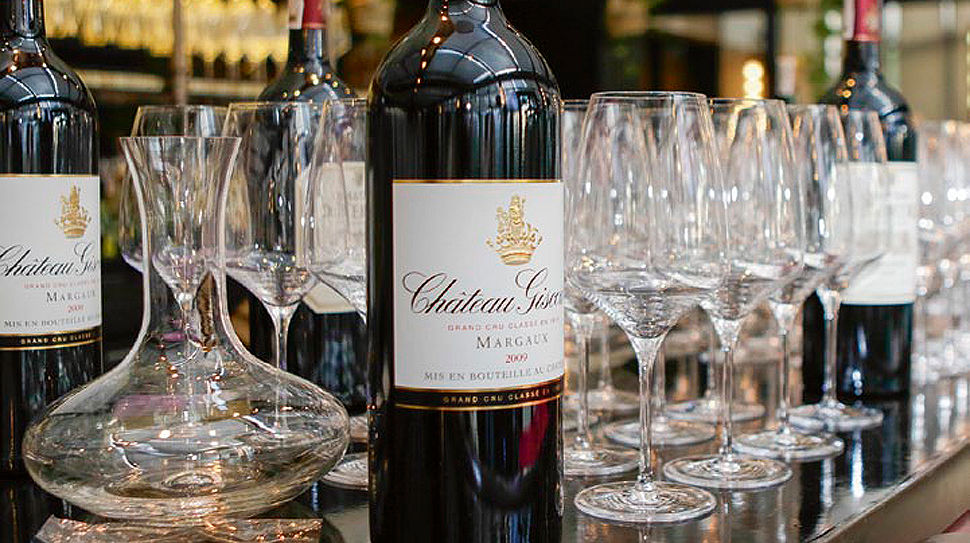 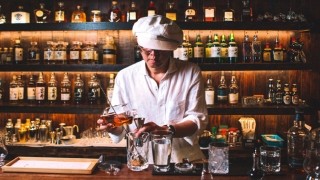 Serious Moonlight: A Guide to Getting Lit at Lit
All Photos
Comments
View As List