How to Order Drinks When Someone Else Is Paying 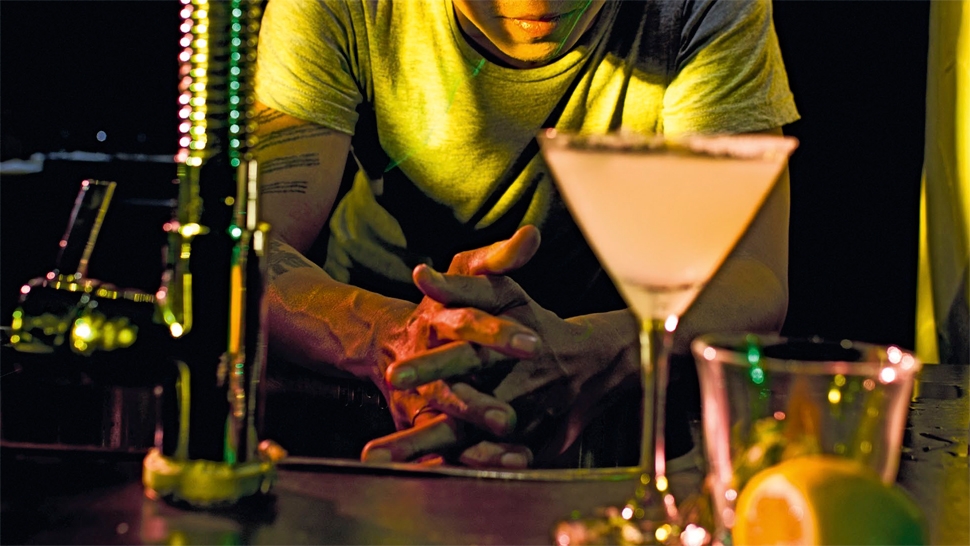 There is no more beautiful phrase in the English language than: “Next round’s on me.” But if there’s no such thing as a free lunch, there’s no such thing as a free drink either. You still need to know how to navigate a potentially tricky situation that could quickly turn disastrous. Give the wrong answer to “What’ll it be?” and you could look like a greedy dipsomaniac.

Luckily, over all these years, I’ve become pretty adept at knowing what to order when someone else is buying, whether that someone else is a relative, in-law, close friend, love interest, or employer. Here's my advice if you're with...

YOUR PARENTS
What to order: Nothing that makes them realize you’re a drunk.

No matter how old you are, no matter how strong your finances have become, when Mom and Dad take you out for dinner, you know they’re still grabbing the tab. That's good and bad. Good, because you can get the surf and turf stuffed with bone marrow and topped with foie gras. Bad, because Mom will give you an askance glance if you drink like you normally do. Discreetly tell your waiter to bring you doubles of a clear mixed drink (like gin and tonic); it’ll blend in and go unnoticed until the bill comes. By then it’ll be too late. 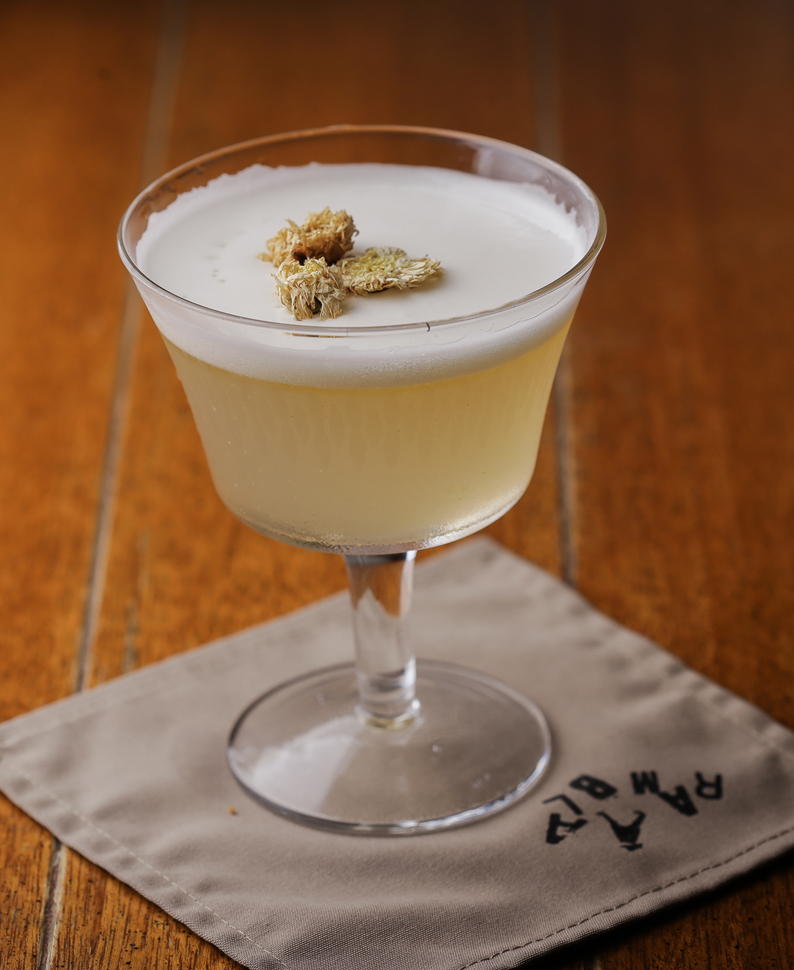 YOUR IN-LAWS
What to order: Whatever they’re having, and as much as, too.

In-laws (or your partner’s parents if not married) are similar to your folks with one crucial exception. While they too will likely pick up the tab, they will also be way more judgmental as to the boozing levels of their cherished offspring’s significant other. Thus, let them dictate what you’re drinking. If they’re wine people, you’re drinking wine and letting them pour each glass. If they prefer beer, go round-for-round. If they’re Mormon teetotalers, sneak off to the bathroom and hit your flask hard.

Give the wrong answer to "What'll it be?" and you could look like a greedy dipsomaniac.

YOUR BOSS
What to order: One drink and one drink only.

I know, you have a “cool” boss. It’s still your boss. Have one drink and get the hell out of there before you commit a fireable offense. Unless, however, you’re a herculean drinker able to keep your wits no matter what. Drinking alone with the boss ’til last call could curry favor, lead to you learning workplace secrets, give you blackmail ammunition if the head honcho is a lightweight, and ultimately carry over to the next day at work when you commiserate at the coffee machine about your respective hangovers. You’re in!

YOUR BEST FRIEND
What to order: Whatever he or she suggests.

Friends should buy each other drinks on occasion, whether to celebrate a birthday or an engagement, to cheer the other up over a breakup or lay-off, or simply as a casual, “Hey, I’ll get this one.” In most of these cases, it’s fine to order your usual. (And then pick up his or her “usual” next time.) If it's a bulk order, drink whatever he or she suggests: split a pitcher of cheap beer, sip on some Pappy, or take shots of Fireball, because your best friend is still in high school. 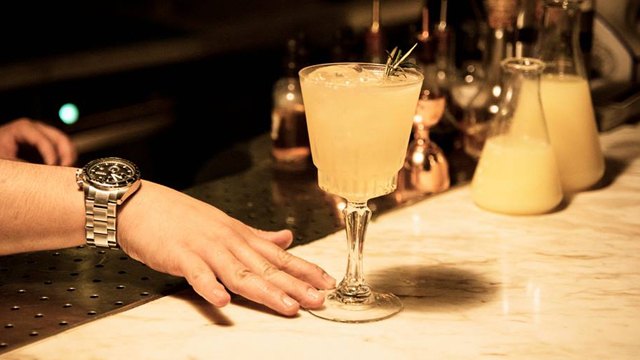 YOUR FRIEND WITH HIS COMPANY CARD
What to order: Whatever he’ll let you get, without screwing up his expense report.

A friend arrives in your city “for work” and wants to meet up and, even better, has the company AmEx. That doesn’t necessarily mean you get to go buck wild. Let him tell you what you can order, and how much of it too—i.e., “I can expense $100 between us tonight, but no hard liquor.” Of course, if his accounting department ever contacts you, yes, you are indeed a “potential client” and, yes, you are thinking about giving them all your floor tiling business (and whatever other lies your friend told to explain away those P3,000 glasses of Yamazaki 18 on a receipt timestamped 3:17 a.m.).

YOUR FRIEND WITH HER COMPANY CARD WHO HATES HER COMPANY OR IS LEAVING SOON
What to order: Whatever a Roman emperor would.

Treat the night like you’re drinking through your friend’s severance package. Ultimately, it might be all she gets.

A COMPANY WOOING YOU FOR YOUR SERVICES
What to order: Something pricey.

Exactly how much do they want to be in the you business? You should already know by where they’ve chosen to take you for drinks. A faux-Irish pub, get real. A dark and moody hotel library bar? Giddy up, and, yes, I'll have another glass of that 1970 Armagnac, gents. 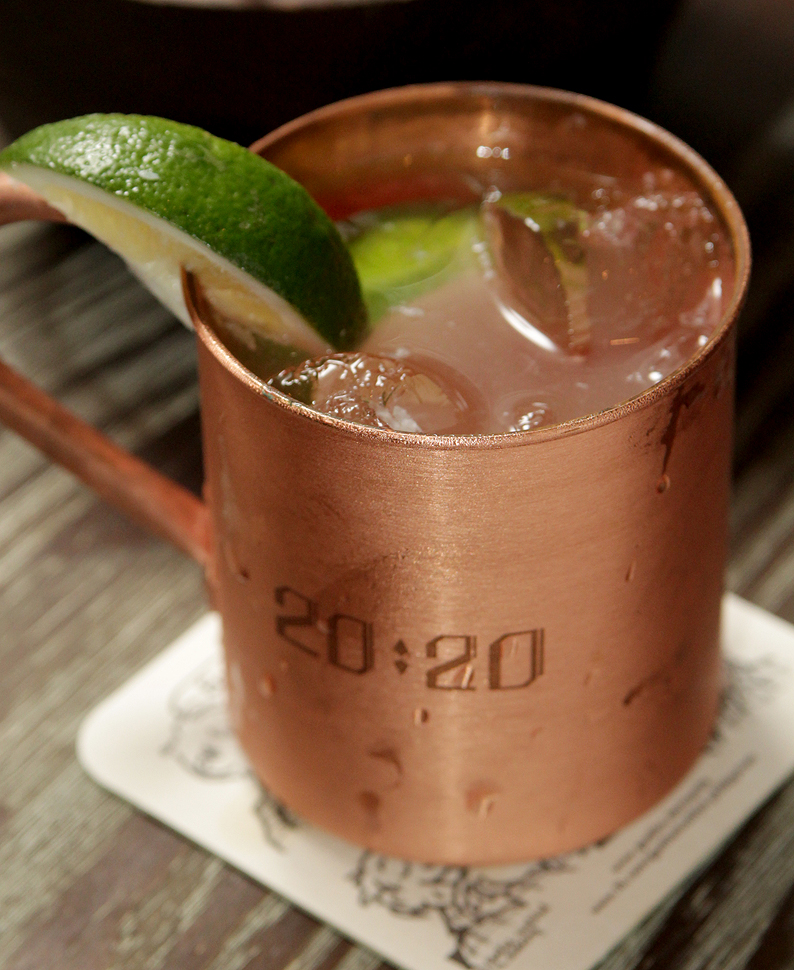 A ROMANTIC INTEREST WHO IS 'TREATING'
What to order: Something you can share.

Dating mores have quickly changed in this modern world, and all I'll say is the kinds of people who have very strong opinions about who should pay on a date seem to rarely have dates. But if you know the other person is paying, whether it’s your first date or 50th anniversary, why not order something you can share? A decent bottle of red wine. A carafe of sangria. And nothing feels more intimate, more romantic, than an ostentatious tiki drink—two straws!

A PERSON WHO BOLDLY STATES TO A LARGE GROUP, "IT'S ON ME!" BEFORE ANYONE HAS ORDERED
What to order: Something super expensive, but...

There are few people worse than the show-off who tries to impress a large group—usually none of whom are his close friends—by boasting you all should order whatever you want because: “It’s on me!” He’s not only trying to get a full night of back-slapping thanks for his generosity and deep pockets, he’s trying to cleverly curb your ordering since he knows you’ll have the decency to not stick him with something too expensive. Instead, go ahead and order a pricey scotch, something that will make him sweat. A real class act waits until after the bill has come to pick it up, and usually does so discreetly. Which is what you will do, if you have the liquidity, completely one upping the show-off. 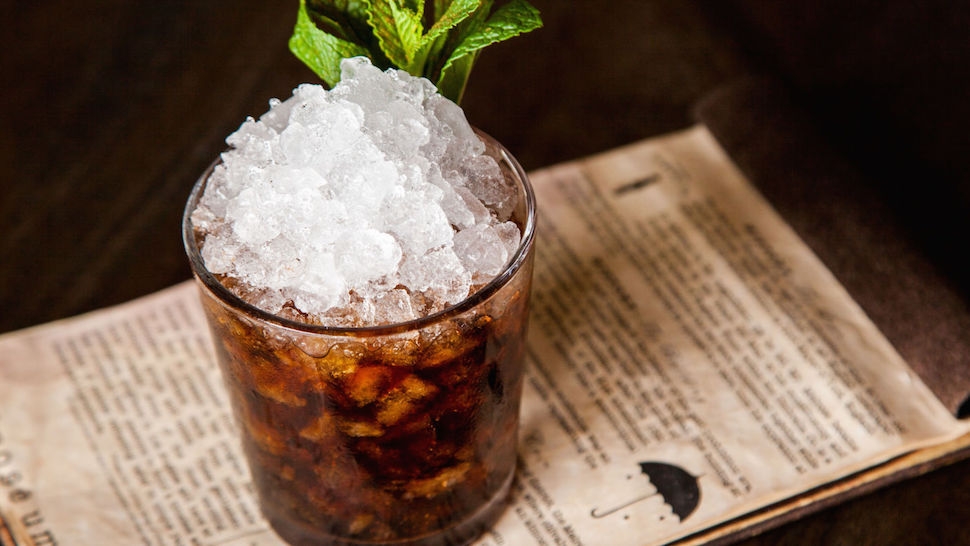 How to Turn College Spirits Into Grown-Up Cocktails 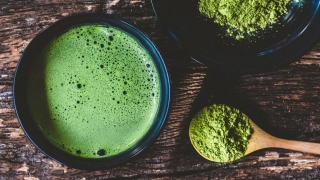 Are You Ready to Put Matcha in Your Cocktail?