At a spritely 40 years of age, one would not picture Lee Watson as the wise sage and pioneering beverage expert responsible for the most famed drinking establishments in the country. He does admit he serendipitously came back to the Philippines at just the right moment in 2012, when the beverage market was evolving into one seeking “quality over quantity.”

The half-Filipino Oregon native (who also lived some of his early life here, studying at La Salle Greenhills, then moved back Portland to study Physics and Economics in college, then HRM at Le Cordon Bleu) has worked at some of the more serious and legitimate cocktail bars in America which afforded him the knowledge that came in handy upon his return to our shores.

His huge break came when he was hired as beverage manager of Solaire Resort and Casino in Manila and given the monumental task of setting up its massive bar program.

Lee Watson was behind some of Manila's award-winning bars. 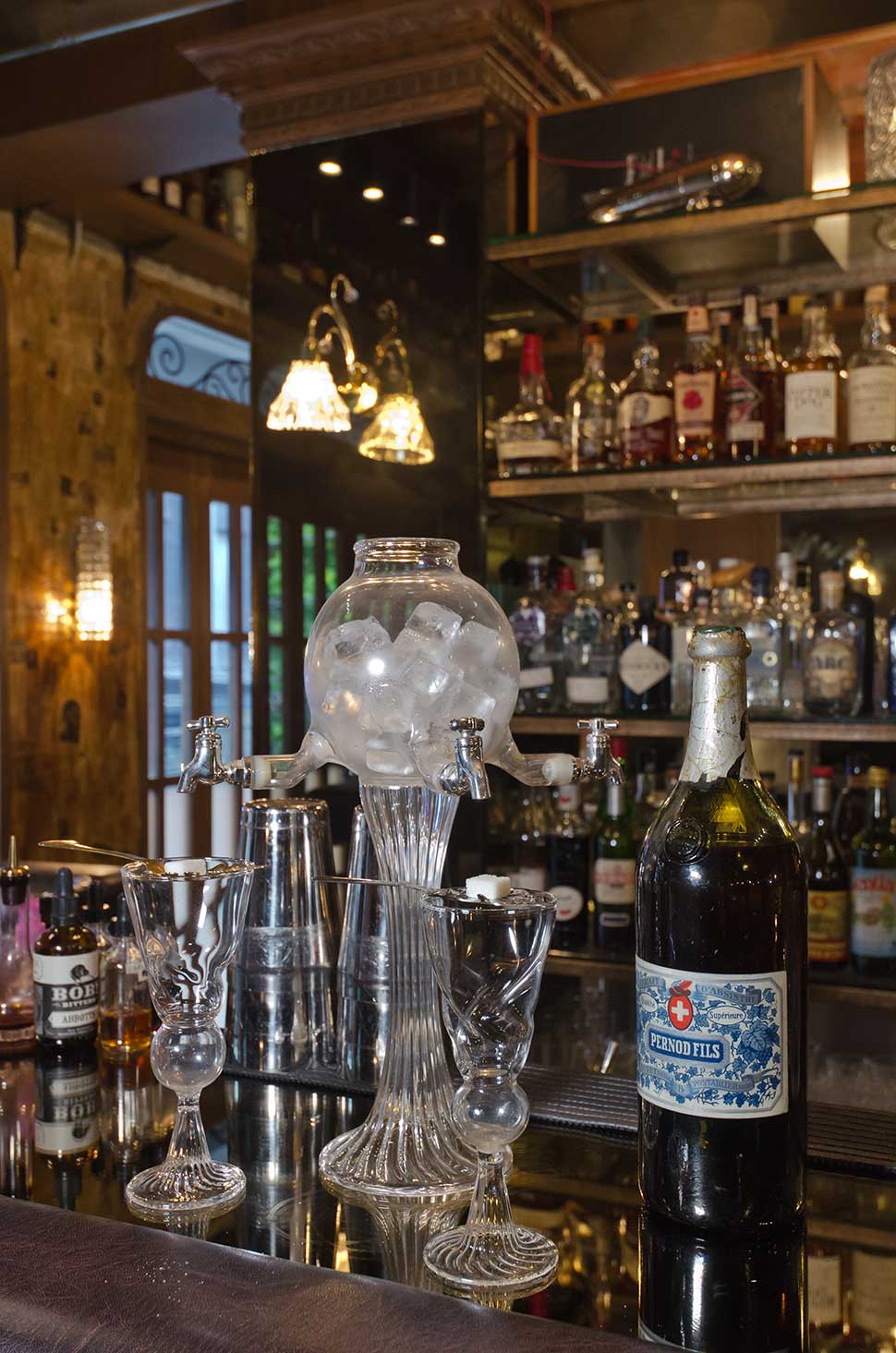 We began our chat perched on bar stools at the mezzanine of Spirits Library, his latest venture in trendy Poblacion where Watson has lent his expertise to a number of concepts he co-owns (such as Nokal and Kampai, to name a couple). From the outside, the building looks commonplace and ordinary, but once inside, it is a dark, cavernous space full of curiosities.

Watson admits he is still nesting. “It’s not done,” he says of the hard wood cabinets and two-story shelves already heavily-burdened with bottles sourced from local suppliers and his travels. He plans on slowly adding more knick-knacks and trinkets as he goes along, as a weary traveler does coming home from his adventures in distant lands.

Watson is one of the highest-paid consultants in the beverage industry and works with some of the best mixologists in the country, but he does not want Spirits Library to be known as a cocktail bar. “It really is more than that,” he explains. There are the hundreds of bottles— many of them rare and available only at the bar— carefully curated by Watson. He came home with bottles of vermouth from Torino after accompanying bartender Ian Libang to the Campari bartending competition in Milan. They extended their stay Libang could take full advantage of his time there, taking on a guest shift at a Milan bar and simply getting exposed to the rich Italian culture.

The Spirits Library is not a cocktail bar. However, the people behind it will make sure to serve up some of the best you have ever had.

Spirits Library, after all, as Watson expounds is “about the resources we offer. You want to learn more about liquor, we can guide you through that. If you come in here wanting to know how to start your own bar business, we can help you with that as well. It’s also about the people behind it.”

Jay Natividad, who has worked with Watson since the now-defunct BGC apothecary/bar Bitters, is a bright and sunny counterpart to the more coy and mischievous Libang. “I haven’t had a martini in a while,” I admit, and Natividad quickly whips me up something that is fragrant and citrusy, but with the elegant, vermouth-y bones of a fine martini.

Perhaps they needed a pretty face among the old, musty decor, but young Ophelie Lopez was not hired based on her looks. The 20-year-old French-Filipina had barely graduated from Enderun when Watson snatched her up to join his team. I sat across from her, transfixed by her grace and confidence as she poured rare liquids into jiggers with ease, her delicate fingers showing no strain. She reveals an old soul and delivers a rather bold interpretation of a vesper martini, that dry, almost medicinal Hayman’s Old Tom Gin providing the perfect accent to the floral aromas of Lillet Blanc.

Still, The Spirits Library is not a cocktail bar. However, the people behind it will make sure to serve up some of the best you have ever had. Just like the rare, special edition books and small batch bottles Watson brings home from his trips, it is a beautiful memory you can bring home with you.

Some of the rare books and bottles displayed at The Spirits Library:

During Prohibition in the U.S., many professional bartenders left the country to continue their craft legally abroad, instead of being criminals working in an illegal speakeasy. Harry Craddock is the most famous case. He became the head bartender at the Savoy Hotel in London, and wrote this landmark book. It is the first time many European liquors appear in cocktail recipes.

Many bartenders consider Jerry Thomas to be the Godfather, and his book to be their bible.  It was the first comprehensive book on bartending ever written. 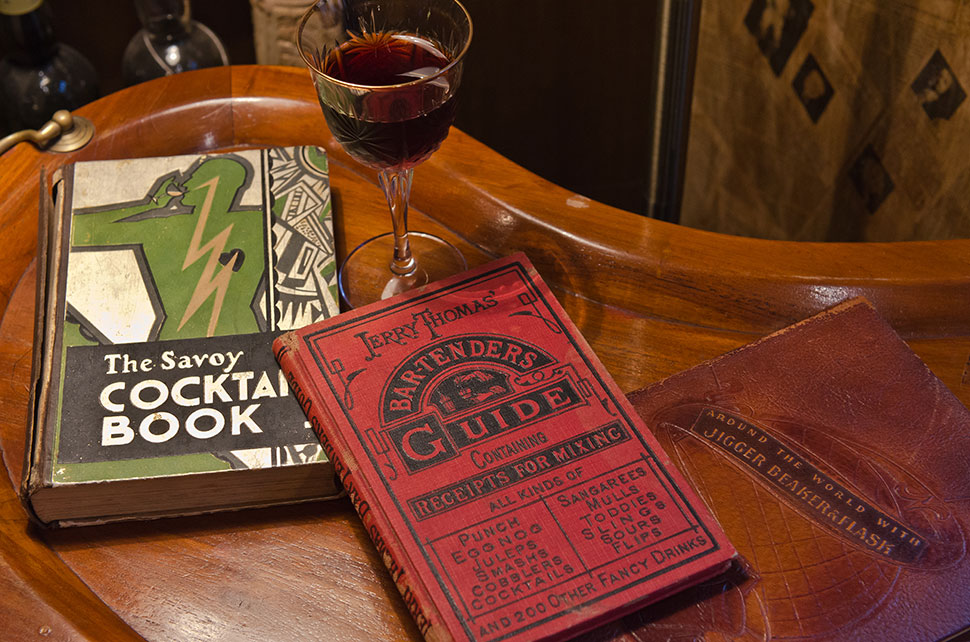 Volume II: Around the World in Beaker Jigger and Flask

Charles Baker was a traveling bon vivant. He travelled the world in the 1920s and 1930s, writing about all the food and drink he experienced around the globe. The Gentleman’s Companion is a two-volume set. Volume II focuses specifically on drinks. For the Philippines it is especially noteworthy since it contains recipes for 17 classic Philippine cocktails.

This bottles was been buried in the cellar of Manila Hotel for almost 50 years. The white cap indicates it was bottled before 1980s. Many of these old Chartreuse bottles age beautifully over time. 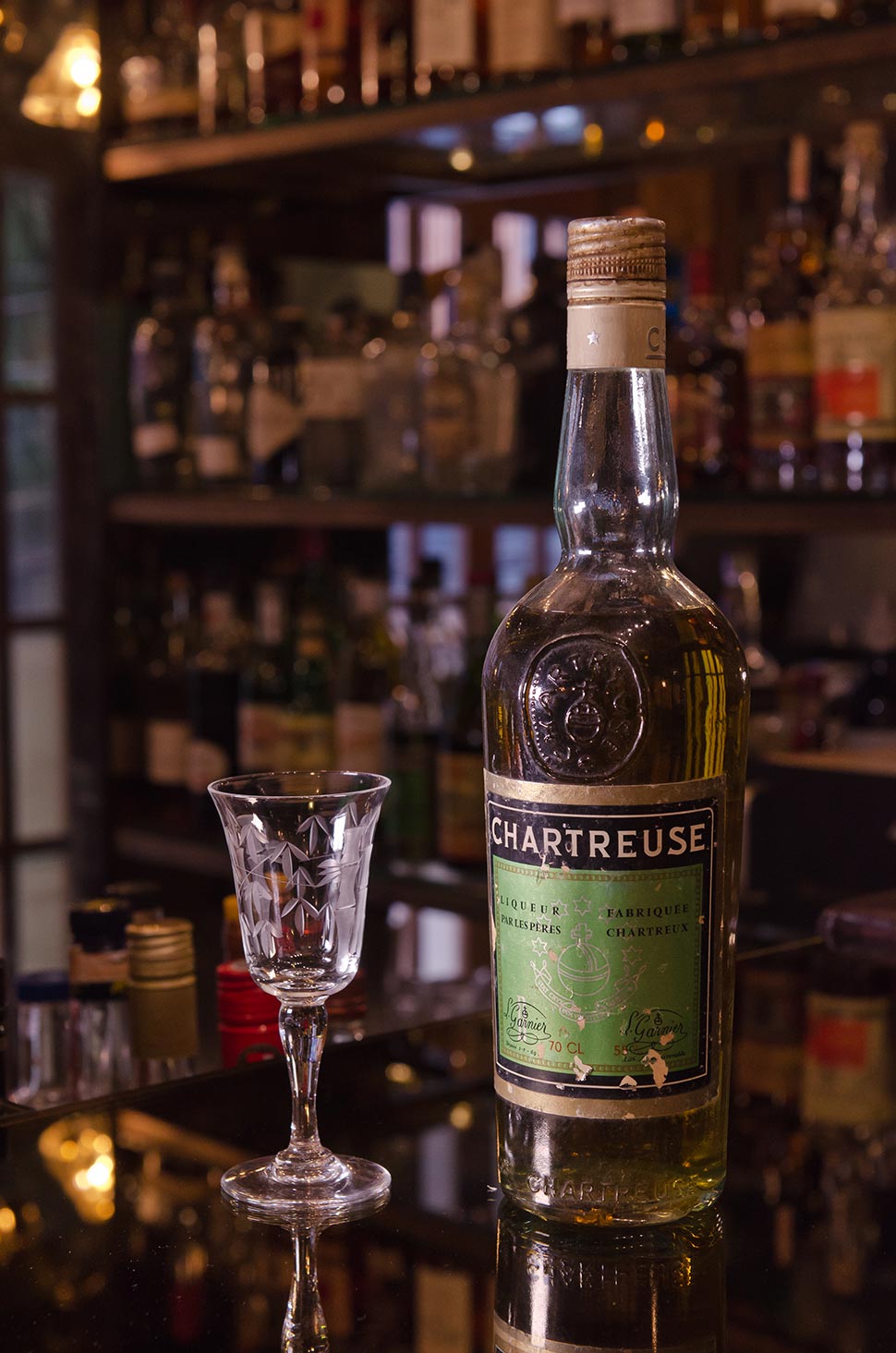 Tequila Ocho is known for its single estate Tequilas which highlight the terroir of the farm which the agave is grown from. The agave for this Tequila was grown in Rancho El Carrizal in an area of the Jalisco highlands known as the "Grand Cru" of agave growing region. The agave was harvested in 2008, and the Tequila was aged for 8 years, and 8 months, an especially long time for Tequila. This bottling came from a selection of eith barrels, with only 1500 bottles released globally.

The Last Caroni from Velier

The Caroni Distillery has reached cult status among rum connoisseurs in recent years. Closed in 2002, Luca Gargano of Velier purchased all the remaining stocks. This bottling was distilled in 1996 and is 23 years old. This is the last Caroni to be bottled by Velier. 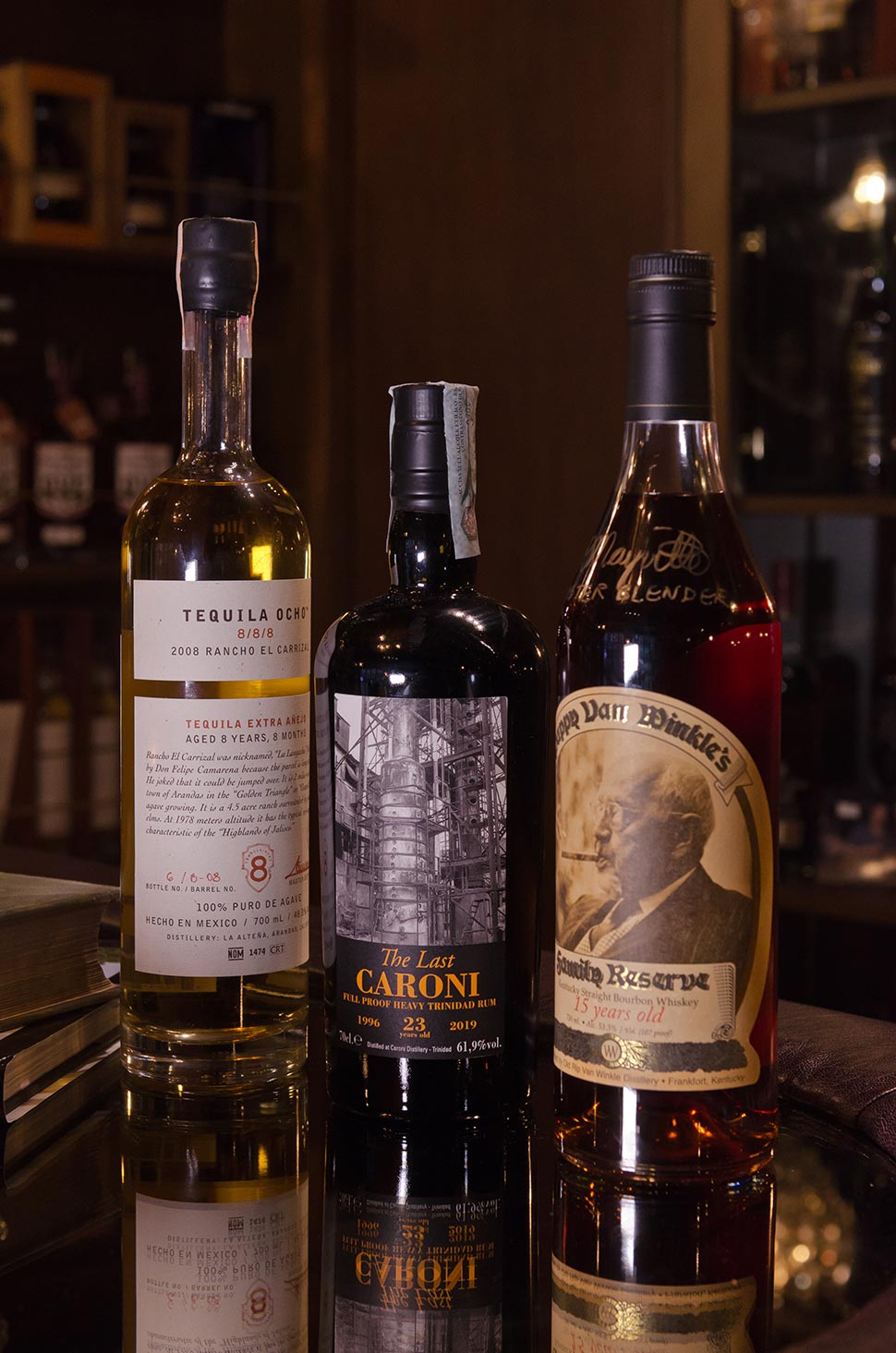 Pappy Van Winkle is made with the philosophy "We make fine Bourbon at a profit if we can, at a loss if we must, but always fine Bourbon." As the most expensive Bourbon on the market today, we can be assured it is making a healthy profit! This bottle was part of the batch released in fall of 2011, and was signed last year by Master Blender Drew Mayville.

Pernod Fils was the largest producer of Absinthe before the ban. This is a full, intact bottle from before the ban, about 120 years old. At P500,000 it is the most expensive bottle currently being sold at The Spirits Library. It is the holy grail of rare bottles.

This 51-Year-Old Whisky Can Be Yours for Only P3.6 Million 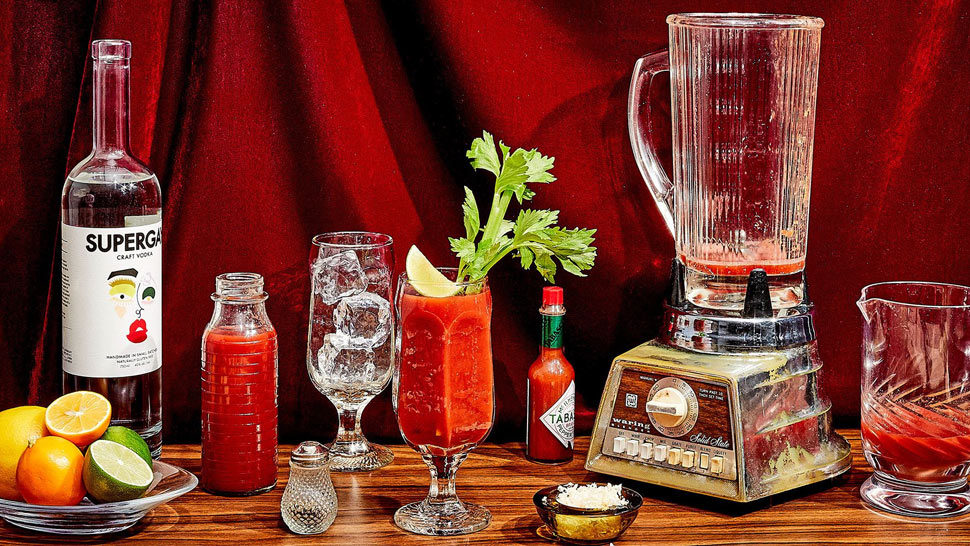