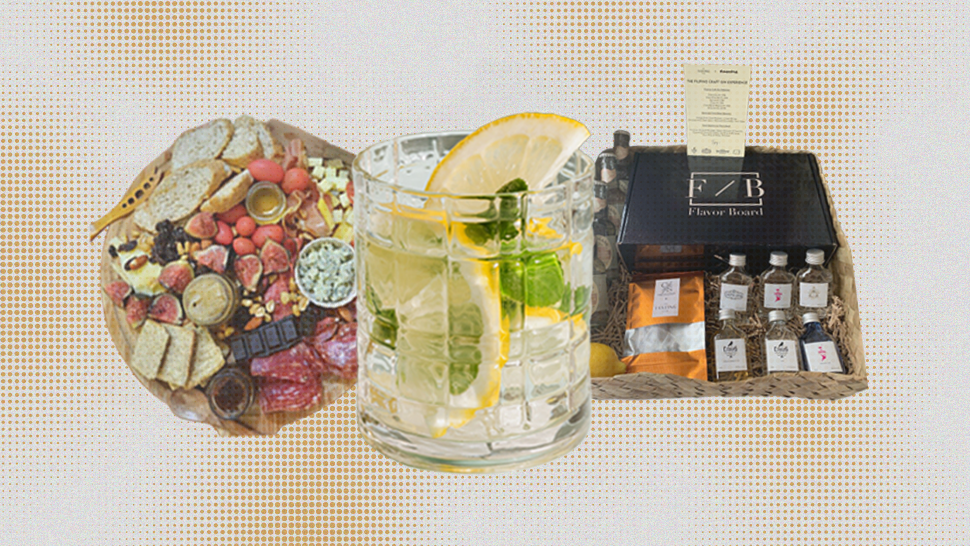 When it comes to Filipino gin, it’s easy to remember the classic gin bilog—vicious and almost incendiary down your throat. Second that comes to mind are flavored gins that have gone viral on the internet for the memes its advertisements have unexpectedly spawned.

But last week, I was introduced to something more sophisticated yet distinctly Filipino. In The Tasting Club’s latest digital tasting event, “The Filipino Craft Gin Experience,” Kevin Charuel and his wife Adrienne helped bring to light the artistry of Filipino craft gins that have been right under our noses this whole time. The craft scene is huge in the Philippines, whether we may know it or not, and its community has been dedicated to keeping it alive during the pandemic.

The tasting introduced participants to the history and delicate art of crafting gin. Kevin talked briefly about the history of gin, from the origins of distillation in West Asia to the creation of the famous Gin & Tonic mix in India.

This is where Kevin passed the mic on to the first speaker of the tasting event. With my box of six different gin samples, bottles of tonic water, a selection of spices (from Cosette & Simone), a charcuterie board (from Flavor Board), and a lemon to boot, I was ready for a tour through some of the best craft gins they had to offer.

The charcuterie board from Flavor Board

Filipino Spirit Distilled in a Bottle

First to showcase their gins was Destileria Barako represented by Kalel Demetrio, renowned mixologist, and the “Liquido Maestro.” Right off the bat, it became apparent why he’s earned the nickname as he spoke about their gins as only someone with a clear and thorough knowledge of the spirit can.

He first introduced the Sirena gin and its blue pea variant. On the first sip, notes of rambutan, sampaguita, and pomelo shone through. The blue pea version was grassier and doubled as a fun experiment to work within a cocktail since its blue color could be changed into a deep purple with the right mix.

While savoring the gin, Demetrio talked about his own research that led to the drinks on our tables that day. “We did a lot of hit and miss,” he shared. He found his inspiration in different corners of the Philippines, trying and testing different ingredients and methods that might best highlight the Filipino flavors he found. This led to a finished product that was proudly Filipino in many ways.

He saved Destileria Barako’s best for last with the introduction of the Agimat gin. Named after the beloved bar in Poblacion, Makati, Demetrio said that the gin was the “epitome of the Agimat bar in a bottle.” Eighty percent of the ingredients he used are from the Philippines and one that he particularly highlighted was the tangy Yutukon fruit from Visayas. There, it's called the “fairy fruit” and according to him, people must ask permission from the fairies before taking and eating it.

Apart from the Yutukon, his use of ingredients from Luzon, Visayas, and Mindanao mean that there is a story in their gin. As the first presentation in the event, he oriented the audience on how craft gin is not only about the taste, but also about understanding the origins of the drink as well.

Crows Craft Brewing and Distilling Co. doesn’t get any more homegrown as its head of marketing, John Joe Joseph, says that the distillery all started from their own basement many years ago. Since then, it has expanded to other countries, but all its ingredients are still packed and sealed right here in the Philippines.

The gins they showcased in the event boasts 23 botanicals, which include calamansi, cinnamon, grapefruit, pandan leaves—and even siling labuyo. At first, being the gin rookie that I am, I was skeptical about how that mix of ingredients could possibly taste. But, rather than getting lost in the sea of fruits and spices, Joseph emphasized that the wonder is in picking other drinks and garnishes that’ll bring out different notes in the gin.

He also posed a question to the participants that even he was curious about: As a smoker, he particularly tastes the floral notes in their gin and he wonders if it could be the same for others, too. I’m not a smoker myself, but this mystery made the drink all the more interesting.

With the gin’s particularly summery tang, with the help of the lemon peel and the juniper seeds provided, it made me wonder how it would taste with cranberry juice and lychee too, as Joseph suggested. It’s clear that this drink was made for experts and newbies alike to play with. Experimenting with concoctions is part of the magic of Filipino gin.

While enjoying his cocktail, Joseph was proud to say that it’s not like the gin bilog he grew up with. “It’s not sunog baga,” he said. It’s gin that’s grown up—not to become rough and vicious, but to be smooth and sophisticated.

Into the Tropical Cabaret

The last in the tasting lineup was Santa Ana Gin, presented by brand ambassador Aaron Goodall. Santa Ana is a sister company of Don Papa Rum, a homegrown rum brand that can be recognized for the striking and elegant designs that always grace its bottles. This same attention to the bottle art can be seen on Santa Ana’s bottle too. As presented in the event, it had palm fronds, gold geometric lines, and tropical birds that gave me an impression of the flavors inside before I could even taste or smell the gin. It’s aligned with the “tropical cabaret” feel that Goodall said they aimed to capture. According to him, the gin itself is an homage to the 1920s dancehall culture and the Philippines’ rich biodiversity.

Goodall also introduced their “Philippine Four,” named after the primary botanicals used to flavor the gin. These were ylang-ylang, alpinia, calamansi, and dalandan. Most of these are flavors and smells that are very familiar with any Filipino, so I looked forward to seeing how these classic flavors were blended into the gin.

Santa Ana gin was definitely the most citrusy drink of the bunch and it was also the most fitting to wrap up the event for its bright and peculiar taste. At one point, a guest couldn’t help but chime in on the call to say that the drink evoked a sense of nostalgia in him. The ylang-ylang was very prominent and it reminded him of sampaguitas he would hang in his car after church.

It’s funny how cocktail mixes with similar ingredients and garnishes have ended up tasting vastly different with the use of each gin sampled in the event. This gave everyone something to talk about even as the session was coming to a close.

Three gin & tonics in, I could safely say at that time that I was sold on Filipino craft gins. It’s a shame that I didn’t know about it before the event itself. Even Kevin Charuel said that the craft industry had suffered without the bars, but at the very least, digital tastings help it survive. As all of us are toughing it out during these trying times, the distillers were still able to proudly say, “Laban pa rin!” thanks to The Tasting Club and the other participants who appreciate their work.

There’s an entire world of Filipino gin out there, eager to initiate a new generation into this skilled space in local liquor.

The e-numan with the Tasting Club 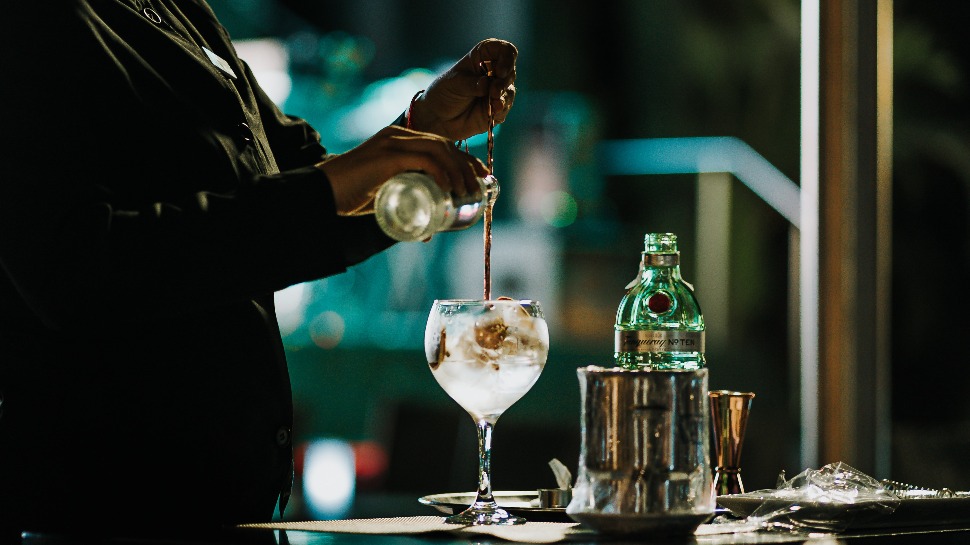 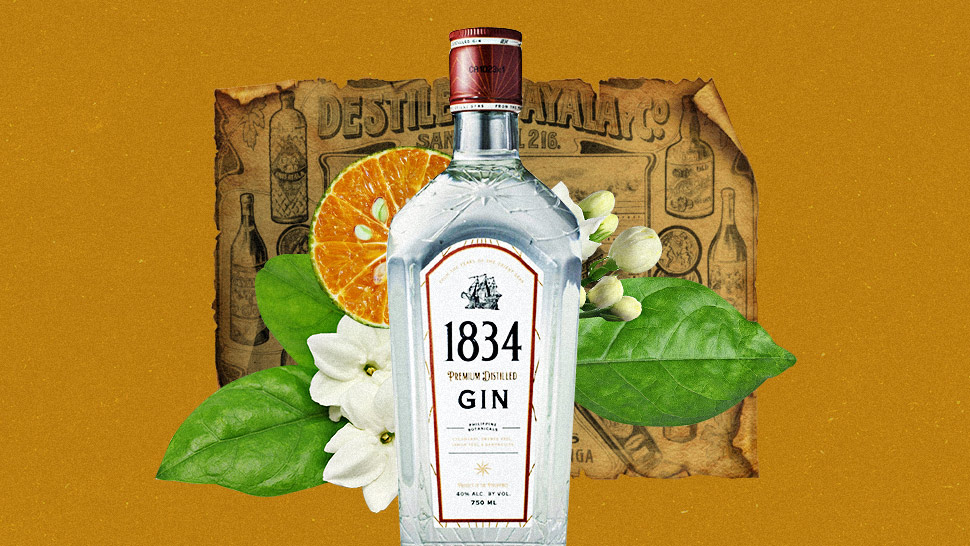