A Beginner's Guide to Kombucha

It might be an acquired taste, but kombucha is more than a health drink that’s on trend. 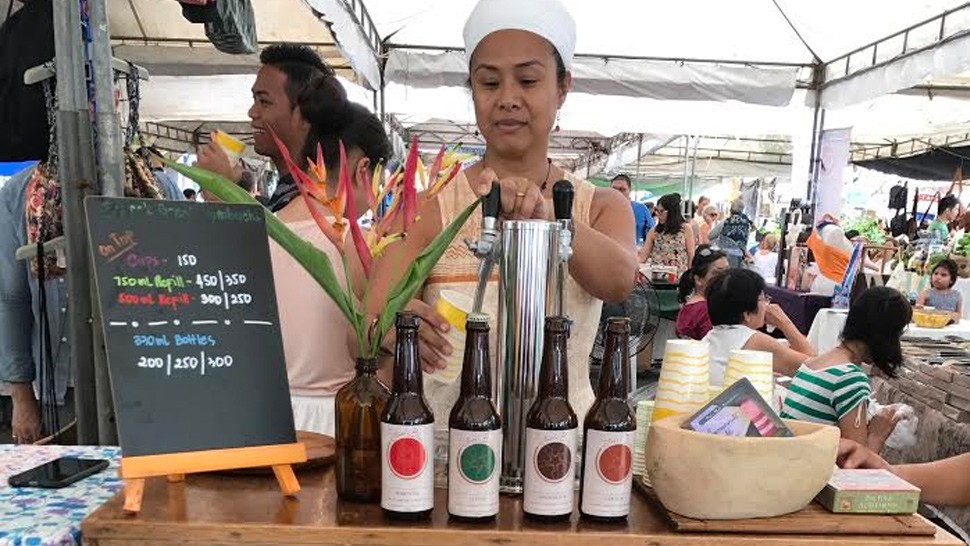 You might have noticed another health trend this 2017. Whether it's an influx of frantic resolution makers or people curiously wanting to get on the health-wave bandwagon, people are obviously becoming more mindful about what they put in their bodies. There are those who strive to eat organic vegetables, sprinkle turmeric on everything, or start their day with a smoothie bowl—and there’s absolutely nothing wrong with choosing to go the good-for-you route, if you want to.

One of the most buzzed about health beverages in the United States over the past decade is kombucha, and while it’s been around for centuries, this funny-sounding drink has only started gaining popularity in the Philippine market over the past couple of years. If you’ve never tried kombucha before, let’s break it down for you. Kombucha is made of green or black tea that’s fermented for about a month with a blob called a SCOBY (Symbiotic Culture of Bacteria and Yeast). Wait, don’t get grossed out just yet—this living SCOBY essentially eats the sugar, tannic acids, and caffeine in the tea, creating a mixture of live microorganisms that people believe are extremely beneficial. It might be an acquired taste, but kombucha is like drinking a fizzy, sweet-tart cider. While many people normally drink this for its numerous benefits—probiotics, strengthened immune system, boosted energy, reduced chronic diseases—many also genuinely enjoy its taste, too.

I’ve always loved kombucha and searching for it in Manila has become somewhat of a life mission. After suffering through (expensive!) imported choices at Healthy Options, I finally found locally brewed kombucha that’s not only good for you, but good for the community, too.

Introducing Starr’s Brew. The woman behind Starr’s Brew is Sierra Michelle Bullock, and the moment I saw her behind her little kombucha stall at Legazpi Market, I could already tell that this is the type of woman who pours her heart and soul into making her booch. I watch her expertly pouring kombucha on tap for everyone that stops by her stall; vibrantly explaining what kombucha is to those who don’t know, while flashing her regulars a warm smile and refilling their recycled bottles. 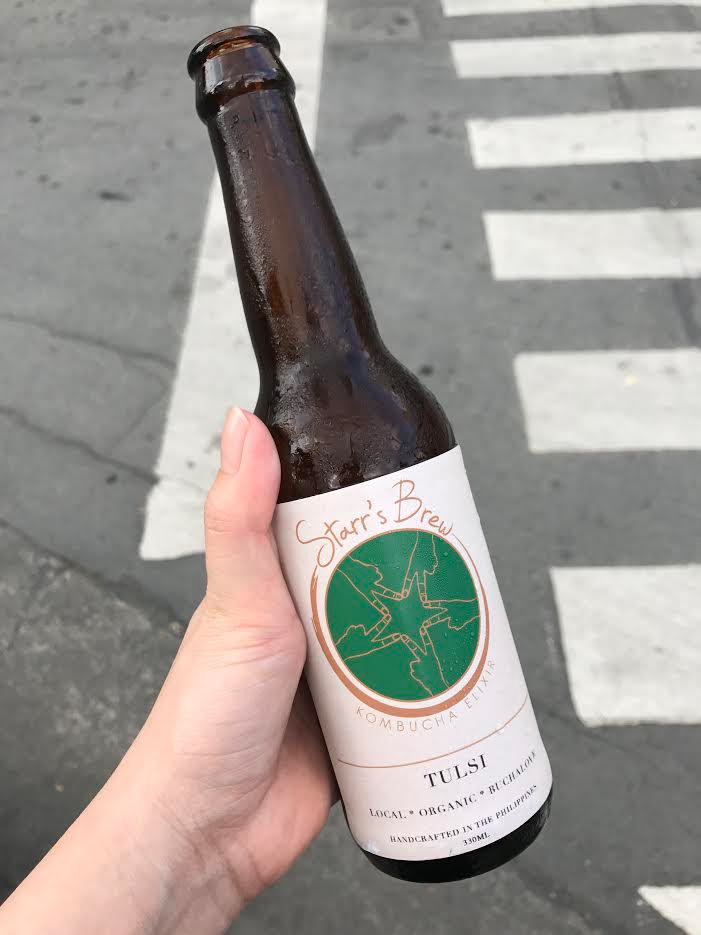 For Sierra, discovering kombucha was a wonderful accident. She came across her first bottle of booch (GT Dave’s, the OG of commercial kombucha in the US) at a Whole Foods store in Mill Valley, California in 2005. As someone with a background in holistic nutrition, she was intrigued and picked up a few bottles. After taking a few sips at home, her two-year-old son grabbed the bottle and finished the entire thing. With kombucha being such a foreign thing to Sierra, she quickly called her alternative pediatrician, Dr. Lindsey, to make sure her son was okay. Dr. Lindsey assured Sierra that everything would be fine, and the benefits of kombucha were so incredible that it would actually be the best thing to give him every day. “At $6.99 a bottle there was no way I’d do that. It’s too expensive,” said Sierra. “The craziest thing happened though and Dr. Lindsey took me to her kitchen, tore off a little bit of her SCOBY, put it in a kombucha-filled zip lock bag, scribbled a recipe, and told me that I could make my own.” And Sierra has been brewing her own kombucha ever since.

Fast-forward several years later to when Sierra and her family make their way to the Philippines—living in Boracay and eventually, Laguna—both times with her SCOBY in tow. While living in Boracay was a little more relaxed, Sierra was completely overwhelmed in Laguna—not even knowing where the closest palengke was. It was a lonely three months for Sierra until she started teaching yoga. Ironically enough, it was her yoga students who tried her homebrewed kombucha and loved it—mostly because they couldn’t find a healthy alternative drink that they really loved. Kombucha’s natural effervescence plays a huge part in why many love this drink, but its tart flavor doesn’t always sit well with Filipinos. Sierra decided to do a little experimenting, veering away from her usual brew of English Breakfast black tea.

Moments of clarity and divine intervention brought Starr’s Brew to where it is today. A chance discovery of organic tulsi (also known as holy basil), which was being grown at a friend’s biodynamic farm in Silang, Cavite, was one particularly eye-opening moment. “Gejo Jimenez of Malipayon Farms has soil so rich and healthy, everything just thrives,” says Sierra. “Gejo loves his soil and is so passionate about what he does. You can practically taste it in his produce.” She shares how she took some tulsi home from Malipayon Farms and made a huge five-gallon batch of kombucha, which turned out fantastic, and is now the Tulsi variant today. The Gin Tum (ginger-turmeric) and Hibiscus brews? All ingredients are sourced from vendors at the Legazpi Market, where Starr’s Brew is a mainstay. The Tsokolate flavor? This flavor was inspired by Bea Misa Crisostomo of Ritual, who suggested using cacao shells from the nibs, in order to help the farmers with their byproduct so that nothing is wasted.

It’s clear that Starr’s Brew kombucha is more than a health drink that’s on trend. To Sierra, it’s an advocacy. “When a person likes kombucha, they like how it makes them feel,” says Sierra. “When people start feeling and connecting to their body, they become more conscious about personal experiences—making the proper food and lifestyle choices to feel better. Just like kombucha, which is a product of a symbiotic culture of bacteria and yeast—the keyword being symbiotic—we are in a symbiotic dance.”

This locally-made fermented brew goes above and beyond, not only providing you with a slew of superb health benefits but with the knowledge and awareness that you’re supporting local farmers and entrepreneurs, and consequently supporting the Filipino community. It all boils down to love for self and love for community, and it’s easy to get behind a cause that’s much greater than the sum of its parts. 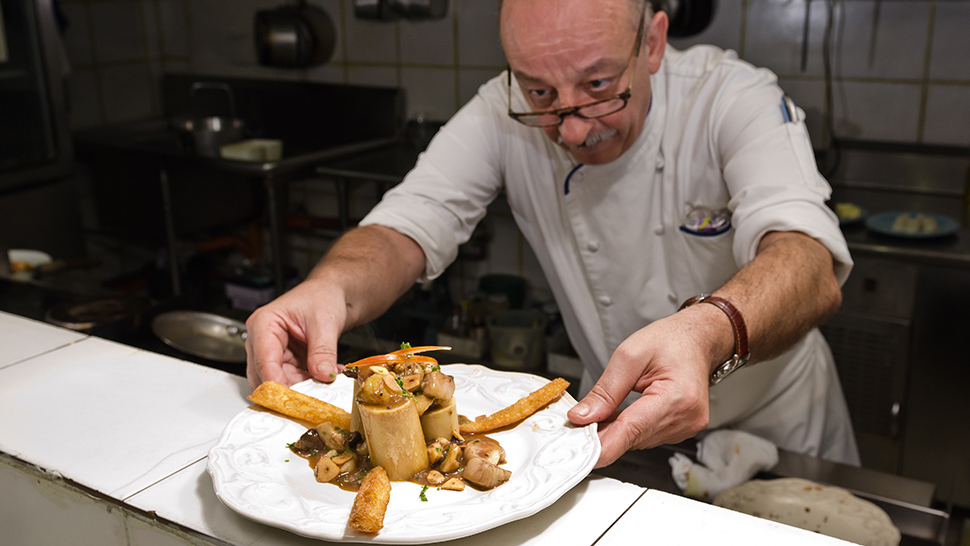 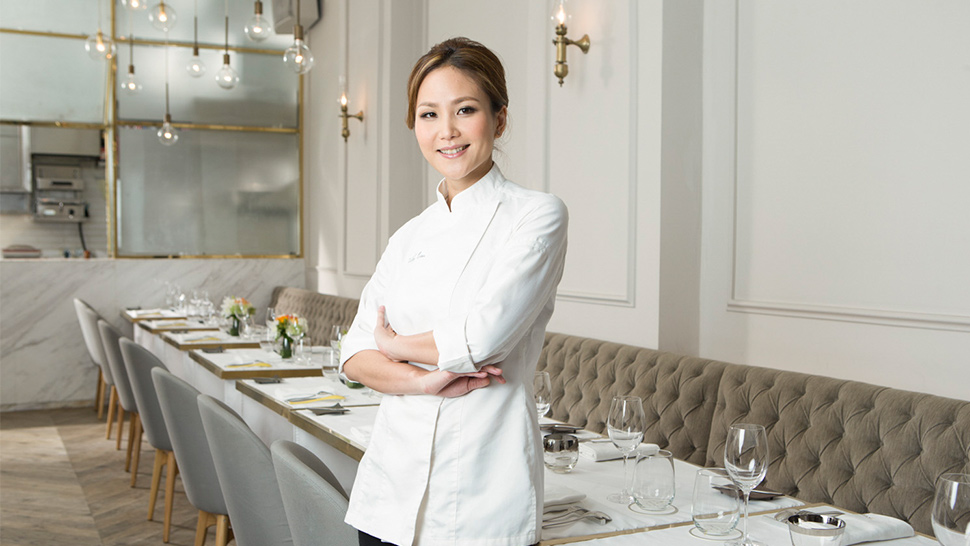