Christmas Hams That Should Be on Your Table for the Holidays 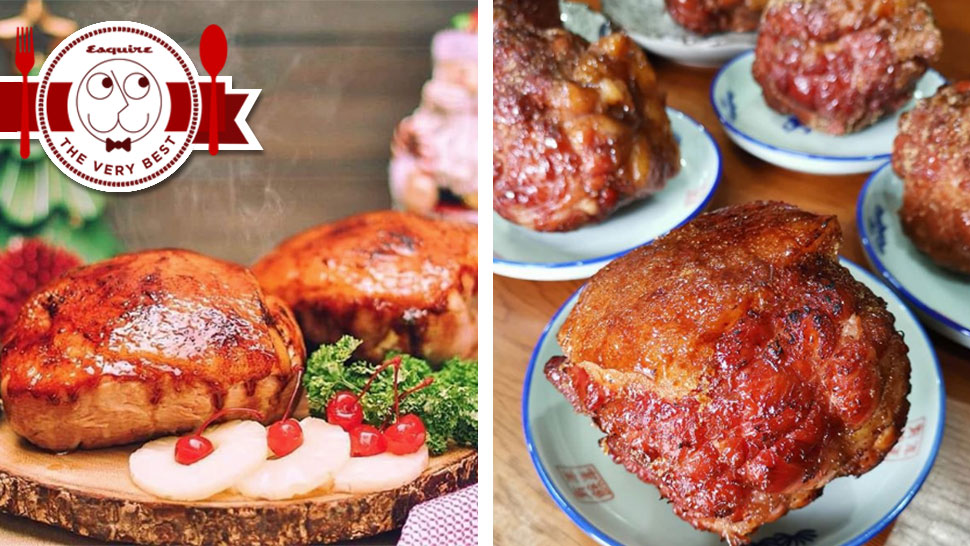 Still looking for a Christmas ham to complete your Noche Buena spread? Look no further than this selection of succulent, juicy, and hearty hams that will please everyone, including Santa and his reindeer.

There is nothing as inviting as a whole Christmas ham at the center of the table. It’s the ultimate holiday food that gets everyone in the mood to gather and start gorging. If the Americans have turkey and the Chinese have duck, Filipinos have ham as the centerpiece of their holiday menu.

Filipinos’ preference for hams is as varied as the many kinds in the market. Some are biased toward the classics like Excellente, Adelina’s, and Majestic—all on the saltier side of the spectrum. Many love the balance of flavors that The Plaza offers. Some like their Christmas ham a little more mellow, like that of Santi’s; while others prefer an option that’s more ingenious like Wildflour’s. Many also look for that homemade touch, offered by the time-tested hams of Michelle Dee and Joy’s Swiss Ham. There are many others, and here are some Christmas hams that you should consider for your table.

This Christmas ham, made with only top-quality meat and choice ingredients, is cured then goes into the smoker for at least eight hours. The result is a beautiful pork masterpiece that offers a balance of sweet and salty, with undernotes of that distinct deep smokiness. The recipe has been treasured by the family of years, and they’ve been generous enough to share it with other families this season. Try the smoked bacon and sausages, too!

Ever found yourself dreaming about a perfectly round and red Christmas ham that has a thin layer of fat on top and juicy pink meat inside? This is the answer to your dreams! The Midnight Chef’s Hamon de Bola uses a whole pork pigue and steers clear of any extenders and fillers to plump it up. This homemade creation comes with a chunky pineapple sauce that you might consume before Noche Buena.

Every region throughout this archipelago has its version of ham or a variation close to it. What sets Bulacan’s Christmas ham apart from the rest? The Manic Cook has the answer. It’s not smoked, but that’s not something to worry about. Instead, the ham is dry-cured, then cooked in some special magical potion. Once it’s almost done, a traditional torch, which looks much like the clothes iron of yesteryears, is used to give it a deep caramel color and a nice, heartwarming crunch.

It was in 1985 when Roma’s Christmas ham was born. Three decades after and a couple of generations working on the original recipe later, Roma’s continues to please the most discerning of appetites with its homemade ham. Since then, it's never used preservatives or extenders to accentuate the ham. The purity elicits warm, fuzzy feelings in every big bite. Try it cold tucked inside warm pandesal and witness its wonders!

Que Rica has been in pursuit of promoting the best of Bicol since its conception. Its founder and chef, Rica Buenaflor, has been championing Bicolano products, ranging from laing to pili, in, not only Manila, but also the global market. This Christmas, she’s purveying a Christmas ham that uses the belly of the pig, leaving it moist and juicy throughout. It’s then cured and smoked with natural ingredients. But the real winner here is the glaze that’s made with the sweetest pineapples from Camarines Norte.

Looking for a ham to serve as the main meat of your oriental spread? China Mommy has you covered with its homemade Christmas ham, prepared using a recipe that harks back to 30 years ago. China Mommy, which pays homage to its Filipino-Chinese roots, has been a reliable purveyor of all things good and delicious. It's popular for gargantuan crabs and festive misua, but this season, it’s the Christmas ham that will be the talk of the town.

A golden, glossy finish and dark caramel marks distinguish this Christmas ham by chef Nathaniel Uy. The layer of fat hides the true treasure within: an ultra-thick layer of juicy, fork-tender meat that might not even require a knife to carve. It has the right amount of sweetness, while also hinting some saltiness and a bit of smokiness. Bring out the warm pandesal, please!

Mister Delicious is not called Mister Delicious for naught. His smoked country ham is proof of why he’s not passing the title any time soon. This Christmas ham is slow-smoked the old-fashioned way and lightly glazed with a sweet concoction. This mishmash of textures, aromas, and flavors is a delightful surprise worthy of being your Noche Buena centerpiece. Check out Mister Delicious’ complete holiday set, made up of the Christmas ham, paella, fabada, mashed potatoes, gravy, and bacon pumpkin soup. Such a steal!

Remember the ham of your childhood? That ball of ham you wanted to taste hours before Christmas Eve dinner was served? Reminisce those good ol’ days with this homemade Christmas ham by Food Haven. Three variants are on offer: the fatty-and-meaty premium, a sweet-and-smoky fiesta, and an affordable pear-shaped. They’re all quite nostalgic–an absolute treat for kids of all ages!

Since it entered the local food scene in 1974, Dayrit’s has been a popular peddler of good quality meats, ranging from roast beef and chorizo to tocino and sausages. What’s quite under the radar is its Christmas ham, a sight to behold with its dark, glossy glaze. This one is a good option for those who want their ham less salty, but still with a lot of flavors. Dayrit's is sold out every year, so make sure you order yours stat.

Making new memories this Christmas will be easier with this homemade cured ham by Apetit. Known for purveying small-batch eats lovingly prepared at home, Apetit has expanded its lineup this holiday season by offering a Christmas ham that’s all-natural and mindfully prepared. No extenders, no artificial coloring, all fresh! It’s heart-friendly, too, since its thin layer of fat is barely visible and melts into the meat once heated. 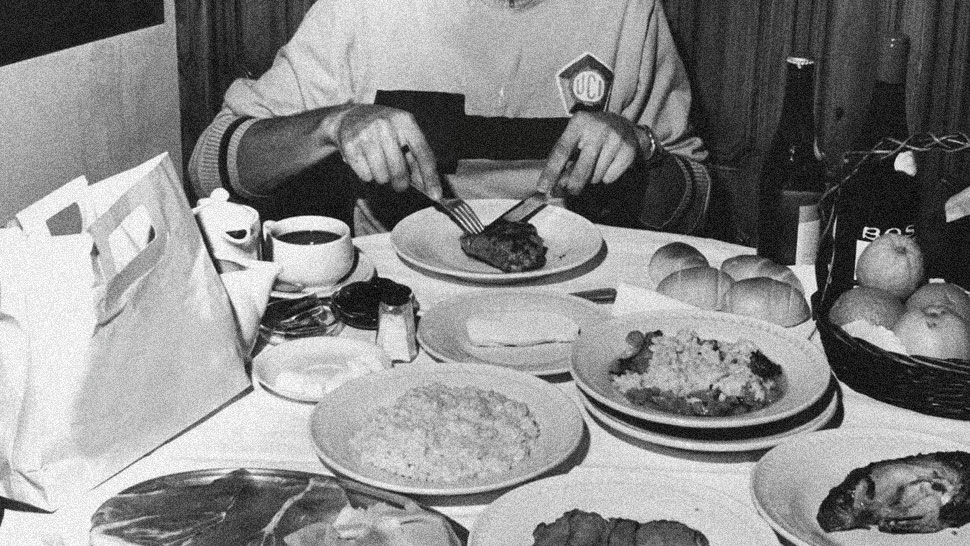 Overeating Isn't Just a Bad Habit, It Has Links to Our Brain Circuit 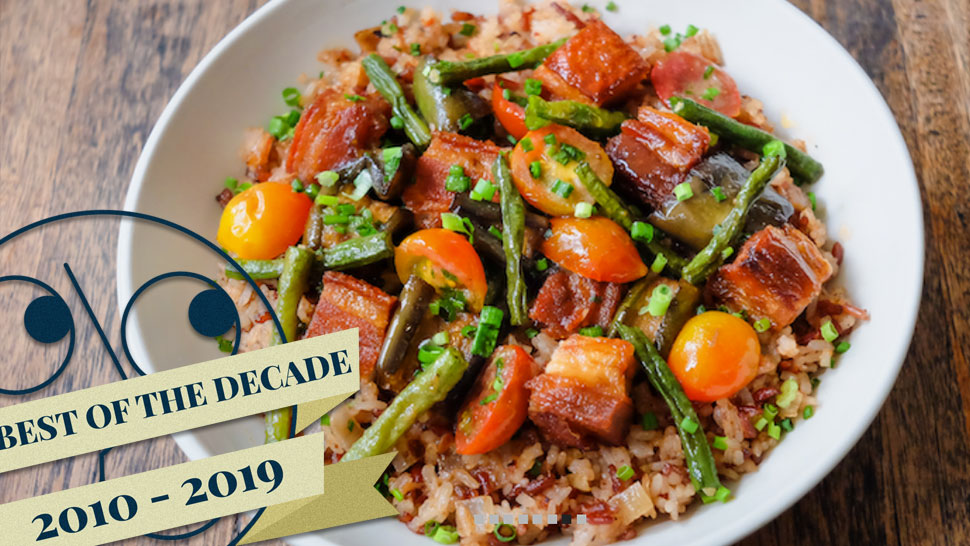