To dine fancy, get a chef's table. 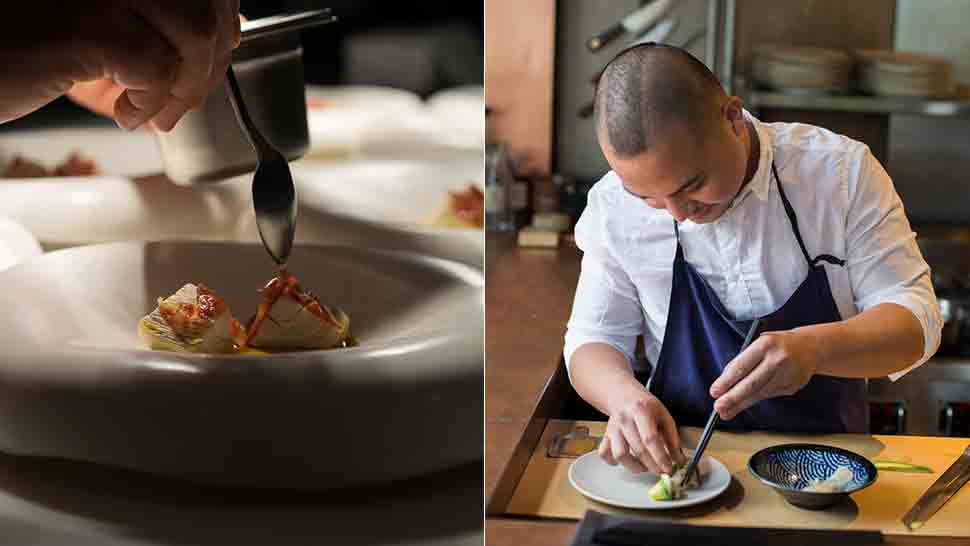 Those who aren't easily impressed with gastronomy know that there's only one way to get the full measure of a fancy restaurant: the degustation menu, attempted by many, offered by few, and excelled at by fewer.

Discerning local diners have set the bar high and the country's most talented chefs are eager to show their mettle. Nothing is more challenging to a chef—and more exciting to a gourmand—than a degustation menu. These formidable cooks are given freedom to explore their arsenal of flavors and techniques, limited only by the ingredients available to them and their imagination. In these seasonal menus, culinary identities are forged, conventions are challenged, and local trends are established.

The more spectacular degustation or tasting menus are served at chef's tables. These are areas (literal tables) usually separated from the rest of the restaurant where VIPs are treated to an up-close-and-personal appreciation of this great culinary skill. With the extra, extra special care put in these degustation dinners, chef's tables are the bench seats in the culinary world and that's what makes them the most important (not to mention the most in-demand) tables in a restaurants.

If you want to be a VIP in the dining world, book any one of the tables below:

The Bistro Group’s bigwigs are convinced by their golden boy’s star power. Executive chef Josh Boutwood has finally been awarded a gastronomic temple, where he can fully unleash his talent via a sensational degustation menu. The 10-seater bar affords each guest front-row privileges to Boutwood’s kitchen theatrics, a must considering that his brilliance has kept the Filipino-British on top of many lists consistently. Helm's setup breaks down the kitchen walls, allowing a more intimate conversation with the chef. 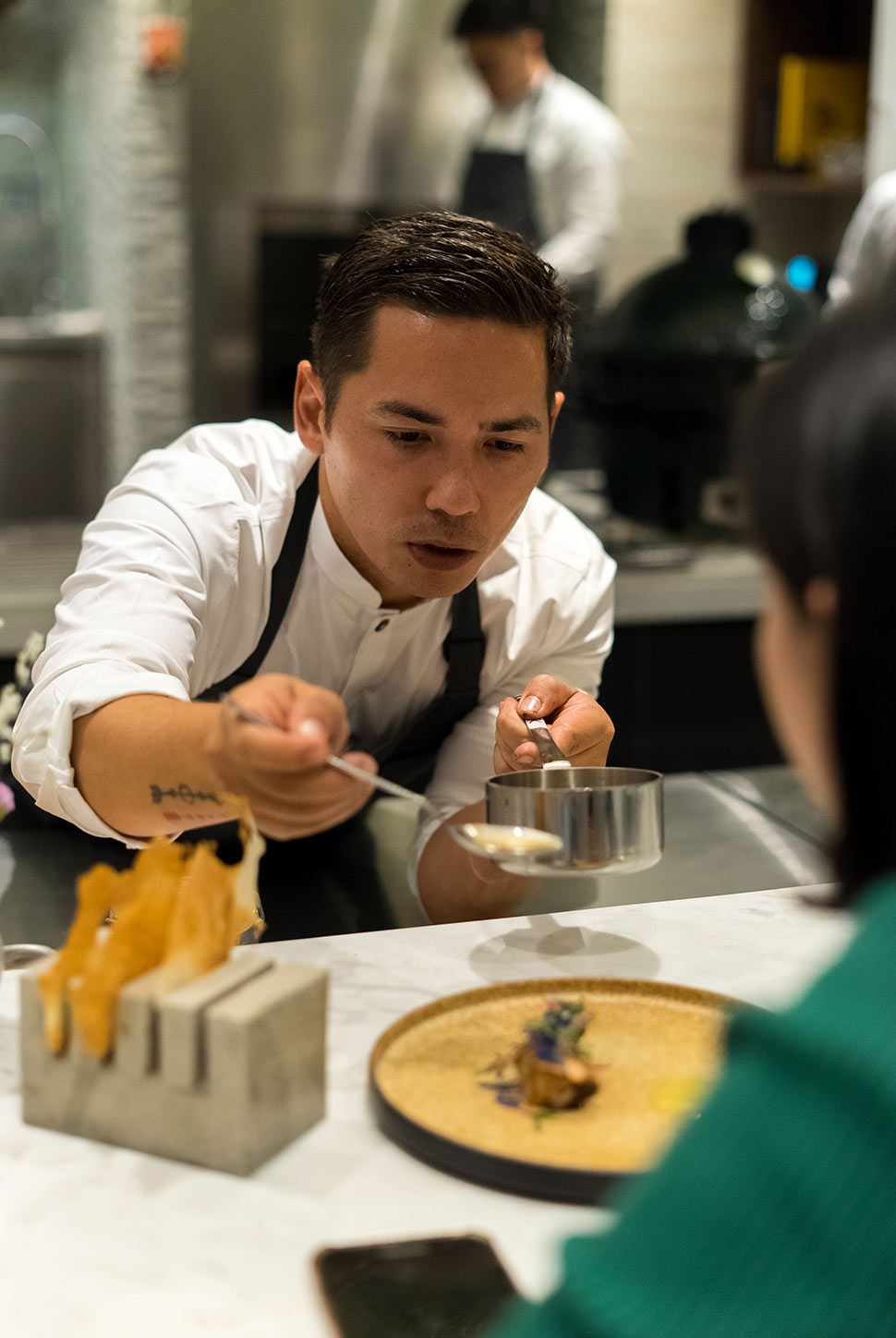 Despite his lack of formal training and irreverence toward classical techniques, Bruce Ricketts has earned the industry’s respect. His obscure fine dining concept in BGC is where the food scene's bad boy plays around with a mostly modern Japanese-influenced tasting menu, offering the freshest of the season, interpreted in Rickett’s famed unconventional style. 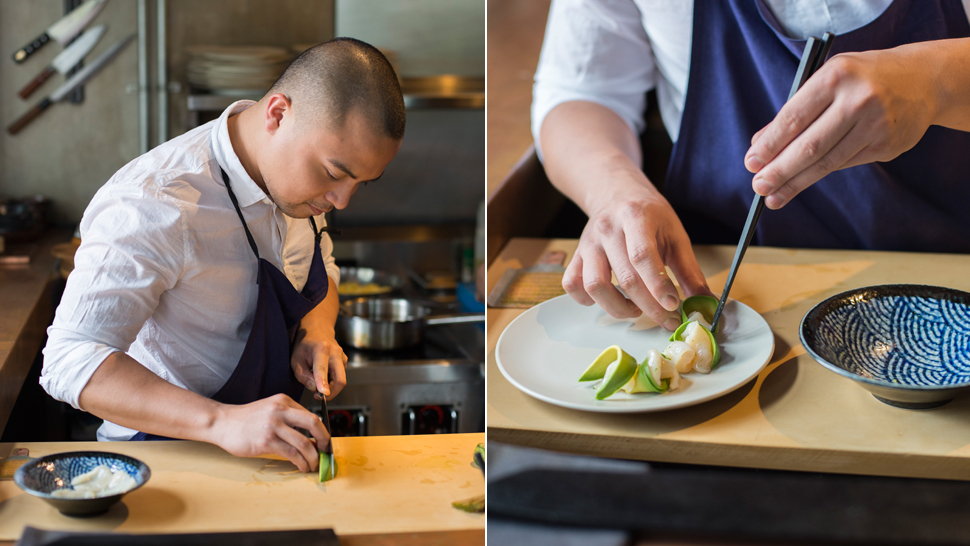 Spaniard Chele Gonzalez has probably seen more of the Philippines than the typical Filipino, a feat that makes him a formidable authority on local culture and flavors. He is one of the first chefs to source and utilize heirloom grains and indigenous ingredients, all of which he transforms into intriguing forms of modern gastronomy. Innovative and adaptable, Gonzalez continues to create new standards for the local culinary landscape. 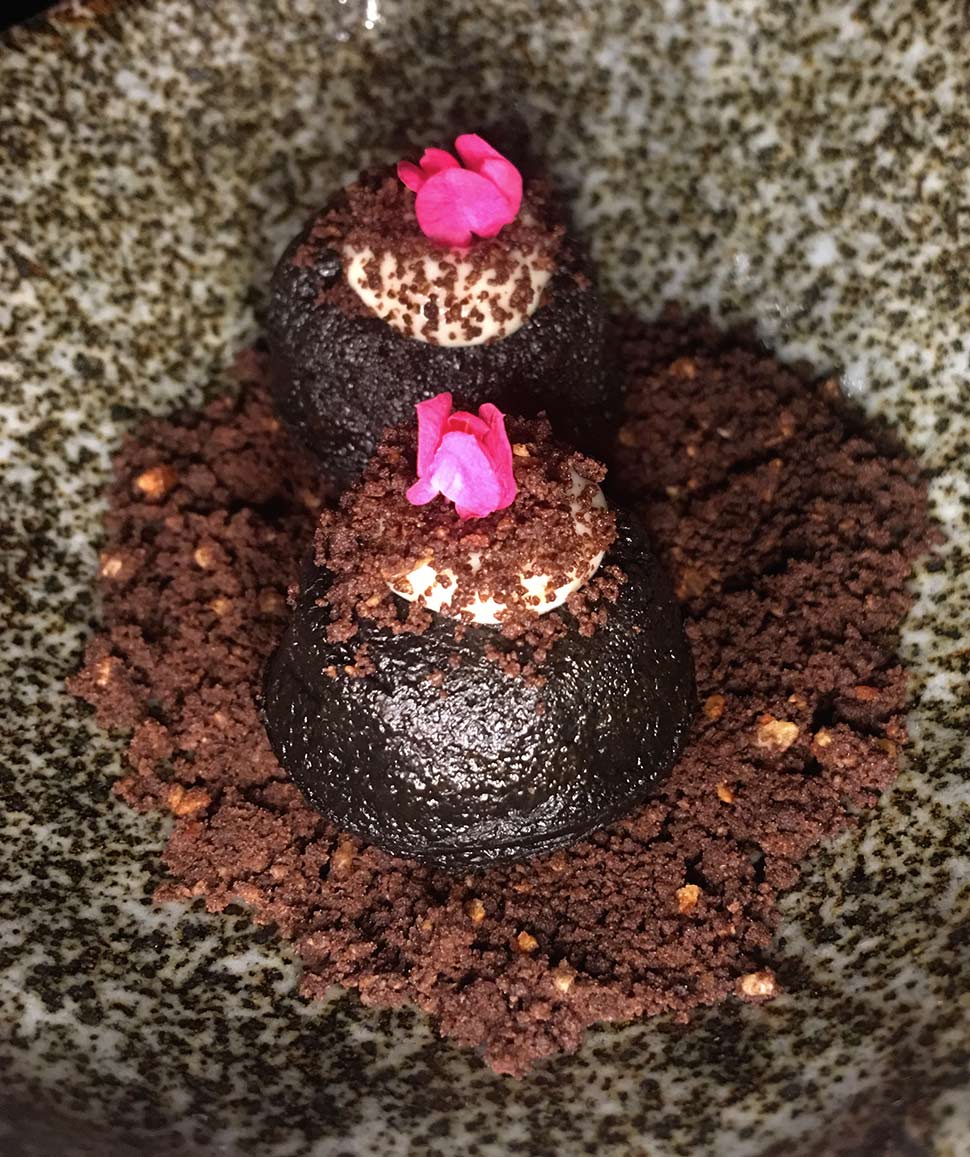 Stvdio Lab is so special that it's not open daily. Described as the "crossroad where research and hospitality meet," it's actually the headquarters of AdViChe, a restaurant consultancy group that includes Gonzalez, husband-and-wife restaurateur team Cyril and Pierre Addison, and Chef Carlos Villaflor. It's essentially a backroom, but twice a month, the results of their experimentation are served via a high-minded degustation menu to 12 lucky people who are able to book seats. 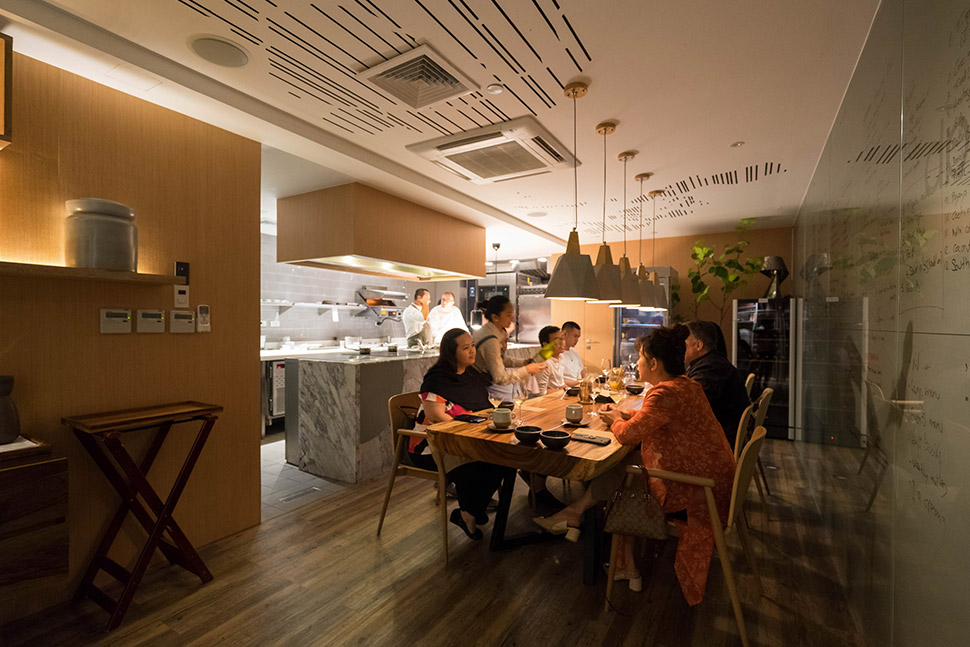 This fine-dining establishment at Nüwa Hotel has been refreshed with a clean, crisp design and a new chef. From his regular selection to his degustation menu, Chef Frederic Thevenet stays true to his modern French style, which he brings with him from his stint at Pierre Gagnaire’s La Maison 1888 in Da Nang, Vietnam. He observes that Filipinos are actually quite open to his style of cooking, providing high rollers and discerning locals a taste of haute cuisine. 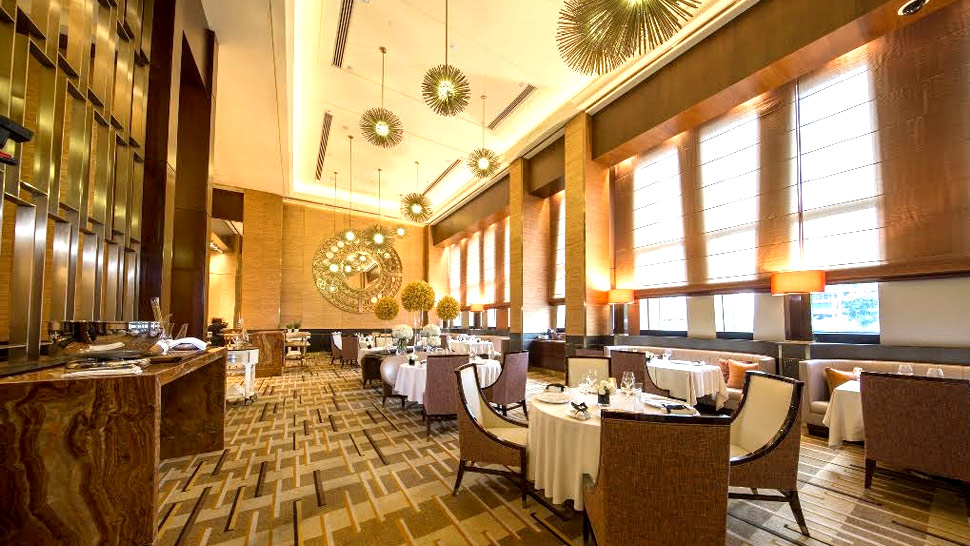 IMAGE: Courtesy of City of Dreams

Since 2014, this Little Restaurant That Could has proven that a consistent and perfectly executed concept is what it takes to keep this hipster-y, off-the-grid outpost in San Antonio Village packed. Gab Bustos’ non-traditional izakaya degustation continues to serve up inventive small plates accompanied by equally beguiling cocktails that keep young people in the know interested. An impressive feat, really, in this highly fickle scene.

David Oldani is known all over the world for his ability to create Michelin-starred concepts for very affordable prices, and when we say affordable, we mean it: some of his menus cost less than a thousand pesos. The secret is having a system: everything in his "cucina pop" ideology is calculated to maximize everything—menus are seasonal to keep ingredients affordable, seating is kept small to prevent overproduction, and even plates and glasses are non-breakable to keep expenses low. This restaurant is a businessman's dream and the degustation menus? Well, they made our dreams of quality and affordability come true. 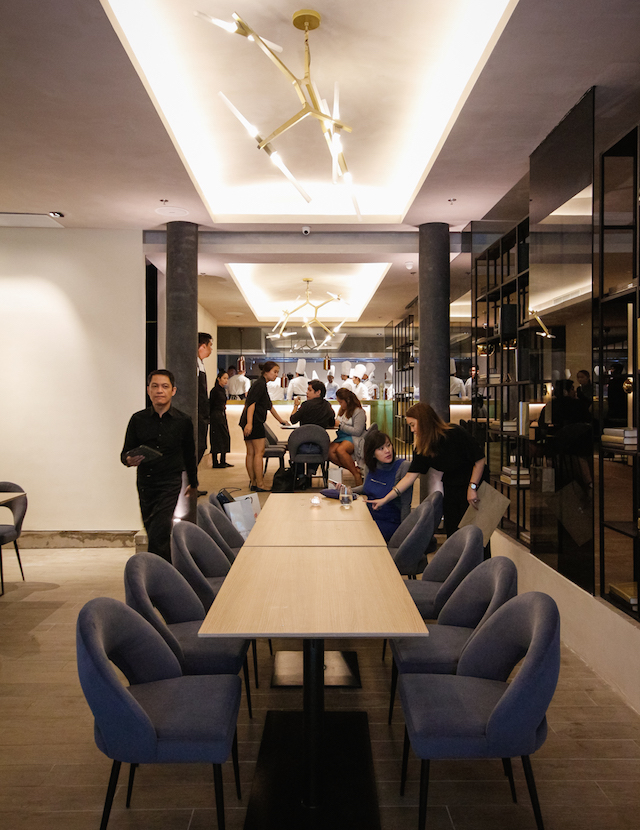 Dedet Dela Fuente demonstrates that her talents in the kitchen extend to the front of the house, beyond her delicious and creative stuffed lechon de leches. Her by-reservation-only, Filipino-themed degustation dinners are set in her own well-appointed dining room and have brought her international acclaim. Fueled by a personal mission to “make Filipino food a global sensation,” it is safe to assume that Dela Fuente has a hand in putting our cuisine on the map. 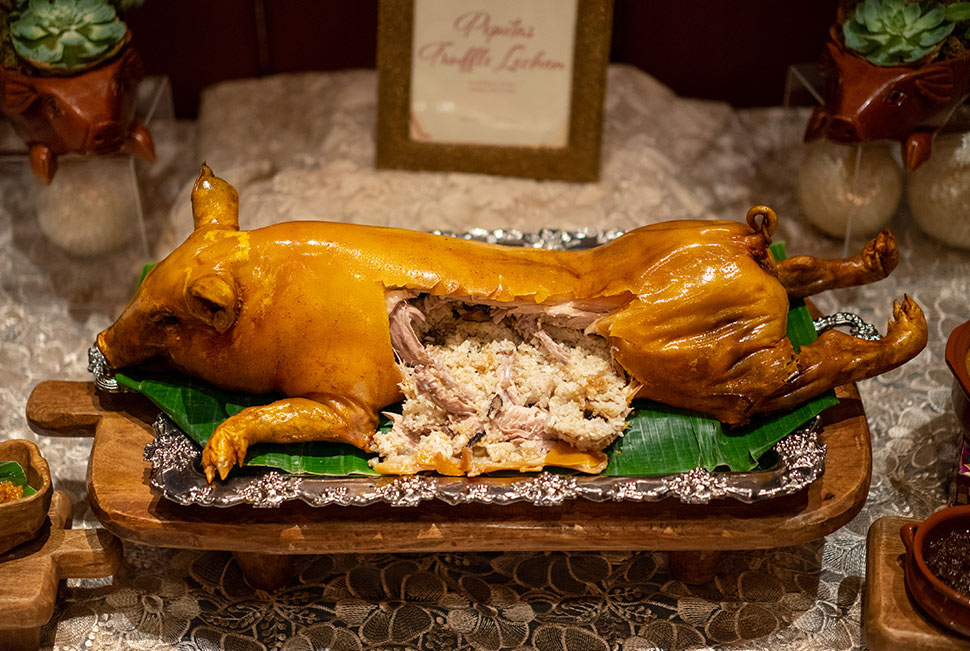 The 2018 recipient of the Miele One to Watch Award takes its cue from the local karinderya and transforms it into bespoke fine dining. It's simple when you think that the inspiration is Filipino food, but it's nothing you'll find in the usual Filipino restaurant. Chef Jordy Navarra and his team stick to traditional techniques, but produce out-of-the-box courses that still feel comfortingly familiar. 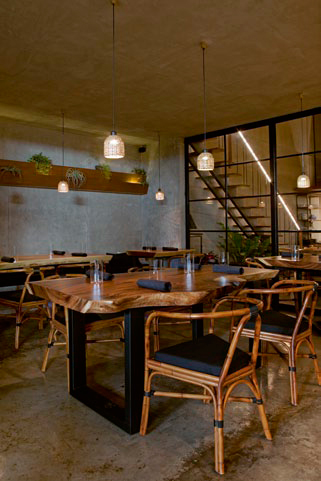 Before Helm, Boutwood was busy flexing his muscles for his earlier degustation venue. The Test Kitchen is a reservation-only space right below The Bistro Group's mad science lab. With the intense creativity in the atmosphere, it's no surprise that the menu changes every single day. It may be The Bistro Group's practice space, but we'll be the willing guinea pigs for the flavors that comes out of its kitchen. With Boutwood at the helm of Helm, a new chef will be taking the reins. We're already salivating for its opening. 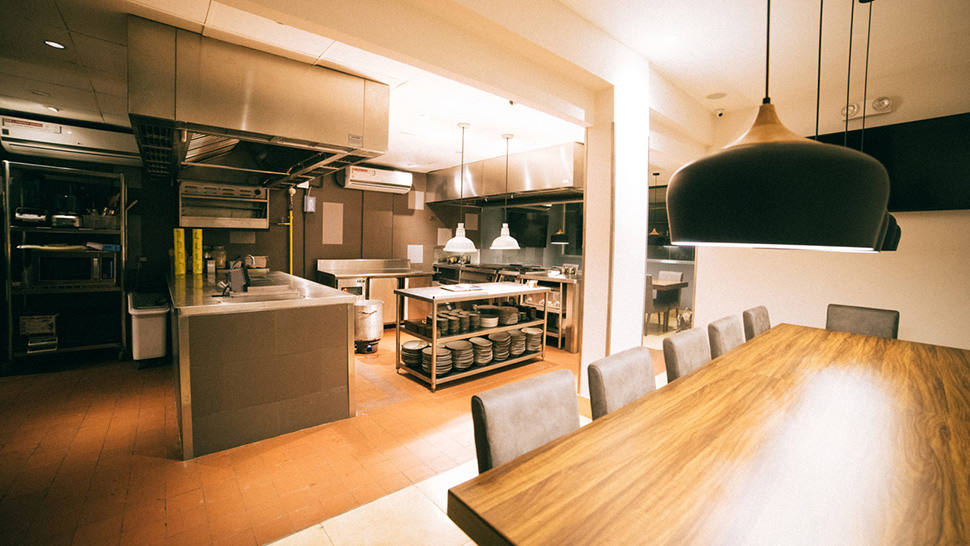 French-trained Miko Calo’s take on modern French food will surely be exciting, as Manila is already aching to see what the former L’Atelier de Joël Robuchon junior sous chef can do. A local restaurant hasn’t generated this much buzz before opening in a long time. Metronome's Instagram account promises it will open soon.

While chef Robby Goco is best known for making Greek food popular (Cyma, Souv) and healthy eating universally delicious (Green Pastures), he has also made it his mission to elevate Ilocano cuisine. Guests planning to visit the historic city of Vigan can call ahead and, for a group of eight or more, Goco’s team (headed by chef Chester Delos Velas) will prepare a modern and ingenious interpretations of pinakbet, empanada, and lomo-lomo, to name a few. Bold yet respectful of local ingredients, it illustrates Filipino food at its best.

About The Author
Jaclyn Clemente Koppe
Chinkee writes and eats for a living. By living, she means cake. Or steak. When she's not eating, she's running her own blog-shop, OneBigBite.com.
View Other Articles From Jaclyn 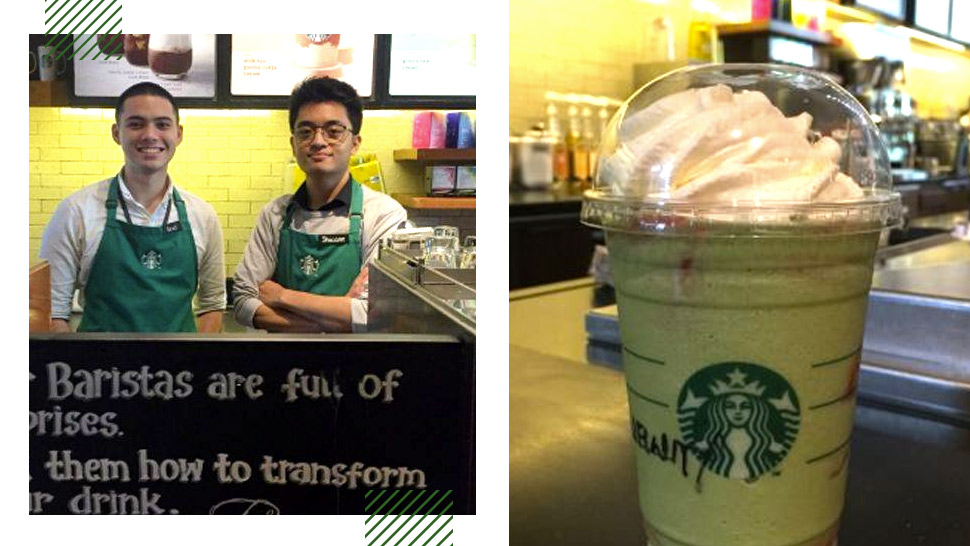 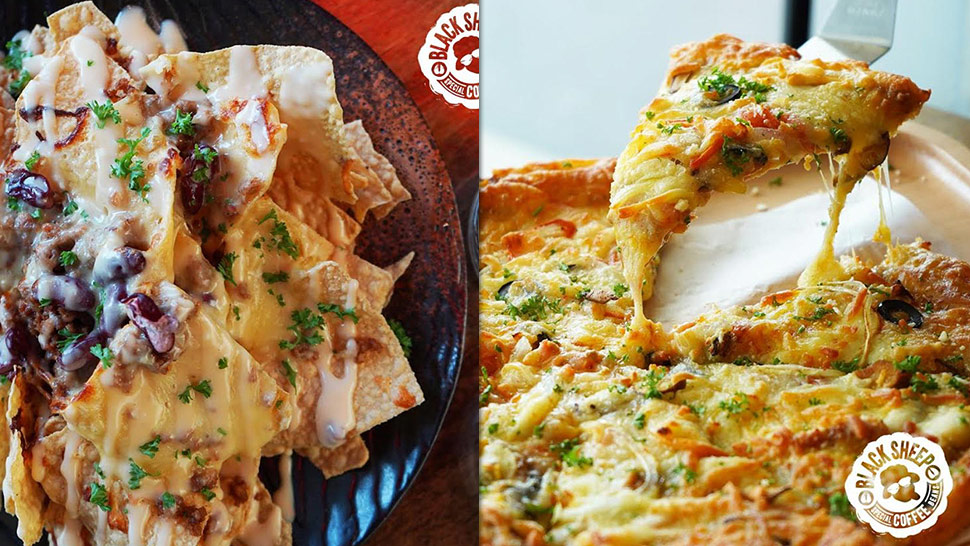