The Best Indian Restaurants in Manila

Take an exotic trip to India with these restaurants. 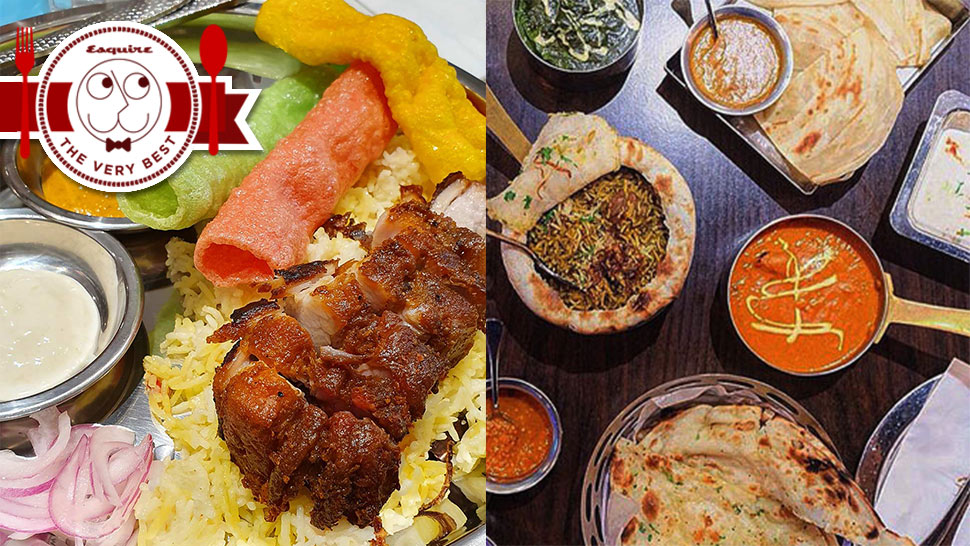 When you ask an Indian friend where to find the best Indian food in Manila, the prompt answer will always be: "At our house." Well, you can see how that presents a few problems, overstaying being one of them. Your friendship may not last long if you keep turning up, uninvited, with a hankering for samosas.

Indian food, with its diverse colors and exotic spices, is one of the most intoxicating cuisines in the world. It's distinct yet still varied, with options that appeal to any type of palate, including vegans. Whether you're a fan of palak paneer or you're jonesing for chicken tikka masala, it's no doubt Indian food is one of the most beloved in the world. In 2015, scientists even studied 2,500 Indian recipes to find out just what makes this cuisine so good.

The answer is fascinatingly found on a molecular level. Scientists broke down the dishes to their ingredients and viewed them under a microscope. The Washington Post reported that some of the world's most loved dishes, like peanut butter, share overlapping flavor compounds. Asian cuisine, particularly Indian, in this case, usually goes the opposite way. With 2,500 recipes and around 200 ingredients that compose them, researchers discovered flavor sharing in Indian cuisine is significantly less than expected. The scientists also noted items like cayenne, green bell pepper, coriander, and garam masala—common in Indian cuisine—are unlikely to find others that share their flavors. Mystery solved.

We love Indian food and more so if it's from a cozy Indian home, but while we're still waiting for that invite, we have some of Manila's best Indian restaurants to sate our cravings.

Three years since it opened just beside Century City Mall, Royal Indian Curry House (or RICH) continues to be the talk of Indian food-loving folk in Manila. Run by brothers Vijay and Puran Gurung, RICH draws you in with established Indian favorites, like rogan josh and palak paneer, but takes you to a more delicious culinary escapade around India with options like and idli sambar. The brothers were actually born in Nepal, so hints of Nepalese cuisine are also injected in the extensive menu. With its shiny purple chairs and glitzy interiors, RICH definitely gives you an opulent Indian experience.

This popular Indian restaurant on Bolanos is the fulfillment of a dream. Its owner Ranjit Chimni had always wanted to open a restaurant, but stayed with his job for 15 years before finally taking the leap in 2016. Mantra Bistro focuses on specialties from Northern India. The food here is more tomato-based and the menu really puts the restaurant's tandoori oven to work. Smokiness, sweetness, and brightness show up on every plate, a perfect balance every time.

Established in 1975, Kashmir is the first Indian restaurant in Metro Manila. Its history actually started much earlier—when a trio of Indian women decided to share their home-cooked meals in a pension house. Despite a change of hands in ownership through the years, Kashmir has managed to stay consistent and become an icon of Indian dining in the Philippines. In fact, its adaptability to the changes in Manila's restaurant dynamics is probably a factor in its longevity. Apart from the original restaurant on Arnaiz, Kashmir has opened a deli in Forbes and a street-food-based establishment in the trendy Poblacion.

The fact that this restaurant is always full of Indian ladies who lunch should be enough of an indication that Annapoorna is doing something right. The "secret" behind Annapoorna's success is how it integrates top-quality ingredients with home recipes. It also takes the diner on an international spin of Indian dishes from all over the world, showing just how far this cuisine has come.

This Kapitolyo haunt may not serve the most conventional Indian dishes, but the menu is based on owner Cyrille Addison's childhood. Addison, who runs the restaurant with his sommelier wife Pierre, had a more cosmopolitan upbringing, growing up in the U.S. then moving to the Philippines to work for the Raintree Group. With a philosophy that asks you to look beyond geography and zero in on flavor, the food at Ricksha reflects his upbringing: It is modern, cool, and inventive with still an obvious reverence for tradition.

Originally just another stall in United Alley, this colorful restaurant relocated to a much more visible location on United Street. It's a smart move, especially because owner and chef Aldrin Suprosa created his restaurant to introduce this complex cuisine to a wider audience. With a menu that captures the essence of this cuisine, Naan is the perfect gateway to a love affair with Indian food.

Om is owned by the affable Suman Gogna (mother of radio host Sam YG). It's an extension of her dinner table and home, offering a space for people to relax and just enjoy good food. The name "Om" comes from a symbol in Hinduism. It is a sacred and spiritual sound, as well as the mantra of the Hindu god Brahman. While the entire place is designed for unwinding, we won't blame you if you go absolutely nuts for Ms. Gogna's amazing chili sauce. We've all been there.

Though Indian food in Manila used to be synonymous to New Bombay—its numerous branches make it an easy answer when a curry craving hits—we have to admit that it fell off the radar when so many other restaurants opened and introduced new cuisines to the local palate. Consistency also varied per branch. However, in 2018, New Bombay decided to step up to the challenge, opening New Bombay Royale in Taguig. It's essentially an amplified version of the restaurant that introduced so many of us to Indian cuisine: bigger venue, better service, better quality, better everything.

You can't really beat a classic. This hole-in-the-wall has been curbing Indian cravings since 2003. It's run by husband and wife team Sanjay and Komal Khanchandani Swagat and while restaurants like RICH and Mantra cater to a more upscale set, Swagat keeps things homespun—even after moving to a nicer location—and it's not surprising to see one of the owners fussing over customers. Swagat is the reincarnation of Sangam, Komal's original canteen in a Makati office. While it uses authentic Indian spices sourced from the couple's frequent trips home, Swagat has adjusted to the Philippine palate, which is no big deal, especially since it remains delicious—and it's probably the reason the restaurant has lasted this long.

You can't beat the affordability of this little Indian restaurant in Quezon City. It's the perfect sanctuary for vegans and vegetarians, offering powerful spices and flavors for a bargain. Little India is committed to using pure and fresh spices, no artificial ingredients, no meat, not even egg.

It's ironic that this seemingly unassuming establishment on Greenbelt 3's restaurant row is home to fiery Indian cuisine. This place has been around in such a competitive arena since 2004, which is enough proof that only good things come out of its kitchen. During the day, the place is usually empty—imagine a bar on Sunday morning—which makes it the best time to grab a table and relax with your favorite Indian dish. At night, it transforms into a slice of Indian nightlife, complete with shisha, belly dancers, and Bollywood performances. Whatever time of day you come, you get the same delicious food. (By the way, Queens at Bollywood originally had 400 dishes on its menu before scaling down to a small selection of 200+.) 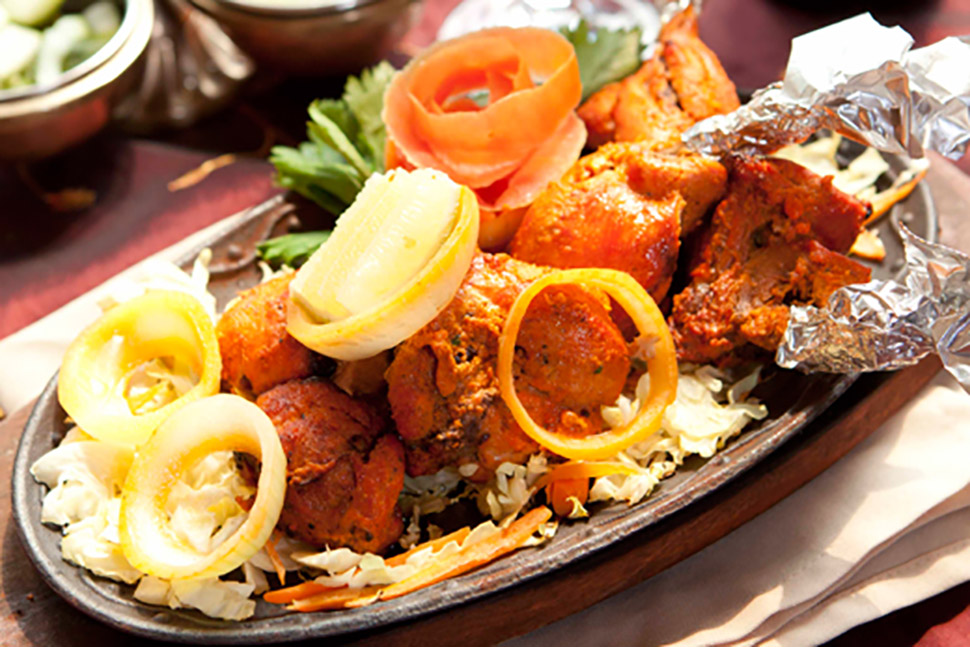 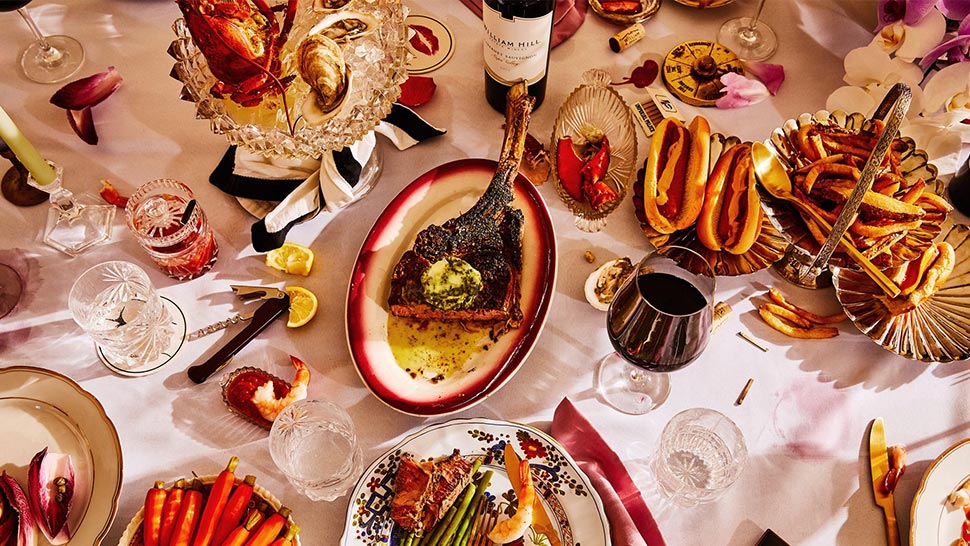 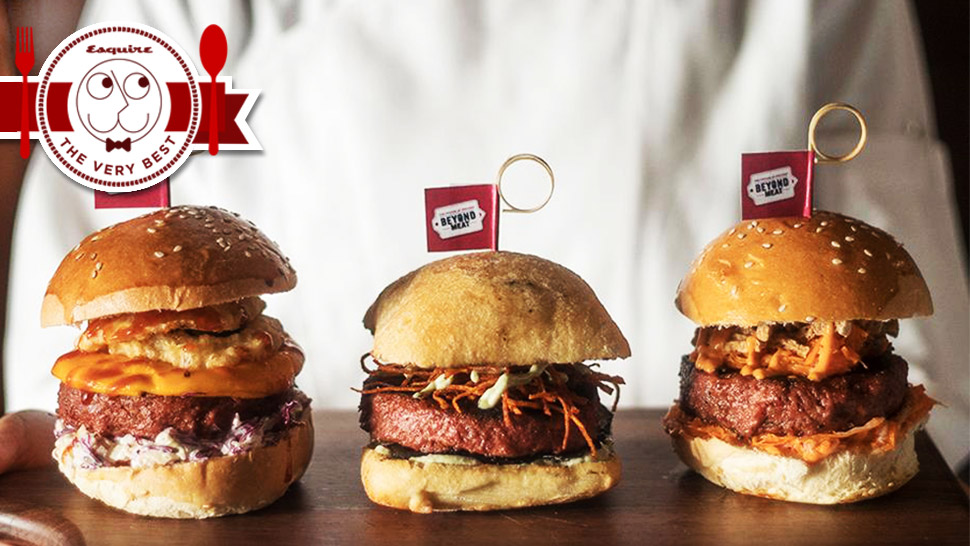