The 8 Best Pizzas From Around the World

Break out your passport. 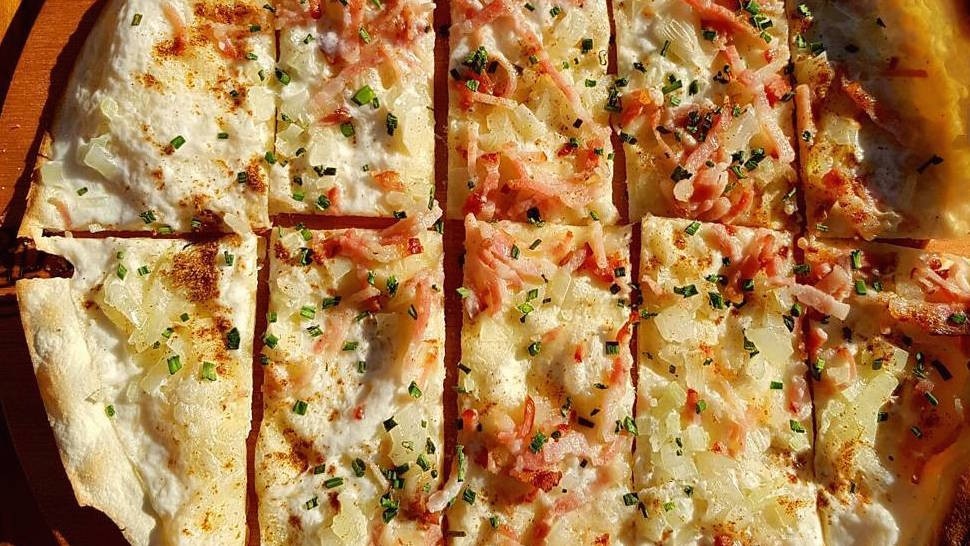 Pizza is the stuff of gods. It's a dish that truly brings people together to share cheesy, greasy carb-loaded goodness. And no matter who you are or where you're from, there's probably a particular way you like your slice. Check out the best pies from around the globe:

Pizza Berlusconi is a bit out there. In addition to pretty standard toppings like tomato, cheese, chanterelle mushrooms, and red onions, it includes smoked reindeer.

Tarte flamée is the Alsatian equivalent of pizza. It's a super thin crust topped with crème fraîche, sliced onions, and lardons (cubed or sliced pork fat that's similar to bacon).

Flammkuchen is similar to France's take on pizza because it's also topped with crème fraîche, but the German version uses smoked bacon, and fromage blanc or quark (which is similar to yogurt).

Carb and cheese lovers, get yourselves to Hungary. Here, pizza is super doughy, super cheesy, and super garlicky. Lángos is also slathered in sour cream and extra cheese. Mmm.

Okonomiyaki is a cross between a savory pancake and pizza. It's a genius combination whose garnishes vary by region, but you can typically find cabbage, pork, bonito fish flakes, an egg, and okonomiyaki sauce.

Pizza for breakfast? We're so down. In Lebanon, spicy flatbread is a given in the morning. Dressed simply in oil and spices, this flatbread is called manakish and it looks divine.

Street food is a pilar of good eats in Poland and this pizza-sandwich hybrid—a.k.a Zapiekanka—is no exception. The hand pie is essentially a baguette that's been covered in cheese, mustard, onion, and mushrooms and then baked. And it's finished with ketchup.

This pretty flatbread is called coca and it's traditionally topped with Spanish sausage and an array of vegetables. It tends to have much more oil than its American counterpart, but we're definitely not complaining. 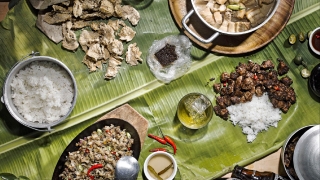 Cook the Best Pork of Your Life 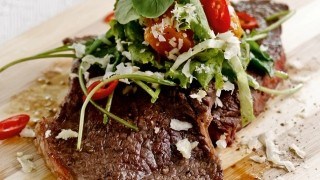