Brunch, According to Bruce Ricketts

There were no eggs in sight at the La Chinesca x Singleton crossover. 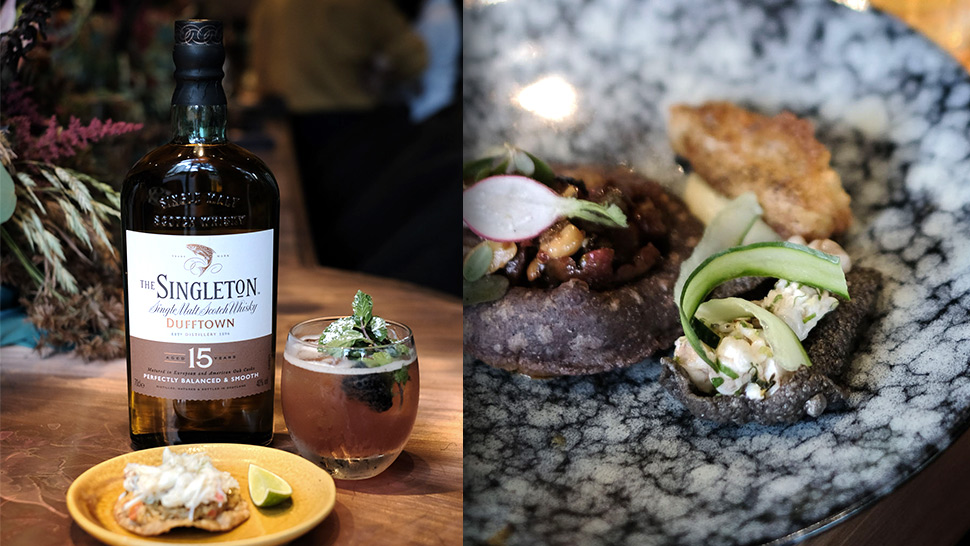 La Chinesca’s Bruce Ricketts and wife Jae Pickrell invited us to an unconventional food and cocktail pairing for Sunday brunch. Let’s just say there was absolutely no egg in sight.

“We apologize for keeping you away from your families this Sunday afternoon,” the fashionable hostess, Jae, says as she welcomes us to lunch. However, judging by her sly smile and the glint in her eyes, she is truly far from sorry.

For one, she can be sure there will be no complaints about the food. She narrowed down her guest list by fulfilling a single requirement. “I invited you because I know you’re a La Chinesca fan,” she jokingly tells one of her painfully chic friends. But then, at this point in chef Bruce Ricketts’s career—who isn’t? 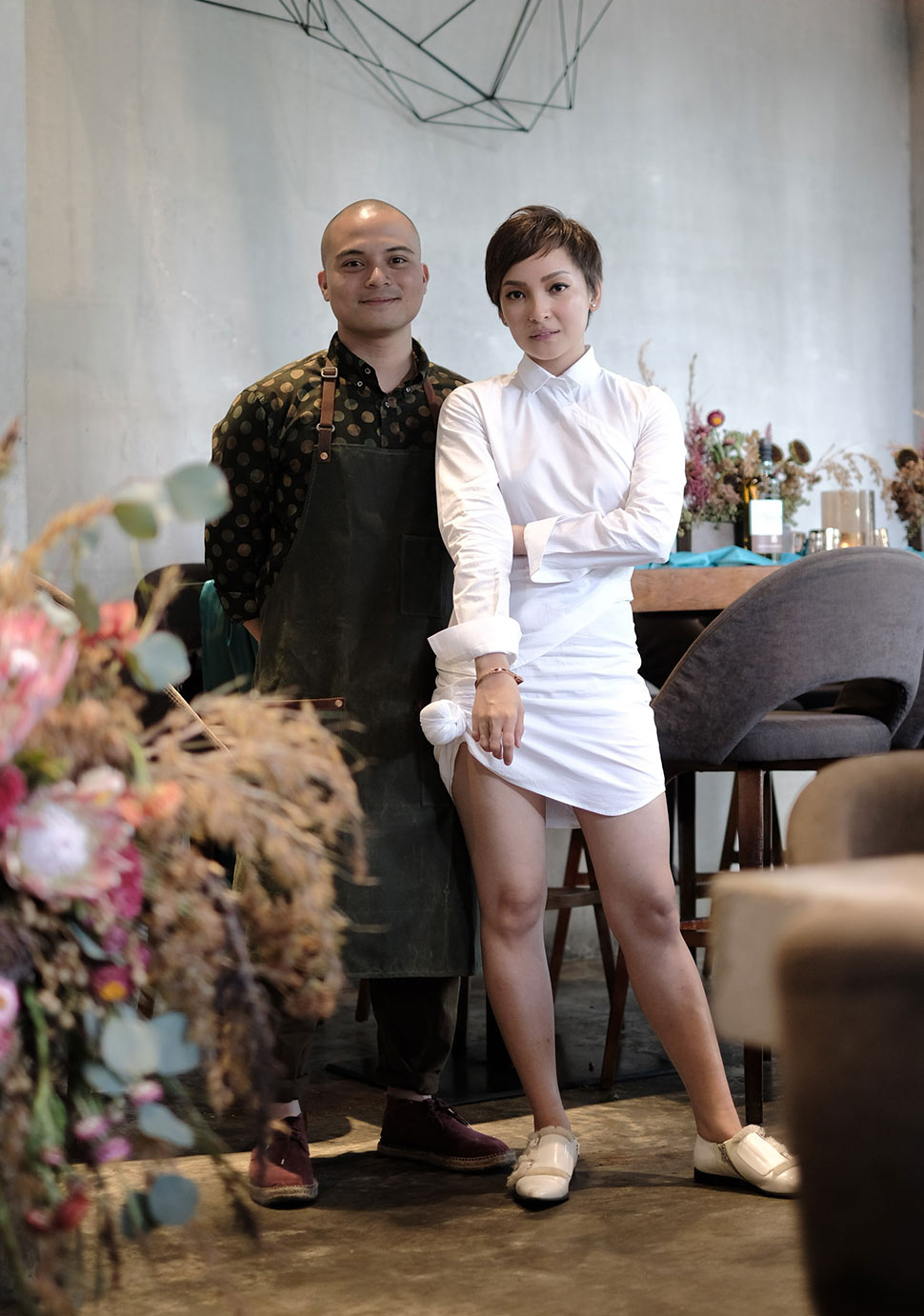 Ricketts, aside from being Pickrell’s husband, is the local food industry’s resident bad boy. His cooking style is self-assured, innovative, and fearless. Rickett’s lack of classical training appears to be his strength, freeing him of biases and constraints and making it natural for him to switch genres as he pleases, from Japanese to Mexican and back again.

La Chinesca, his taco shop, is just as Mexican as it is something Ricketts concocted in his rebellious style. Which is why he admits that his collaboration for the boozy lunch with single malt whisky brand Singleton is an inimitable match. Singleton of Dufftown, from the Speyside region of Scotland, is particularly peculiar and unlike the cookie-cutter image of a single malt. Veering away from the typical peaty flavor and smoky aroma, Singleton of Dufftown is best described by Diageo scotch brand ambassador Ervin Trykowski as “fresh and fruity, with lots of green apples and tropical fruit in the nose.”

Rickett’s designed three dishes to complement the characteristics of the Dufftown’s 12-, 15-, and 18-year-old whisky, each with their own distinct personalities. This dispels the notion that older is better, considering that the inherent flavors in the different ages appeal to each person’s preference. It really depends on who’s drinking. 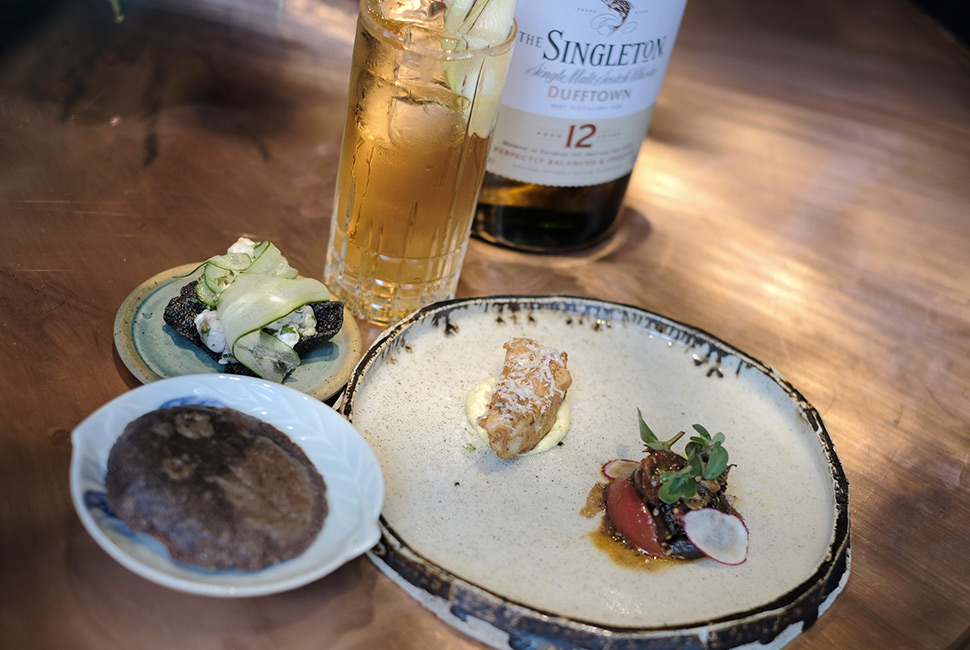 “In La Chinesca, we like to bend the rules. But, when we have Mexican chefs visiting the restaurant, they recognize the flavors,” Ricketts explains. “They understand what we’re doing.” He illustrates this calculated rebellion with an appetizer platter collectively labeled “Baja Bites.” A bean infladita cupping tomato, XO macha, and purslane is reminiscent of Indian panipuri. The Baja-style fried halibut is powdered with Parmesan and lies atop yuzu alioli. An outstanding arroz Mexicana is luxuriant like a risotto and the tender slices of octopus is a nod towards both Tsukiji market and the Mediterranean.

Trykowski, aided by Diageo Philippines Bartender of the Year 2018 Lester Ligon, complements the appetizers with a highball using Singleton of Dufftown 12, soda water, and apple soda. We admit to Trykowski that while his concoction is very refreshing and easy to drink, we’re resisting the temptation to chug it down for fear of looking like lushes. “Don’t even try,” Trykowski kids, “You’re drinking on a Sunday afternoon. You already look like lushes.” 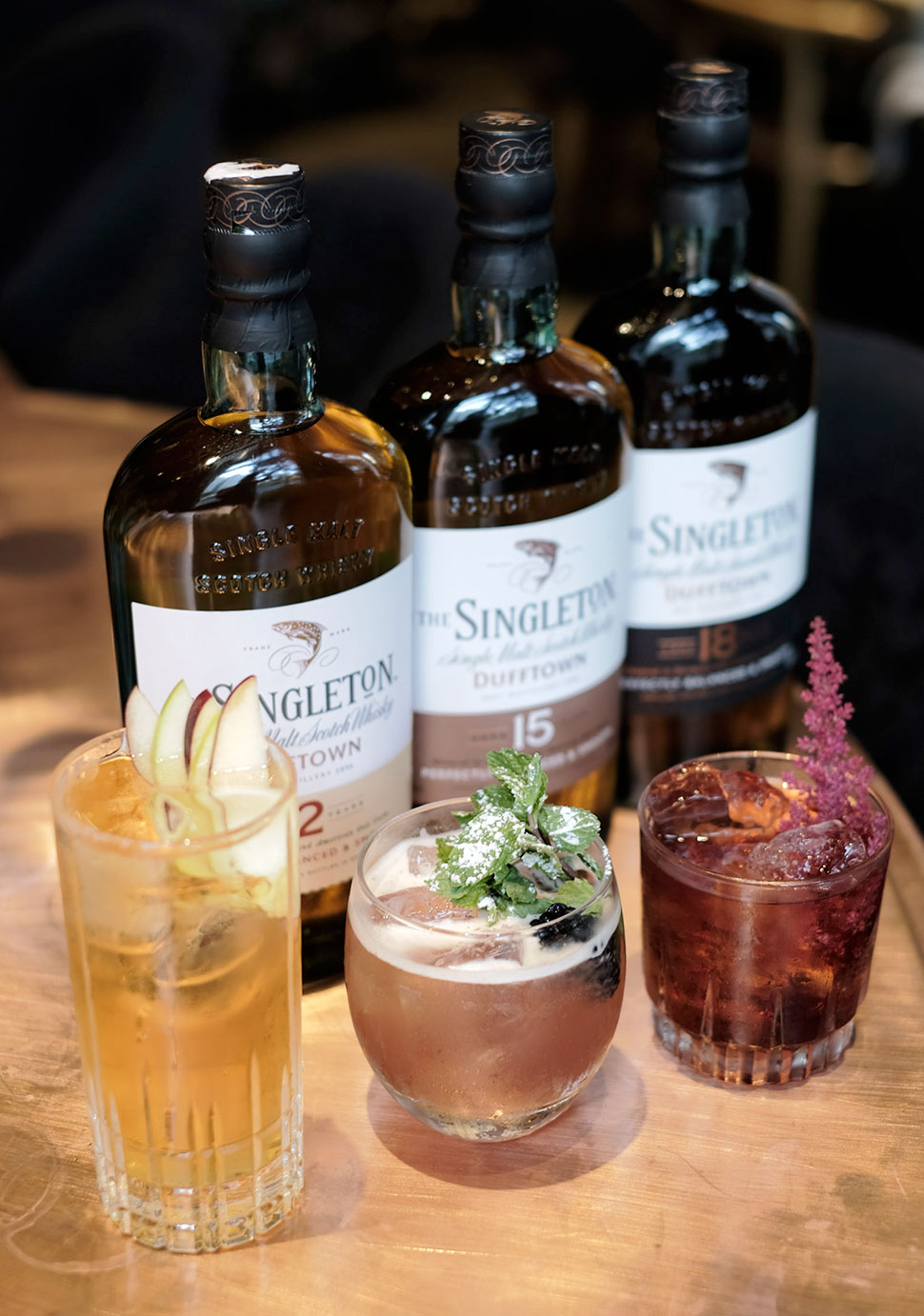 The Scottish charmer prepares a more complex elixir with the Dufftown 15 to go with its spicier (think cinnamon and honeycomb from toffee apples) flavor profile. His Barley and Bramble was prepared using the 15-year-old single malt, lemon juice, creme de mure, and honey. The dark berries played well with Rickett’s king crab tostada lined with a brine-y uni sofrito and chili. “Make sure to squeeze that lime very well (over the tostada), “The chef instructs. “I made sure my supplier had it ready for this event.” 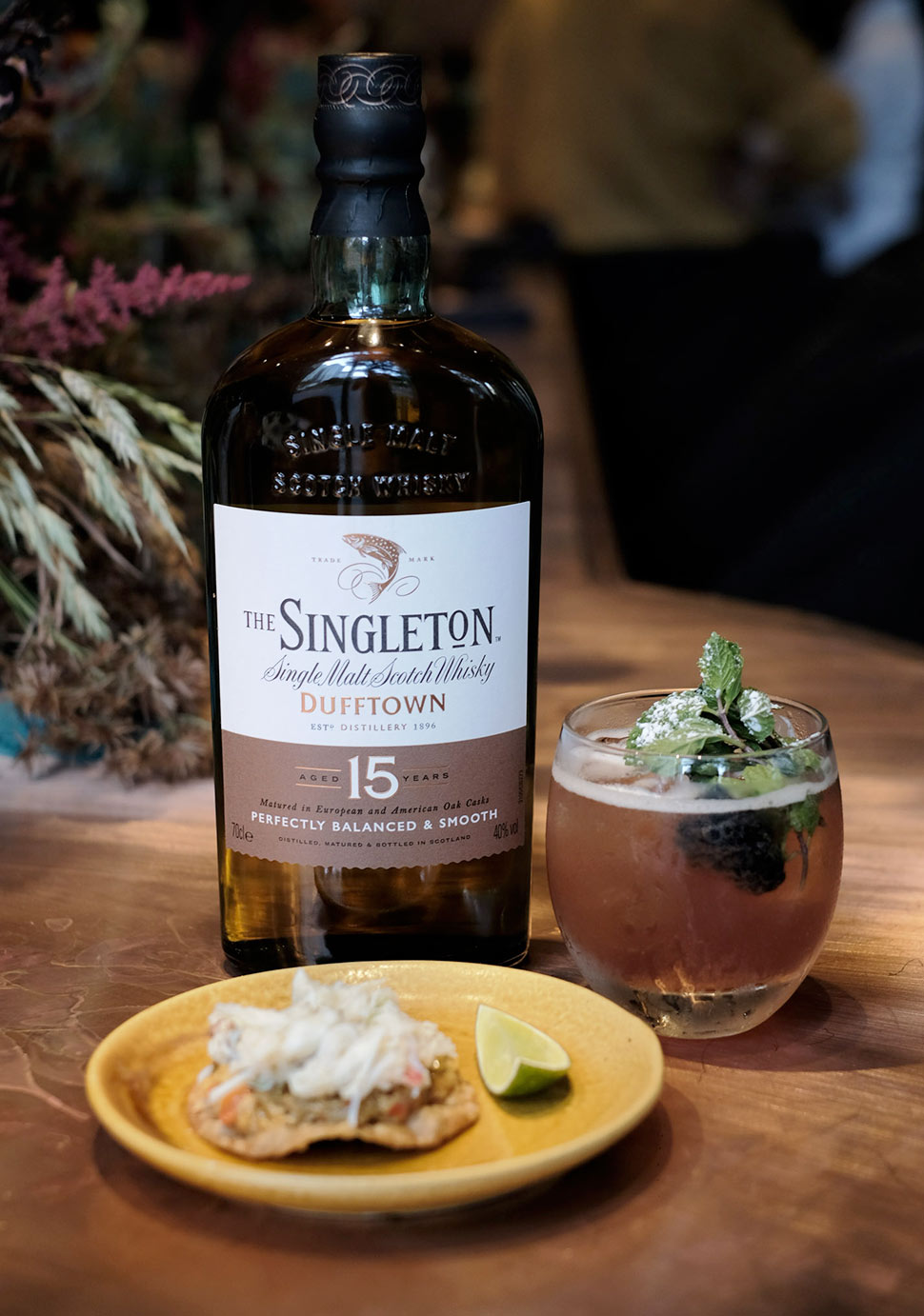 The usually reserved and pensive Ricketts is in a light mood, gamely pushing around the brass cart carrying the last course he plans to serve table-side. Trykowski paired it with a deceivingly simple cocktail of Dufftown 18, hibiscus tea, and cola which was beautifully balanced and complemented the whisky’s inherent ripeness and oakiness. 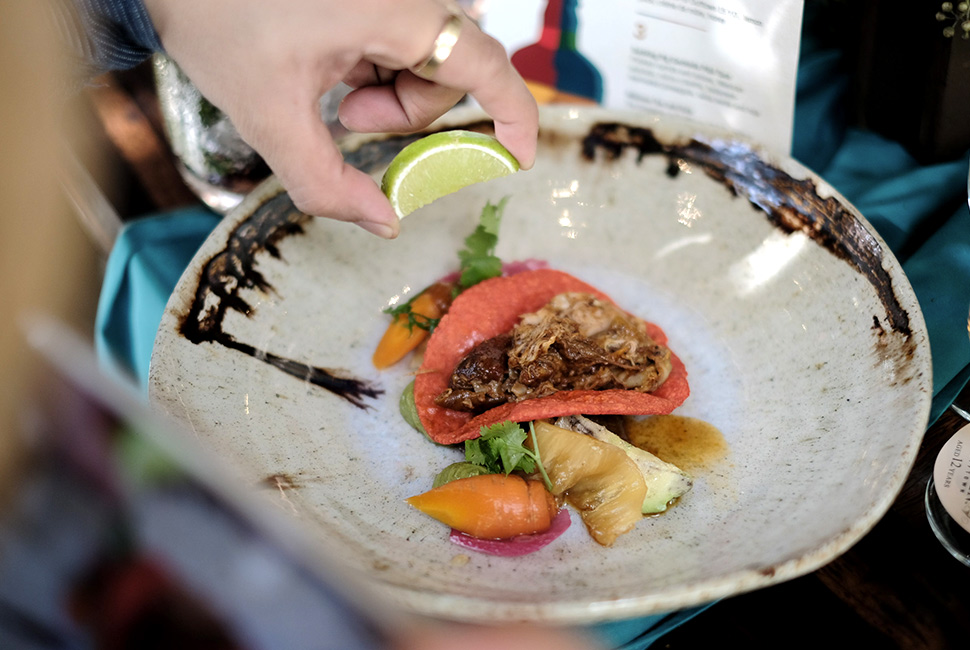 Cooking since 6 a.m., this suckling pig cochinita pibil is marinated in achiote and lime. It was served with a gorgeous Singleton of Dufftown 18 cocktail with hibiscus tea and cola.

Covered in banana leaf is a suckling pig cochinita pibil which has been cooking since 6 a.m. that day, marinated in achiote and lime. The super juicy flesh is placed over festively colored corn tortilla and adorned with your condiment of choice: pickled carrots and onions, avocado, cilantro, habanero-marinated pineapples, salsa verde and roja. Ricketts gives life-changing advice on how to eat our tacos. “Just pick the condiments you want for each bite,” he suggests, “Not all at once. Go with the ones you prefer.”

Great advice that applies to life in general. La Chinesca and Singleton of Dufftown are both renegades who march to the beat of their own drums but without disrespecting the tradition that is the foundation of their crafts. Diageo marketing director Cesar Gangoso stresses, “Both are casual, laidback, and unafraid to go a little bit against the grain. But, at the same time, there is deep respect for tradition and the processes by which their products are made. It was the perfect match.” 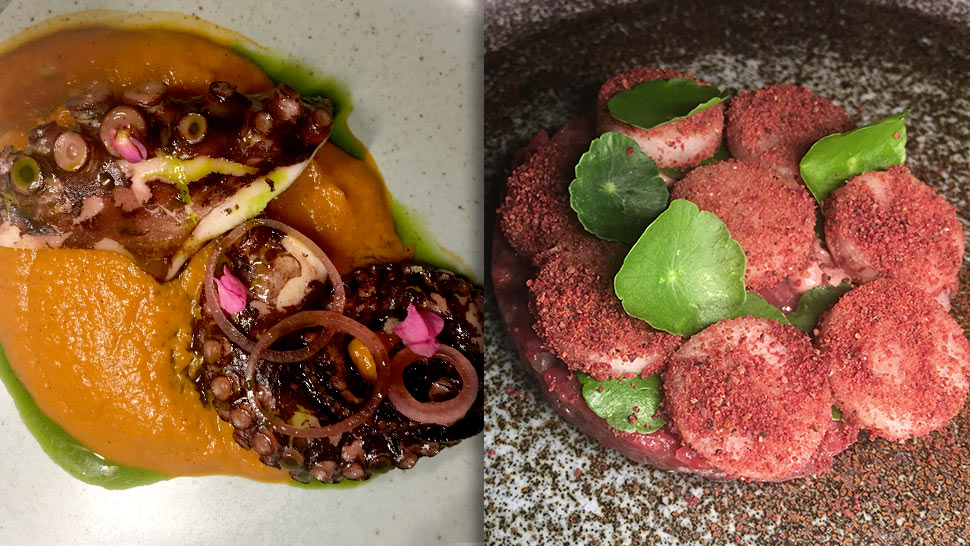 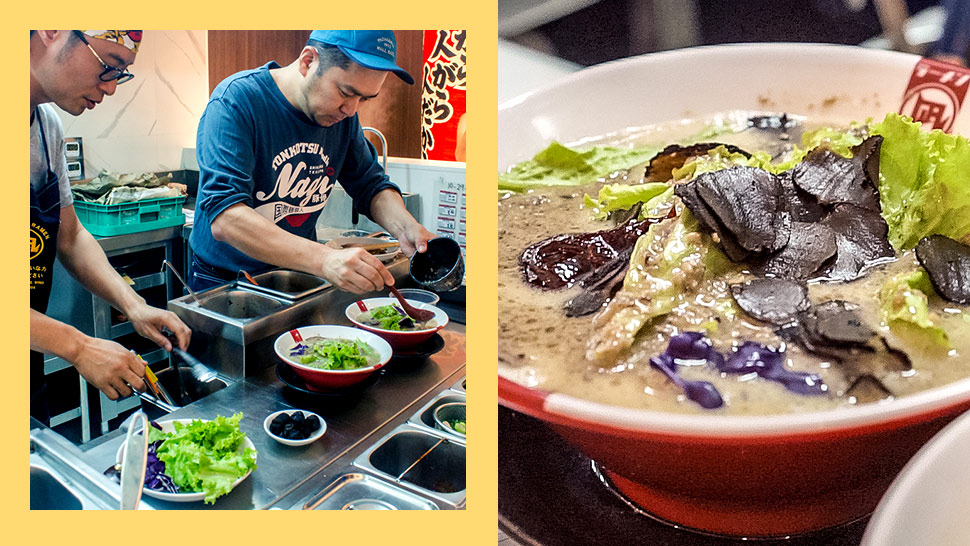 Here's the Right Way to Enjoy a Good Bowl of Ramen, According to the Founder of Ramen Nagi
All Photos
Comments
View As List