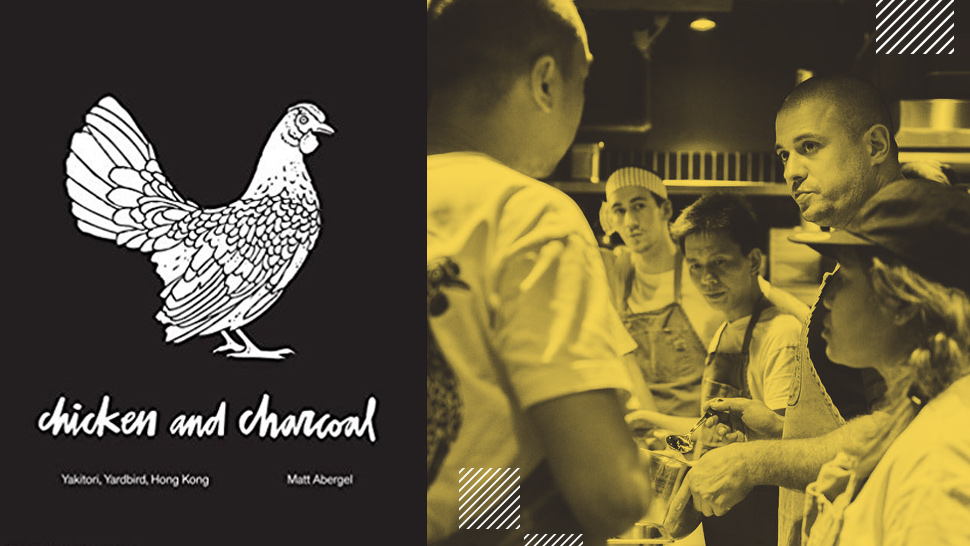 If we had more time, I'm pretty sure that Chef Matt Abergel would still be talking about chicken right now. The chef of Hong Kong's popular Yardbird snuck out for a quick cooldown as he wraps up the first of a two-night special dinner in Manila.

The topic choice is unsurprising. Yardbird, after all, is an izakaya-styled eatery famous for their chicken dishes and beak-to-tail philosophy. Abergel is also in the country to launch his cookbook Chicken and Charcoal: Yakitori, Yardbird, Hong Kong, one quick stop in a grueling world tour.

"Chicken, you know, it's so underrated."

"My favorite way of cooking chicken is really just yakitori. Salt and that's it."

"You really need quality chickens to be able to really elevate it."

"Chicken, you know, it's something everyone can enjoy."

The truth is, no one will ever be able to get you fascinated about poultry the way Matt does, from how he puts it on the plate to how he describes it. Matt speaks not with the insufferable drone of someone who wants you to know how much they know, but with the warm passion of someone who clearly loves something so much, they want to convince you to love it too.

"It's hot inside," he says, pointing at the kitchen. We sit just outside the soon-to-open Chino MNL which he has partly taken over, and he is clearly making the most out of this short break. Matt slowly slides off his black clogs and stretches out his socked feet. You can tell right away even if you haven't been to Yardbird (or their other establishment Ronin, ranked 41 in Asia's 50 Best Restaurants list) that this is a man who doesn't make too much of a fuss over thing. More than the food, Yardbird is known to relax the famous brusqueness of Hong Kong service.

Matt won't hover at your table tapping his foot as you drink water because another customer is waiting. He won't watch you bring the chopsticks to your lips, telling you the step 1-2-3 way to enjoy his food. The way some of his best dishes only use three ingredients, Matt is the type of chef who won't overcomplicate things that don't need overcomplicating.

"The problem with chicken is that most people don't want to pay for it. They say it's just chicken, it's common, it's supposed to be cheap," he explains. Part of that is actually why Matt prefers chicken. "It's an all-season dish. You see it everywhere but you can also enjoy it during celebrations."

"People are willing to pay big money for beef and seafood, but they stick up their nose at chicken," he reasons. "There are chickens that are really bred for quality."

I ask us about the chickens in the Philippines and he gives a sheepish shake of the head. "It's different when it's produced for the mass market," he explains simply. "In Hong Kong, we have this triple yellow chicken and you can really taste the flavor. They don't use antibiotics or anything like that." The main difference, he expresses, is that more people are willing to pay for chicken like that in Hong Kong.

A cookbook has always been Matt's dream and he's revised his recipes for the home cook who wants Yardbird like dishes on their dinner table. "What I want people to take away from my cookbook is to really make it their own," he says. But more than the recipes (yes, the sweet corn tempura included), the best takeaway from Chicken and Charcoal: Yakitori, Yardbird, Hong Kong is the appreciation for finer flavor—that finer flavors demand appreciation and deserve a fair price.

We step back inside the restaurant and it is chaotic with laughter. Two things are being celebrated tonight—Chicken and Charcoal and Chino MNL's recent opening. For the occasion, the two Hong Kong eateries collaborated for a special menu that highlighted the best of their restaurants. 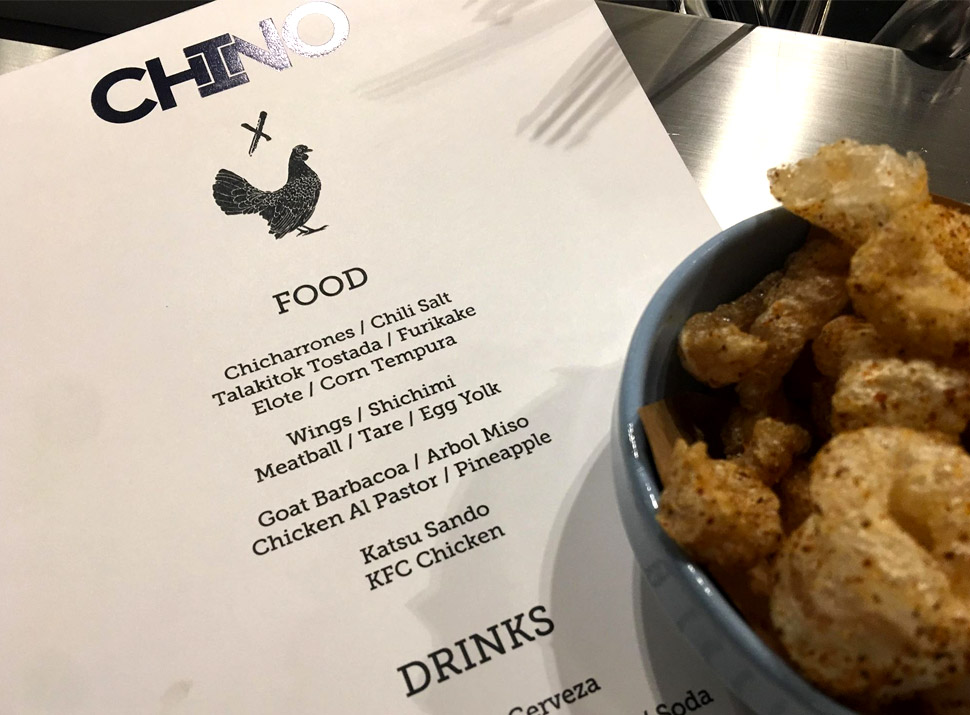 The heavy flavor of this chicharonnes is cut by chili salt. 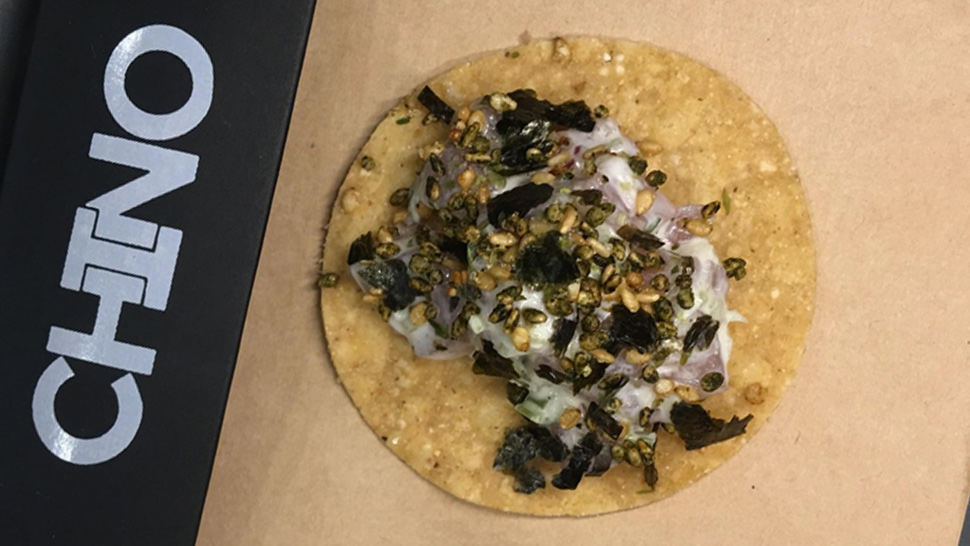 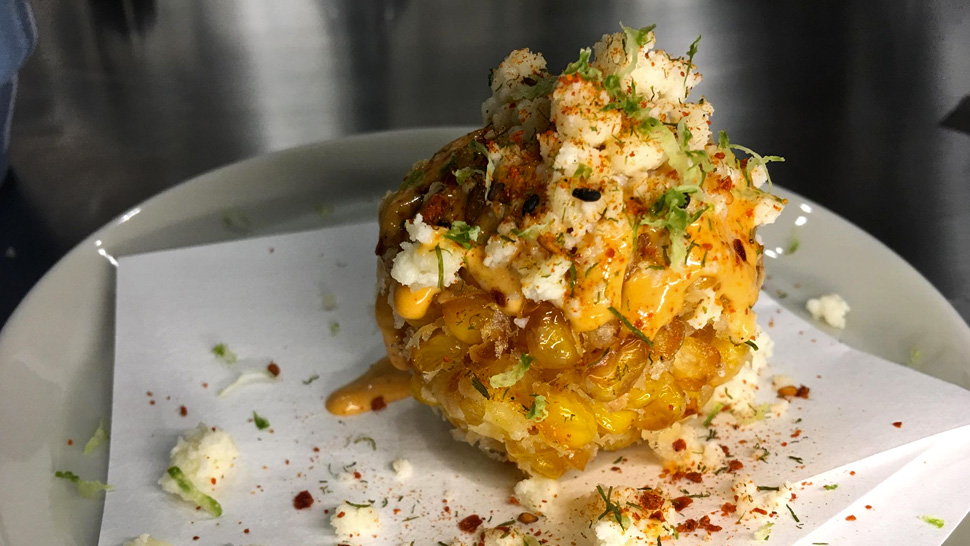 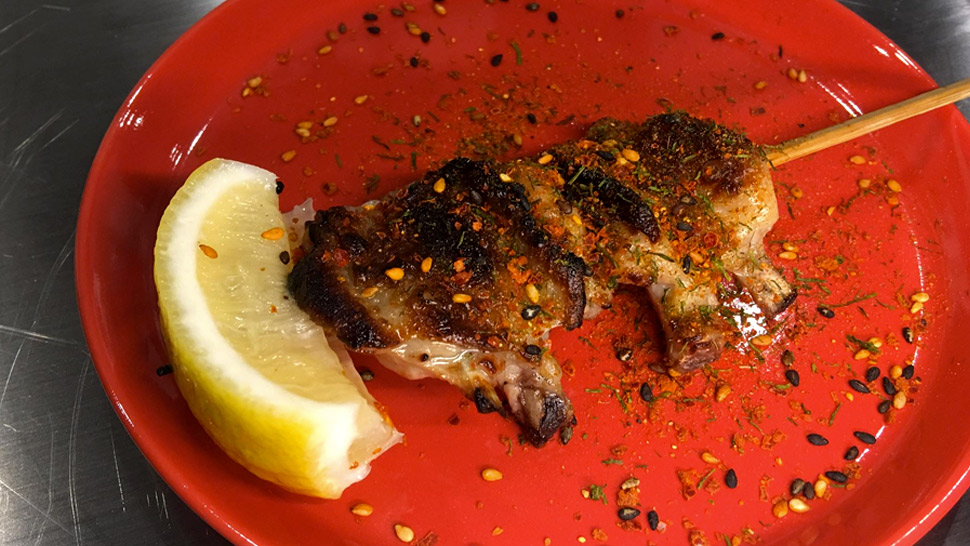 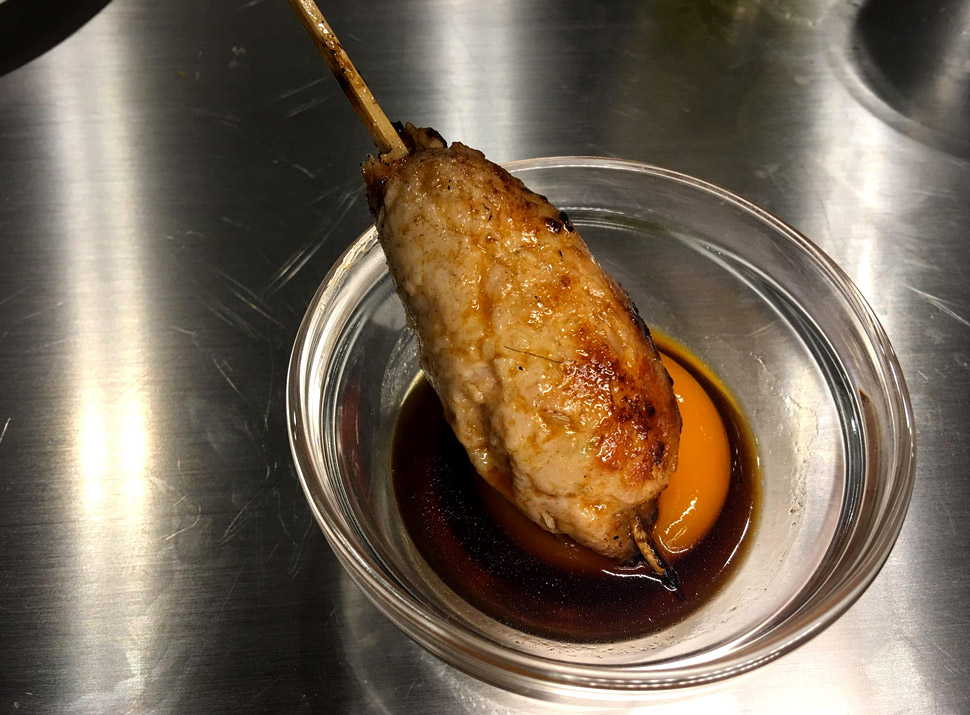 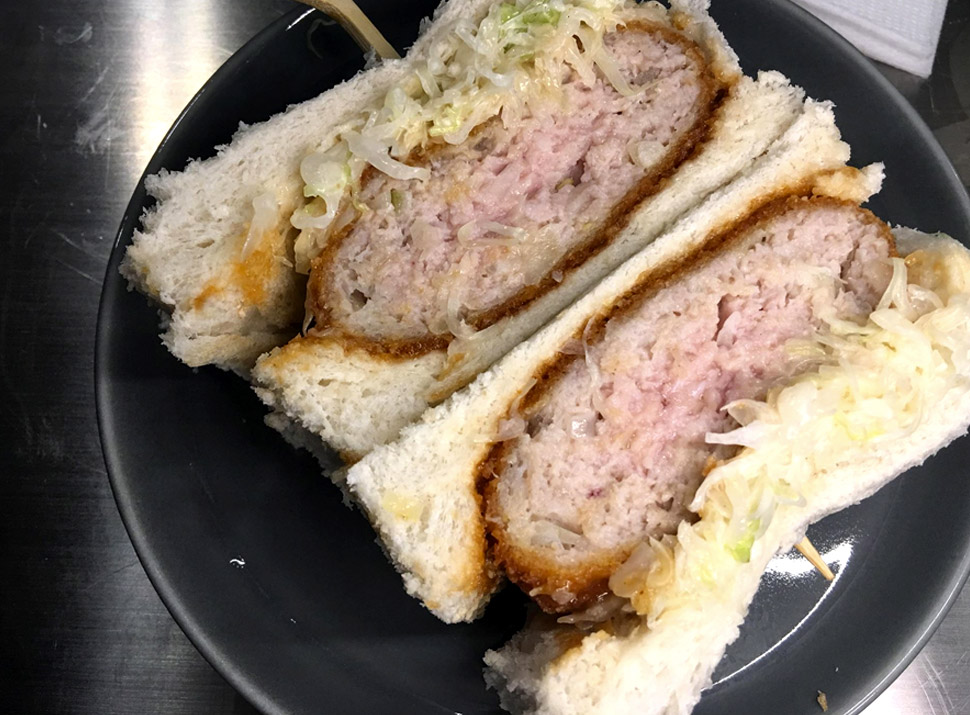 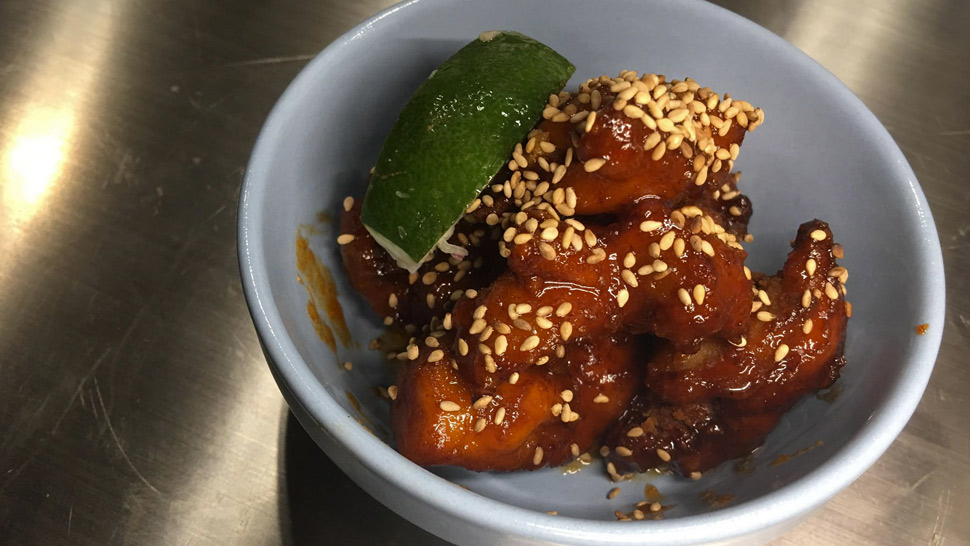 The dinner planned by two friends—Abergel and Chino chef and owner Erik Idos—was an unforgettable celebration of flavor. Thankfully, at least Chino is here to stay. 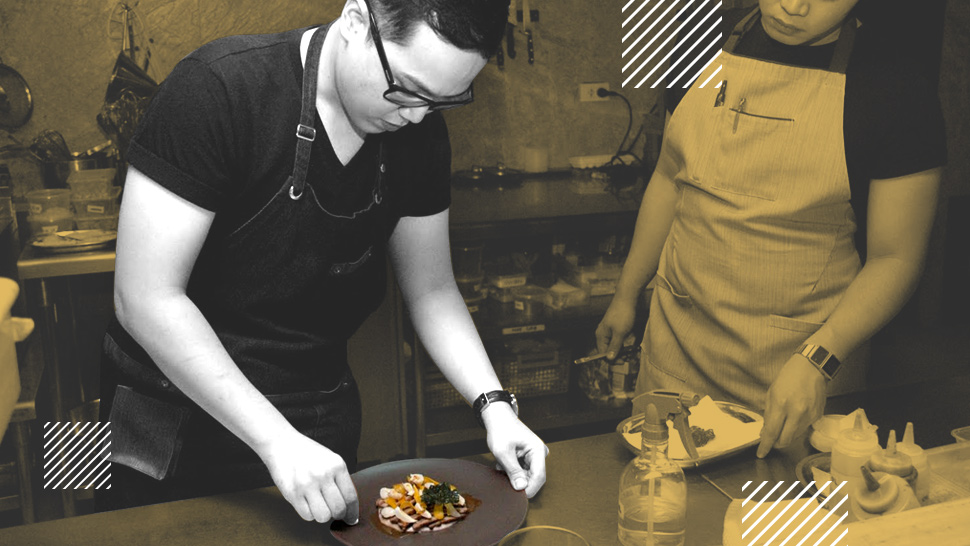 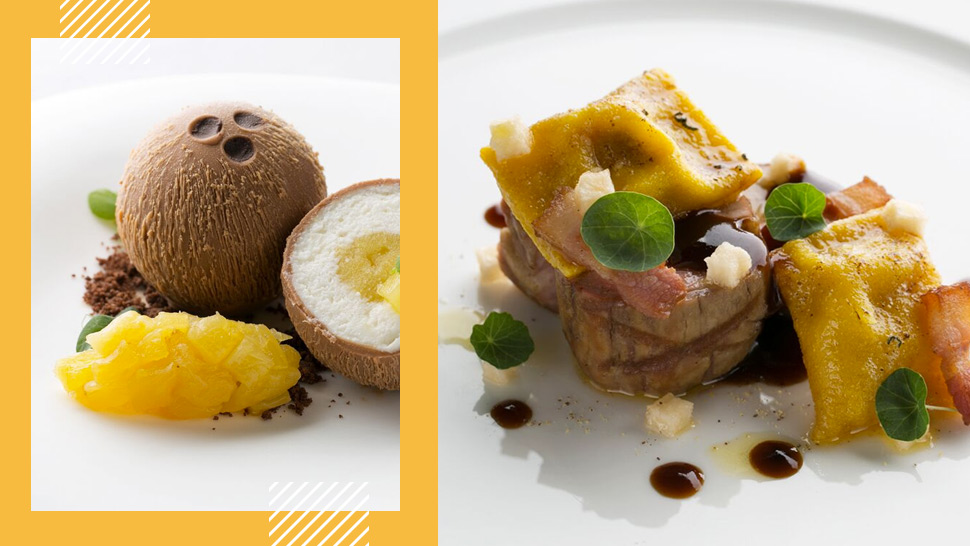