Why Clean Eating Is a Dirty, Dirty Lie 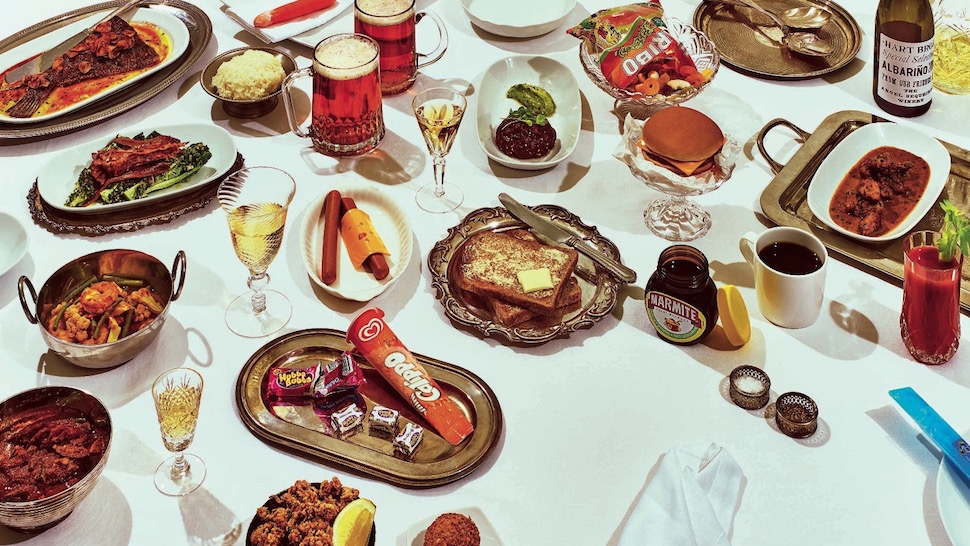 My name is Tom and today I am…two pieces of brown toast, Hovis I think, spread lustily with butter and Marmite; one Herta frankfurter, fridge-cold and impotently floppy; one slice of processed cheese, the cheap, lurid corner shop shite that bears about as much resemblance to real dairy as I do to a Friesian cow; one cup of proper coffee, black as tar; three pieces of Outrageous Original Hubba Bubba Max; one McDonald's cheeseburger; one Bloody Mary; one glass of chilled manzanilla sherry; and another; two ham croquetas, gently oozing; a crisp, lemon-soaked pile of chipirones; a hunk of milk-fed lamb; gem lettuce with two anchovies draped lovingly across; tuna tartare; Josper-charred turbot; one bottle of Albariño; two pints of Timothy Taylor's Landlord; a mound of sticky rice; a gut-searingly hot mackerel curry; prawn and bamboo shoot hot-and-sour curry, filthily fiery; a neon-blue raspberry Jumbo Mr Freeze; one orange Mini Calippo; one carrot, dipped in salt; another slice of neon "cheese", sprinkled with Tabasco and wrapped around another frankfurter; a fistful of Tangfastic Haribo…

So, if I am what I eat, what does that make me? A greedy, fat, bibulous bastard, but you knew that already. It also makes me dirty. And not in the old-fashioned, top-shelf, Readers' Wives, "Up at the Crack of Dawn", "And prively he caughte hire by the queynte" way. I wish. No, because trapped in the righteously clear-eyed beam of the Clean Eating Cult, I'm scum. A diner at the dark web, an ill-nourished brute, a pediculous cur. Death stalks my every step, and hell follows with me. Get thee away, sucrose-sated Satan, with your septic sugar and defiled dairy, your festering gluten and heart-furring fats. My aura is out-of-kilter, my antioxidants askew, my alkaline balance screwed and my "wellness"…well, it's fucked.

Trapped in the righteously clear-eyed beam of the Clean Eating Cult, I'm scum. A diner at the dark web, an ill-nourished brute, a pediculous cur. Death stalks my every step, and hell follows with me.

Of course, the great Jean-Anthelme Brillat-Savarin—magistrate, mayor, itinerant violinist, and serious eater—ever actually said, "You are what you eat." Rather, "Tell me what you eat and I will tell you what you are." An aphorism that is as wise as it is delectable, in that you can glean all manner of information from your fellow man's shopping trolley. Not just appetites and tastes, but education and social status, nationality, culture, health and wealth. Food is both leveller and divider, source of sustenance and sorrow, provider of joy and succor, deliverer of woe and worry. Regardless of whether you live to eat, or merely eat to live, food is one experience we all share. But our relationship with our daily bread is often fraught and complex and, despite the billions of words written on the subject, we don't know quite as much as we would like. 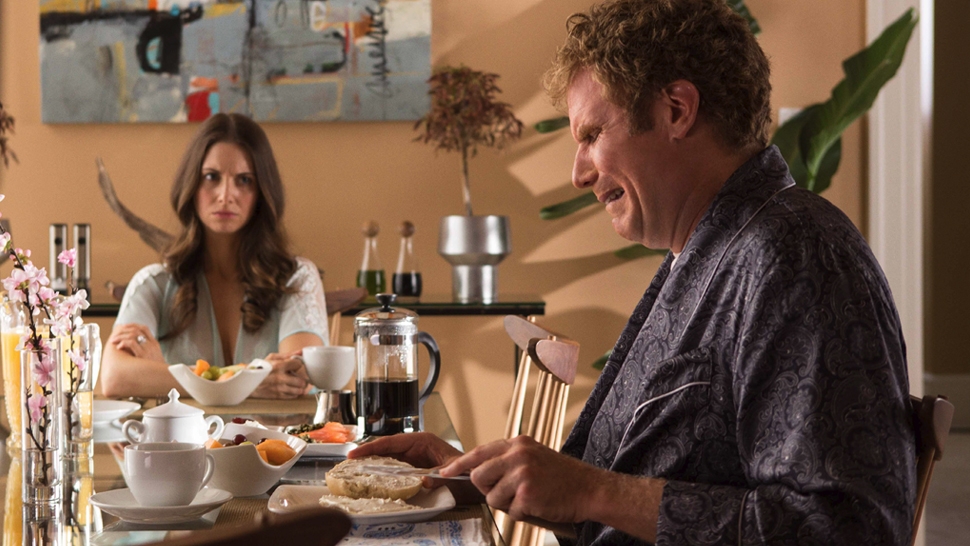 Because after millions of years of evolution, along with countless centuries of civilization, even the true experts—scientists, psychiatrists, behavioral economists, and qualified dietitians, with their brainpower and funding, their research laboratories and scholarship, their conferences, doctorates, and endless clinical or scientific peer reviews—haven't quite unravelled the mysteries of the gut. It's still as mysterious as Mars.

Which makes this whole "clean eating" malarkey all the more baffling, in that great swathes of otherwise intelligent, educated and rational folk throw away any notion of scientific fact and empirical evidence in order to hang on every inane uttering of witless rank amateurs, with no formal qualifications, save a pretty face, tight tummy and gleaming grin.

OK, so avoiding processed and refined food, along with stuffing one's gob with plenty of vegetables (organic, of course) is not exactly a plea to pass the Kool-Aid, Jim. It seems sensible enough, despite the fact that ham, salami, sausages, cheese, bread, pasta and most of the other things that give joy, are very much verboten. No, the problem is that if you define a certain way of eating as "clean", that means everything else is surely "dirty". Which turns lunch into a battleground, dinner into all-out war.

The problem is that if you define a certain way of eating as "clean", that means everything else is surely "dirty". Which turns lunch into a battleground, dinner into all-out war.

It's no longer "a little of what you fancy", or all things in moderation, rather food-based fascism, presided over by seemingly benevolent dictators of digestion, a totalitarian regime of the tummy. On the one side is Clean: natural, civilized, holistic, pure, cleansing and life-affirming. It's God (the nice one with the fluffy beard, not that vindictive bastard from the Old Testament) and the Good Witch of the North, Mother Teresa (the non-Hitchens version), and puppies with waggly tails.

On the other is Dirty: the dark side, the playground-lurking nonce; nefarious, artificial, dank and probably carcinogenic, too. It matters little that ricin, batrachotoxin, maitotoxin and botulinum toxin are four of the deadliest poisons on earth. And all as natural as a canvas bag of kale. No, eat Clean, say the born-again belly-botherers, and you'll look like us. All those aches and bad thoughts, the mood swings and bloating, the self-doubt, self-hate, and other sundry poisons of the modern condition will melt away like nut butter on hot quinoa. As if. 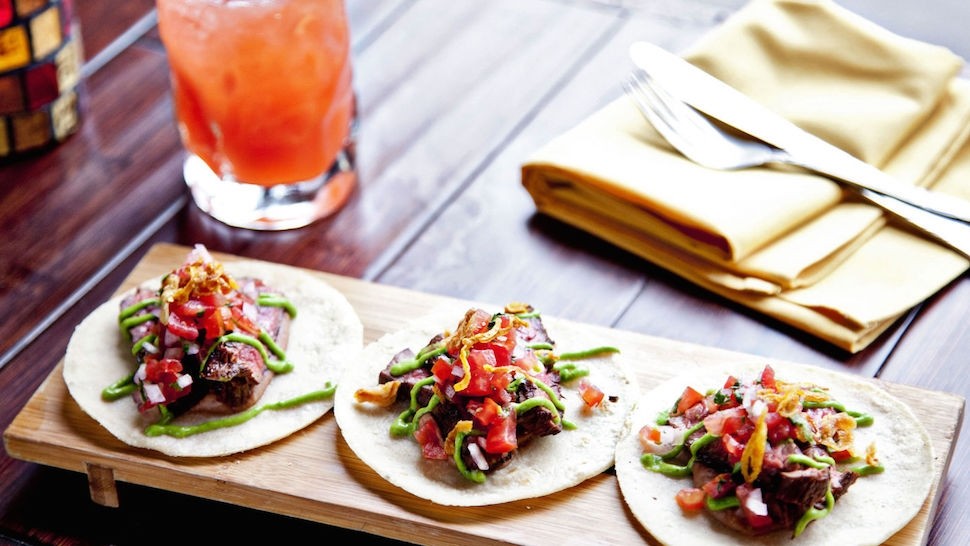 Now I'm as libertarian as the next man. I couldn't care less what you pour down your throat, be it Special Brew and saveloys, or hot water with maple syrup and cayenne pepper. "What is food to one," said Roman philosopher-poet Lucretius, "may be fierce poison to others." And as world-weary cynics, we have little problem swatting away this swarming idiocy without breaking a sweat. Just as we do when faced by six-day juice diets that promise to "detox" the body (the liver and kidney do that pretty well). Or the raw-food diet that swears to make everything better or, more bonkers and brain-dead still, the notion that our bodies are at their best when in an "alkaline" state. Complete claptrap, the whole bleeding lot. For more brilliant debunking of diet myth and legend, run out and buy Anthony Warner's book The Angry Chef. It should be part of the national curriculum.

But fads are one thing; an acceptance of the benefits of "clean eating" as scientific fact, quite another, especially when they concern the treatment of serious, often fatal diseases. As Ian Marber, a well-respected nutrition therapist and one of the few voices of reason on the subject makes clear, "People, as well as the media, want black and white. And the complexities and grays of nutrition are boring. And complex. So it's much easier to say things are either good or bad. Everyone wants nutrition dumbed down, into easily digestible bites." The magic pill, sugared with half-truth, fantasy and fallacy.

It is a magic pill that is too often taken as gospel truth by the impressionable, body-conscious teenager. Food writer Bee Wilson, eternally intelligent and pragmatic, quotes Dr Mark Berelowitz, an eating disorder specialist at the Royal Free Hospital in north London, in her blog. He says between 80 and 90 per cent of his patients were on clean eating diets. That's truly shocking. An entire movement, a multi-million pound phenomenon, has spouted forth, like a soul-sucking biodynamic triffid, without even the merest basis in fact. And spawned a whole new generation of eating disorders.

"Fads are one thing; an acceptance of the benefits of "clean eating" as scientific fact, quite another"

Pixie Turner, a blogger and nutritionist, agrees: "I believe the concept of clean eating started from a good place, with the intention of improving the nation's diet, but is now associated with such a high volume of misinformation, pseudo-science and disordered eating behaviors, that it's beyond saving. Not that I believe it should be saved." And she rails, quite rightly, at such divisive terms. "I strongly oppose the use of moral language such as 'clean' and 'dirty' to describe food, as it pushes those labels on individuals consuming that food. It promotes a disordered and unhealthy relationship with food. No food is inherently good or 'clean', no food is inherently 'dirty', and no food should ever make you feel guilty." Amen to that.

Turner is especially interesting, because she started out as a clean acolyte. "I was only 20 and very impressionable when I fell in to the clean eating trap. I thought I had no reason to doubt what these people were saying online, and figured if I ate like them I could look as radiantly healthy as them. It wasn't until I met a group of Australian wellness bloggers, and one of them proudly stated, 'I would never vaccinate my children' that something in my brain switched. I realized that I didn't belong with this group at all, and what they were saying was potentially dangerous." Not just alternative, or wacky, or a touch empty-headed and spurious, but downright bleeding dangerous.

People want black and white. And the complexities and grays of nutrition are boring. And complex. So it's much easier to say things are either good or bad. Everyone wants nutrition dumbed down, into easily digestible bites.

"The whole thing is utterly joyless," cries Marber. "Normal desires are seen as bad. The stuff we know, about eating a sensible, balanced diet with lots of lean protein, nuts and seeds, complex carbs, some alcohol and minimal sugar is very dull." But it does happen to be right. What, then, does Marber advise? "Balance, moderation and pleasure. You've got to enjoy it."

Turner agrees, saying, "Eat a balanced diet with as much variety as possible, including foods that make you happy." Happy. Now we're talking. No culinary apartheid, bullshit or scaremongering, just a sensible approach to what we put in our gobs.

So, it's time to take clean eating outside, offer it one last cigarette, then shoot it through the back of the head. The unifying power of the table is immense, the simple act of breaking bread together one of life's fundamental pleasures. Good food should bring people together, not hew them apart. It's about joy and delight, succour and satisfaction, be it a Big Mac, Bounty, or biodynamic blueberry. Forget about clean and dirty. And for God's sake, enjoy it. 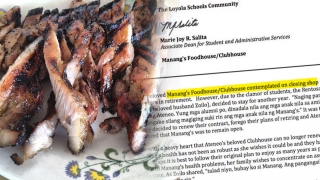 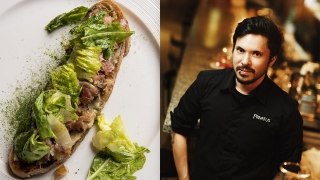