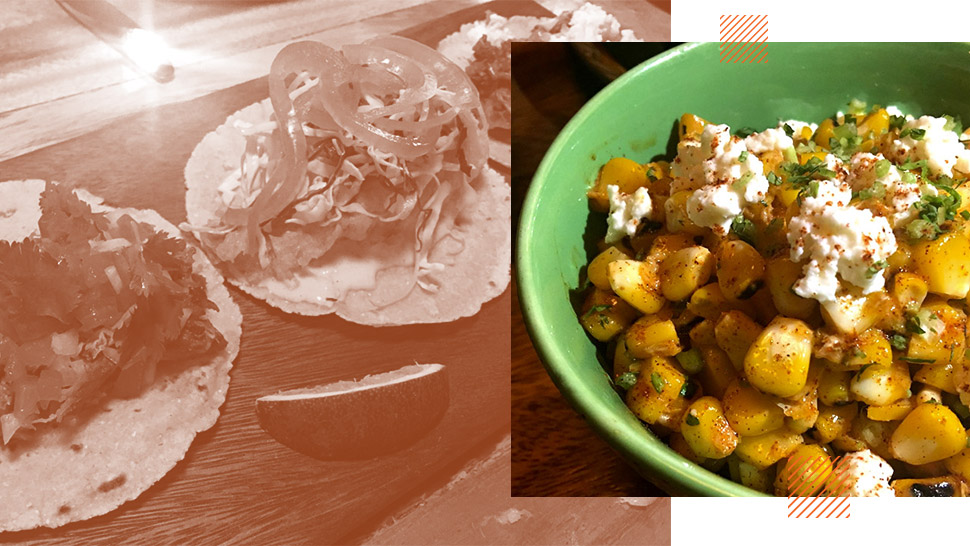 There are stories all over Hacienda Comida Y Cocteles, from the walls covered in commemorative stamps and souvenirs to the photo of President Manuel L. Quezon with Mexico president Lazaro Cardenas to the loud, joyful banter at every table. Even the margarita, a namesake of co-owner Steve Mills, is something to be talked about.

A blend of Ocho Blanco tequila, Bols triple sec, and topped with Canadian rhubarb bitters, Steve's Margarita pays homage to the former DJ's history—his love for the slowly produced tequila brand as well as his Dutch and Canadian roots. "I grew up eating rhubarb planted in my grandmother's backyard," he recalls. (Pro tip: Ask for the off-menu "Steven's Margarita" named after co-owner Steven Carl to enjoy a double shot of tequila instead.)

This is what Hacienda is all about, finding comfort in the common. It does more than fix you up with a taco on Tuesdays. Mills talks about the shared history between the Philippines and Mexico, which he believes needs to be celebrated more. "Both countries have a connection with Spain, we both have a polarized relationship with the United States," he explains.

"What other country in the world has the same name for a dish but they're completely different?" Mills says as he explains their menudo (pieces of tripe in a savory stew). "At some point, there must have been just one menudo and it influenced the other one." 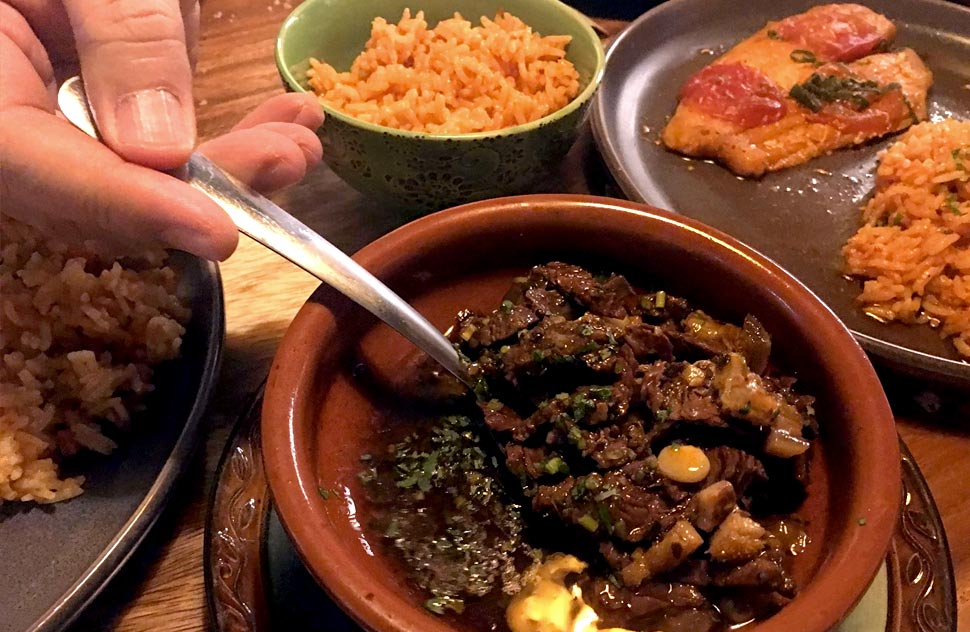 The menu is only three pages long, but Hacienda goes beyond the typical short-order cooking most Mexican restaurants get away with. In fact, even the welcome shot of tequila is meticuously prepared: pure agave tequila with orange peel and peppercorn that's fermented for four days. "People are introduced to the tequila with the Cuervo and thy fall out of love of it as quickly as they fall in love with it. This one is more sophisticated for sipping...It will reintroduce you to tequila," says Steve. 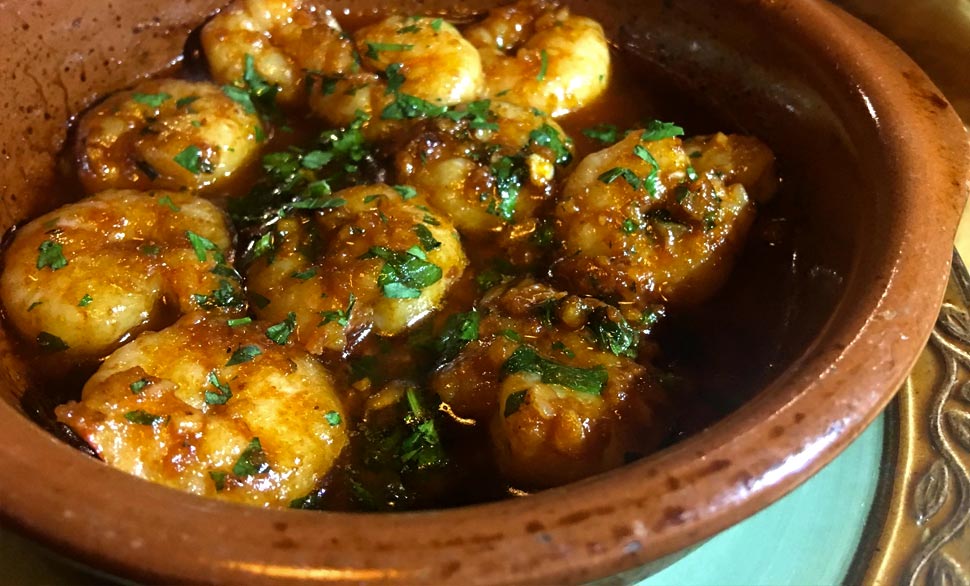 Hacienda doesn't fall into the trap where the burritos and the tacos and the nachos are all but interpretations of the same flavor. The tacos are distinct from one another, each flaunting its own tell-tale flavor profile: a lighter fish, a smoky pulled pork, and a sweeter chicken. The chips—all made from imported corn masa and fried to perfection—come with either the Queso Fundido (the favorite of Liza, Mills' wife), a gooey cheese and chorizo combination or some good ol' guacamole. The Camarones al Ajillo is similar to gambas, but made with compound butter instead of oil. Still, you'll wish for some rice to go with it. 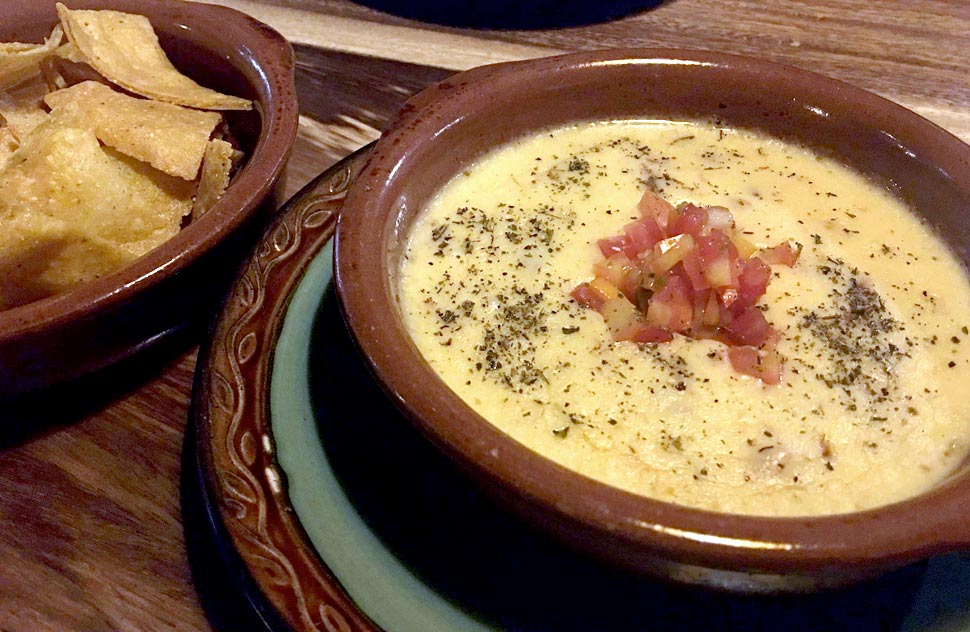 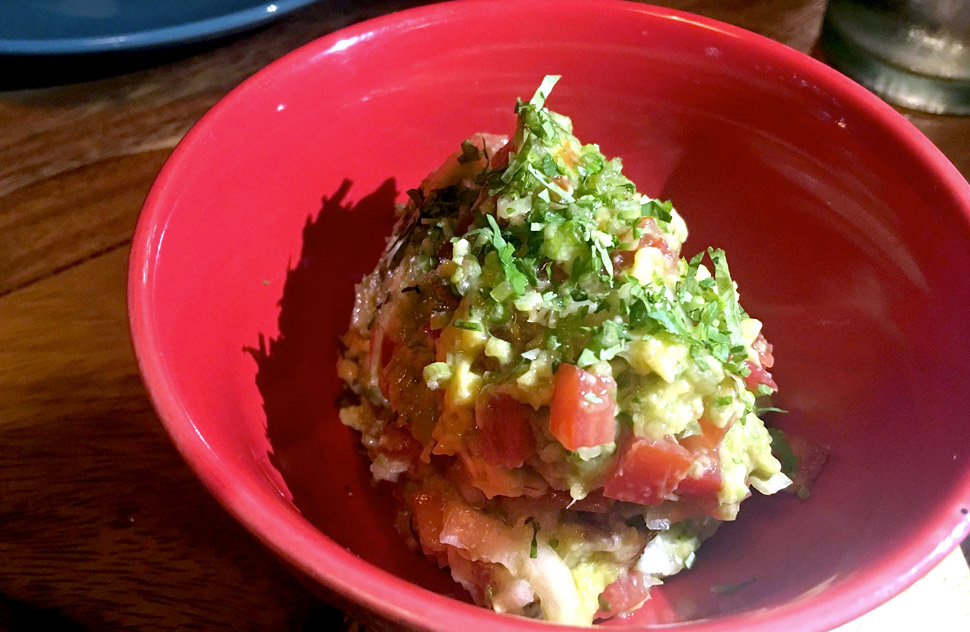 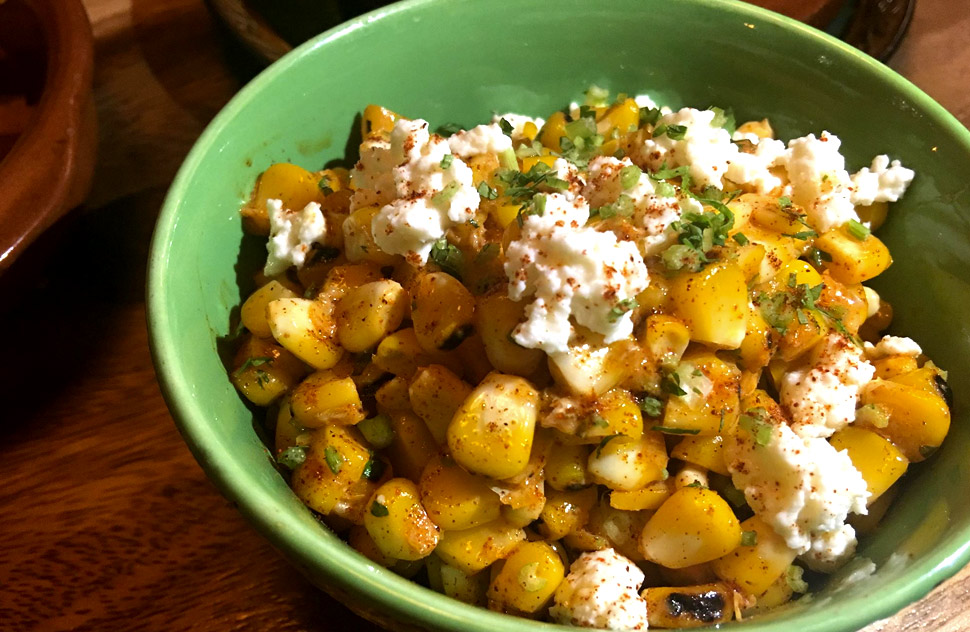 There are no burritos, but there's carne asada, a perfect medium rare hanger steak with mashed beans, chips, and seasoned rice. The fideo is a Mexican spaghetti that's deliciously tart while the pescado empapelado will make mouths water as soon as its rolled out of its foil package. 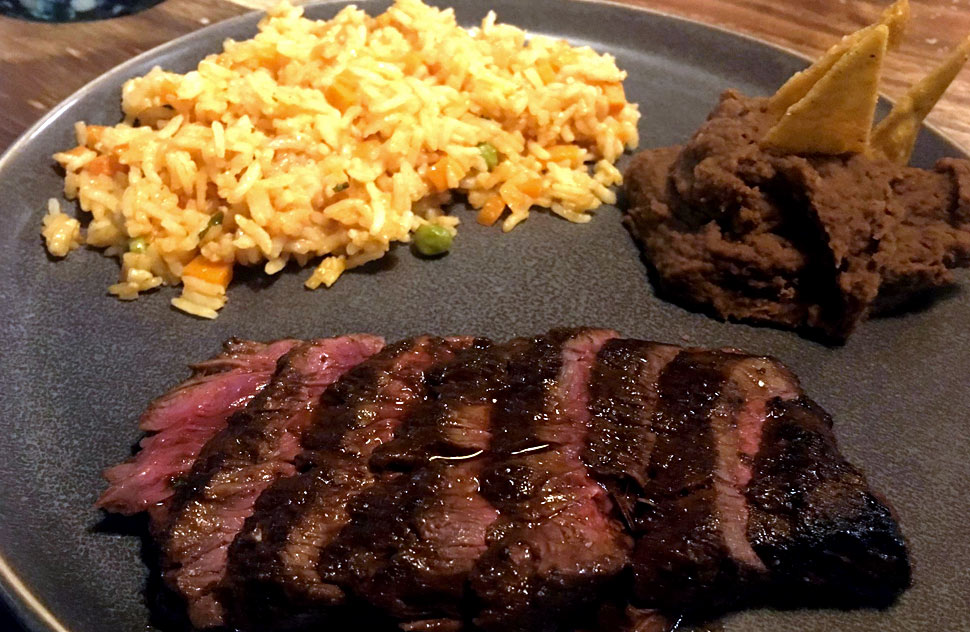 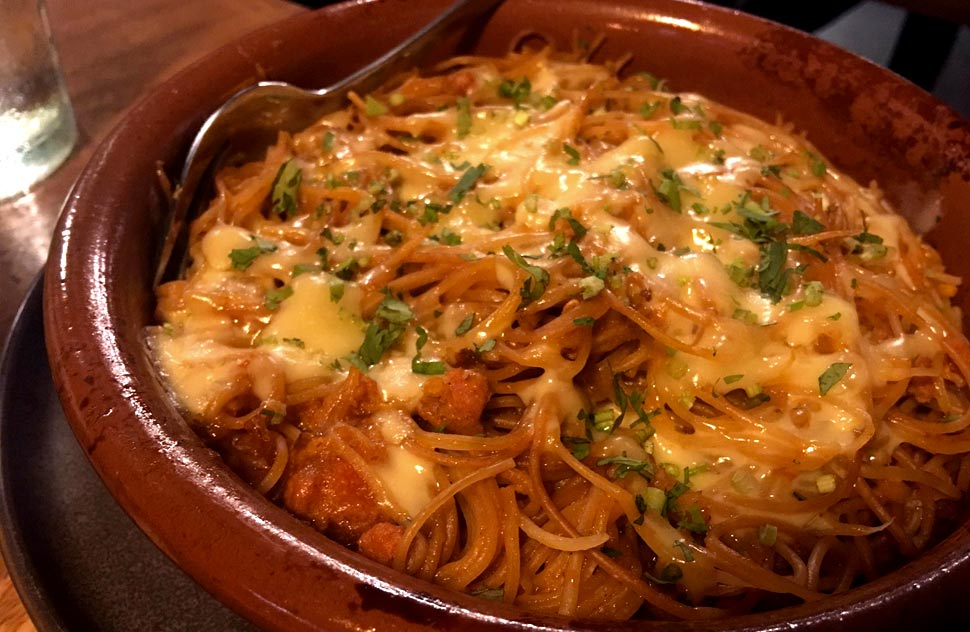 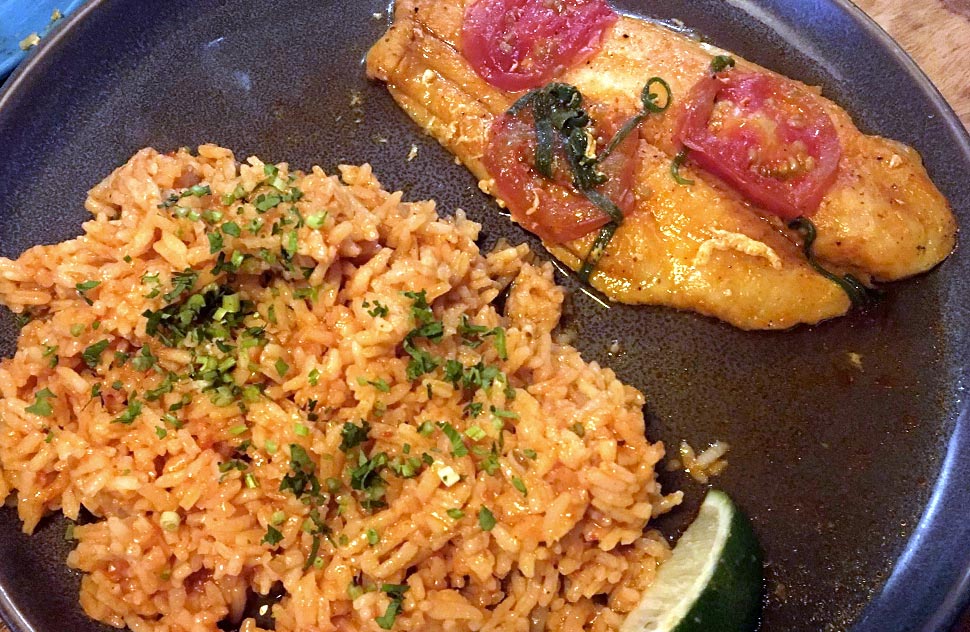 Mexican restaurants usually turn a blind eye to desserts, but Hacienda finishes strong. The tres leches has sponged up most of the sweet cream beneath. A slice is both refreshing and light, an idael cool down after a fiery meal. Liza, on the other hand, opts for the heavier brownies—dense blocks that are more chocolate than cake wading in a pool of tequila-laced caramel. 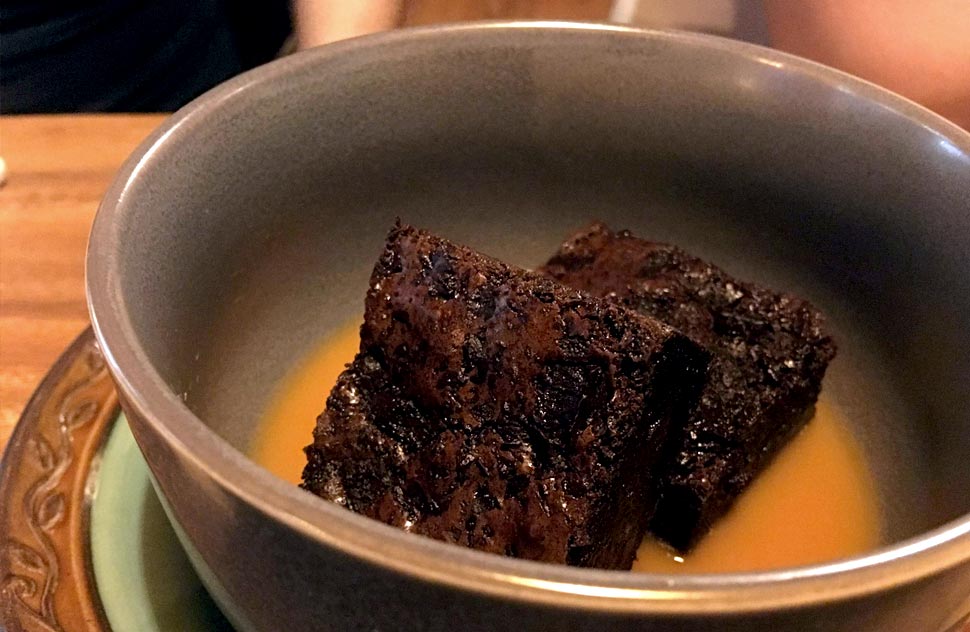 There are more things to talk about in Hacienda: the murals inspired by Steve's travels to Mexico, the 11 kilos of habanero he accidentally ordered for his secret hot sauce, the carefully concocted cocktails. But thankfully, you can always come back. 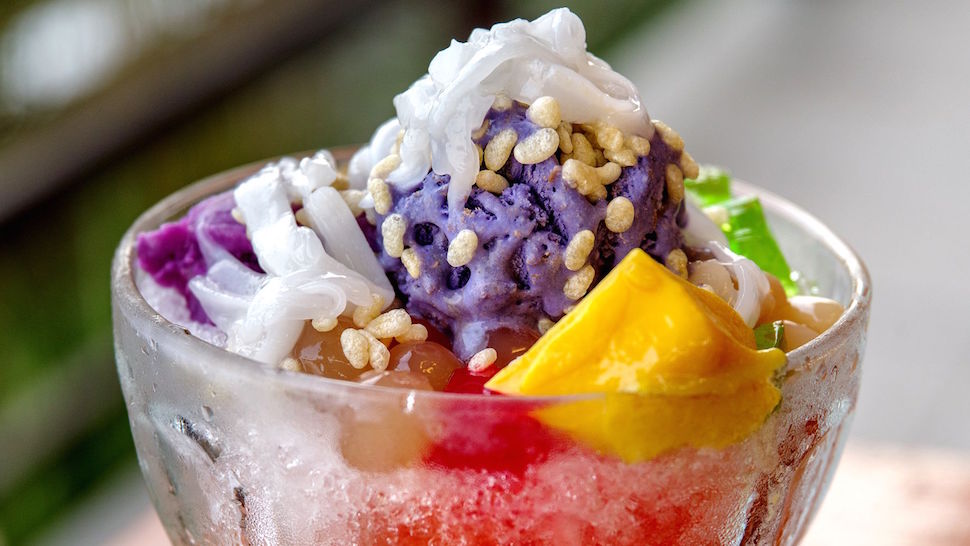 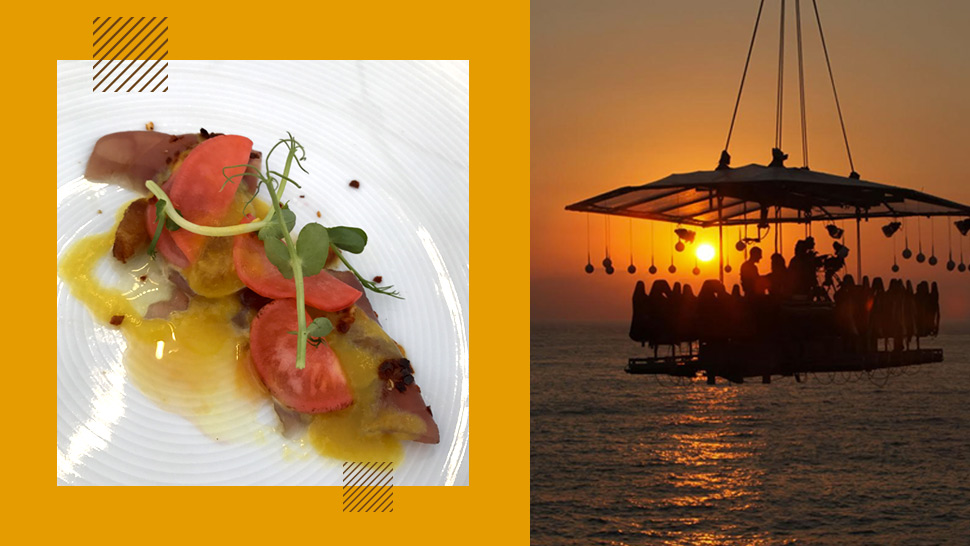 Don’t Look Down: One Anxious Writer's Take on Dinner in the Sky
All Photos
Comments
View As List