The Best Food Halls in Manila, An Official Power Ranking 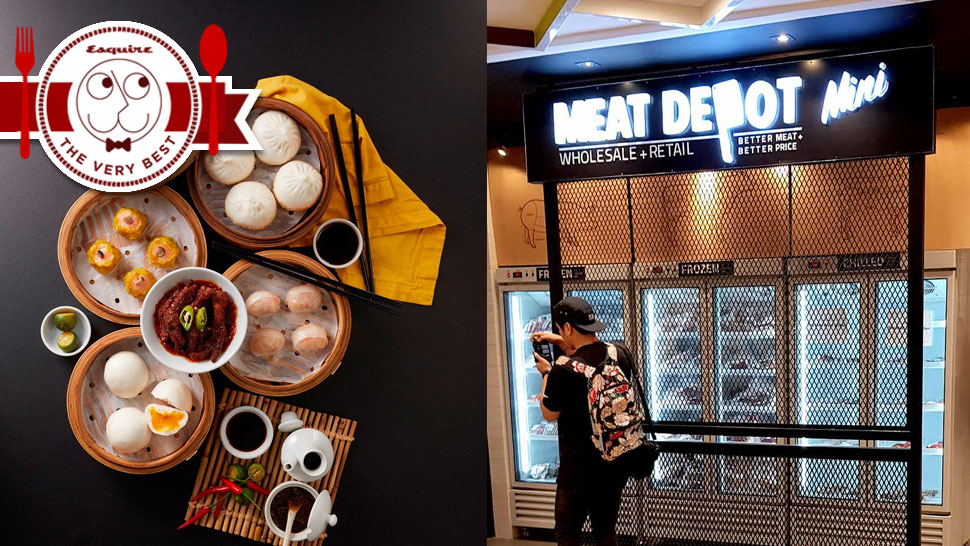 In the 1980s, everyone hung out in food courts, because that was where you could buy cheap eats that fit your student budget. The Valley Girls were there in 1983. Even Dusty in Stranger Things enjoys cold treats from Scoops Ahoy, courtesy of his pal Steve Harrington.

Today, with a more sophisticated mall culture, the food court has been replaced by the food hall. It’s the same concept of being able to hang out at a place with a variety of choices that make it easier to go dutch with friends for lunch or dinner, but at more elevated eating and upscale prices. There are a few that have sprung up in convenient locations within the metro, and we have taken the task of ranking them according to the food stall offerings, the ambience, and service.

If there’s such a thing as a VCSO Girl, Eden is her basic sister. This food hall more than adequately serves its purpose of giving the all-nighters in the BGC area more meal options other than the fastfood restaurants and convenience stores. Open 24 hours from Mondays to Saturdays, it offers quick, affordable, eat-and-run/grab-and-go food fixes from stalls like Bulacan Lugaw, pork skewers from Cuisiniers, premade Go! Salads, Isaac’s sausage sandwiches, Pepa Wings, Suki-Gyouza, and Ramen from Tomo Chan. It also offers entertainment on Fridays via live music performances until midnight.

It is decidedly more upscale, with colored chairs and more elbow room, but even though it is situated on the Fashion Hall side, it still has an inkling of that SM food court feel without leaving you smelling like food after you eat. Maybe it’s the way that the stalls are set up, but you just know that you are at SM—which is not necessarily a bad thing, we hasten to add. It’s a good respite from exploring the mall and you get a good, solid meal. The highlights of the Mega Food Hall are Saboten Express, Tex Mex Manila, and Frankie’s Wings for filling meals, along with Nav Modern Thai for the laksa and pad thai, plus a stall called Waffos for carb-laden treats.

Somewhat in between a food court and a food park, Malingap Central Food Hall provides variety in an air-conditioned setting. The team behind it are chef Ed Bugia, Star Jose, and PJ Lanot, the same trio behind Pino, Pipino, and the BRGR Project. The strict selection of purveyors narrowed the stalls down to 11, including burger favorite Sweet Ecstasy and the Veggie Guys.

It’s a straightforward food hall, with easy choices for food and drink, a concept that is much appreciated by mallers who just want a place to rest in between a shopping session. The interiors are meant to be urban and hip, with witty/cute elements on the walls and posts and pretty nice lighting. It’s not really meant to be a place to lounge, but it’s a good solid spot to grab a meal from the stalls that range from Binondo Wok, Banh Mi Kitchen, Pepper Lunch, Coco Ichibanya, Yumi, Sbarro, Birdhouse, and General’s Lechon. It also has a Craft Salad bar for those seeking greens and Cargofish for those who want to dive into fish and chips. There’s a Habitual Coffee stall for that Flat White fix too.

The mother of all local food halls, Hole in the Wall started the whole wave of malls busting out more high-end omnibus culinary locations. Though food halls began invading other countries much earlier, Hole in the Wall was revolutionary in Manila in 2014. When it opened, it was led by a strong group of chefs including Miko Aspiras, JP Anglo, and Jeremy Slagle. It's changed a lot through the years, but we wouldn't be having lists like this without it.

It was—and still is—a great pit stop if you are on your way to watch a movie at the Glorietta cinemas as it is located just an escalator ride away from the theaters. The OG food court closed shop a while back, but for a good reason: In keeping with the renovations taking place in the Glorietta mall, which has been around since 1991, the Food Choices section got a glow-up as well. It now sports a more “Instagrammable” look, with neon signs and potted plants for a tropical feel. The best tables are still the ones that are situated near the windows that give a glimpse of the skyline, but the chairs are now more comfortable than before. The lineup of merchants is a combination of old standards such as Reyes Barbecue, El Presidente of Binondo, and World Chicken and newer members of the court including Shawa Mama, Mesa Steak Sizzlers, Wangfu Express, and BKK Express—which are basically bite-sized iterations of popular restaurants, along with new favorites from Birdhouse, Farmery, and Peppy Olive. There’s even a place that sells old-school kakanin. For those who want to unwind after a long day at work, there’s a wine bar, and those who need to stay up can head for Nitro 7 coffee and tea.

This Relish Group-run food hall offers a bright spot on The Podium's roster of eats. Corner Market hits it big with variety: it has vegan, Vietnamese, Thai, Korean, Mexican, Singaporean, Spanish, and even a sweet shop that caters to the Keto crowd. The best part is that you can also do a bit of shopping here: concessionaires like Meat Depot, Cold Storage, and Gusto let you shop for fresh meat, seafood, and vegetables, respectively. CaPhe Saigon even supplies customers with fresh herbs still in their pots. Compared to other food halls that adopt restaurant sensibilities (like waiter perks), the Corner Market is still largely self-service and water has to be purchased by the bottle. Still, the prices are competitive, at least for a food court at The Podium; it just needs to get rid of those wire chairs.

2| My South Hall at S Maison 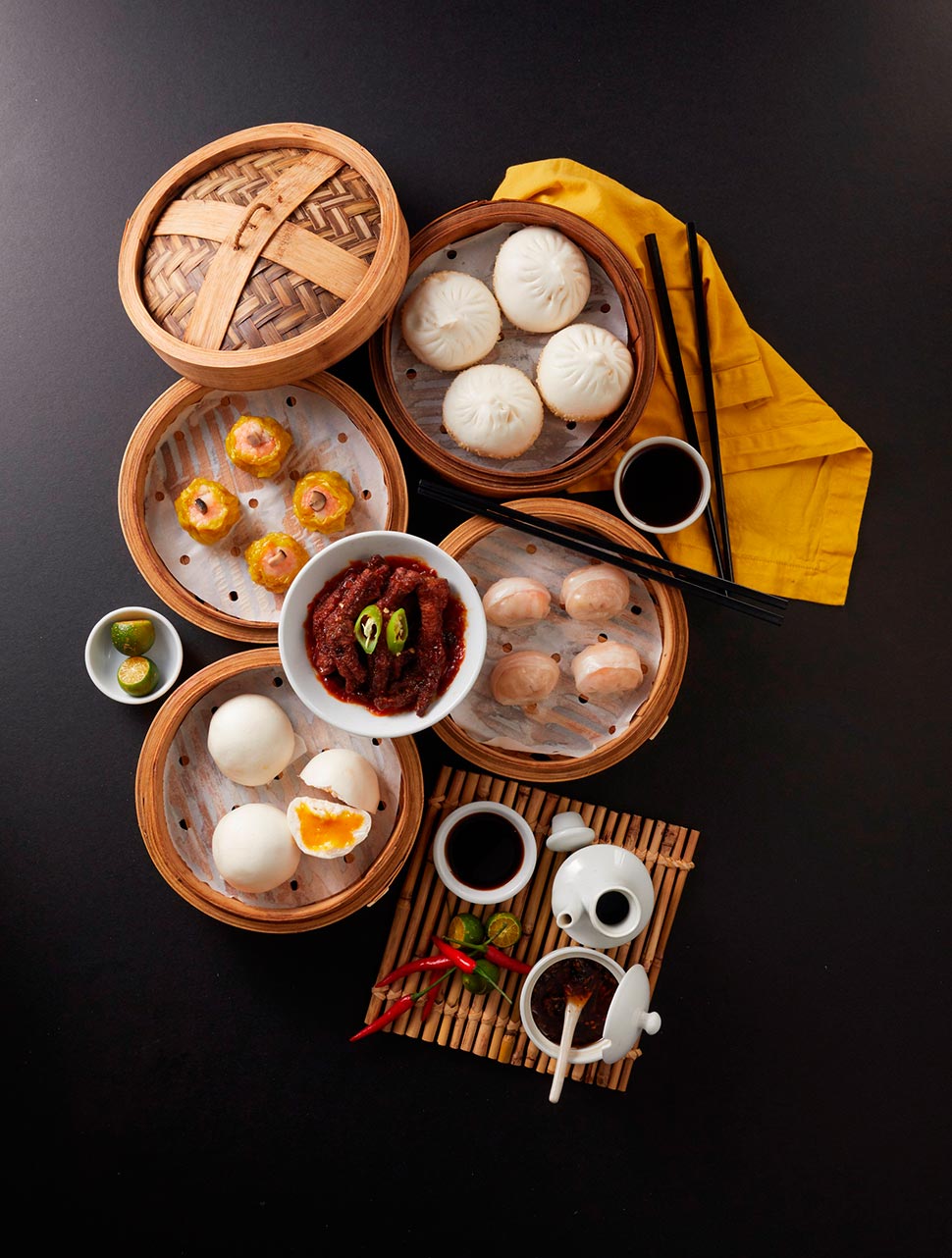 Unlike other food halls, all the items on offer at My South Hall have been curated by culinary savant Josh Boutwood. The chef, who has made his name not only as the long-running executive chef of the Bistro Group but also as the creative mind behind maverick concepts such as Helm and Savage took all the elements of what constitutes as an enjoyable meal for Filipinos and gathered them all together in one place. There’s Japanese cuisine with ramen and rice bowls, Korean hotpot, Chinese noodles and dim sum, burgers and wings, pizza and pasta, plus milk tea and fruit shakes. As for the ambience, it gives enough room to romp along the tables and stalls, it’s brightly lit, and very clean. The service is up to Bistro Group standards, so it makes for an enjoyable meal.

Power Plant's delicious excuse for a food court comes in the form of The Grid, which has over 15 chef-driven and high-concept stalls, like chef Happy Ongpauco Tiu's Le Chon, chef Bruce Ricketts' La Chinesca, and chef Patrick Go's Gochugang. It even has Samyan, a Thai concessionaire led by chef Ton Tassanakajohn of the Michelin-starred Le Du. There are spaces for Bun Appetit, Risa Chocolates, Le Petit Souffle, and Bucky's. What The Grid manages to do that other food halls don't is effortlessly combining the efficiency of a food court with consistent quality and service in a cool modern setting. The Grid invites you in: the chairs are plush and comfortable, making you feel like you could stay for hours on end without the staff giving you the evil eye to make room for the next customer; EDSA BDG provides a watering hole at the center, complete with booze. (House water is also available.) Plus, you don't leave carrying the stench of food in your clothes because no one wants to go about their shopping smelling like fried chicken. 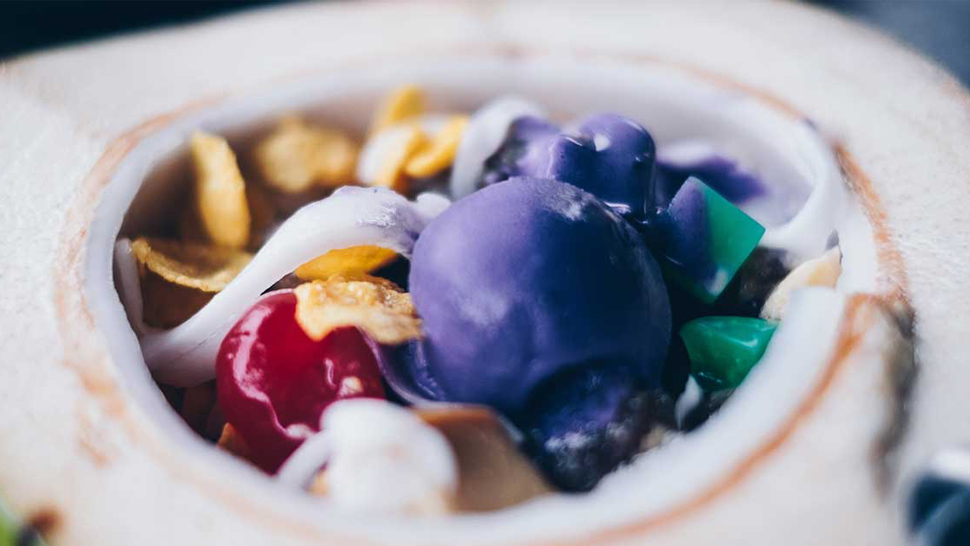 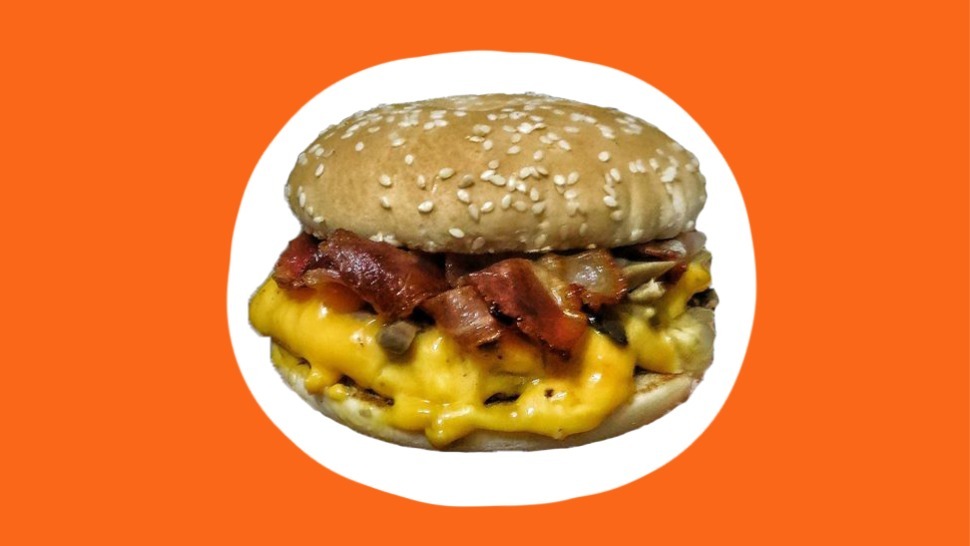